Sinking into the Cold Dark Depths of Leicestershire’s Stoney Cove

While England may be known for its rainy weather, ancient Stonehenge and talented musicians, like the Spice Girls, don’t discount this country’s love for scuba diving – something we got to thoroughly experience while road-tripping across this island.

Scuba Diving in the United Kingdom

There’s no question about it, the United Kingdom is one of the cold water diving capitals of the world. In fact, with 12,429 kilometers (7,723 miles) of coastline and over 40, 000 inland bodies of water, this island is very connected to the sea.

One would think that being an island should mean that coastal diving locations are plentiful in the UK, but even still the diving community has turned towards inland diving amid lakes, lochs and quarries, for training, keeping skills sharp and fun. 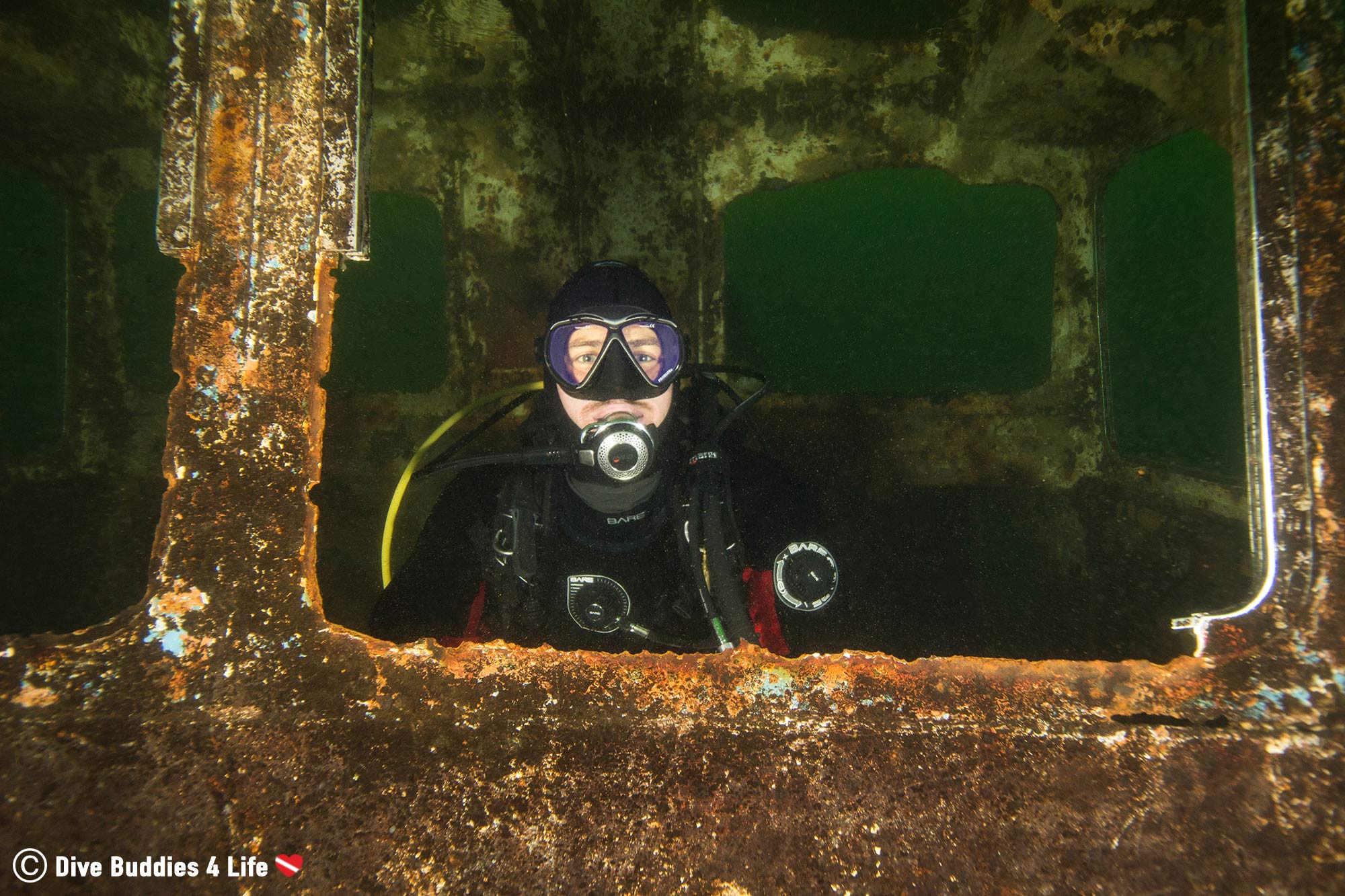 Stoney Cove is self-described as the UK’s most popular inland diving center. It is one of three that lie within the village of Stoney Stanton. The other two have been infilled. Stoney Cove and ultimately Stoney Stanton is situated in the county of Leicestershire, central England.

The quarry first began at the start of the nineteenth century when granite was used to repair roads. In 1850, a railway line was built to move granite from the bottom to the top of the pit. When quarrying died out in 1958, spring water, which had been a constant problem during the pit’s working years, was allowed to flood the quarry.

Diving in the quarry first started around the 1960s. During this time, the quarry was primarily used to train commercial divers en route for the North Sea oil fields. As scuba diving gained popularity, Stoney Cove transitioned into the amazing underwater adventure park it is today. While the site is widely enjoyed by all levels of divers, it is still used to train police divers, US Air Force and even the Historic Diving Society. 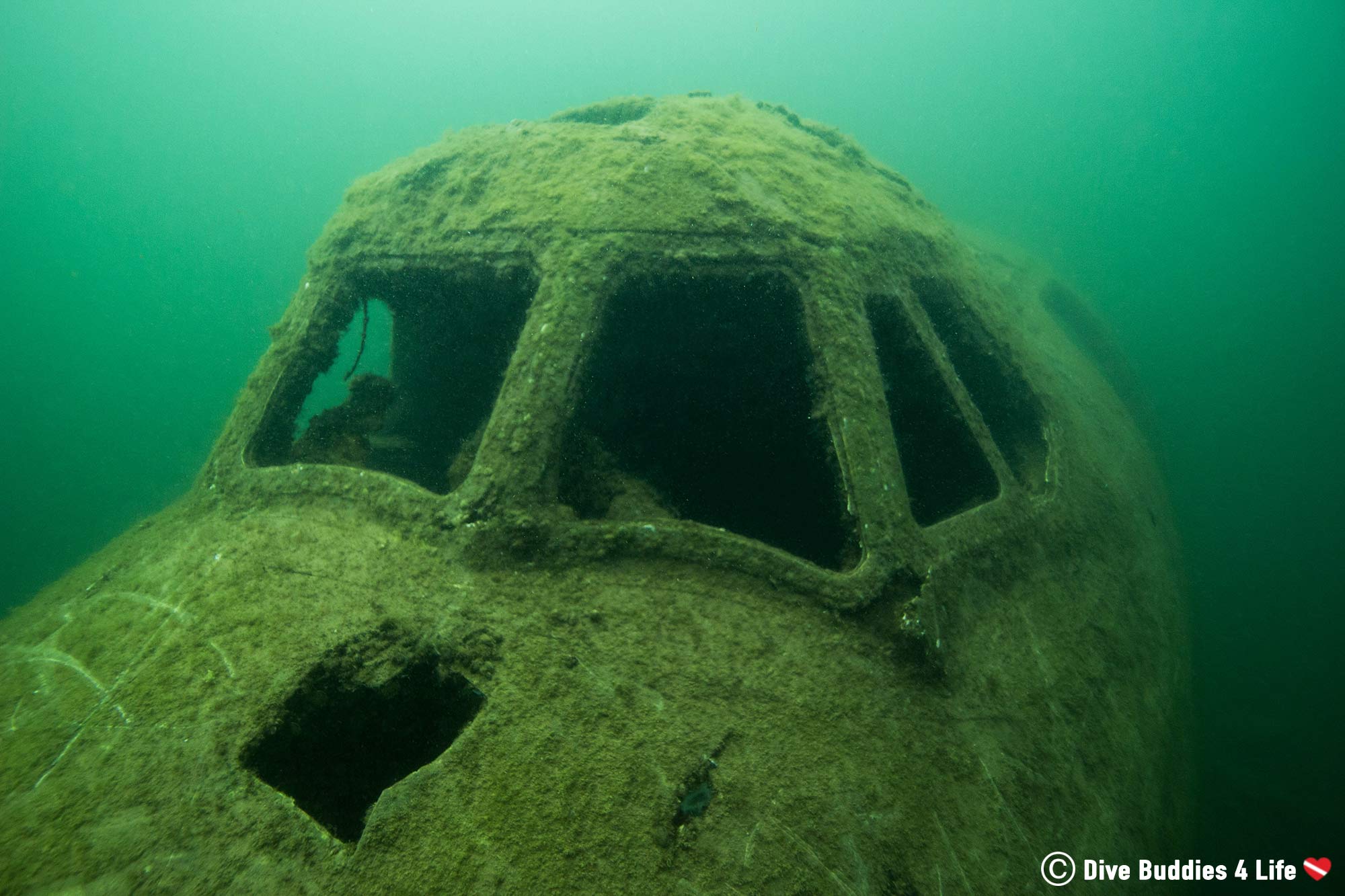 Stoney Cove now has numerous underwater attractions both original and deliberately placed. The site includes a helicopter, bus, boats, armoured cars and even a submarine. There is also plenty of fish life such as perch, roach, pike and crayfish. The deepest part of the quarry is known as “The Pit” and reaches a maximum depth of 35 meters (115 feet). 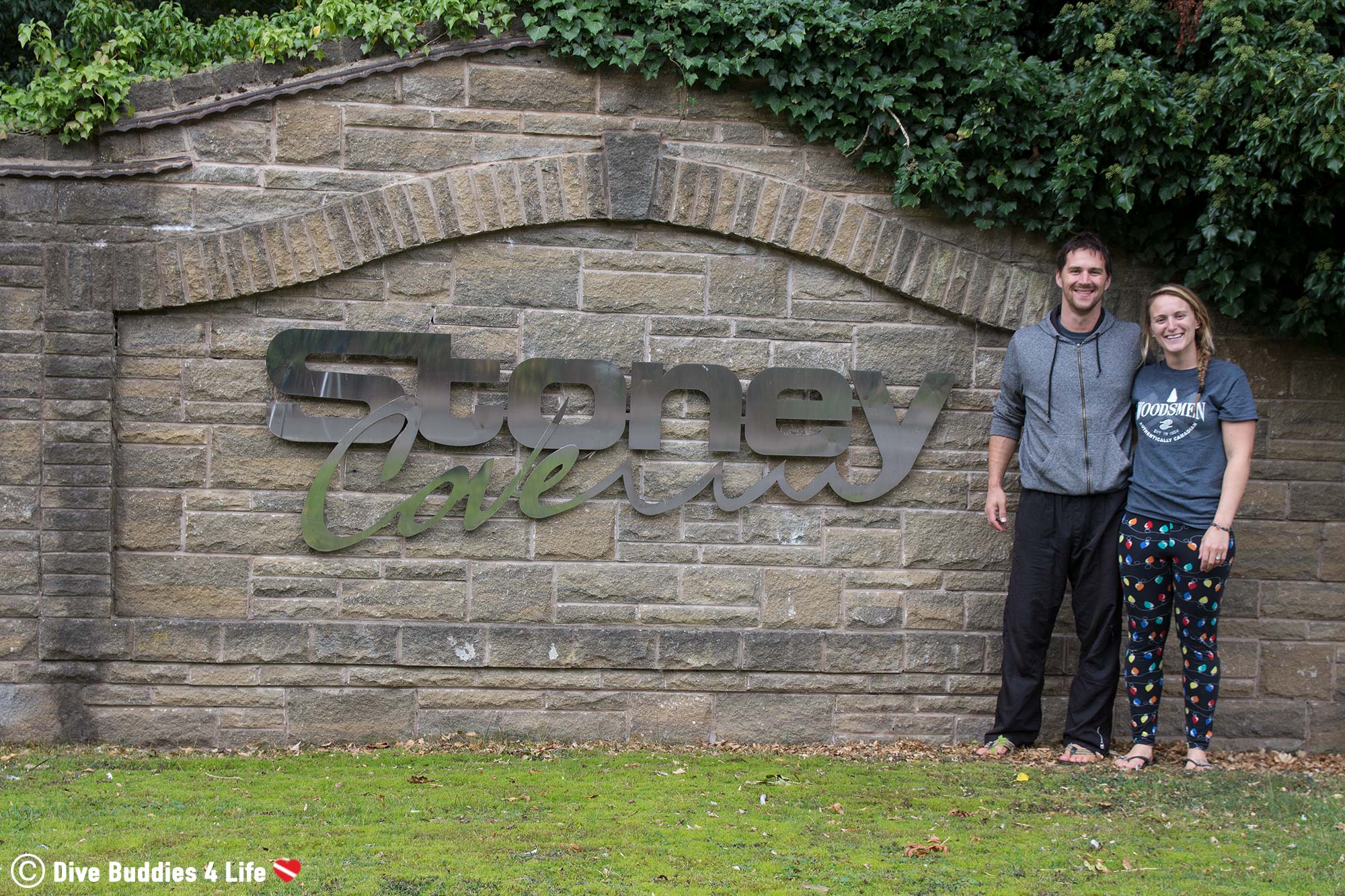 Touring England and Enjoying a Dive Stop at Stoney Quarry

Stoney Quarry was a much-needed dive stop on our way to visit Robin Hood and his band of merry men in Nottingham and Sherwood Forest. We planned to visit the quarry in the middle of the week as we had heard from many fellow divers at Chepstow and Vobster dive sites, that Stoney was a very busy and very popular inland diving spot. 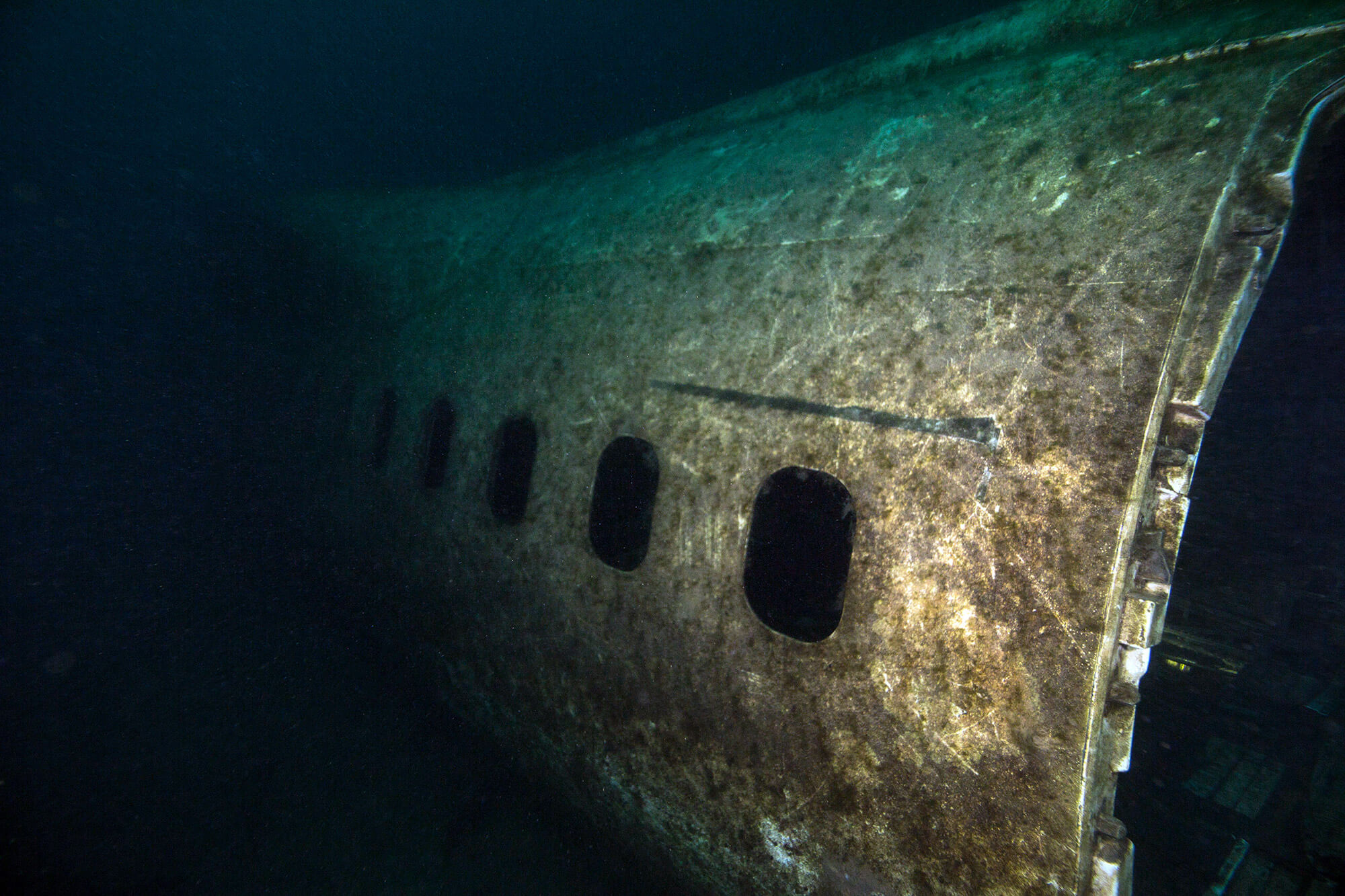 Scuba Diving in Chepstow Quarry: Nothing compares to the thrill and chill of diving to a helicopter, airplane, army car, and double-decker bus all in one submersion. Don’t miss your chance to visit the epic scuba diving jungle of Chepstow Quarry in England.

Our first impression of the diving area was that it was very quiet. Apart from Joey and me there were only two other groups of divers enjoying the cove’s secluded waters. Not that we were complaining! We had purposely skipped weekend diving to avoid the crowds. Yet still, being one of the most popular diving quarries in the country, we had expected to meet way more people.

Suiting up from the back of our vehicle we made our way to the dock and hopped into the water.

In our first of two dives we went deep exploring much of the left side of the quarry. We went as deep as 22 meters (73 feet) which in the plankton-rich waters of this quarry made it very green and dark. Some of the sunken items we had fun exploring included the Trawler MV Belinda, an APC Tank, the Wessex Helicopter, a School Bus, The Stanegarth ship and the Defiant Tugboat. I really enjoyed the Defiant and the helicopter.

The Defiant Tugboat is a Dutch tub with an interesting and perhaps “folklorish” war history. Rumour has it she was brought to England by two men escaping the Germans during World War II. In size the Defiant measures 14 meters (46 feet) long and while she is not the largest of the boats sunk at the bottom of the quarry, the Defiant is a joy to observe. 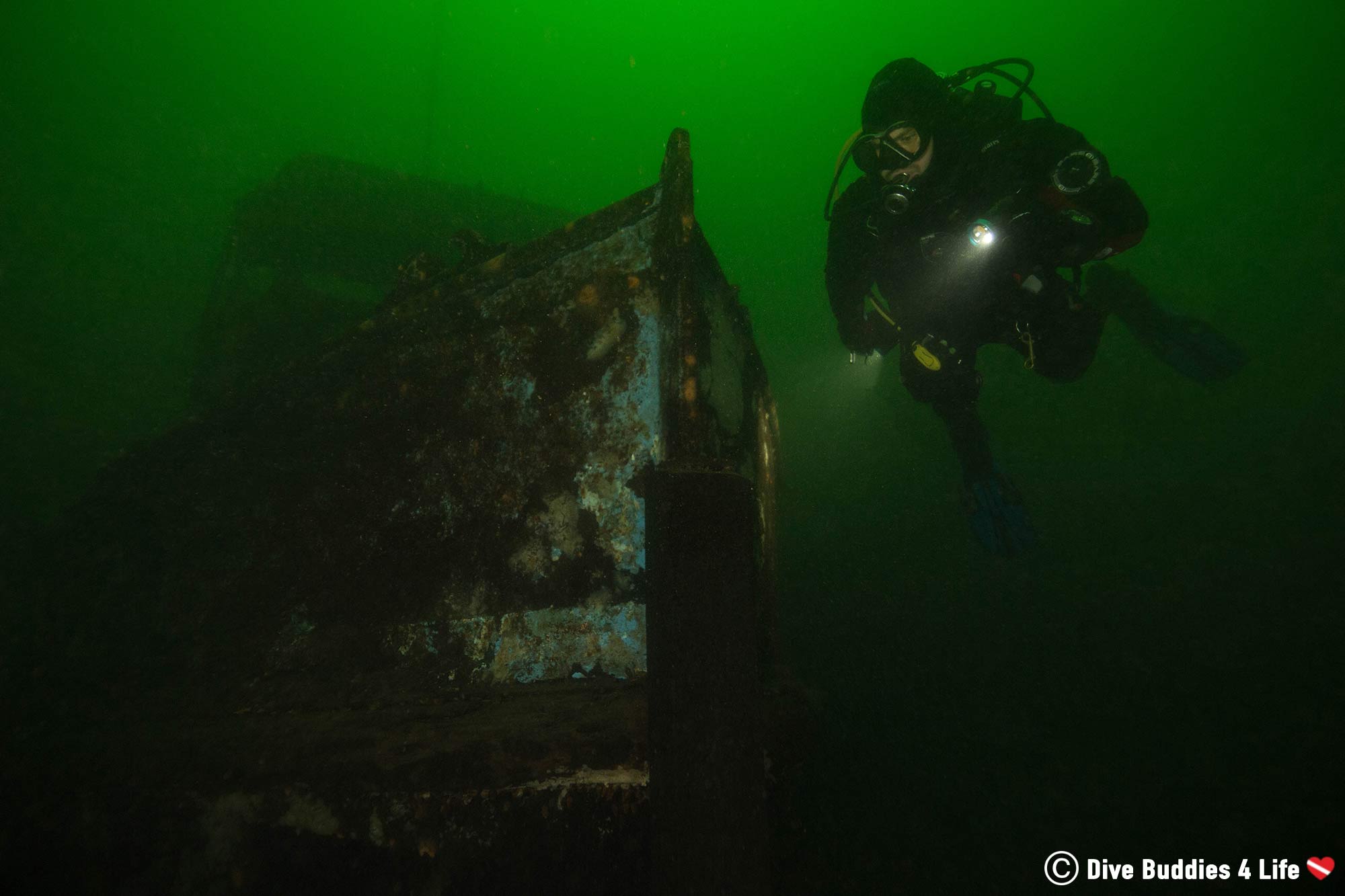 The Wessex Helicopter was bought from the Royal Air Force after flying for less than 700 hours. The copter was stripped of parts and the rotator blades were removed before the sinking. In spite of being a shell of its former self, thanks to divers looting the wreck for souvenirs, this helicopter is interesting to see and dive.

Our second dive was spent slightly shallower in the grubby green benthos. We stayed in front of the entry docks and along the gradually descending ramp. On this dive, we spent lots of time finding and photographing the aircraft cockpit, work frame, nautilus, the archways beneath the pub and the loch ness monster.

Of course, the monster and the aircraft cockpit were cool but the show-stealer was obviously the nautilus resting in 7 meters (22 feet) of water. The Nautilus is a unique piece of dive art reminiscent of Captain Nemo’s underwater world created by Jules Verne. This submarine-type wreck measures 10 meters (32 feet) long with a looming bow and massive stern propeller. 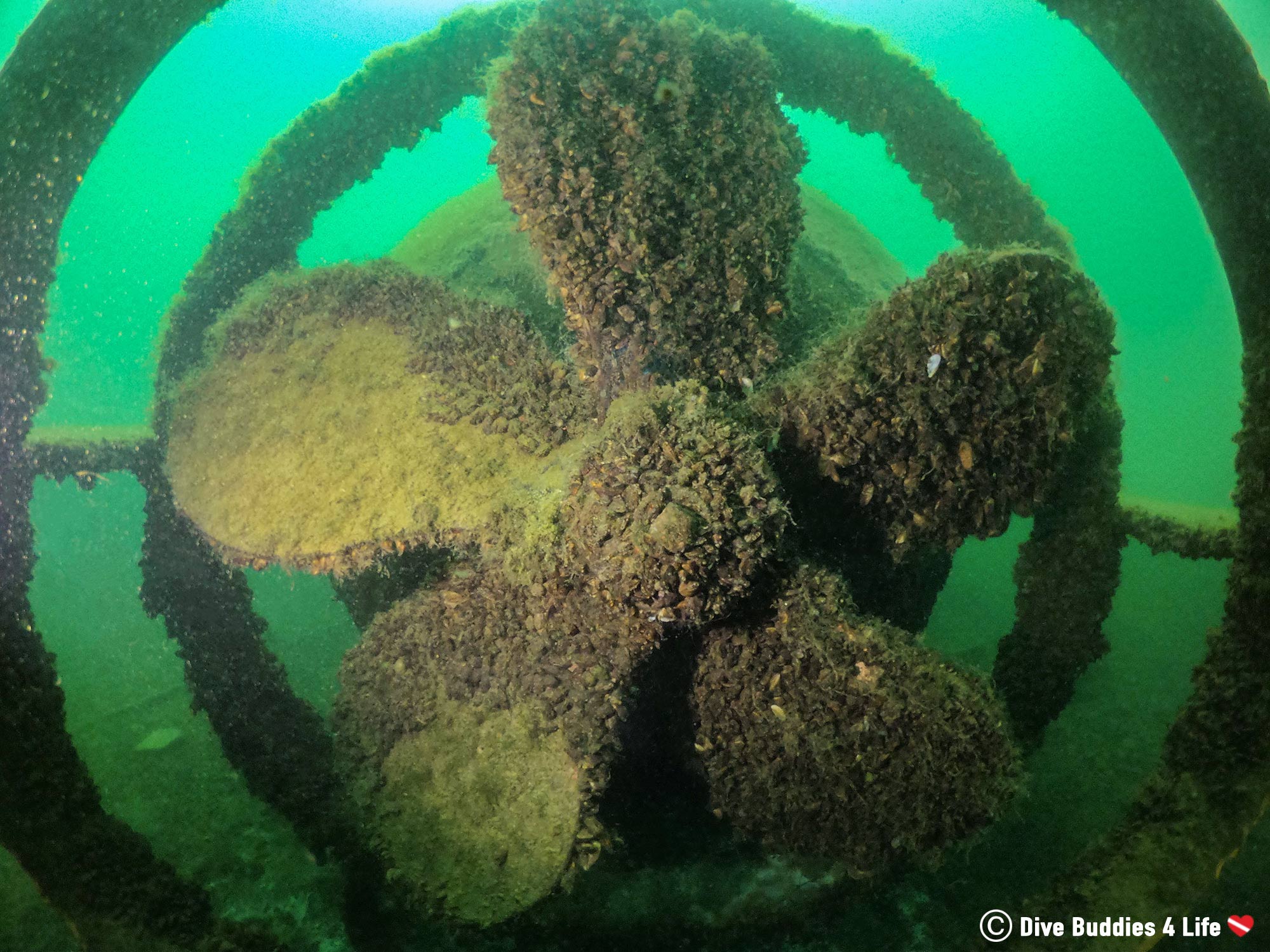 Winding Up our Dives in Stoney Quarry

For an inland diving location, Stoney Cove was a neat place to dive with lots of interesting things to see. However, I admit, after having just dived Chepstow Quarry and Vobster Quay, this location didn’t blow me away. 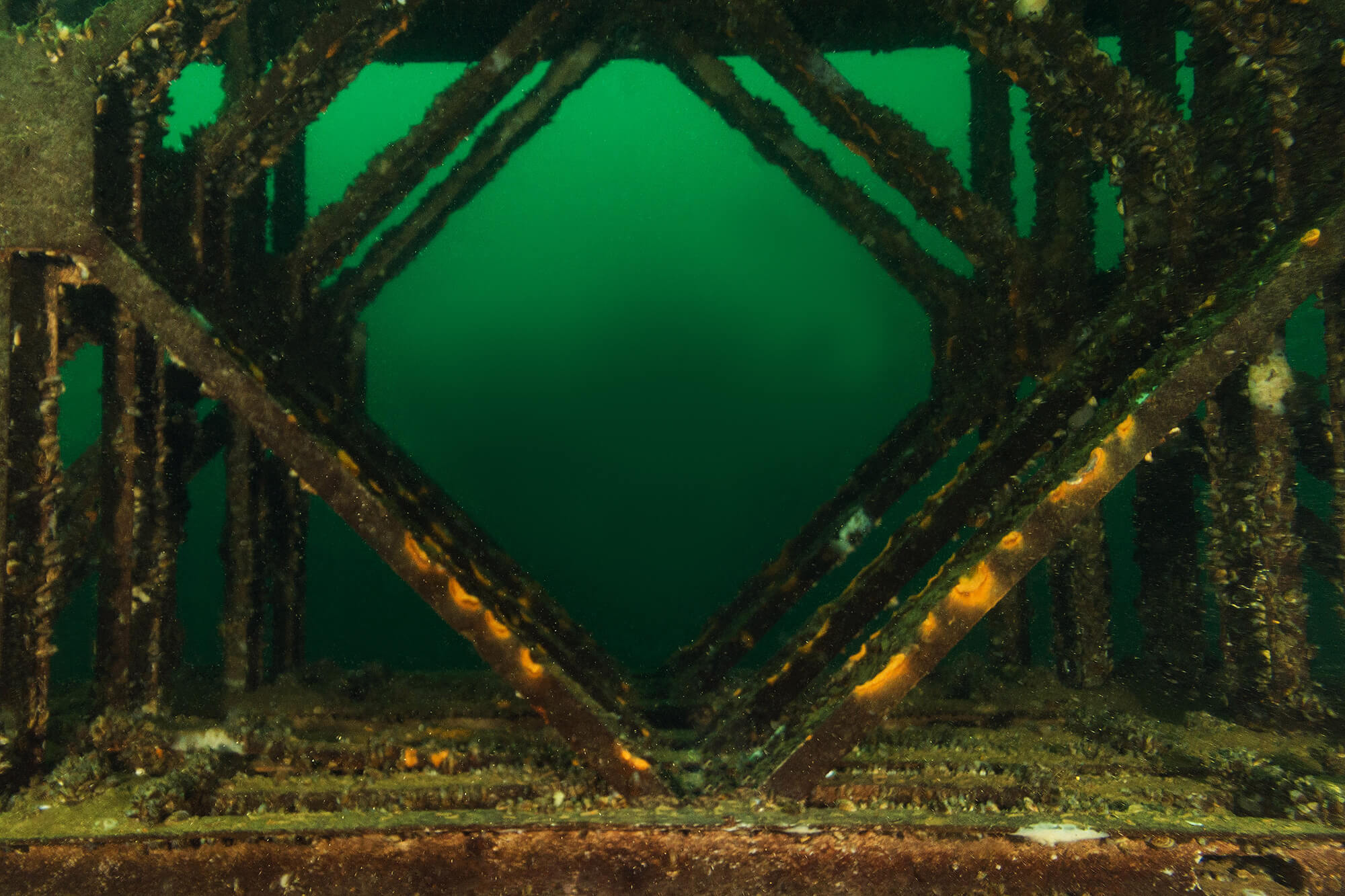 Scuba Diving with Choppers, Cars and Planes in Vobster Quay: From planes to cars, diving Vobster Quay means experiencing a range of underwater sights and covering a lot of ground in little time. Hop in and enjoy the scuba diving the green waters of Vobster Quay inland dive site.

The staff at Stoney certainly wasn’t as helpful or welcoming as the other two diving spots. The cost of diving was also slightly overpriced. These issues paired with the green turbid tones of the water made this place significantly less attractive to recommend when compared to others we have visited.

That being said, it is still a different diving location and regardless of where you dive inland in the UK, quarries are such a welcomed adventure! 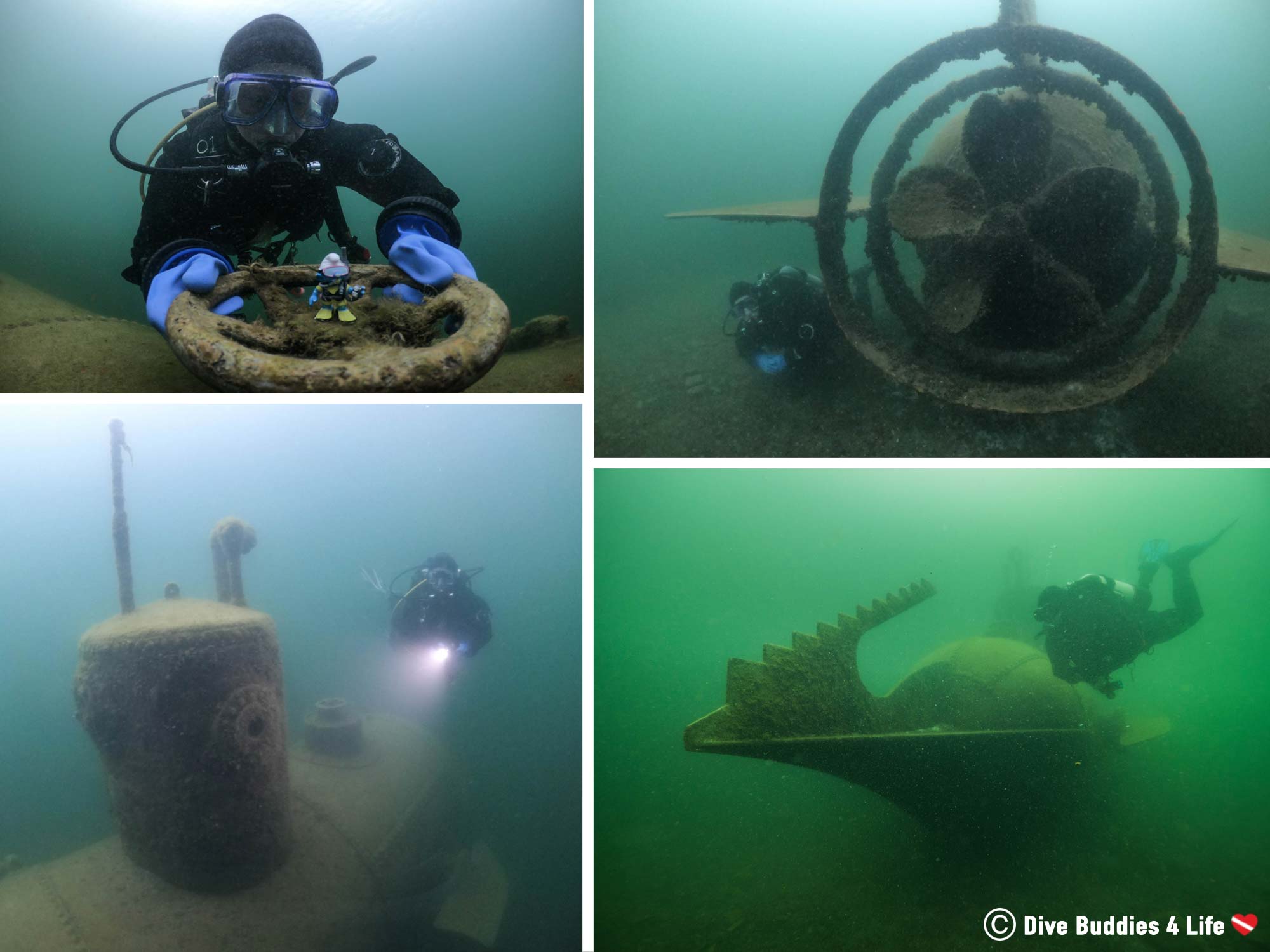 Are you a fan of inland scuba diving? What are your favourite lakes, rivers, quays and quarries to dive? Let us know in the comments below. 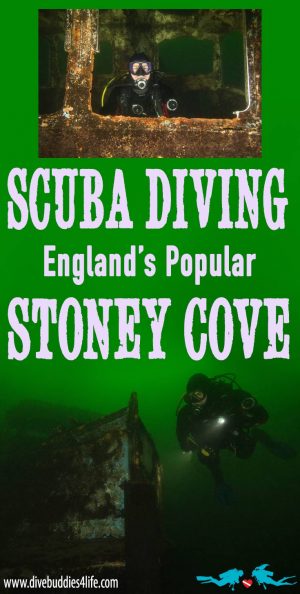