How to be an Eco-Friendly Scuba Diver

Let Sustainability Lead the Way as you Explore the Underwater World

As scuba divers, we are given the good fortune to see what few others have the magic of an underwater world. But times are changing and the ocean is becoming more accessible than ever before. A sea of change is in the air, and sadly divers are getting a front-row seat at the human destruction that is plaguing our waterways. Lately, it seems like the greatest wonder of the ocean is how it’s still alive after everything we are putting it through.

With coral bleaching, plastic whirlpools and invasive species at the forefront of the environmental news, it doesn’t take a genius to figure out that our lakes, rivers, and oceans are in dire need of help.

Even though scuba divers are some of the most eco-conscious people on the planet, we aren’t perfect, and there is always room for improvement.

Here are ten simple ways you can become a more eco-friendly scuba diver:

1.Take Only Pictures, Leave Only Bubbles

The age-old saying: “take only pictures, leave only bubbles” is probably the single most important rule of scuba diving.

There is so much beauty in the underwater world it is tempting to want to collect and bring home memorabilia from our adventures. What most people forget is that we are visitors to the marine realm and as such we should act accordingly.

Scuba diving is not a place for souvenir shopping. Diving and collecting trophies have long become a thing of the past. The only thing you should be taking with you when you leave your dive is photographic memories recorded on your underwater camera.

As beautiful as they might look, lionfish are a big invasive problem. I’m not an advocate for hunting, but when it comes to these destructive fish, something needs to be done to contain the population.

Lionfish originally come from the Indo-Pacific region of the globe and first made their appearance in the Atlantic during the late 1980s when someone mistakenly introduced them to the ecosystem. Having no natural predators in this new area, the species has exploded and taken over much of the Atlantic and Caribbean waters, out-competing and even preying on the native fish species.

Lionfish have become such a menace to the North and South American continents that there are dozens of sustainable organizations that sanction hunting events and group collections trying to keep the growing population at bay. Most of these environmentally friendly organizations even go as far as to train divers on how to harvest lionfish safely and responsibly.

Dive with a purpose, dive to get rid of lionfish! 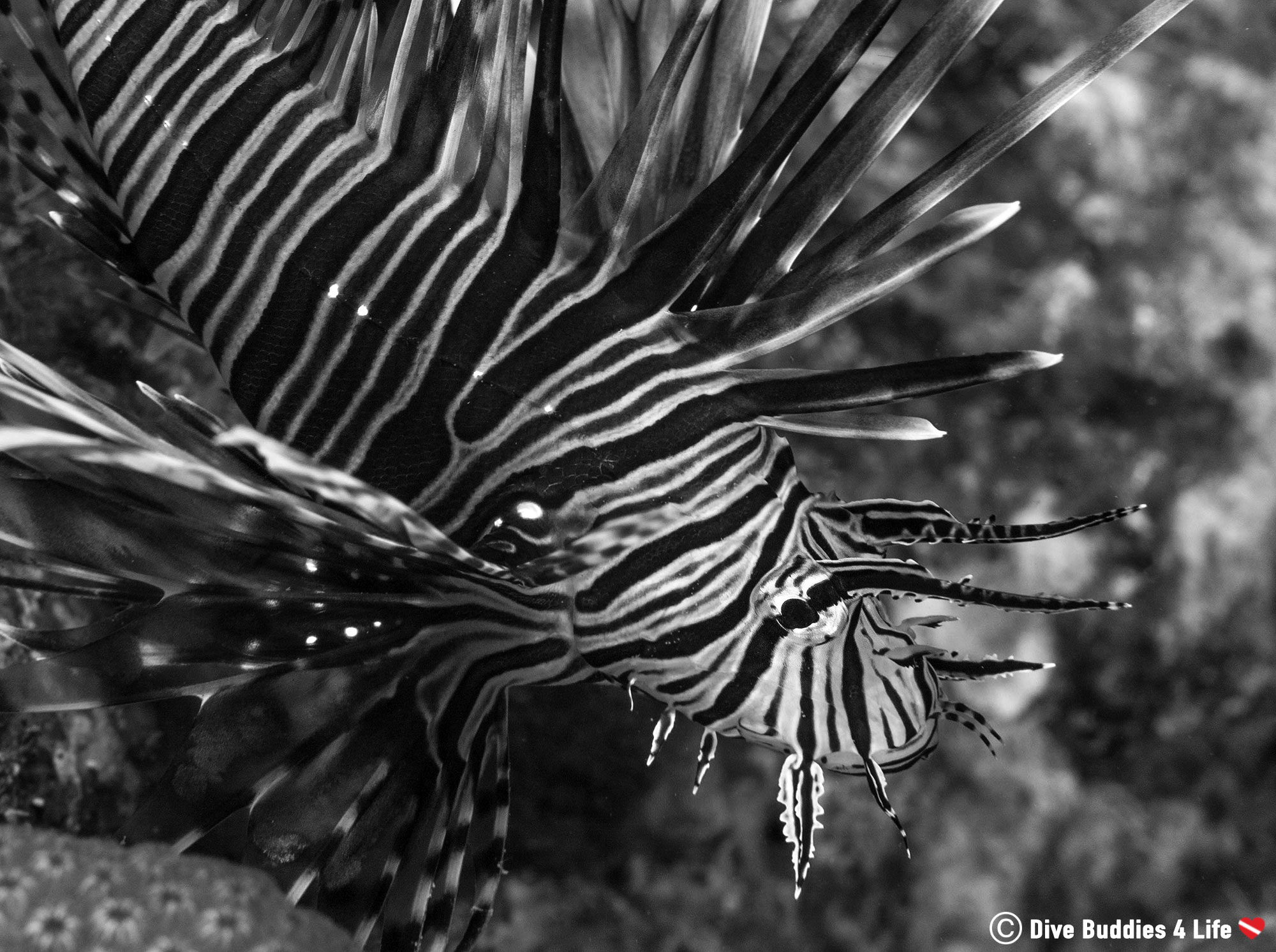 First learning to scuba dive can be tough (especially if you are not incredibly comfortable in the water). There is so much bulky gear to get used; buttons to tinker with; gauges to keep track of and then there’s that ever-elusive neutral buoyancy.

Every year, tonnes of rookie scuba divers destroy many decades of coral growth in a single fin kick without knowing any better.

Don’t wait until you’re hovering above a coral reef to perfect your buoyancy. By practicing your scuba skill in a controlled environment free of currents, waves, and seemingly endless depths, you are setting yourself up for diving success. Pick a pool or shallow sandy bottom lake where you can spend the time and figure out how your body moves, floats and responds to the water.

By practicing perfection you are not only minimizing the risk to the critters around you, but you are making yourself a safer scuba diver. 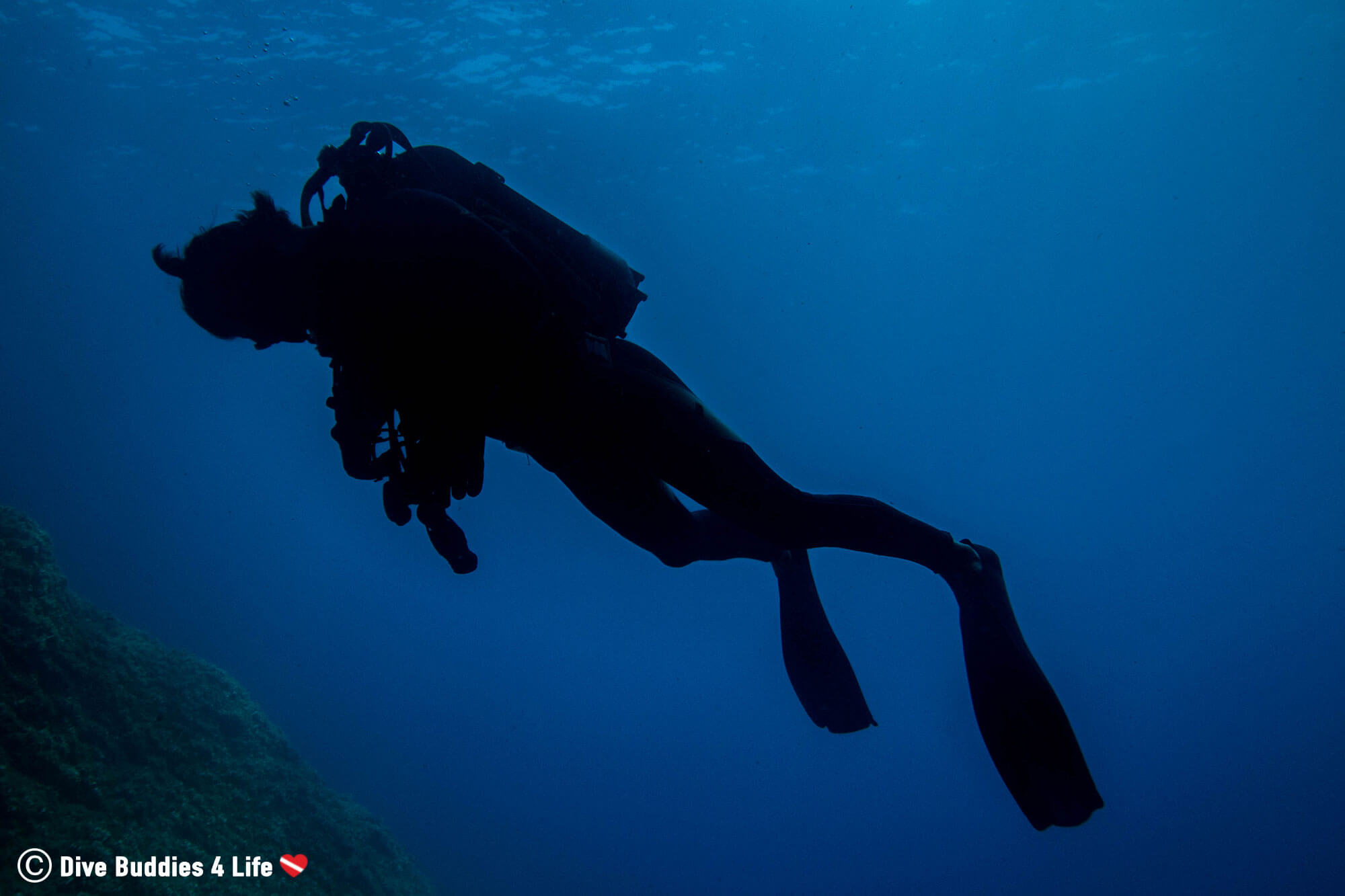 4. One Dive, One Piece of Garbage

Let’s get every scuba diver into the habit of leaving the dive location better than the way they found it because when it comes to keeping the ocean clean, every little bit counts!

Take your scuba one step further and make every dive count. In this day and age, people love to combine travel with volunteering. It’s a fulfilling and rewarding experience that allows travelers to explore a new country while giving back to the community at the same time.

Given that 70% of the globe is covered in water there is always so much to do in the realm of ocean conservation and never enough hands to do it. By spending your vacation reef monitoring, animal tagging, fish counting, you can aid scientists in the gathering of valuable information that can contribute to groundbreaking restoration efforts in our lakes, rivers, and oceans.

Tonnes of environmental initiatives have been launched all over the world. WWF shoreline cleanup, Project Aware, Earth Hour… there is a pretty long list of great things happening in the ocean, and often scuba divers are the ringleaders.

Now more than ever divers need to take a stand. Knowing what is eminently happening to our lake, rivers, and oceans, try to become a part of this blue movement and join a local initiative. Even a simple hometown marina cleanup can tip the scales towards a better and more eco-friendly tomorrow. 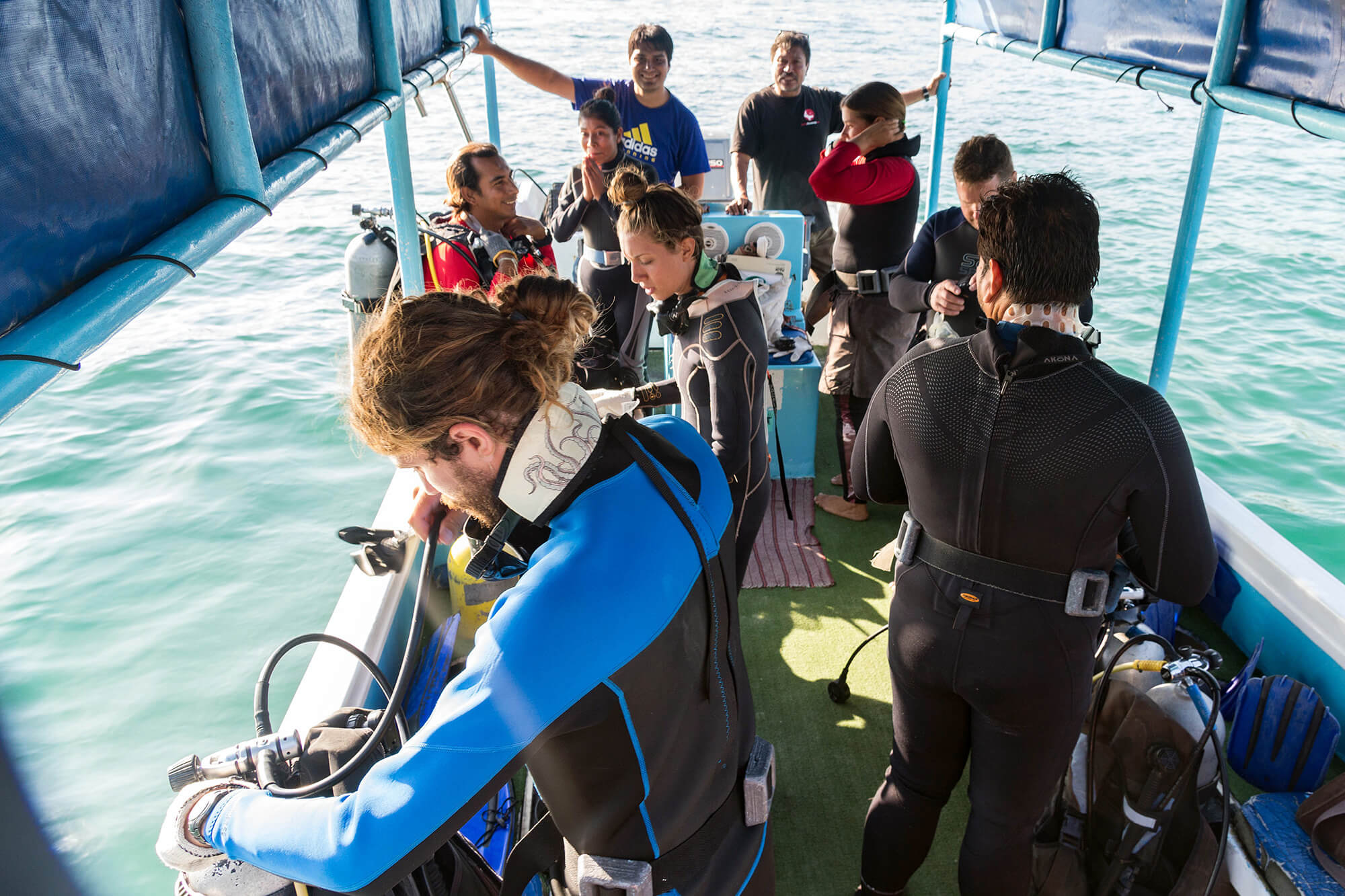 Diving just for the sake of diving is nice, but many are seeking to enrich their diving passion in some meaningful way. Being a green fin diver means taking your scuba to new and meaningful depths. Take a look at some of our favorite conservation articles.

When a person falls in love with an animal, they will forever want to protect it.

By teaching people about the wonders of the underwater world, through aquariums, documentaries, and photography, we help them fall in love with some cool critters and instill a sense of respect for the ocean.

Knowledge IS power, and by educating non-divers, we can captivate people’s hearts in the same way we were captivated the first time we tried scuba diving. 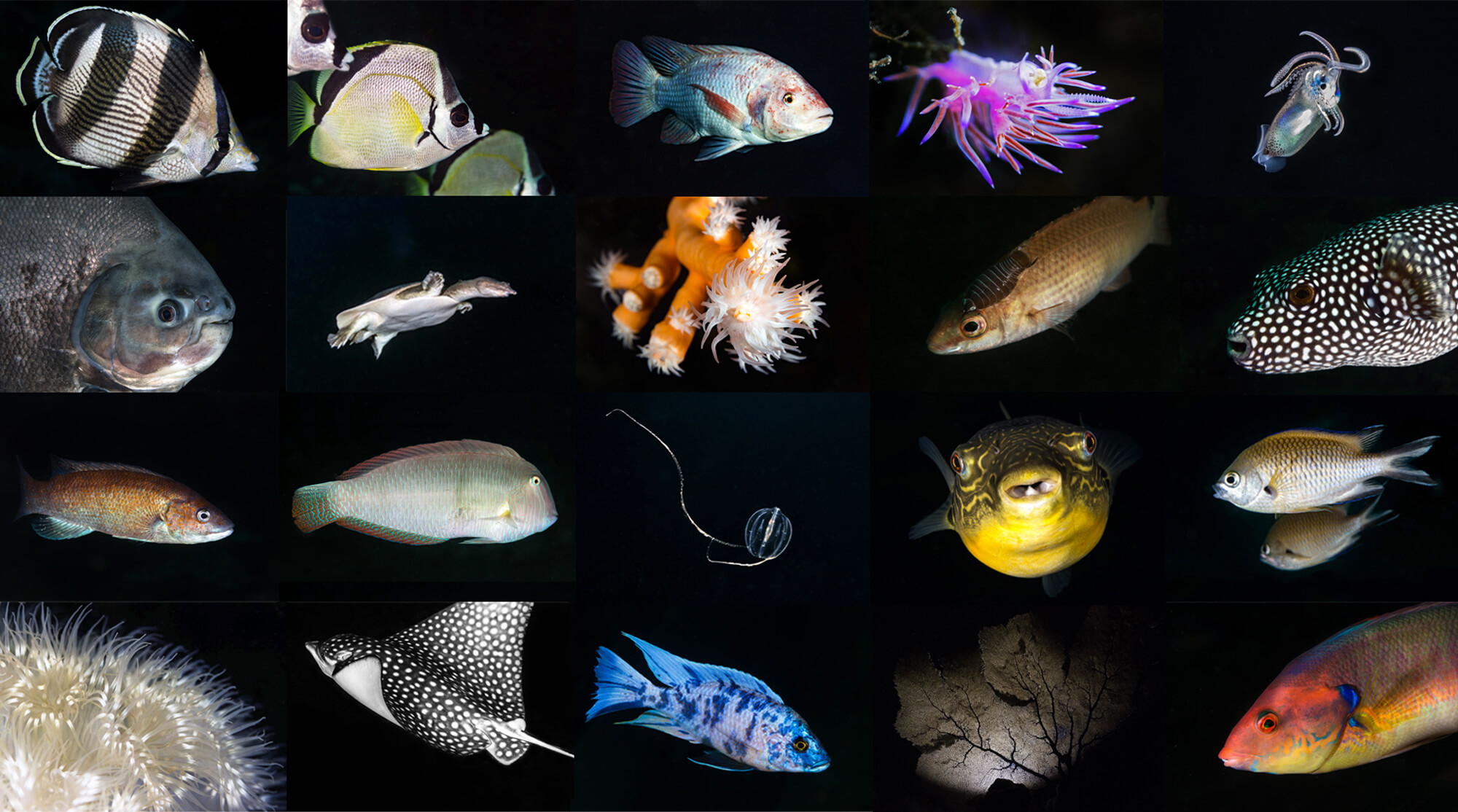 Species in the Spotlight: Dive Buddies 4 Life love’s the ocean and it is our goal to bring people closer to the critters that live there. Meet some of the quirkiest and most amazing animals that call the aquatic realm home through our monthly species in the spotlight.

When people think of being an environmentally friendly diver, they think it only happens once you are geared up in a wetsuit and heading under the waves, but being a sustainable scuba diver happens as much on land in the pre-dive prep as it does in the water.

Anything that we put on our bodies before diving inadvertently makes its way into the water column. Sunscreen, lotions, conditioners and other beauty products are very toxic to marine plants and animals, especially corals. Steer clear of these products before diving and opt instead to embrace a natural salt hair, wear a hat to keep the sun off your face and lotion up after your finished playing in the water.

You don’t need to book a 10-hour flight and stay at a resort down south to be able to scuba dive.

There are plenty of diving adventures just waiting to be had in your own backyard (unless you live in the middle of the desert). Consider staying close to home next time you get the dive bug and wet your gills in some local watering holes. You’d be surprised at all the neat things you might discover around your home country.

Discover your home country and help save the environment at the same time. Sounds like a win-win to me. 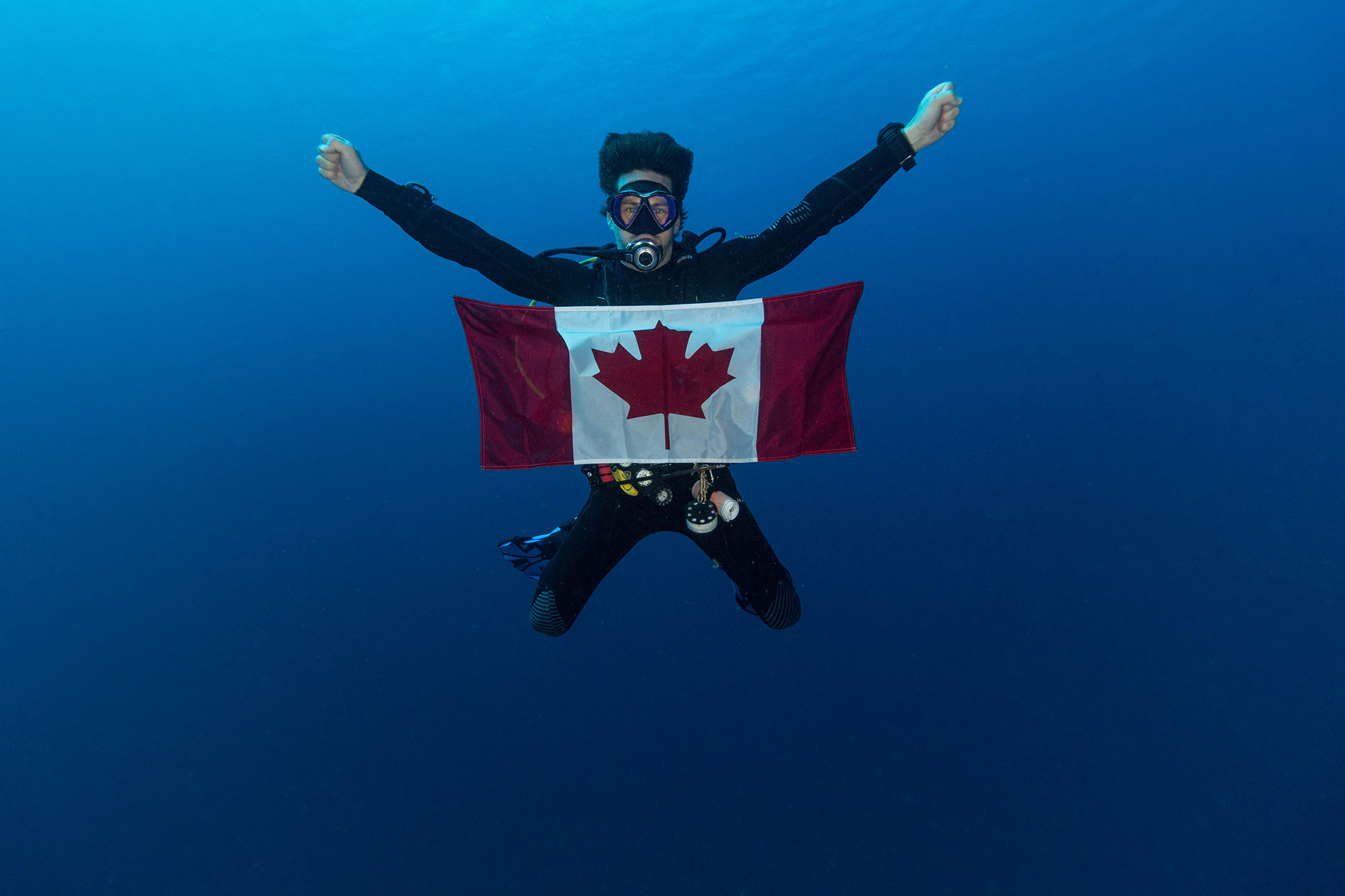 How are we diving locally? Check out Canadian Splash, where we will be diving every province and territory in our home country. This 13-part project will connect people to Canada’s underwater world as well as showcase the beauty and fragility hidden beneath the waterline. 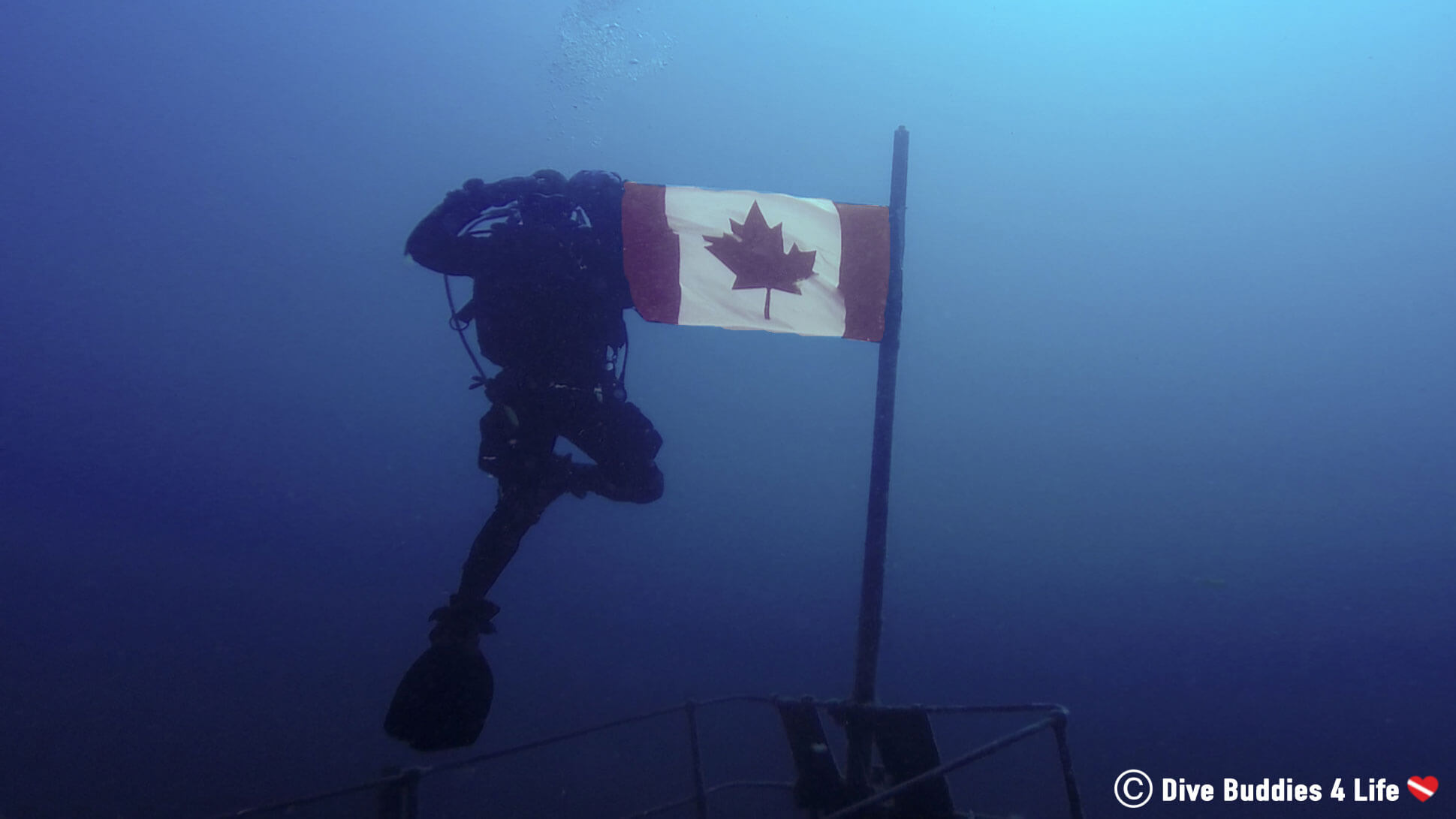 10. Keep your Hands to Yourself

It’s no longer appropriate and often frowned upon to touch, grab or handle underwater creatures.

Not only is touching marine life dangerous for the environment and species itself, but it can also be hazardous for you. There is a smorgasbord of marine animals that are venomous, poisonous and just downright aggressive. If that is not enough, there are also aquatic creatures that are uber sensitive and susceptible to disease and sickness when poked or prodded.

Be a friend to the fishes and enjoy a hands-free dive!

The Situation is Grim, and We Need to Take Action NOW

It ain’t easy being green in a day and age where everything is plastic and it’s cheaper to throw something out than actually repair it.

For scuba divers who live and breathe underwater, it’s easy to forget how privileged we are to enjoy some of the most astounding ecosystems on the planet. Given the state of our oceans, it’s not enough anymore to sit around and hope that nature can rebound. If we want to save the marine world we need to start taking action – NOW.

Not to make light of a bad situation, but in general scuba divers are some of the most eco-friendly people on the planet. Can you blame us, I mean some of our favorite pastimes involve getting up close with dainty little creatures and fragile ecosystems. Let’s find that drive and passion for starting the blue movement. Let’s get people diving in symbiosis with the underwater environment. 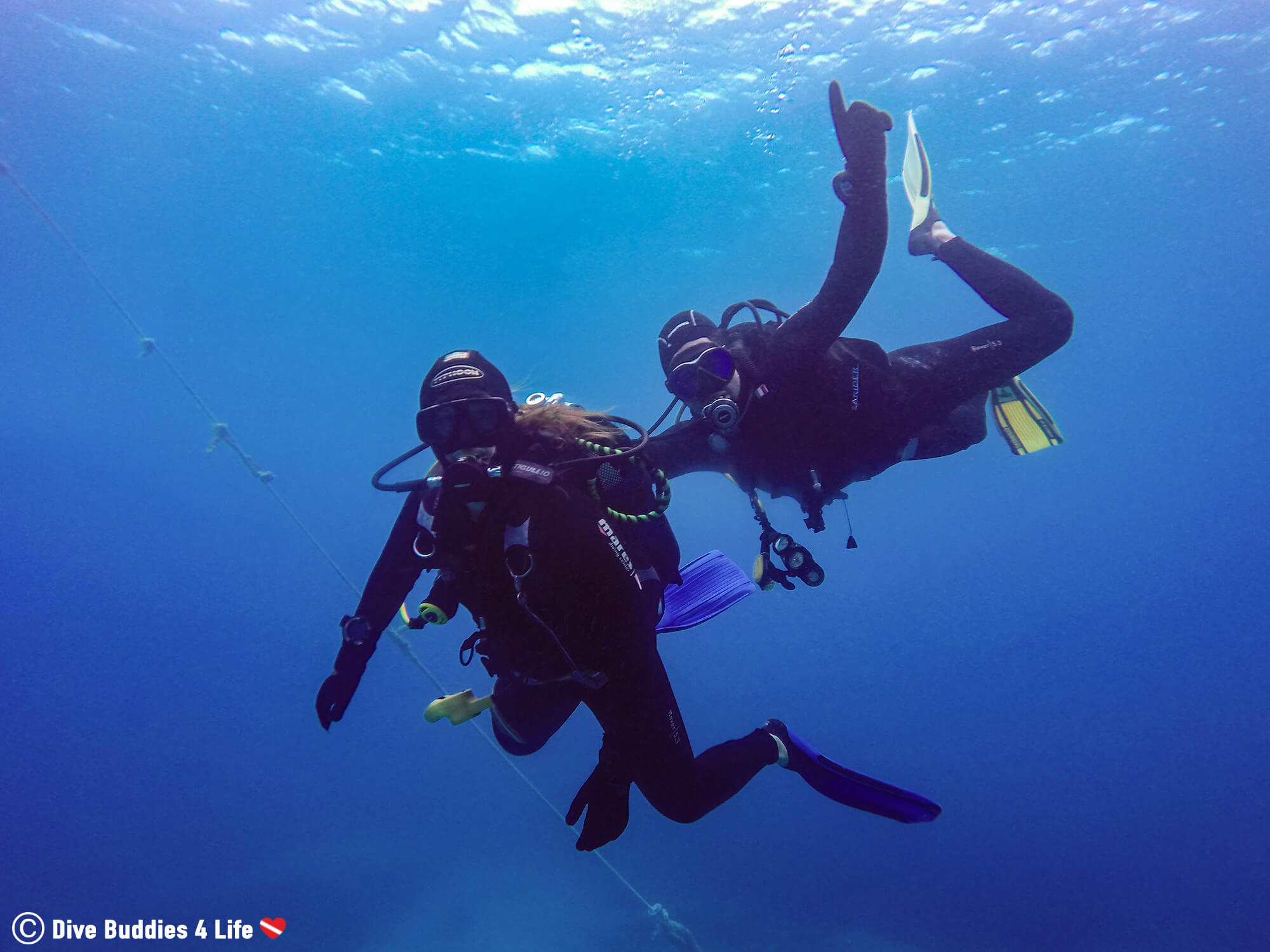 Of all these eco-friendly dive suggestions, which point would you rate as the most important for a better, healthier tomorrow and why? 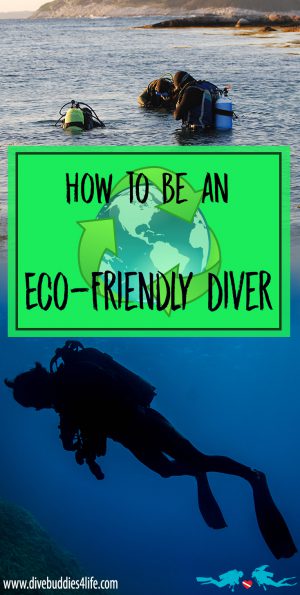 Love is in the air (and in the ocean) this Valenti

When you live in Canada in the winter, and you wan