What is a Surface Marker and Why you Should Have One

In a perfect world scuba divers would hop into the water, do their dive, surface a few feet from the boat and climb back in. Life would be grand and we wouldn’t need to think twice about boat traffic, excessive swells or underwater emergencies.

But the reality is accidents happen, and when they do, time is most often of the essence. When you surface after a dive it’s important to be seen. 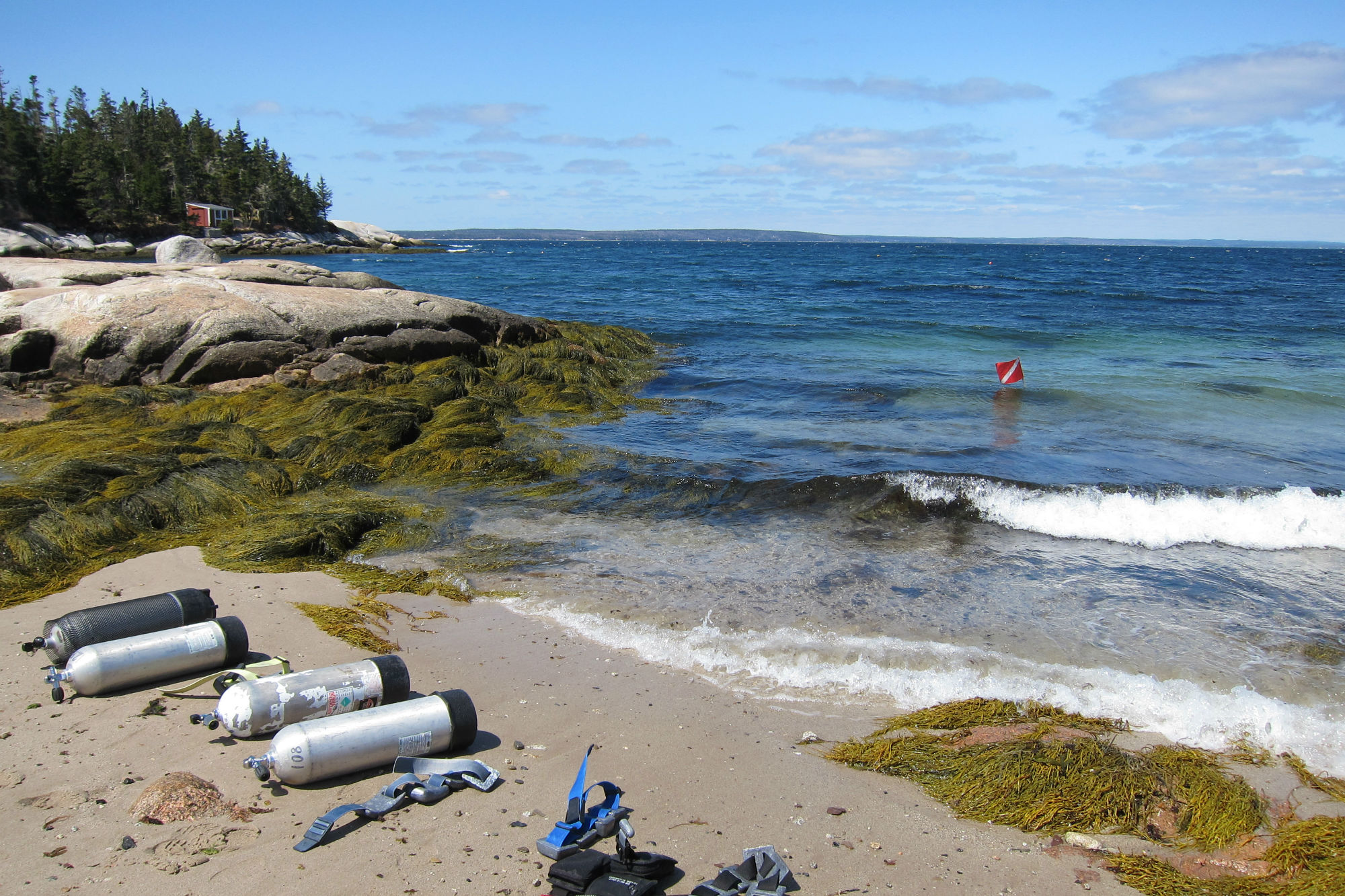 What is a Surface Marker?

A surface marker buoy (or SMB) is a simple air filled device that floats on top of the water. It is used to attract attention and mark your place while submerged. 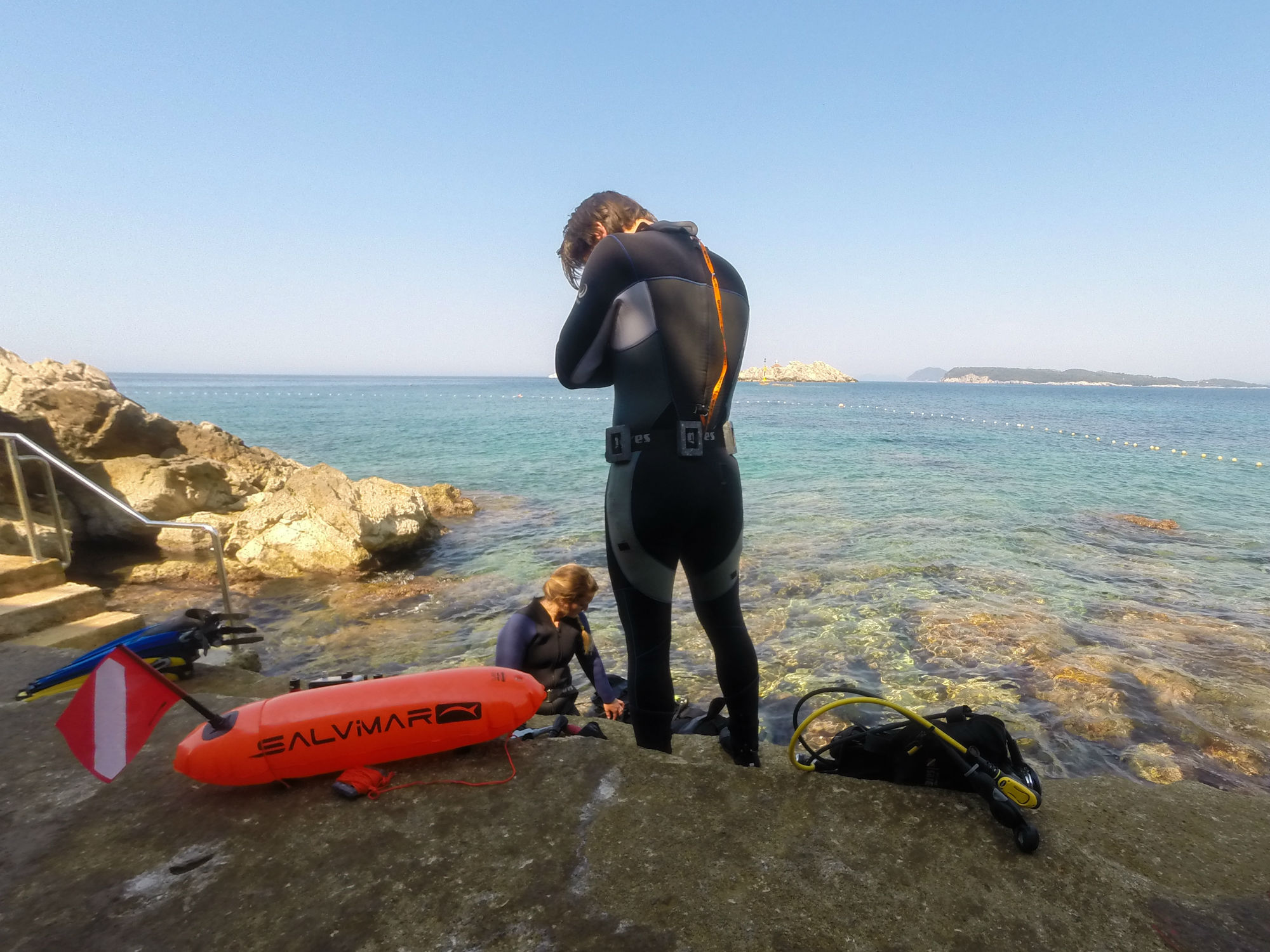 A permanent surface marker buoy is a buoy that is inflated at the beginning of the dive and remains on the surface of the water during the entire scuba adventure. While you are scuba diving, the buoy gets towed along the surface marking your position underwater and keeping boats away.

Permanent surface markers are typically red and white to stand out against the water and to match the diver-down flag color. The marker can be round or torpedo-shaped, often with a ballast section that can hold some water to maintain stability. 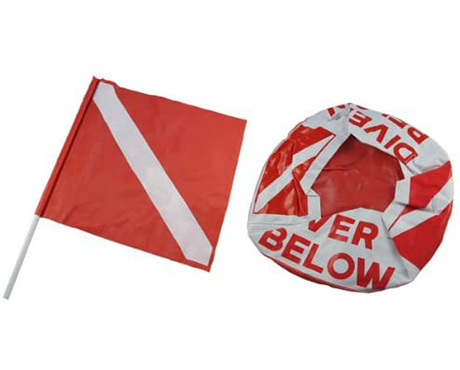 Inflatable Dive Buoy with Dive Flag: This 13-inch round inflatable dive buoy is the perfect permanent surface marker for scuba divers. The buoy has a 12 by 11-inch scuba diving flag that can be placed into the inflatable buoy. 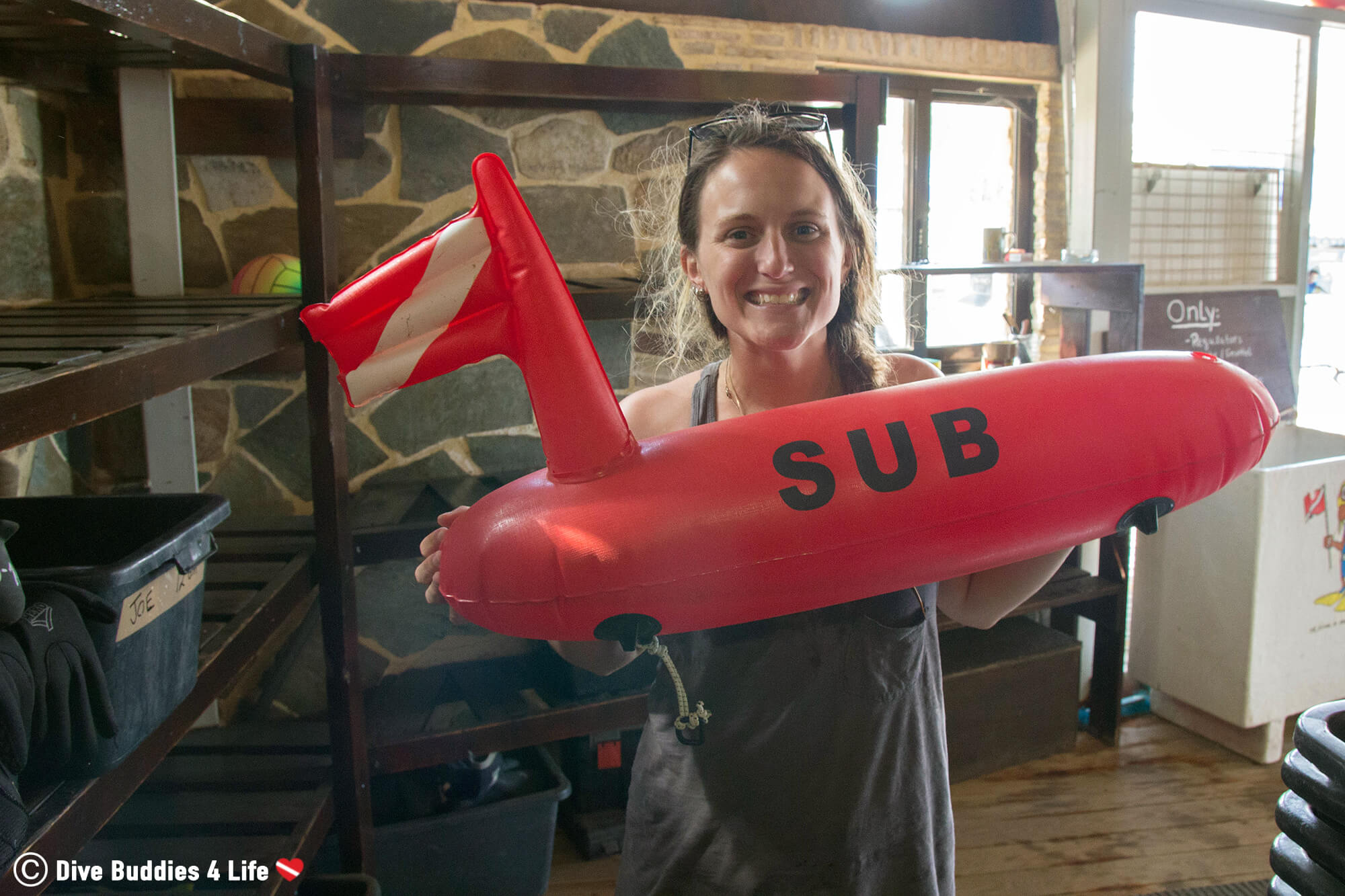 A delayed surface marker is a marker that divers take with them underwater on their dive. Attached to the marker is a reel or spool from which scuba divers can deploy the marker, during the ascent, to indicate their positioning at the surface. Delayed surface markers are long and tube-like in appearance and come in a variety of bright, flashy colors such as orange, red, yellow. 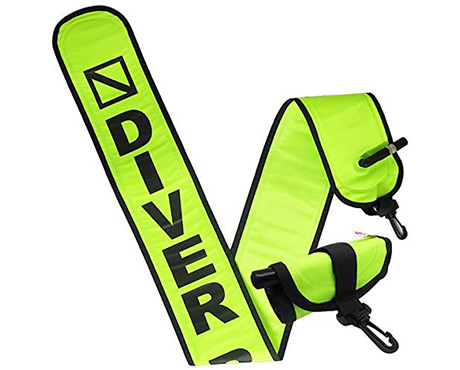 Neon Yellow Scuba Diving Surface Marker Tube: Make yourself seen at the surface with this 1 meter (4-foot) neon yellow surface marker signal tube with “Diver Below” print. This delayed SMB is fabricated from nylon material and fits in a BCD pocket or can be fastened via the plastic clip. 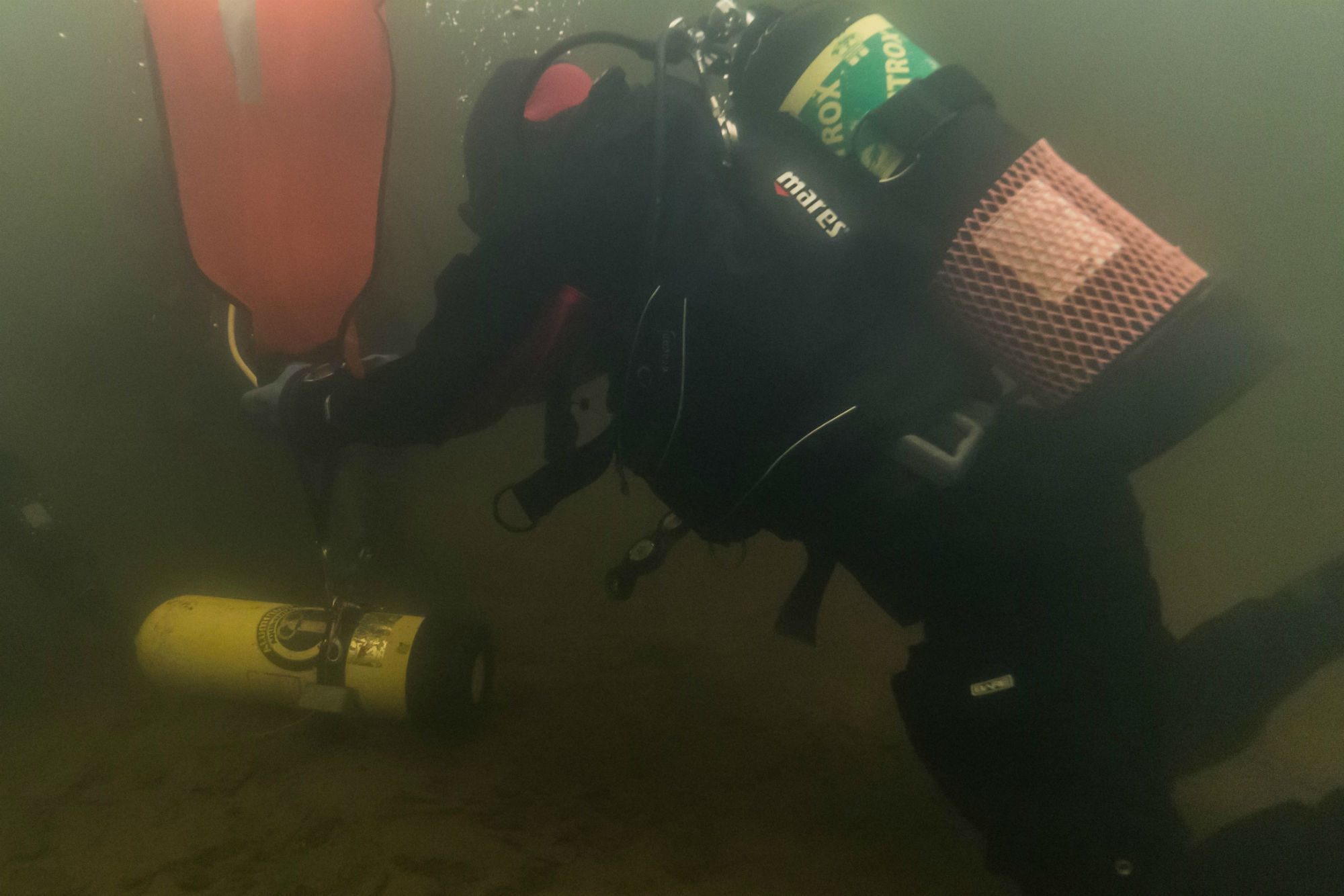 What does a Surface Marker do?

Unplanned issues can occur on any dive and when they do, it’s important to be seen at the surface. Whether you use a delayed surface marker buoy or a permanent surface marker, both are very practical because they; 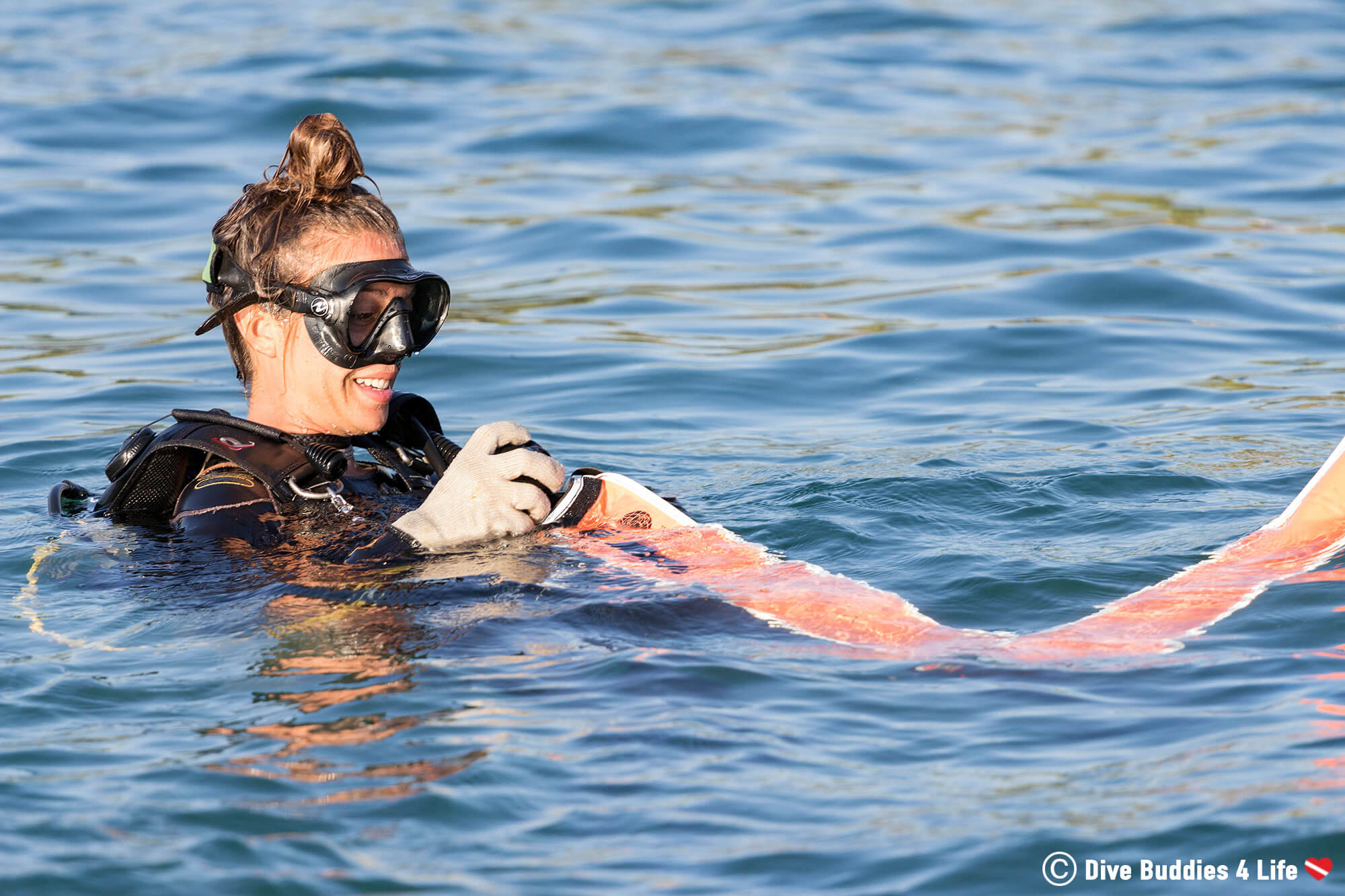 It’s one thing to have a surface marker on hand, it’s another to know how to properly inflate and use it. If you’re lucky, during one of your scuba diving courses, your instructor will have taken the time to teach you how to use and deploy a surface marker.

How to Deploy a Surface Marker:

As easy as it is to read about how to deploy a surface marker both from the surface and while at depth, nothing compares to actually getting out in the water and actually trying it out. Remember practice makes perfect. 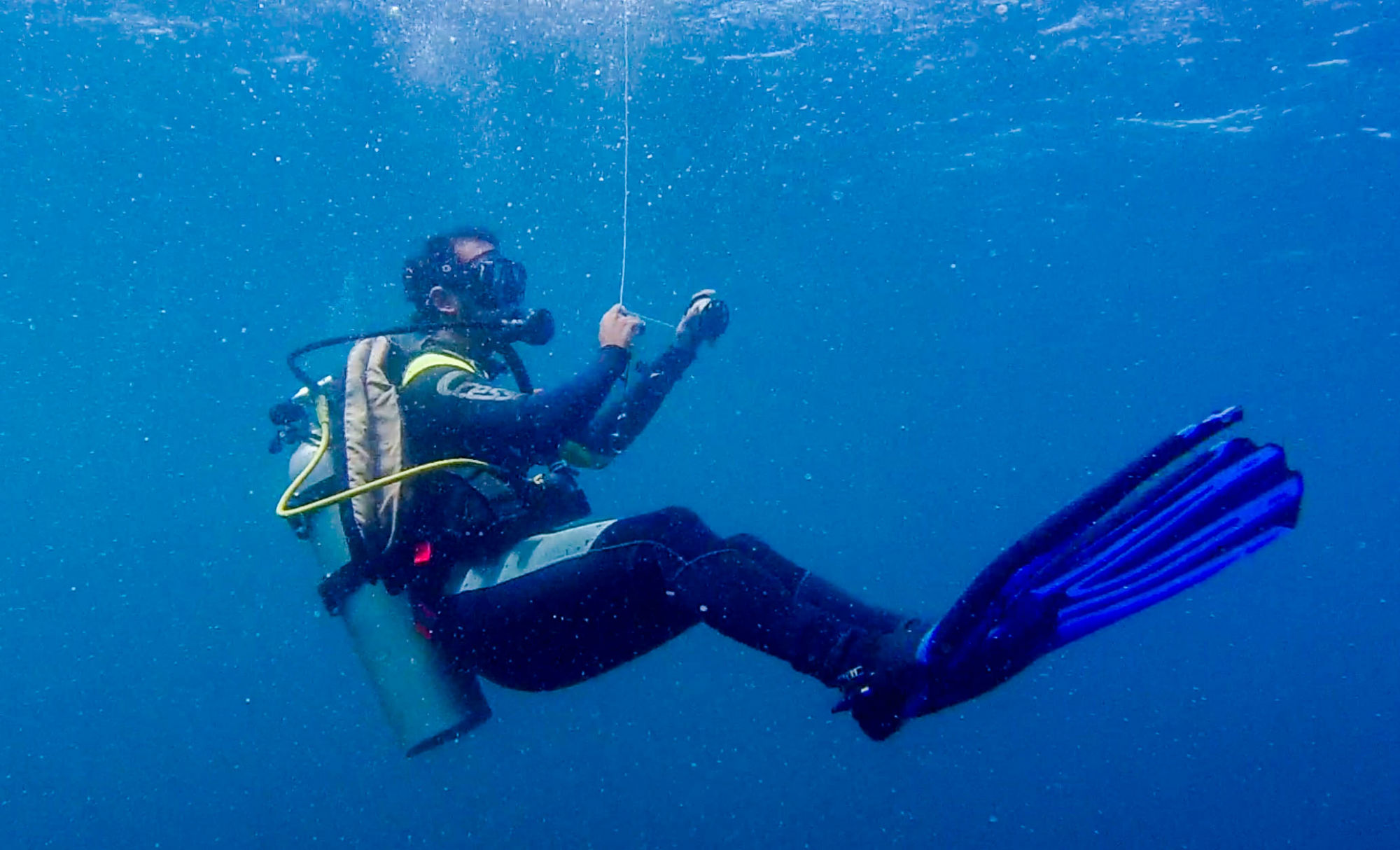 Is a Surface Marker Always Necessary?

Having at least a rolled-up delayed surface marker in your BCD pocket is a good thing for every diver to have, however, there are some circumstances where having a surface marker just simply isn’t feasible.

Use your common sense, when it comes to deciding whether to dive with a surface marker. Consider things like; what if a problem arises and you need to come up earlier than expected? What if the current picks you up and you are too far away from the boat? And above all, make sure you’re not compromising your safety by diving with a surface marker. 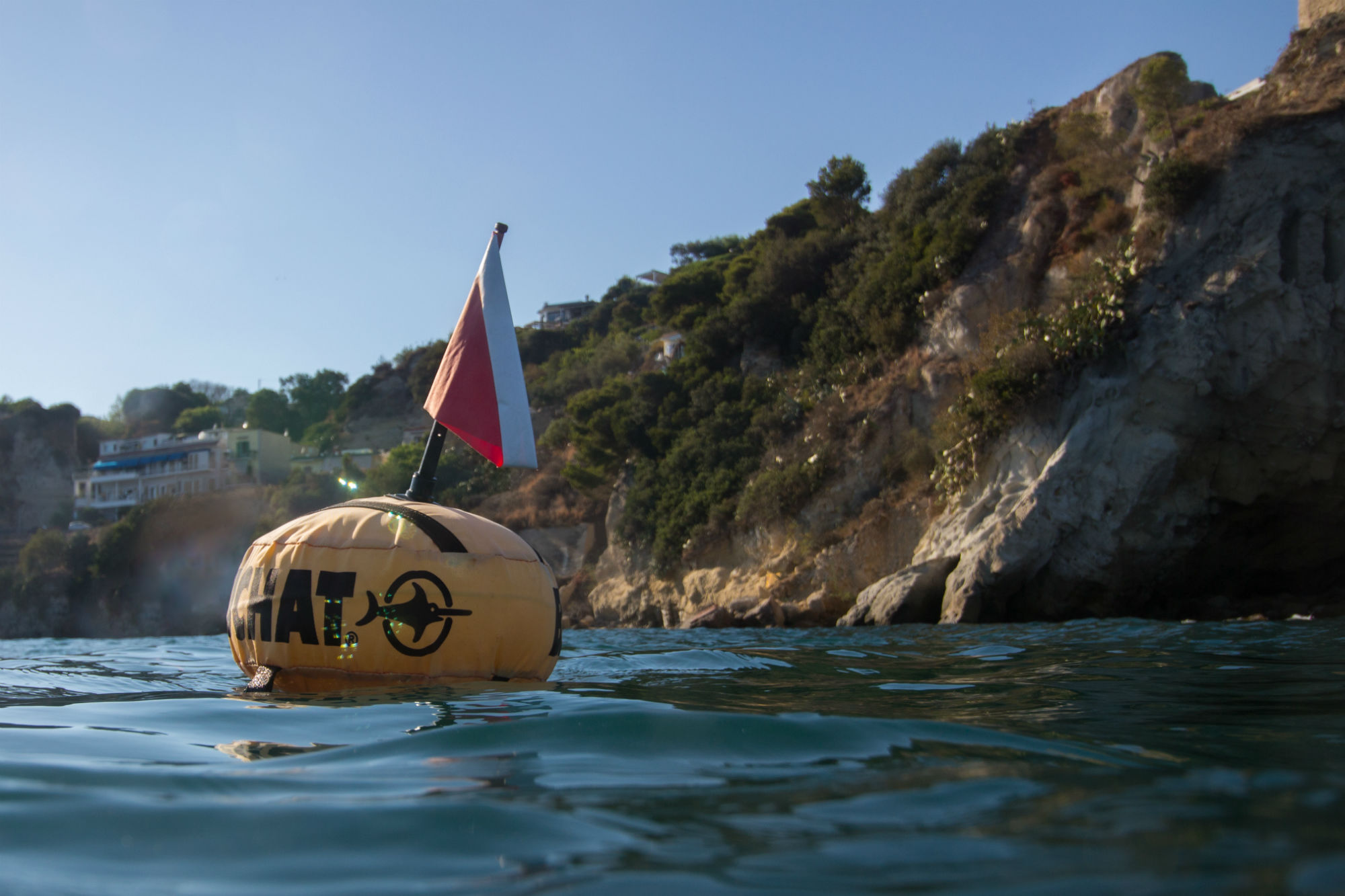 Surface markers are not the be-all end-all of scuba diving, but sometimes a dive just doesn’t go according to plan, and having a surface marker can be the difference between ending things unscathed or winding up on the 5 o’clock news.

Have you ever been on a dive where you were thankful you had a dive buoy on your person? When and where was this? 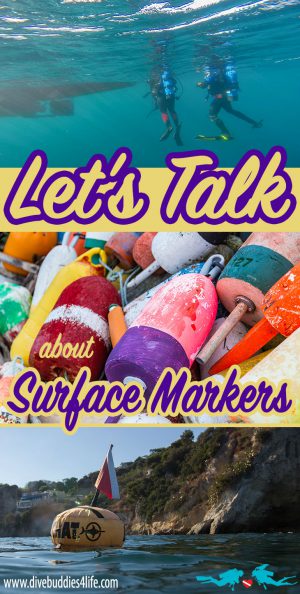