Diving for Zero Plastic in Zihua

Where there’s a scuba diving clean up, you can bet you’ll find Joey and me!

Dive Buddies 4 Life rarely misses out on an opportunity to give back to the community, and one of our favorite environmental projects are scuba diving cleanups, which focused on getting garbage and pollution out of the ocean.

Low and behold on our very last day in Zihuatanejo, we had the opportunity to join forces with Zihro Plastic and Dive Zihuatanejo to lending a helping fin with their green initiative.

Dive Clean Up in Zihuatanejo

Every month in the cozy little beach town of Zihuatanejo, Zihro Plastic and Dive Zihuatanejo team up for a beach/scuba diving clean up. The reoccurring cleanup initiative has been going on for over XX months, and the goal is to raise environmental awareness and rid the aquatic environment of trash.

Zihro Plastic is an environmental organization geared towards educating and training the local community on the damaging effect of plastics, especially to our oceans. By introducing eco-friendly alternatives to the community of Zihuatanejo and working together to clean the beach and seabed, Zihro Plastic hopes to promote a cleaner and healthier environment.

[P]eople are starting to bring reusable bags but we are still far out. Lots of places put everything in plastic bags or use foam.

[At] Dive Zihua we do some stuff to reduce plastic as well. We use bamboo cups to give water instead of water bottles. We make our own ice in a reusable container instead of buying plastic bags of ice. We reuse our equipment cleaning water to flush the toilet. Small things like that avoid using a lot of plastic.”

For each cleanup endeavor, Zihro Plastic and Dive Zihuatanejo select different beaches in the Zihuatanejo region to focus their cleanup efforts. 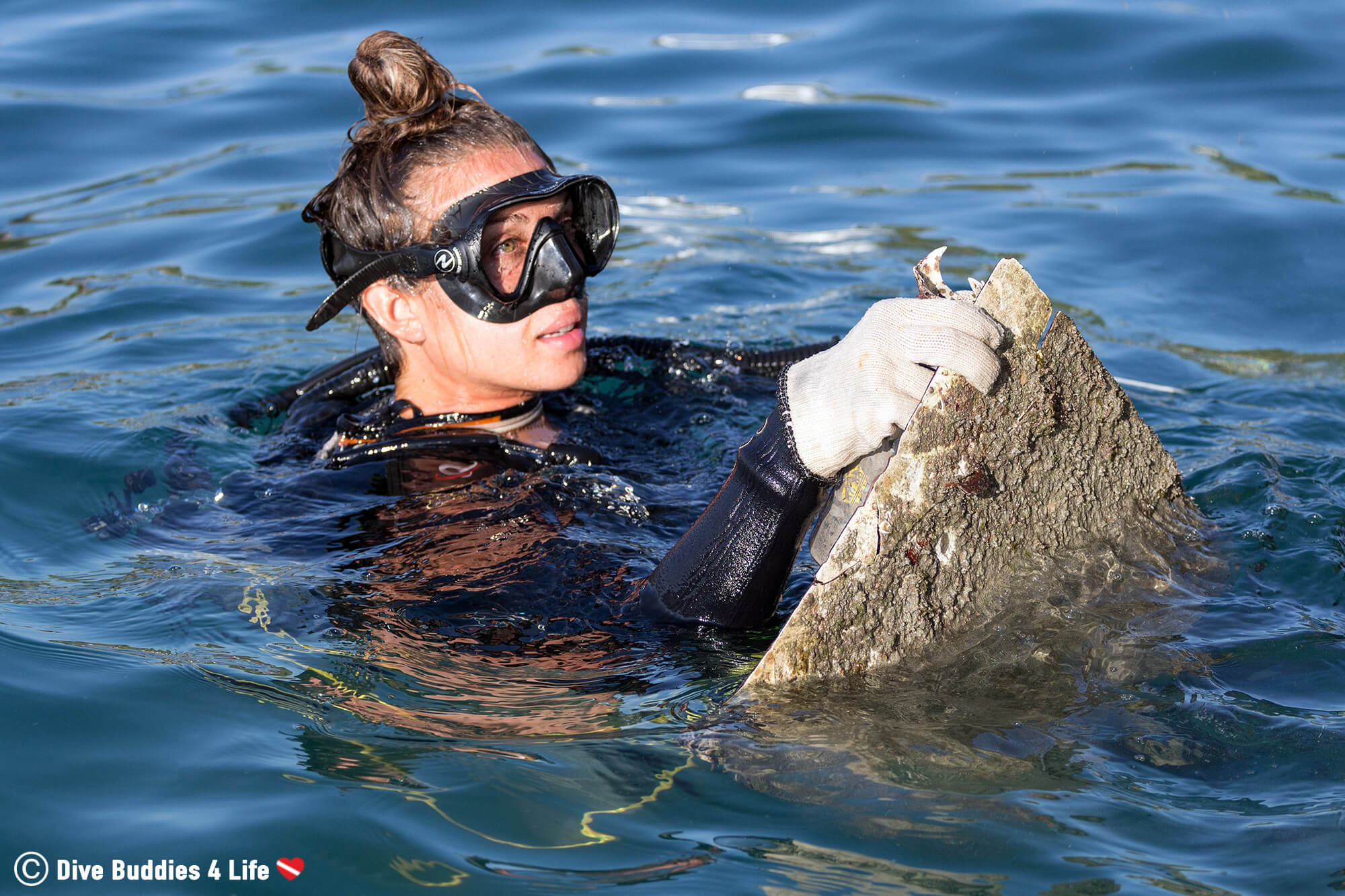 Diving for Plastic and Anything Else

In the early evening of Sunday, March 31, 2019, a handful of divers and beachcombers assembled at Zihuatanejo’s main pier to clean La Ropa beach. Some set off on foot to the beach while others took to the water via the dive boat. 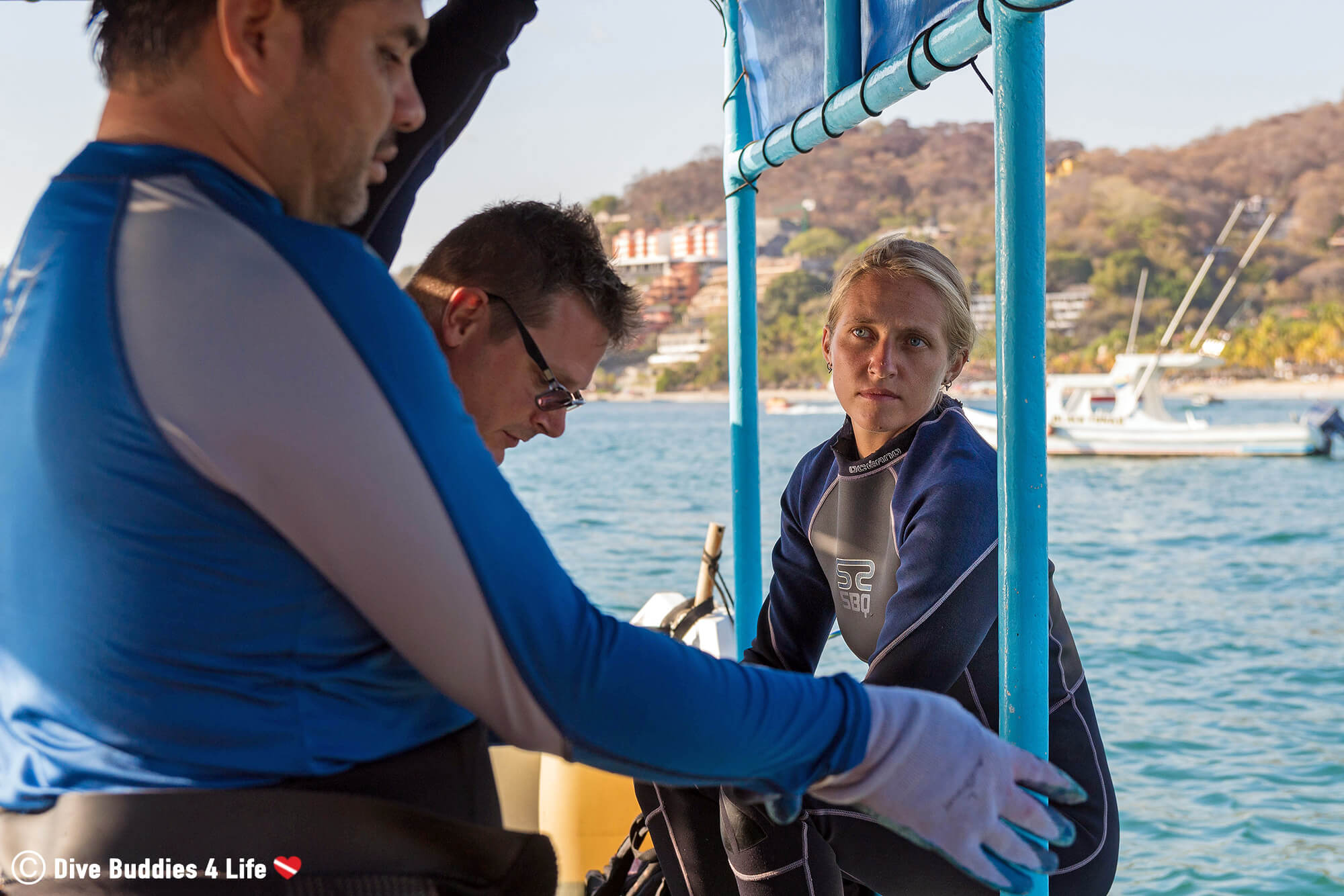 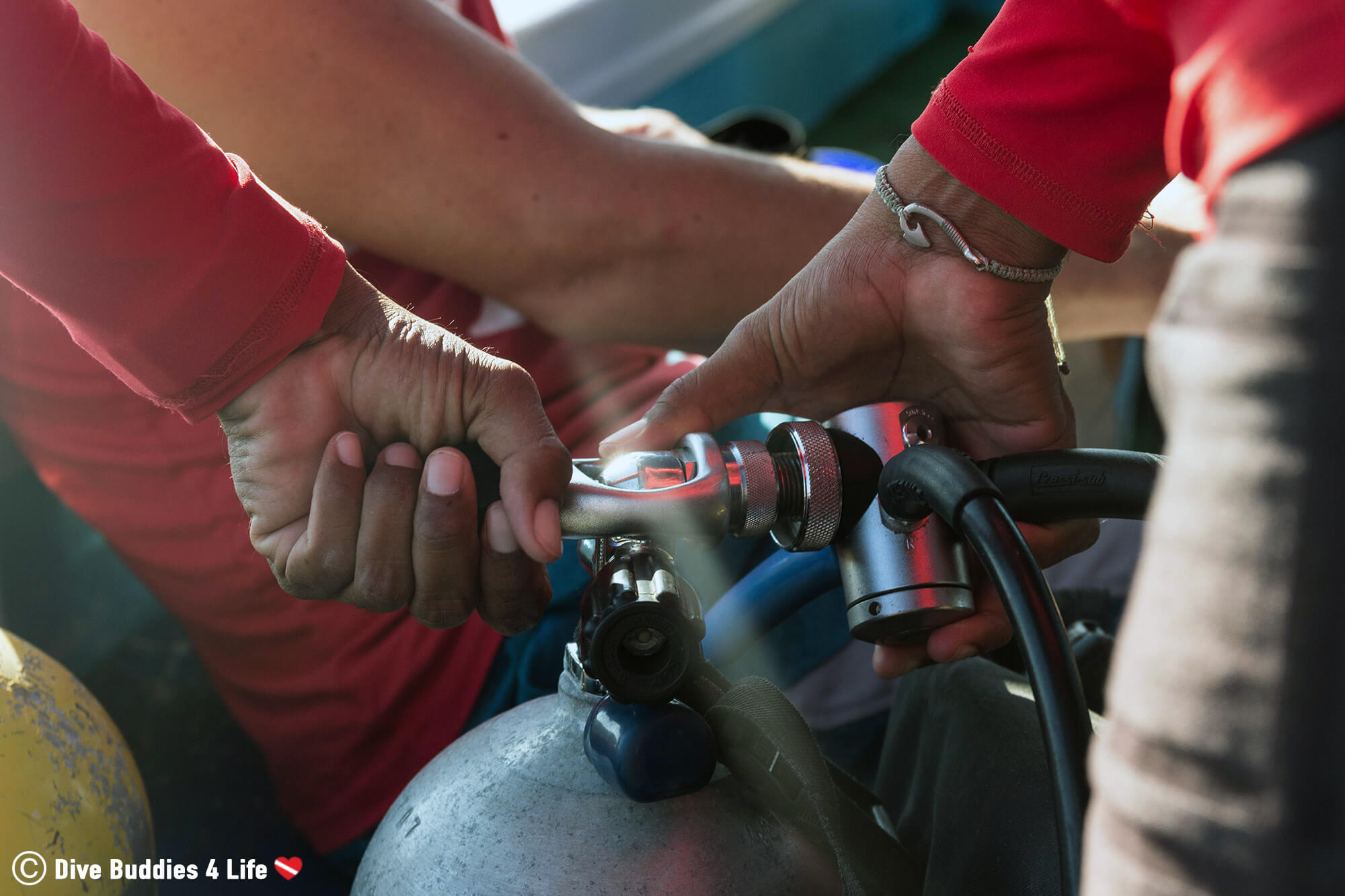 The dive clean up on its own lasted about an hour, with scuba divers spending about 45 minutes underwater.

Whether you were on the boat, as surface support, snorkeling or actually scuba diving, there was never a dull moment, and the trash was plentiful. Volunteers were constantly on the move as divers moved up and down in the shallows carting cans, rubble, plastic jugs and many other unmentionables from the sea bed. 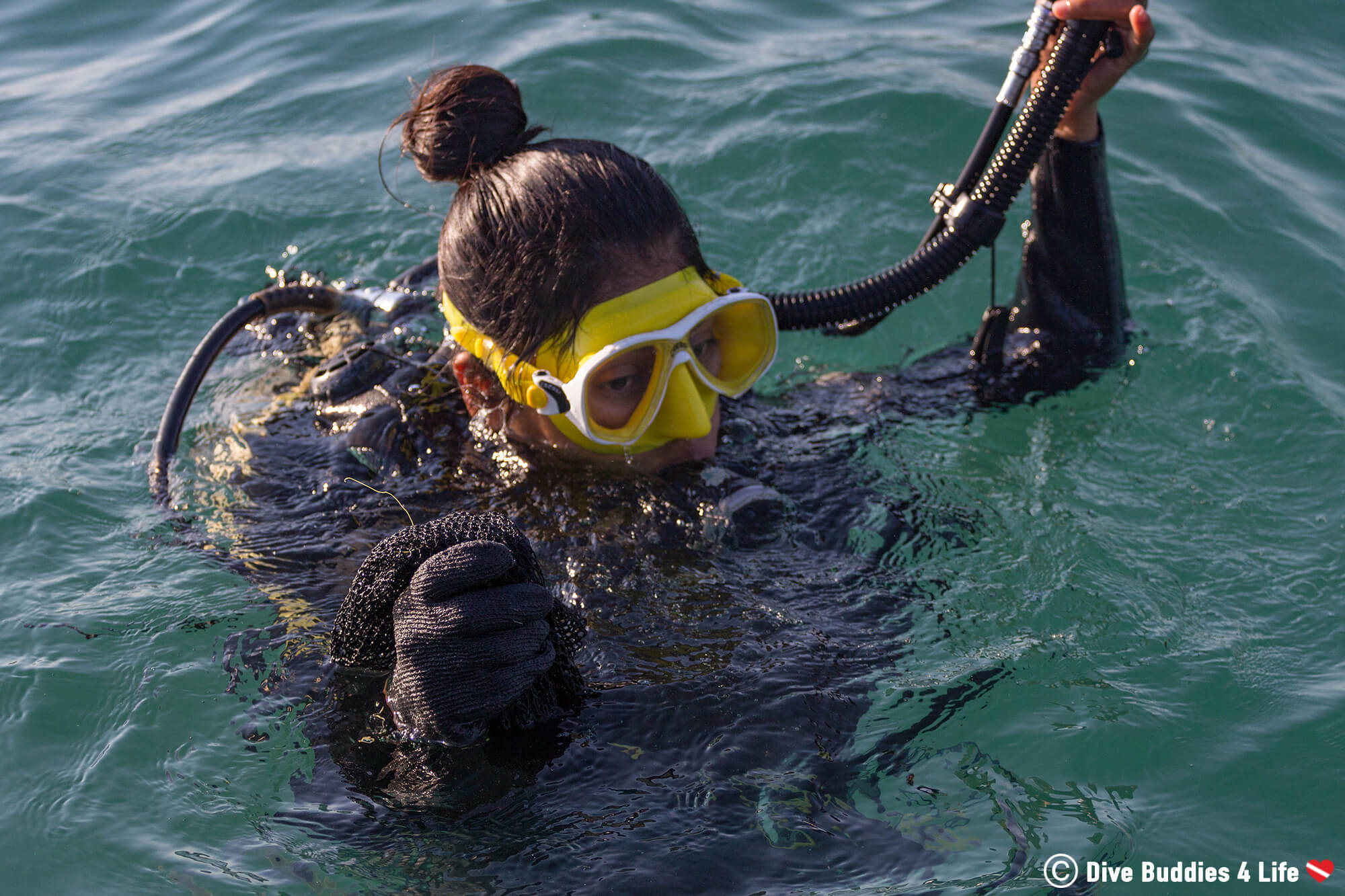 By far the most common item collected while diving was tin beverage cans. The most valuable article – a 20 peso bill!

Together Zihro Plastic and Dive Zihuatanejo collected an absorbent amount of trash both from the beach and from underwater. It was enough garbage to fill the entire trunk of an SUV and then some. 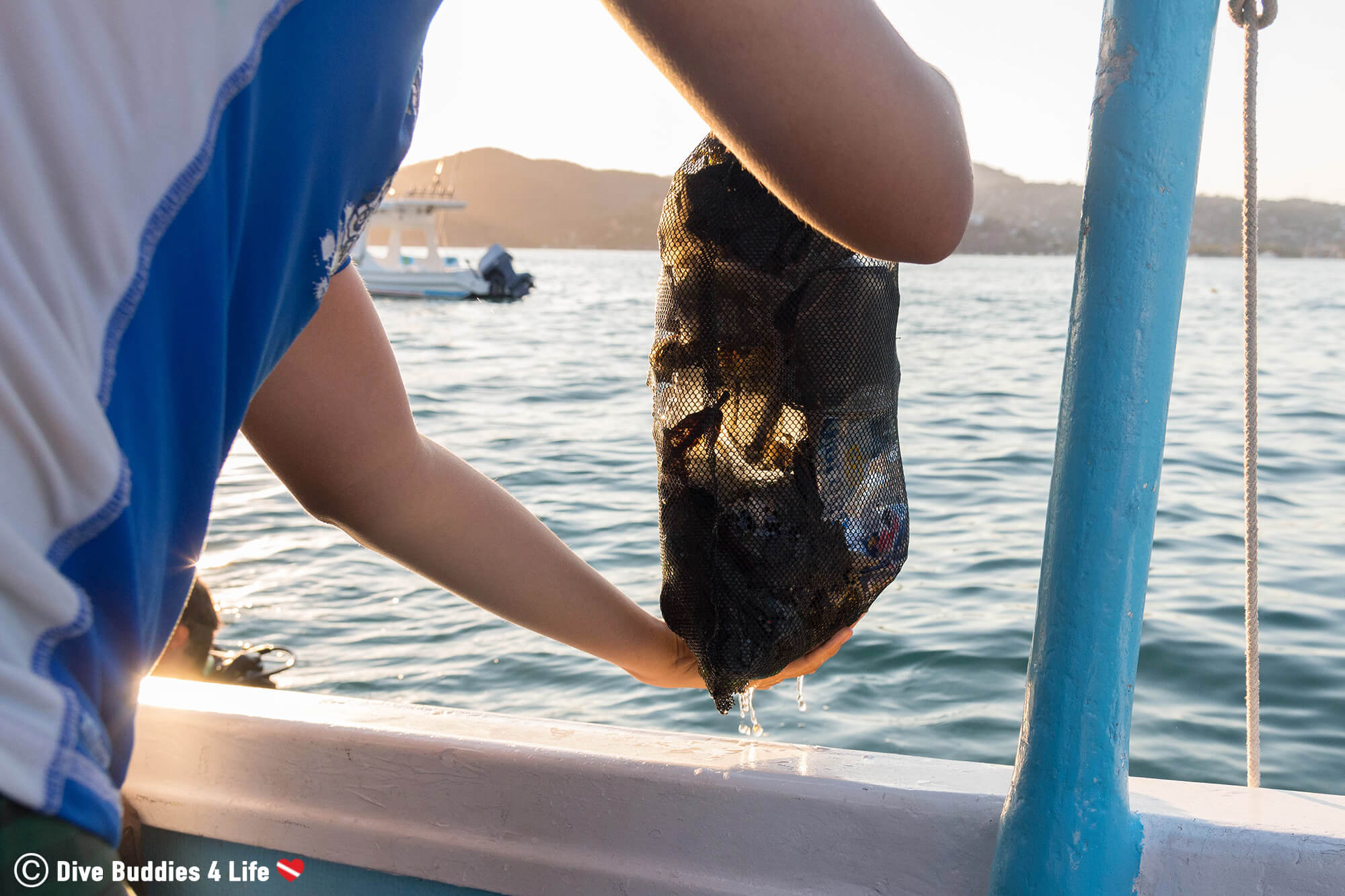 A Sea of Plastic

Enough is enough with the plastic already!

A 2014 study estimates that 8 million metric tons of plastic enter the sea from land every year. For all our North American friends – research from Rochester Institute of Technology estimates 22 million pounds are thrown into the Great Lakes. 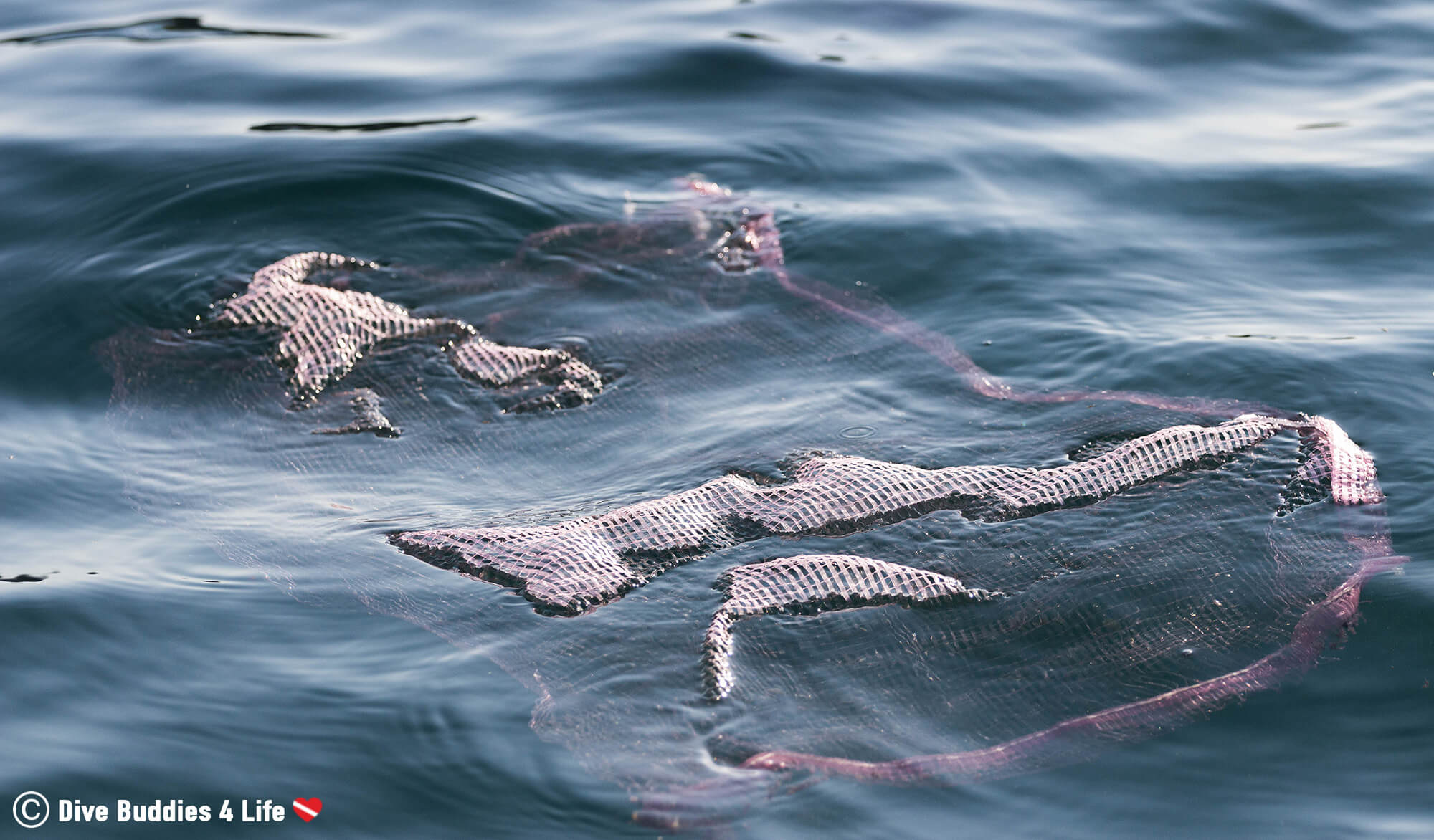 Whatever plastic does not manage to entangle and trap larger marine life eventually, degrades into smaller microplastics. And just because we can’t see them, doesn’t mean they aren’t there. Microplastics gets absorbed and eaten by all sizes of animals, making their way into our food chain, where they will eventually be consumed by us. How appalling is that?!?

Organized beach and dive clean up only solve a fraction of the issues we are facing with plastic. But by doing the cleanup and inspiring curiosity within the residents of this city, Zihro Plastic and Dive Zihuatanejo can educate and change people’s perception of single-use plastic. 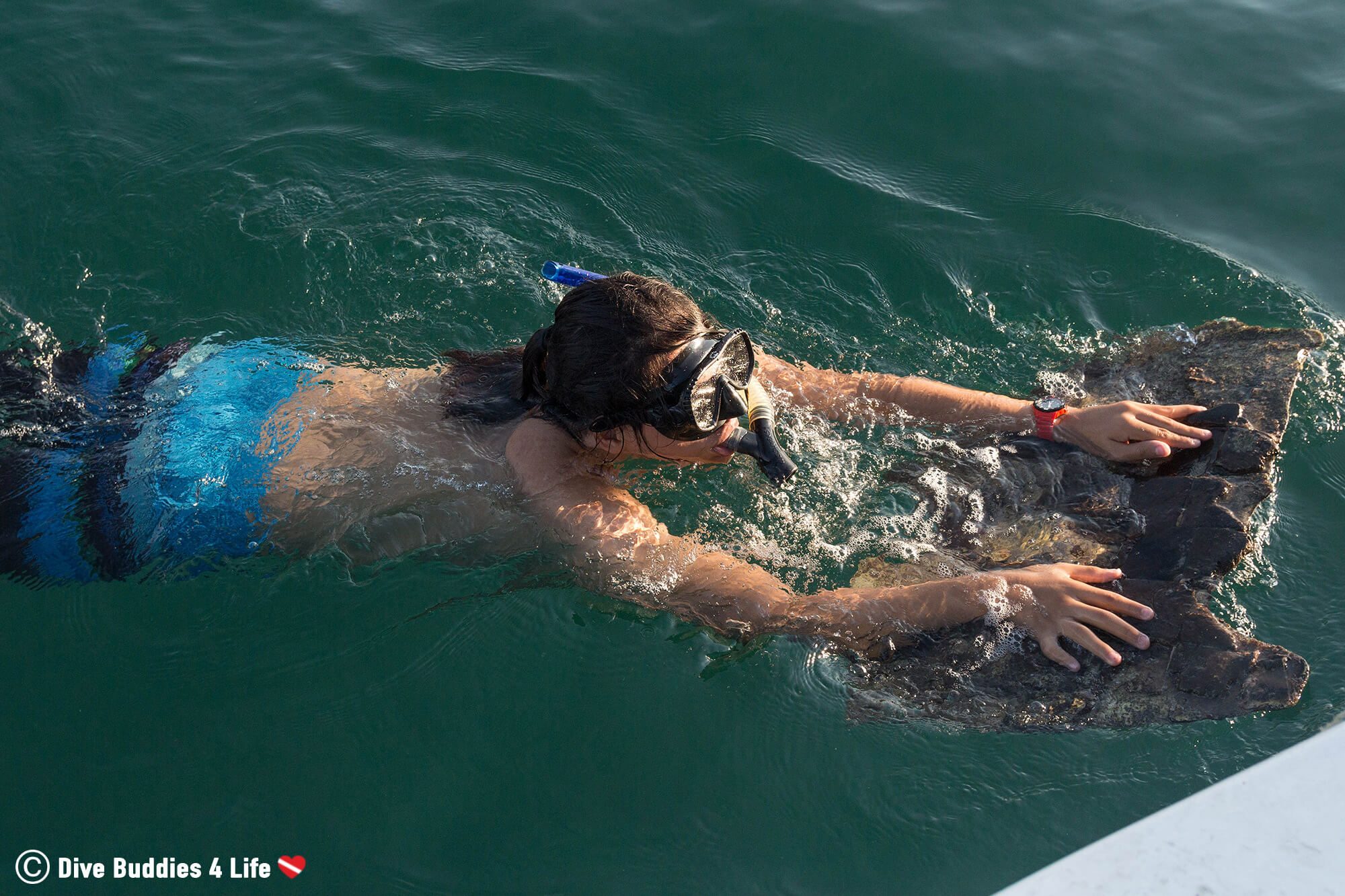 Is plastic and active part of your life? What can you do to change your use of this dangerous and detrimental product? 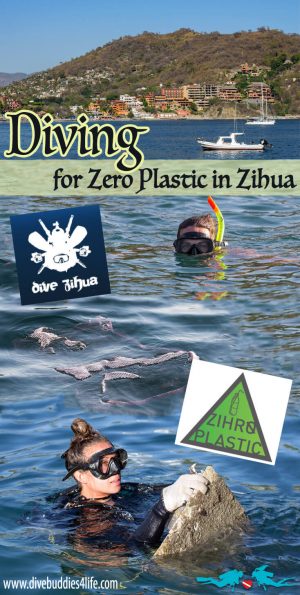