Ask any avid diver, and they will quickly tell you – a trip to the sunshine state isn’t complete without scuba diving the world famous Florida Keys.

So naturally, while we were in Florida, Joey and I just had to make a long weekend trip to Key Largo. 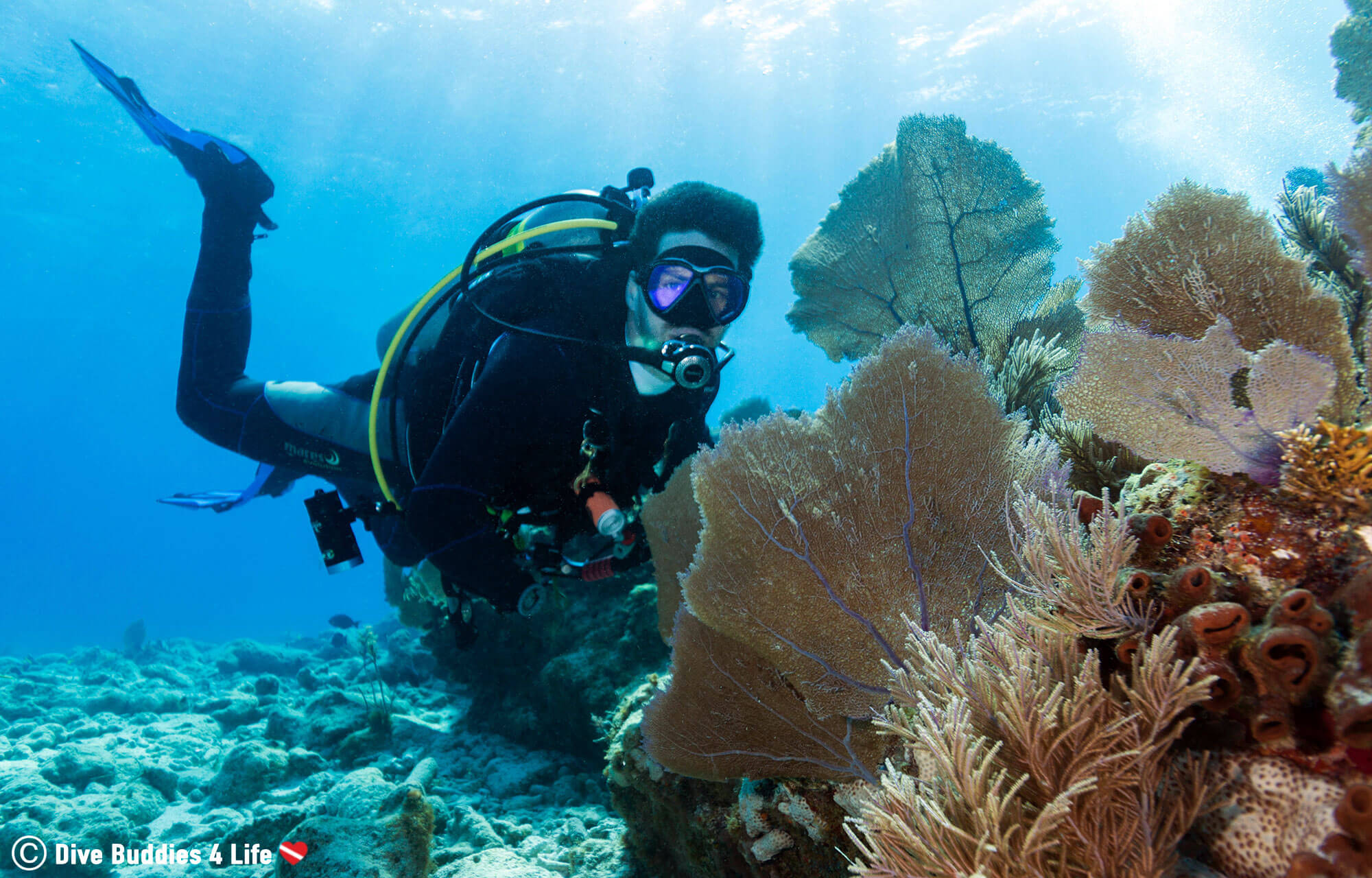 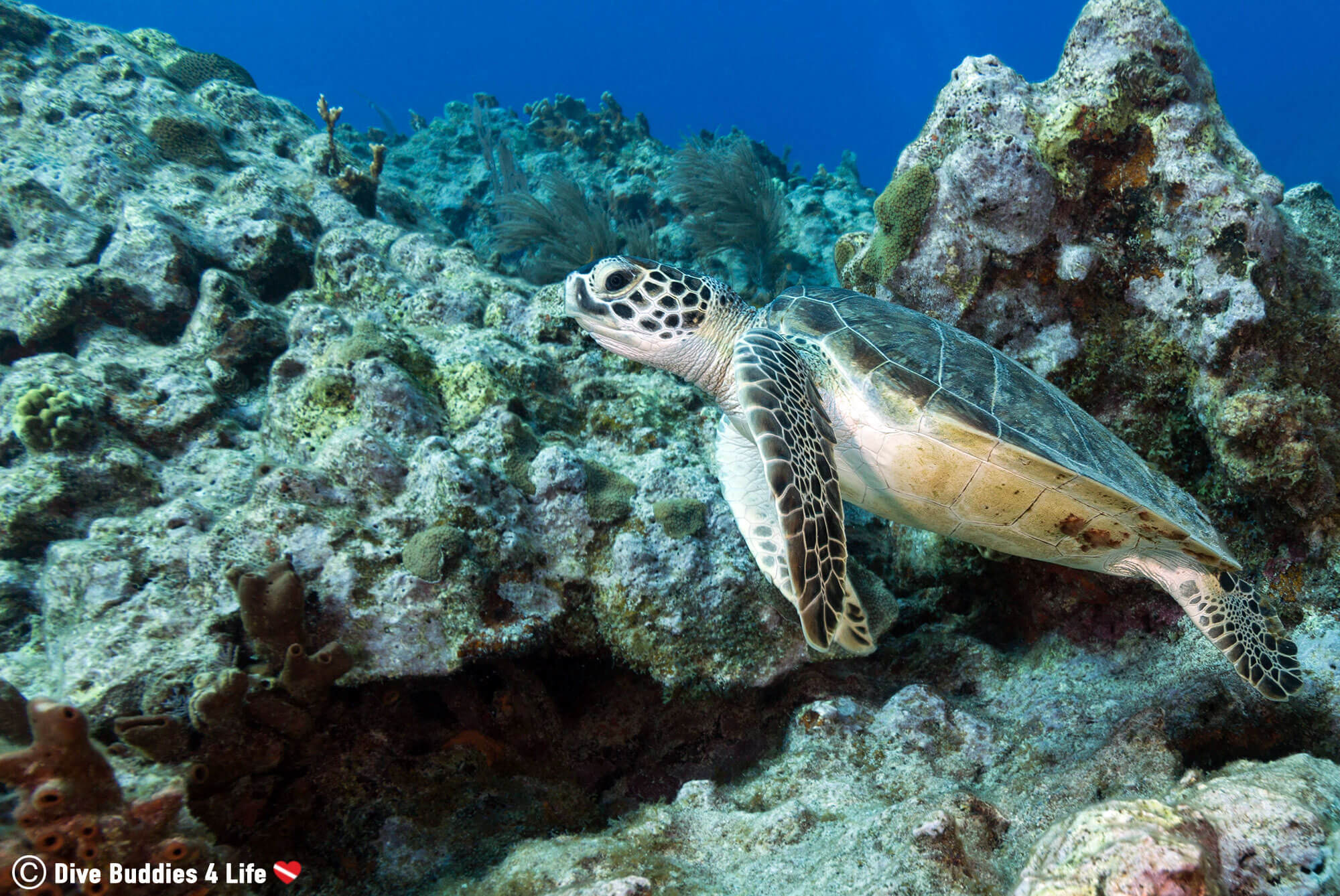 What are the Florida Keys and how were they formed?

The Florida Key archipelagos are remnants of an ancient coral reef and sandbars that developed during a period of higher seas in the Pleistocene Epoch, approximately 125,000 years ago. When the last ice age hit and sea level dropped, the reef and sandbars became exposed. This exposure caused them to fossilize over time, creating the arced chain of islands that make up the southernmost point of the USA. 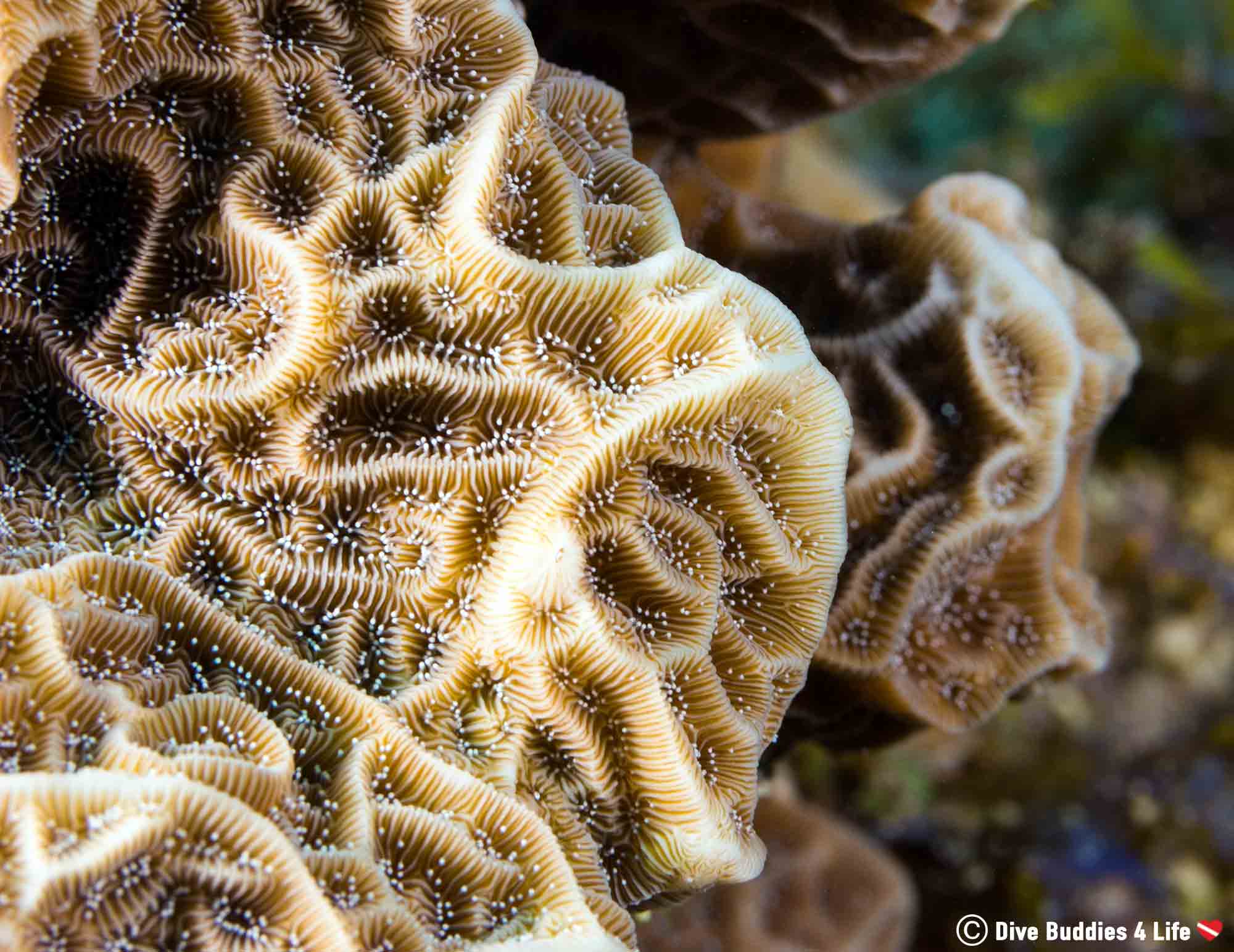 Geographically the Keys lie along the Florida Straits separating the Atlantic ocean to the east from the Gulf of Mexico on the west. This archipelago covers a distance of around 354 kilometers (220 miles). In total there are over 1700 islands that make up the Keys, but because most of these islands are very small, few are inhabited.

Due to the sheer number of islands, the Florida Keys have been divided into several different groups; Upper Keys, Middle Keys, Lower Keys and Outlying Islands. The Upper Keys are located the farthest north, closest to mainland Florida, and the group extends from there down to Key West which is considered to be part of the Lower Keys. The Outlying Islands are Keys that can only be accessed by boat.

Did you know? The Florida Keys get their names from early Spanish travelers and map makers who initially referred to the islands as “cayos.” Over time the English word for small island “kay” or “cay” became used, and eventually, this turned into “key” for Americans.

Anyone who has visited the Florida Keys before can appreciate being on an island surrounded by water. I mean where else can you wake up and practically stride jump into crystal clear waters teeming with fish.

Key Largo is the largest and most northerly situated Florida Key. This island is wedged between the Everglades National Park to the northwest and John Pennekamp Coral Reef State Park on the east. 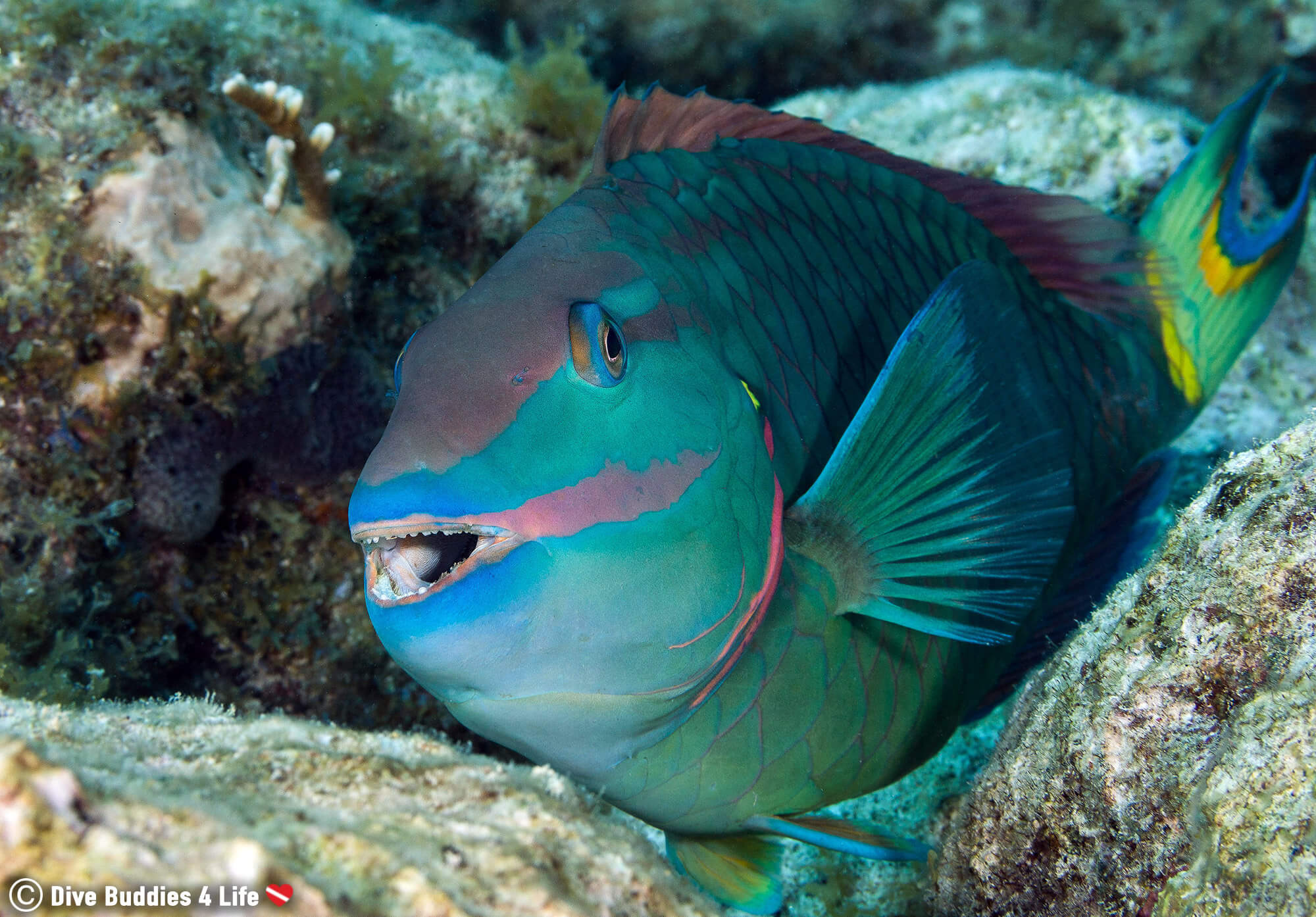 Having more dive shops than gas stations, this Key is the self-proclaimed “Diving Capital of the World” because of the shallow coral reefs located just offshore but also because of deeper and more technical wrecks which attract scuba divers from all over. 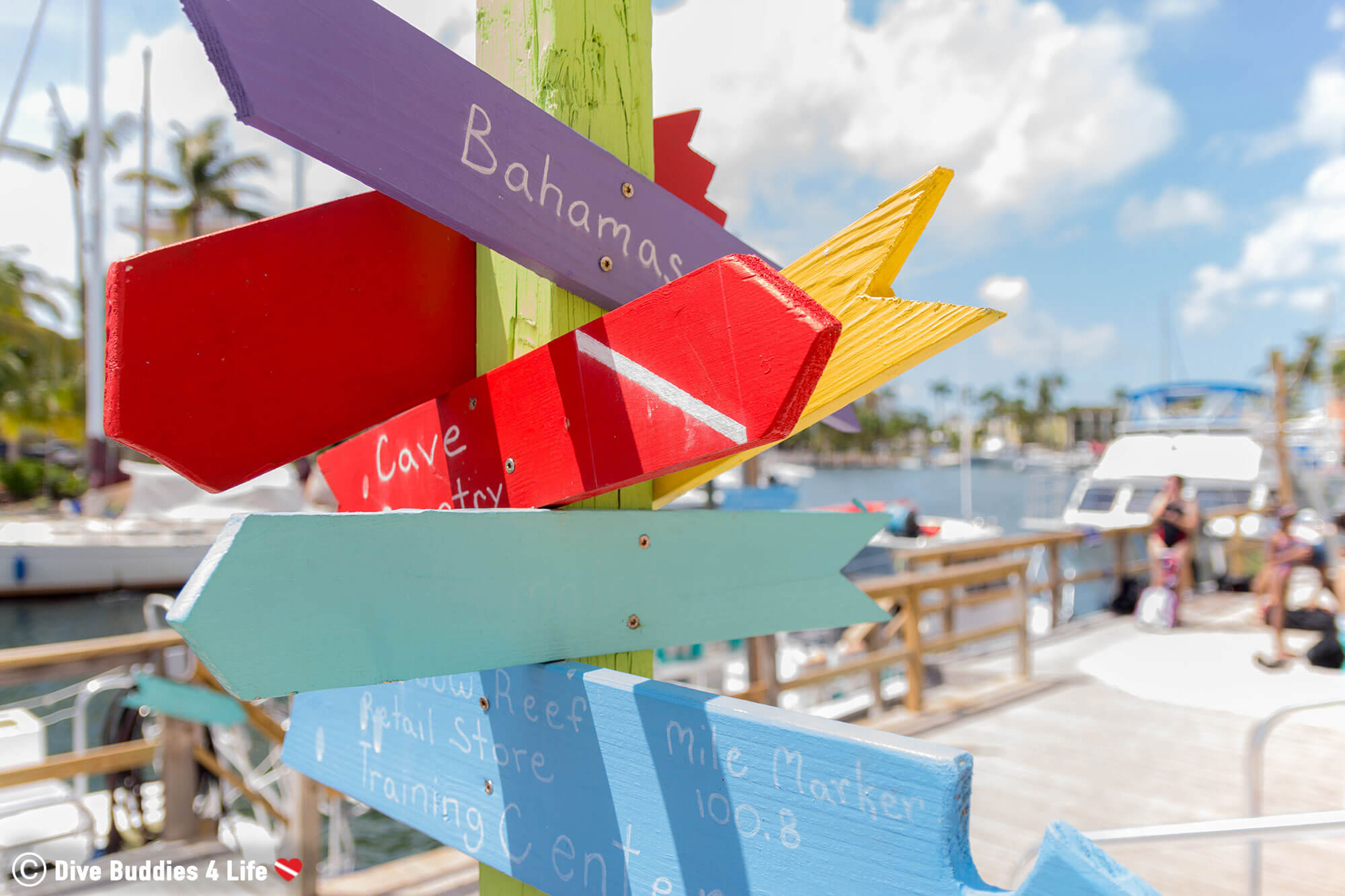 On top of protecting many seagrass beds and mangrove swamps, the park is home to the only living coral barrier reef in the continental USA which has been protected for more than four decades. 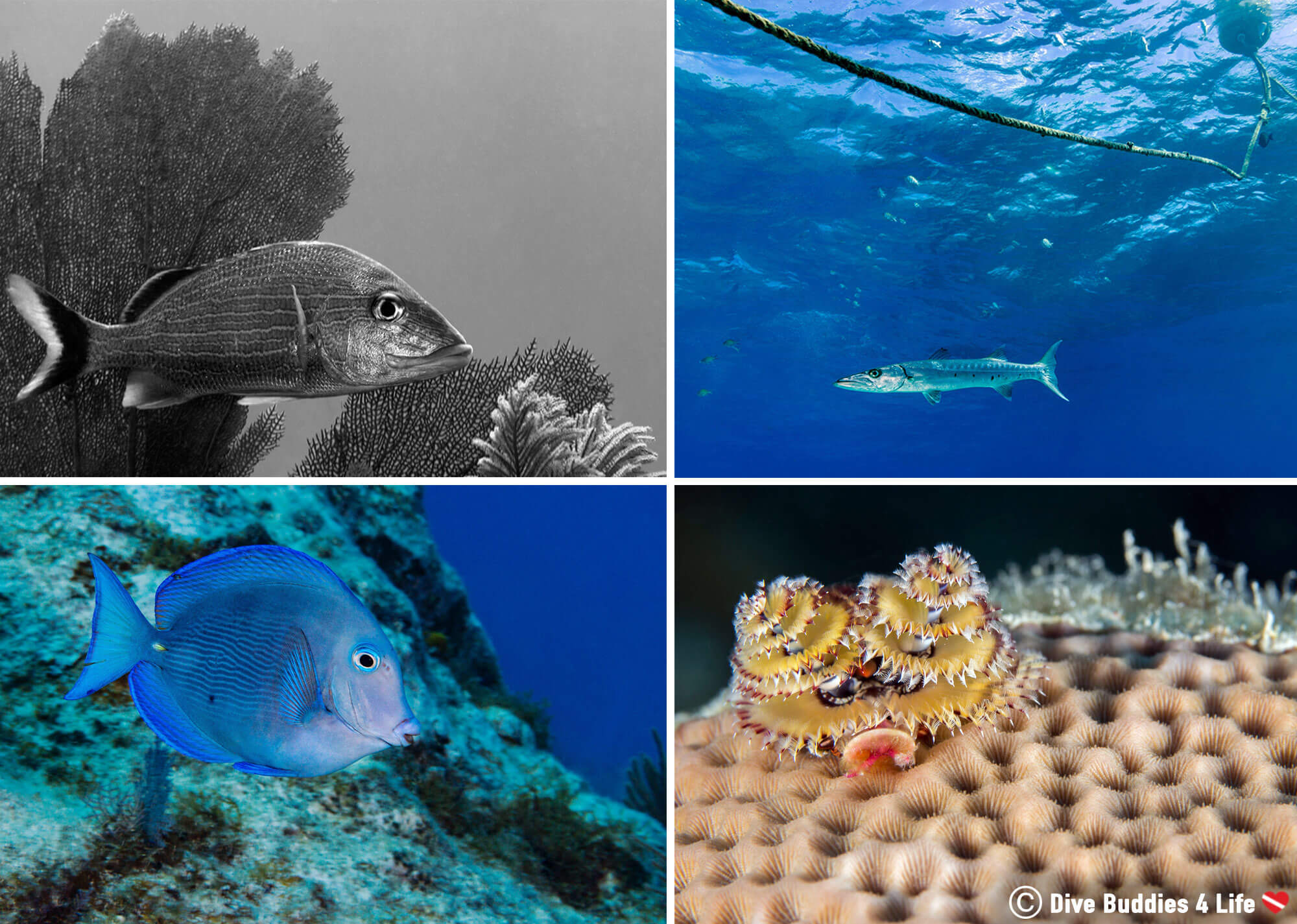 The massive barrier reef is found just offshore and has over 40 living coral species and 650 fish varieties. It offers terrific snorkeling opportunities, in the regions with shallow depths, and scuba diving along the offshore banks where the depths and topography vary between 20 and 35 feet (6 to 10 meters).

Molasses Reef and French Reef are two of the main dive locations where local scuba and snorkeling shops will take tourists looking to check out some of the impressive Key Largo fish populations. 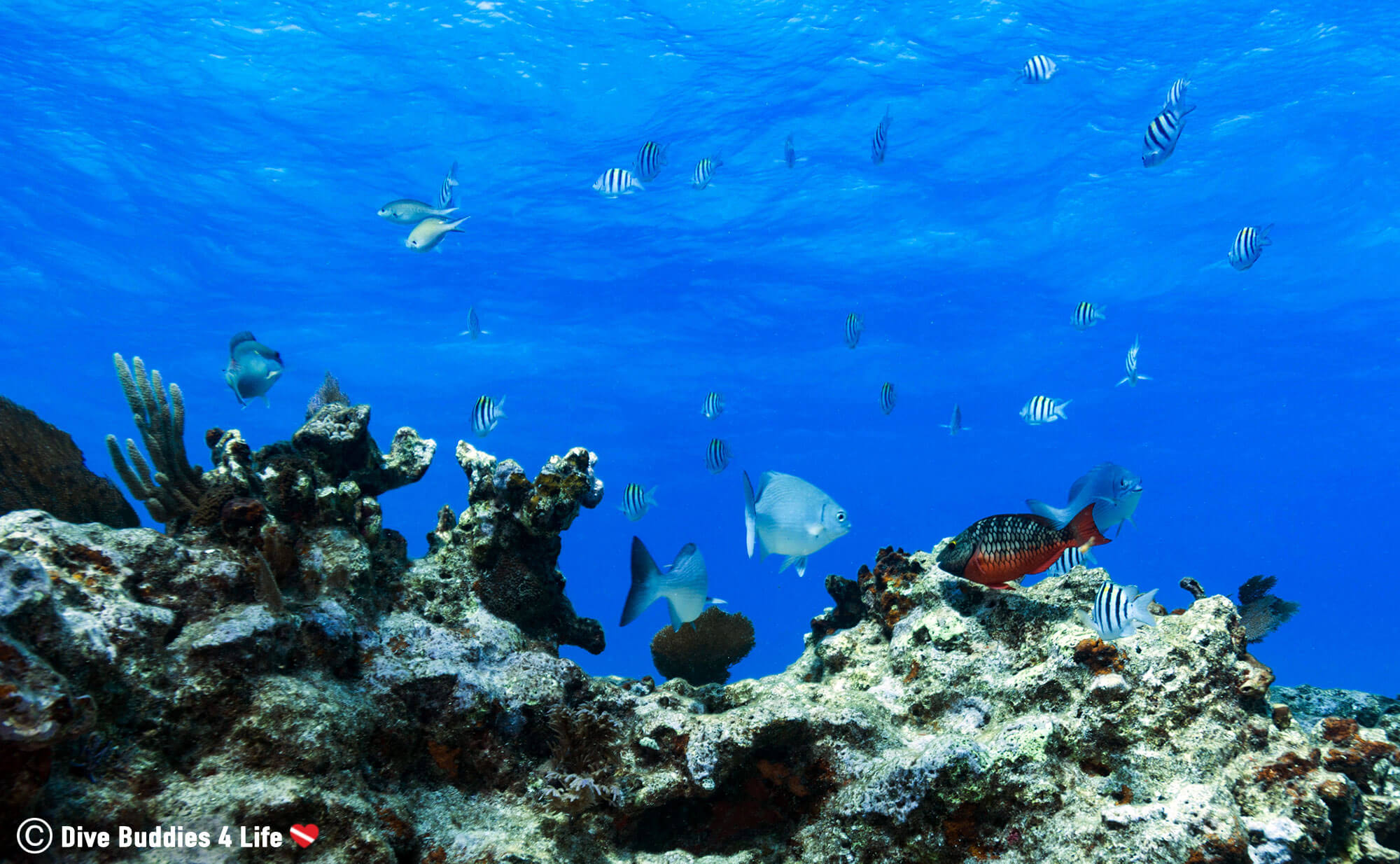 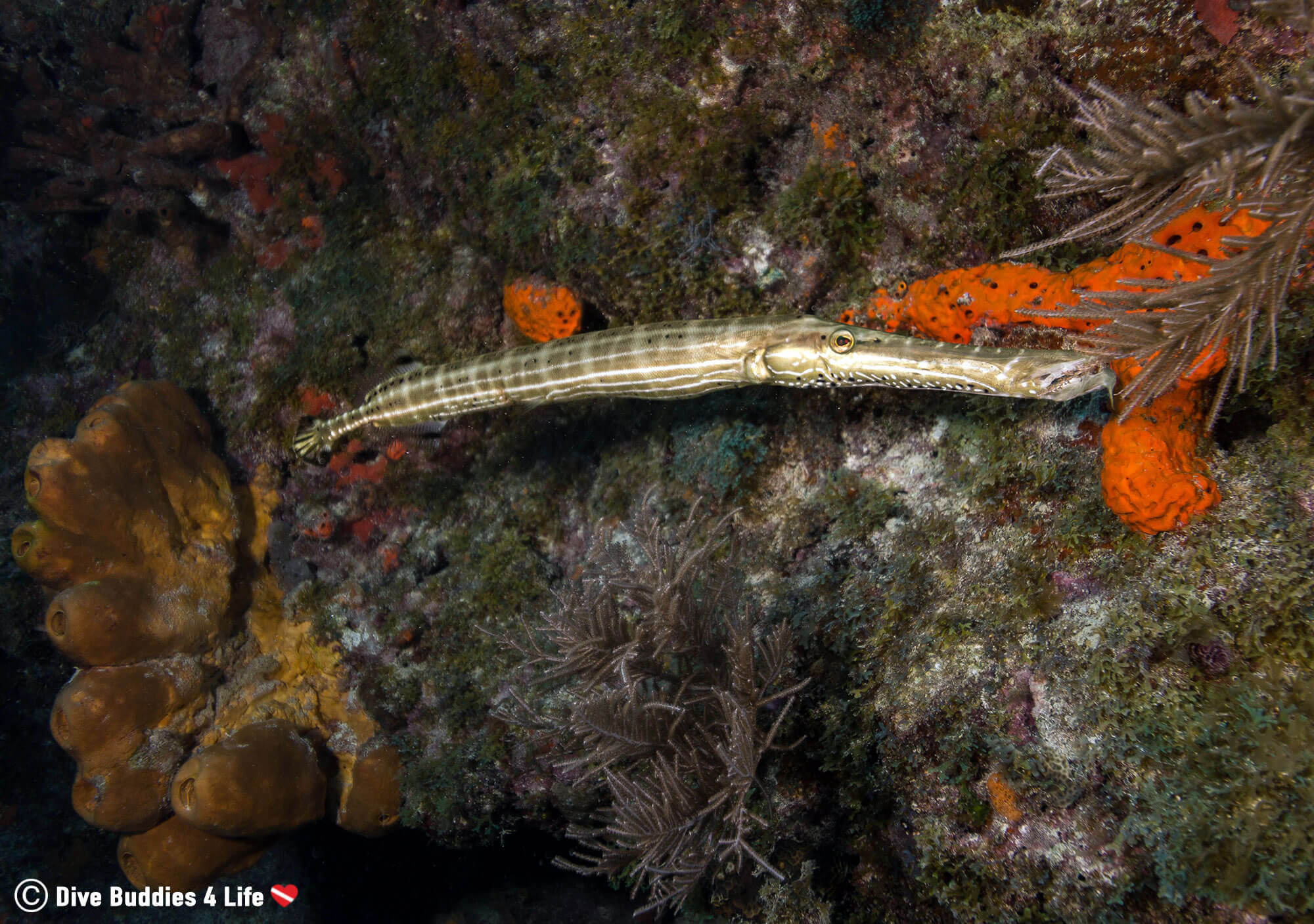 Sea turtles, nudibranchs, grunts, spadefish, trunkfish, butterflyfish, barracuda, morays, snappers, bream, sharks, grouper… The list of potential fauna sightings on any given reef dive is plentiful. If you keep your eyes open and head on a swivel there’s no telling what you will swim across.

Having explored both spots, each with their own collection of dive sites, Molasses was a fan favorite among local divemasters likely because of the spur-and-groove reef formations and seemingly more exciting and frequent animal sightings.

Reef diving aside, for some people, it’s all about the shipwrecks, and I am happy to report that if wrecks are what you seek, you will undoubtedly find them on Key Largo.

In fact, the famous Shipwreck Trail passes parallel to Key Largo. This trail encompasses nine historically significant sunken ships in the Florida Keys National Marine Sanctuary. Three of the five Key Largo wrecks are a part of the trail. 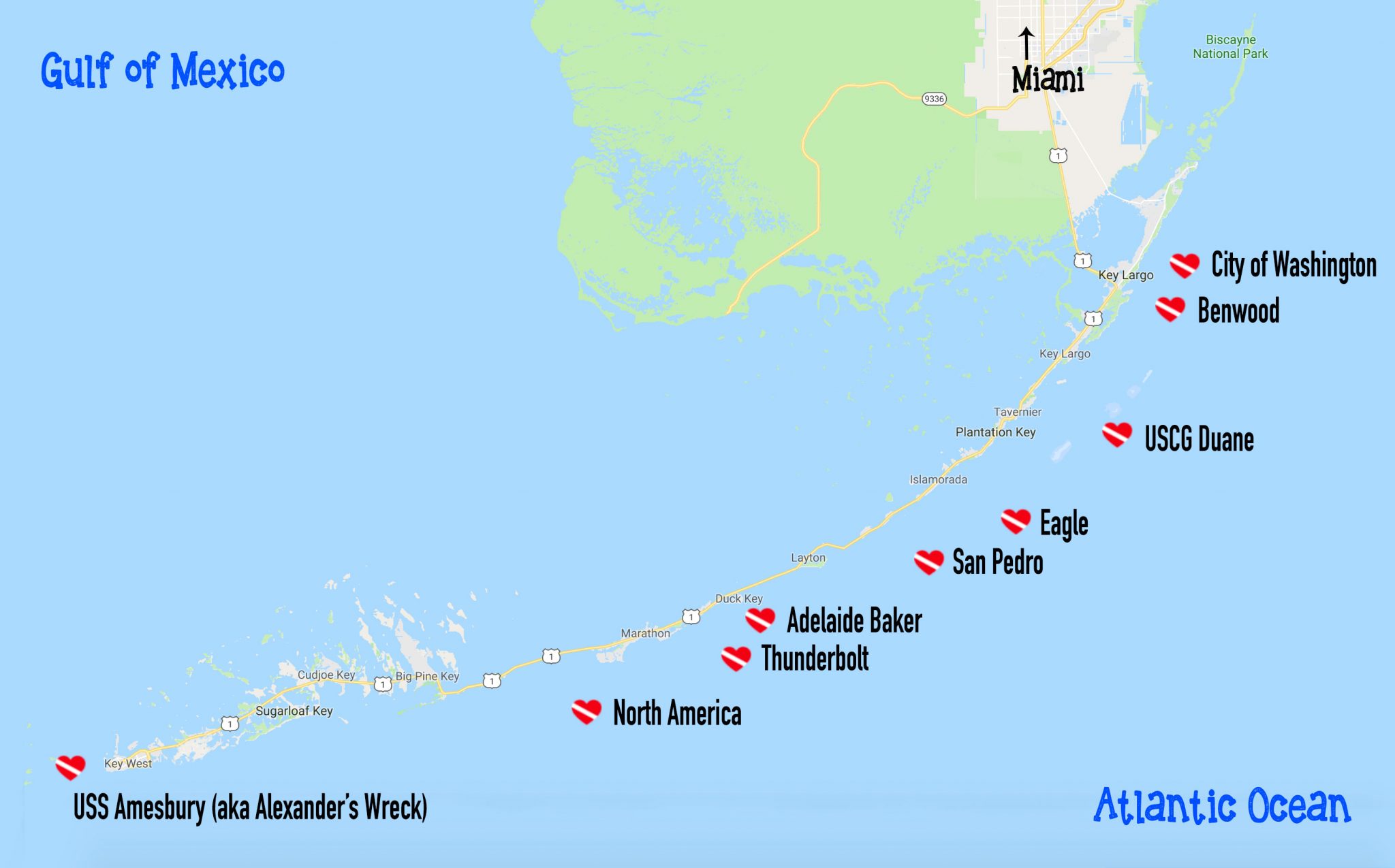 The Spiegel Grove is a mammoth of a shipwreck.

At 510-foot in length, this military vessel was donated by the Maritime Administration from its James River Reserve. The ship was cleaned and sunk as a dive attraction on June 17th, 2002, 11 kilometers offshore of Key Largo.

The wreck first sunk to the bottom on its starboard side but now thanks to a 2005 hurricane it rests upright. The wreckage is found between a depth of 70 to 130 feet with the best part being between the 70 to 90-foot range. Because of the Spiegel Grove’s size, it usually requires divers two dives, to fully appreciate her gigantic size. 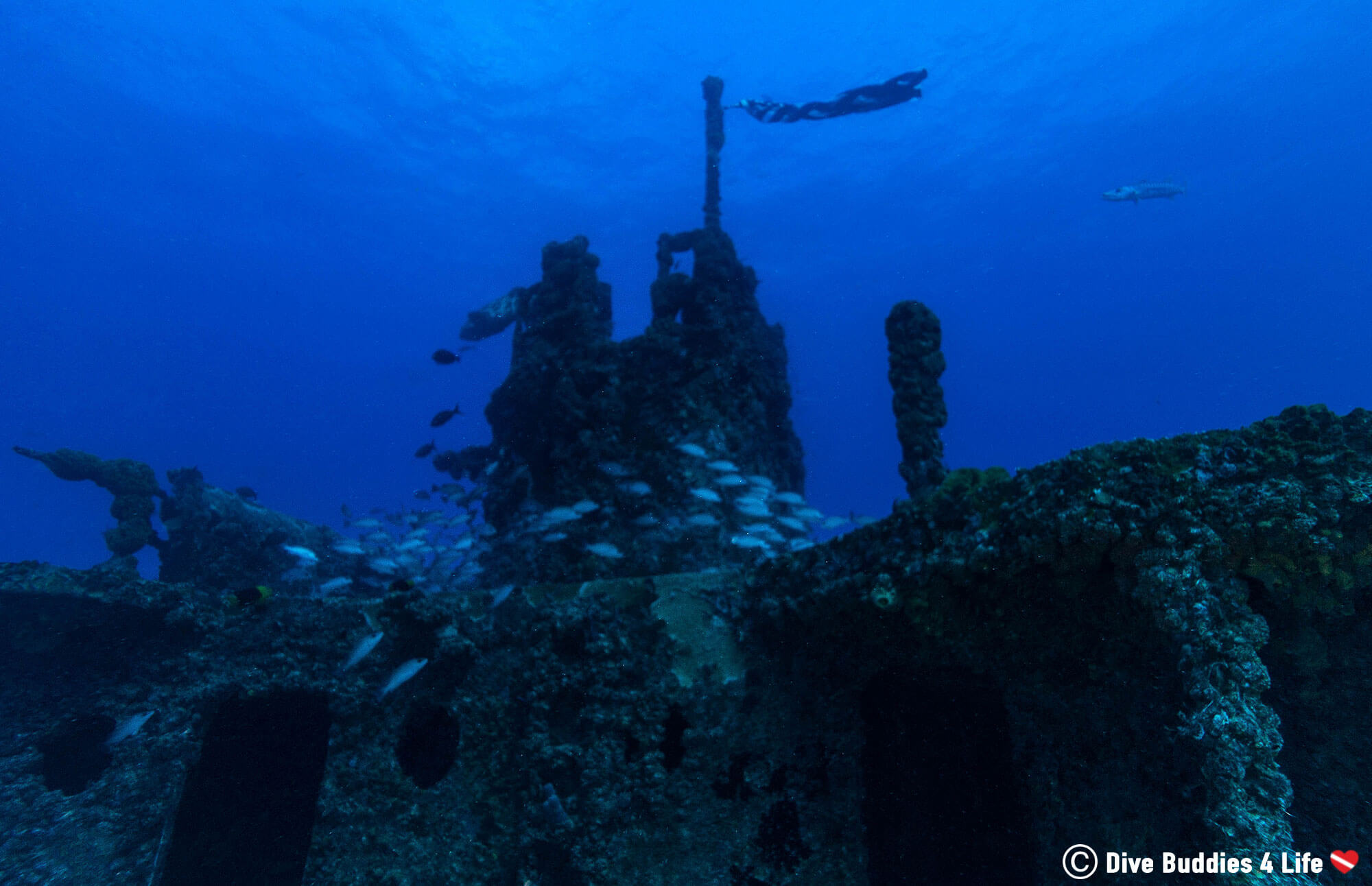 The Benwood is an English built ship owned by a Norwegian company. This merchant freighter was 360-feet long and was known to carry cargo such as ore and phosphate rock.

In 1942, during the time of WW2, the Benwood sunk to the bottom of the Atlantic after colliding with another ship, because they were both sailing without lights or radio contact for fear of German submarines.

Now the Benwood is part of the famous Shipwreck trail and is one of the most popular shipwrecks to dive in the Florida Keys. 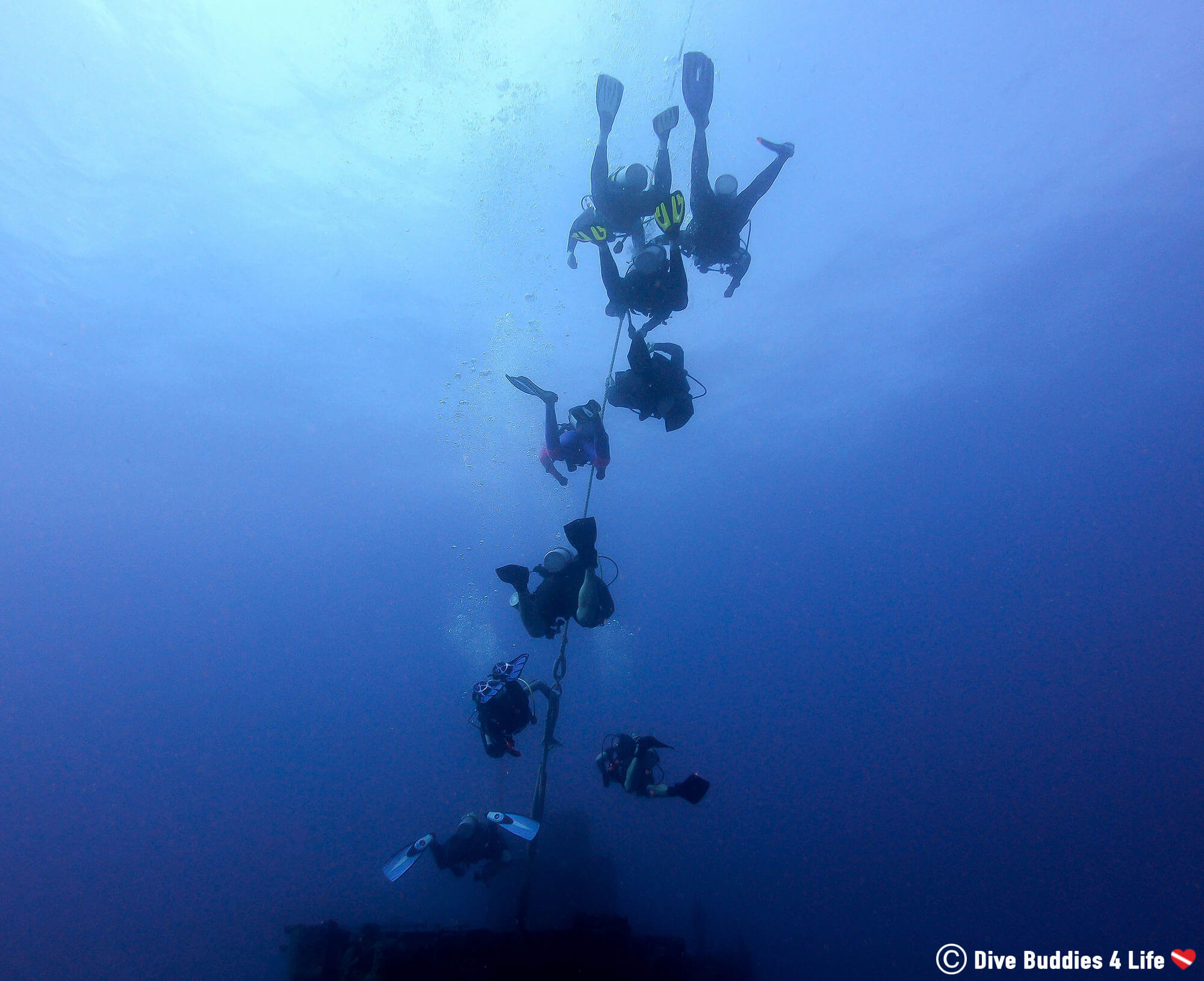 The City of Washington is a 325-foot long iron-hulled steamer used primarily for passenger and cargo transport between New York, Cuba, and Mexico back in the late 19th century.

Her last day afloat was on July 10, 1917, when she ran aground while being pulled by a tugboat. The ship was a total loss within minutes.

For divers, the City of Washington is part of the Shipwreck Trail. The boat lies in 25 feet of water to the east of Key Largo, on Elbow Reef. The ship is pretty broken up, but still contains the lower bilge section of the steel hull.

The Duane is a 327-foot long Treasury Class Cutter, named for William J. Duane, the Secretary of the Treasury under Andrew Jackson. This historic ship is part of the Shipwreck trail and has a very colorful past which included an impressive wartime and peacetime record. One of her most notable feats consists of the sinking of the German U-boat U-77, on April 17, 1943.

Resting upright on a sandy bottom at a depth of 120 feet, the Duane was purposely sunk as an artificial reef on November 27, 1987. Due to its proximity to the Gulf stream, this shipwreck is notorious for having strong currents and is certainly not a wreck that should be attempted by a novice diver. 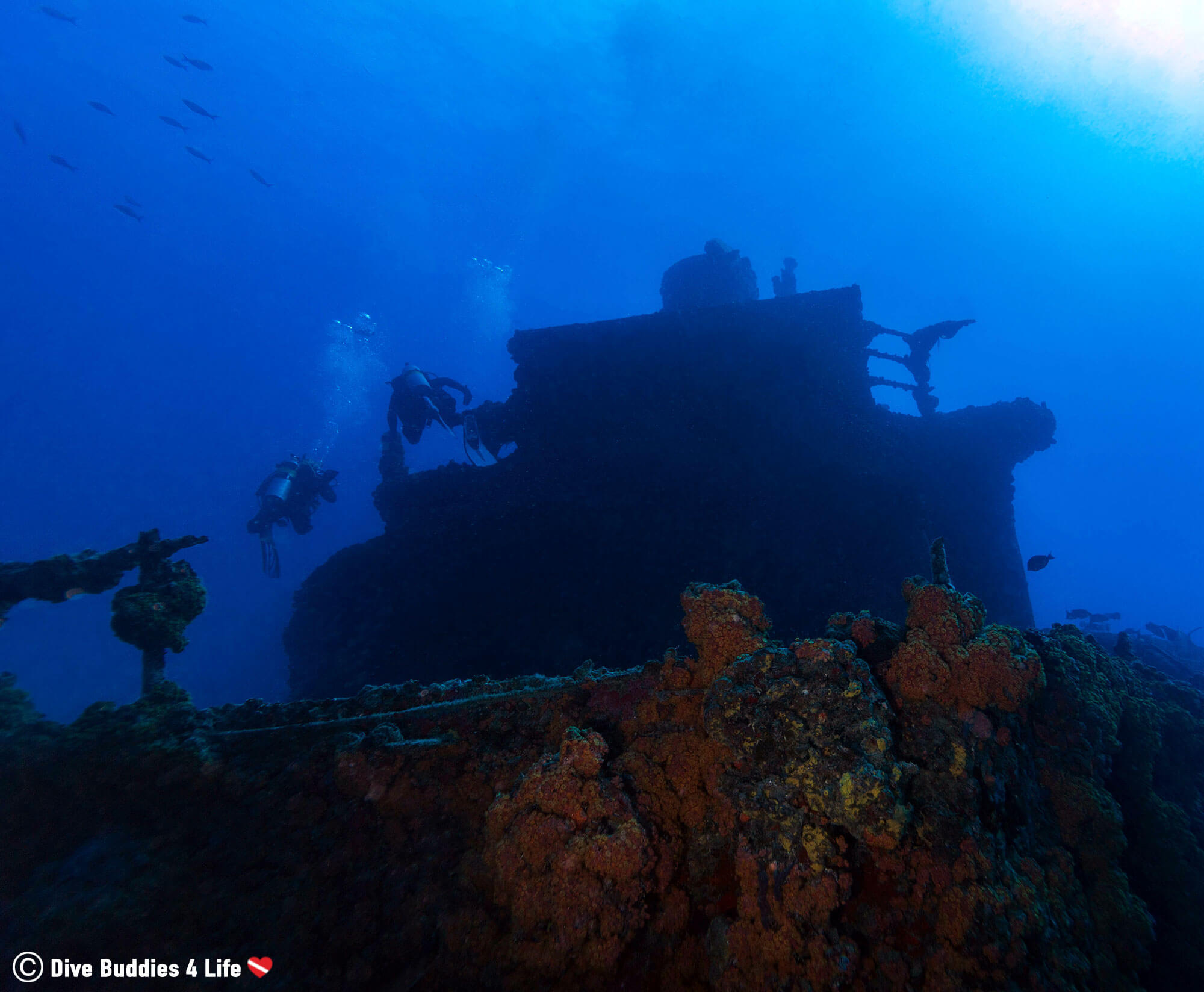 The Bibb is a 327 foot-long USCG cutter ship. Before being decommissioned and sunk as a scuba diving site back on November 28, 1987, the Bibb that had a 50-year long career on the open sea.

Currently, the wreck lies on its starboard side in 110 to 130 feet of water. The must-see spots are the crows nest and propeller. 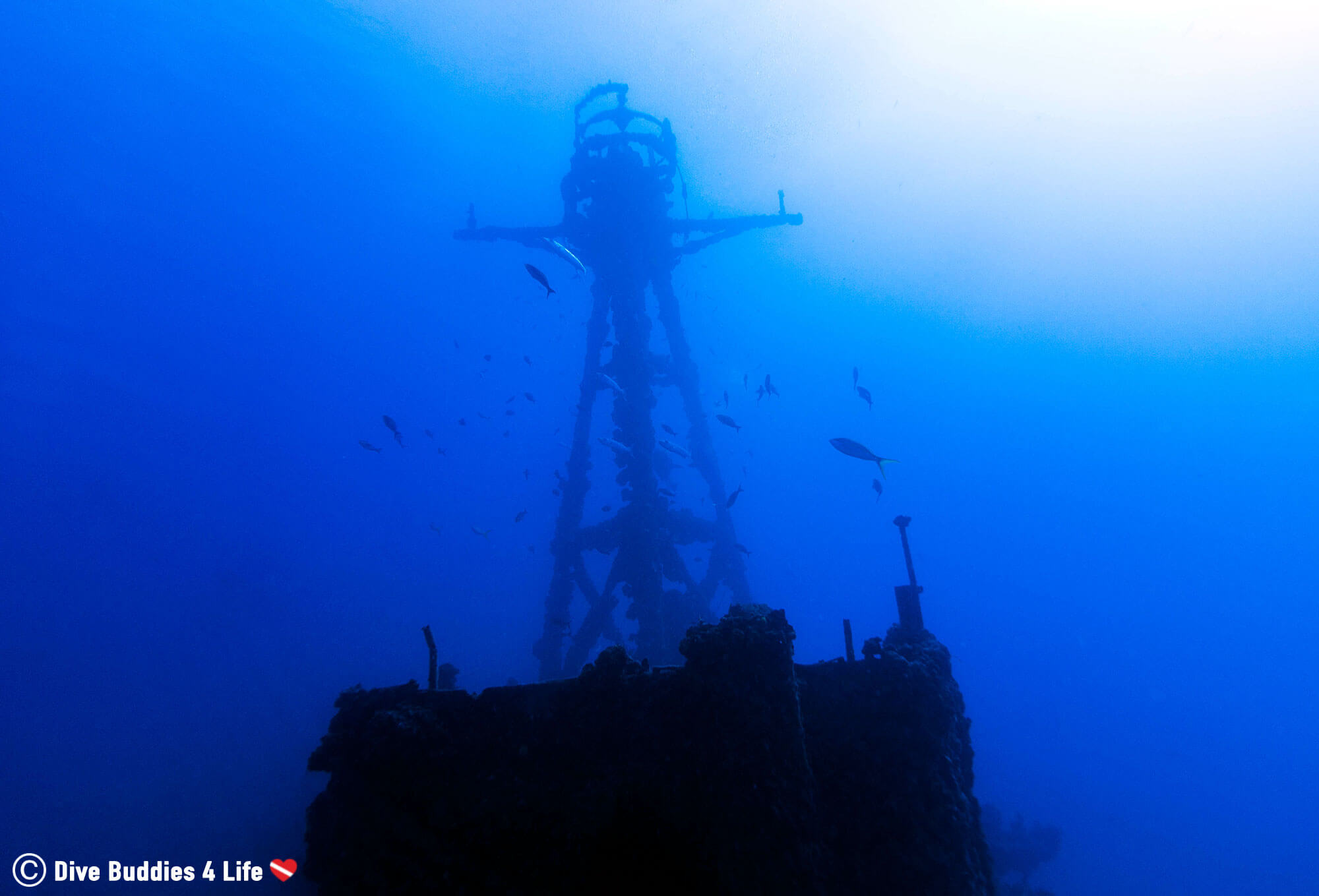 I loved diving on Key Largo – why?

For starters, the water was SO warm and SO clear. Coming from Canada, cold water, and limited visibility is our middle name. Crystal clear sea offers excellent diving conditions with high amounts of underwater life. To enjoy diving in a 3mm wetsuit with very little equipment and to be able to see seascapes of coral well off into the distance was a real luxury.

I also loved the fact that we got to see TONNES of strange and colorful fauna. For a marine biologist like me – my love of diving stems almost exclusively from the animals. No matter how big or small, it is always a treat to stumble across marine critters I haven’t previously encountered on a dive.

Given that Joey and I have only ever dove on Key Largo, we cannot speak for diving the rest of the Florida Keys (that will be for another scuba adventure), but after our time on the island and our success diving I would say the Keys are a definite MUST-DIVE for any scuba enthusiast in the area. 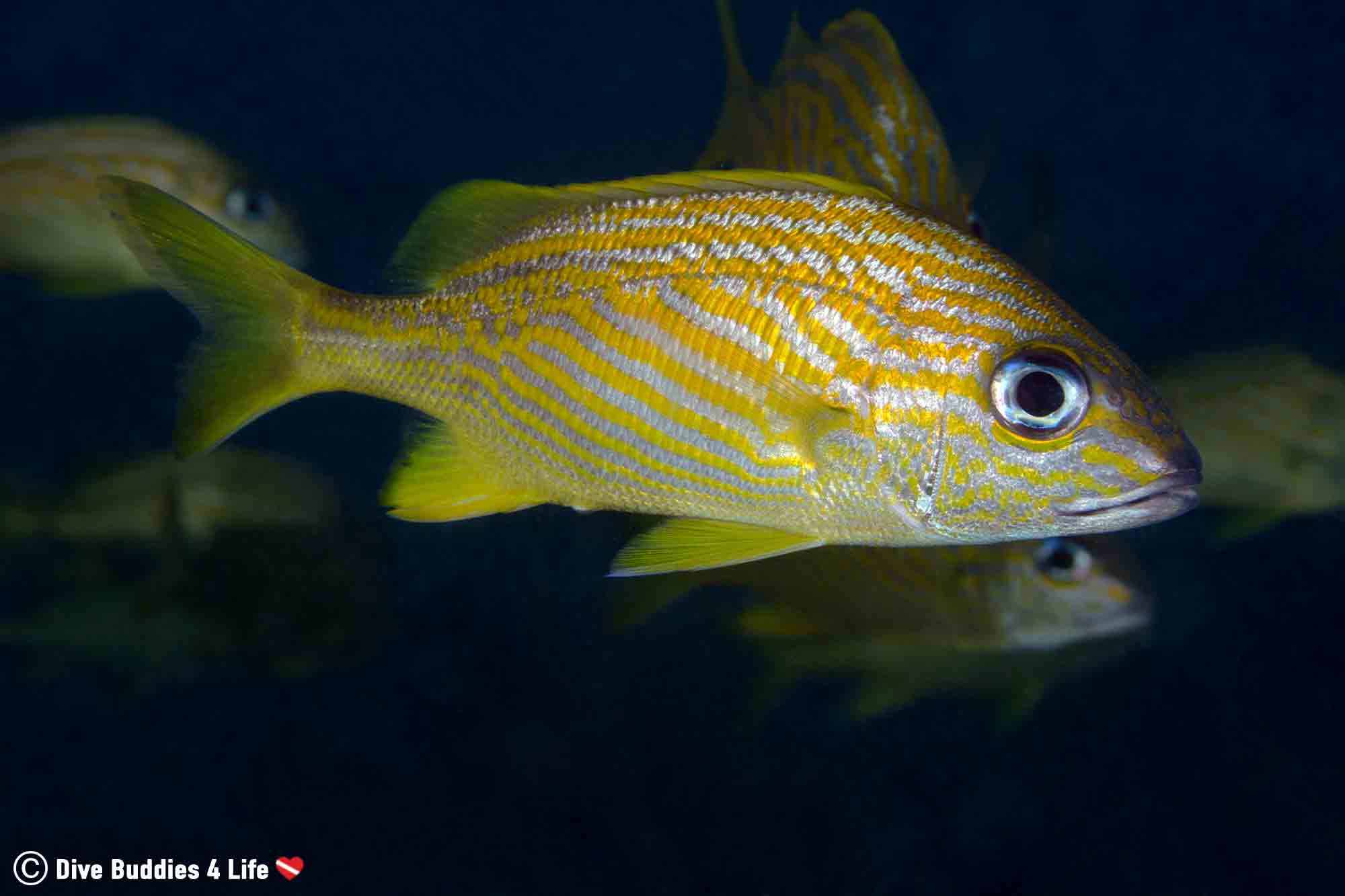 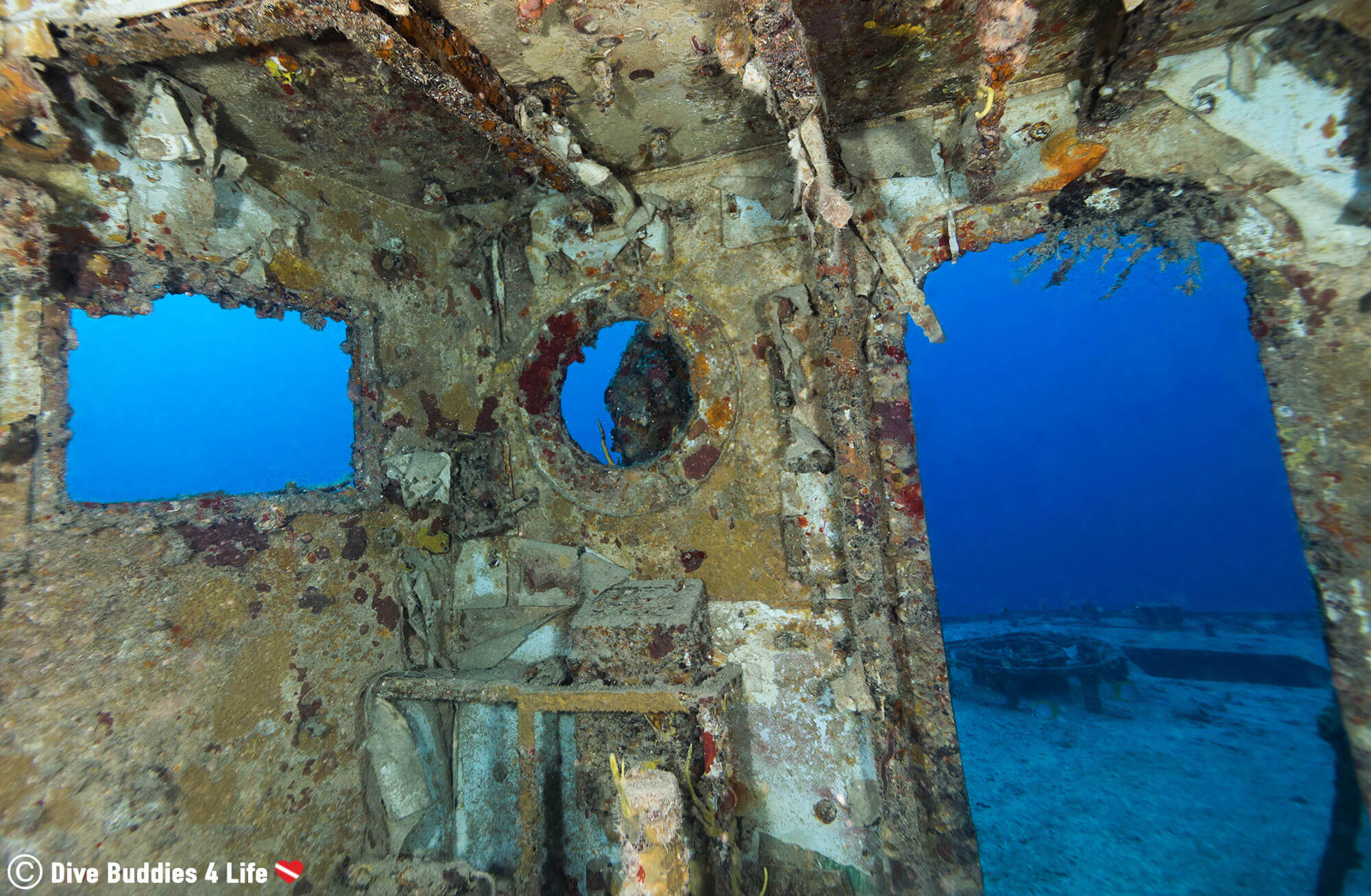 Have you been diving in Key Largo? What dive outfitter did you use? What were your favorite dive site and animal sighting? 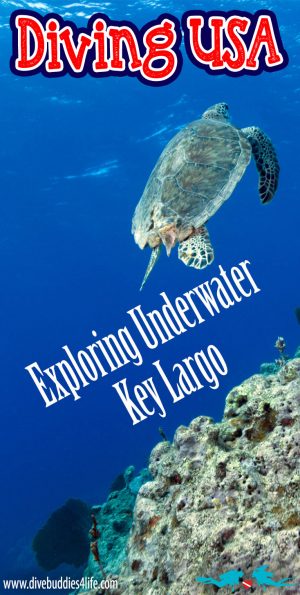