Puffins – the fluorescent birds we never knew about

Get your subwoofers and grab a disco ball because puffins are turning out to be the glowing life of the party.

A profile photo of an Atlantic puffin in the wild. Photo: Bobbie Jean MacKinnon/CBC

A scientist has made a shocking new discovery in England: under UV light the bills of Atlantic puffins light up like a glow stick.

Jamie Dunning, an ornithologist that usually works with another type of bird, had been contemplating about glow beaks in puffins for awhile, given that seabirds of the same family – crested auklets – have been known to have light-up bills.

The discovery happened back in January when Dunning decided to shine a UV light on a puffin carcass. He confesses the finding was in a way made by accident, confirming to Newsweek, that he was randomly placing specimens under black lights, with no expectations when the beak of a puffin corpse began to fluoresce vibrantly.

Although it’s not yet clear what causes the fluorescence, something in those particular parts of the puffin bill allow the UV light to be absorbed and reemitted as glowing light. 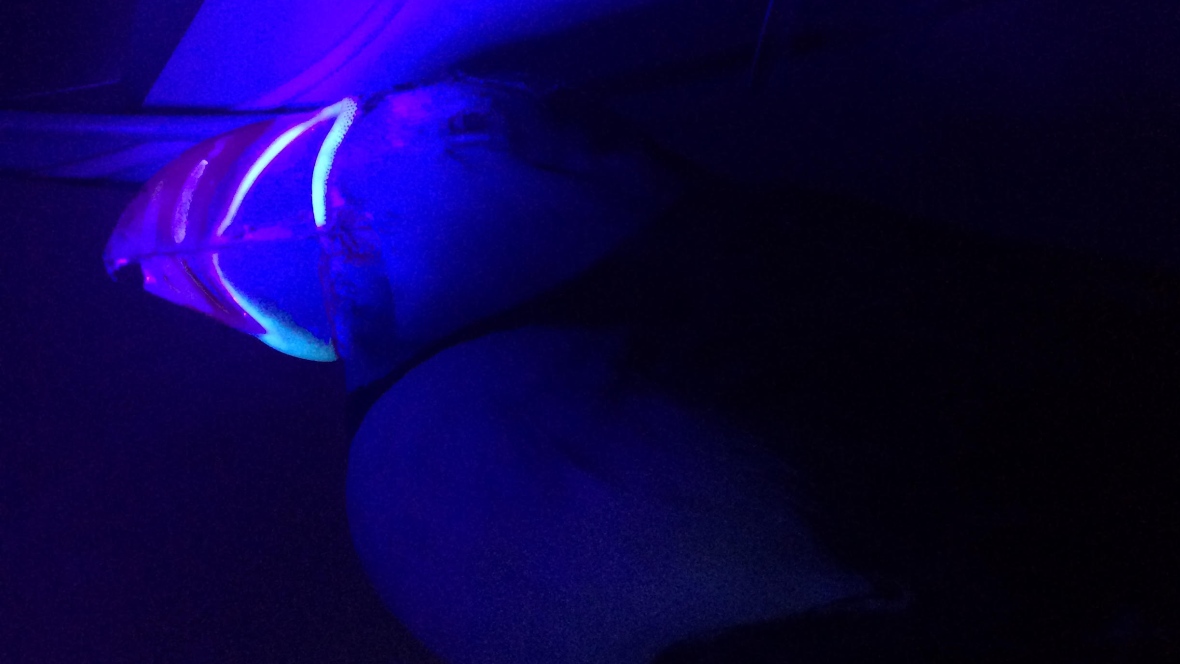 Why do puffin’s fluoresce?

While bill luminescence has some use for the puffins, it is still a mystery what these feathery friends use the fluorescence for.

The bill of a puffin is forged by generations, hundreds and thousands of years, of sexual selection. There’s a lot going on there. That’s why it’s so colorful and pretty. […] The fluorescence in the Atlantic puffin could have evolved for the purpose of sexual display to attract a mate, or possibly to help chicks see their parents.” 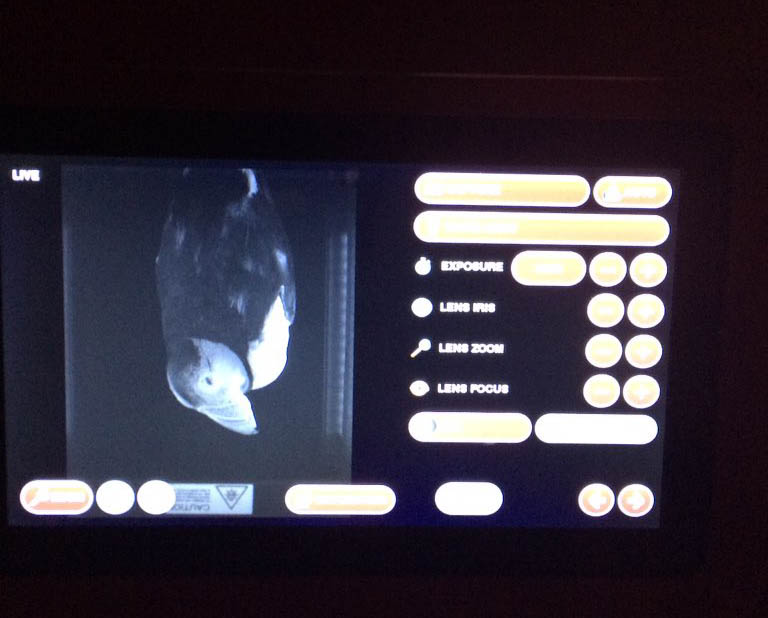 Birds perception of colour vs humans

The ability to see color comes from small internal receptors in our eyes called rods and cones. The human eye has three cones and is capable of perceiving a mixture of red, yellows and blues (our primary colors) and everything that those colors combine to create. What’s interesting with birds is that they have a fourth cone meaning that their eyes can perceive a whole other dimension of colors. Basically, they can see colors that we can’t even begin to comprehend; a property termed tetrachromatic vision. A scientist has made a shocking new discovery in England. Under UV light the bills of Atlantic puffins light up like a glow stick.

Its hards to say what it would look like [to birds], we can’t comprehend that color space, [b]ut almost certainly it’s attractive to birds. They must be able to see it – that’s the only reason it would exist.”

It could very well be, that birds have always known about the extra colors in the puffin bill.

How will the research take flight?

Thus far, bill fluorescence in Atlantic puffins has been observed solely on a carcass in Dunning’s lab.

Looking ahead, this phenomenon needs to be tested in the field, to ensure the bright beak isn’t just happening because of decomposition. Scientists have even made unique sunglasses to protect wild birds when they are caught for tagging. 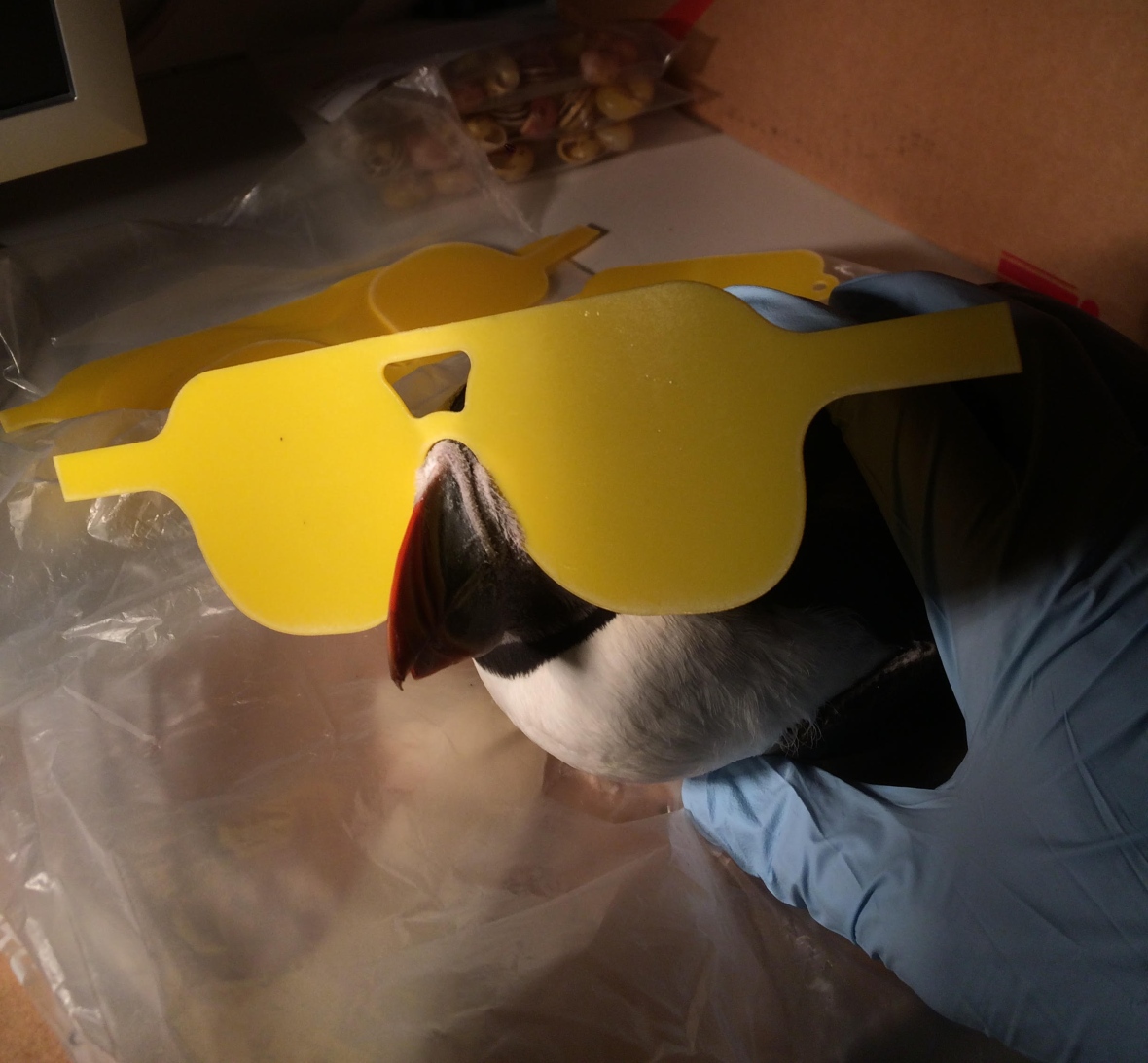 Printed aviator sunglasses on a puffin just for the fun. Photo: Jamie Dunning

If this exciting discovery has ruffled your feathers and you’re interested in learning more, keep your eyes peeled for an upcoming paper about puffin fluorescence being published by Dunning in collaboration with colleagues at the University of New Brunswick. 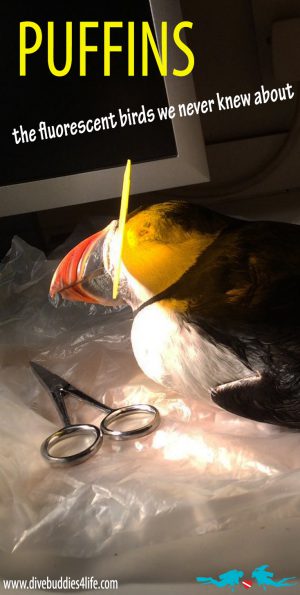