A Psychedelic Overview of Fluorescent Diving

Grooving to an Underwater Fluorescent Disco

Picture an underwater world that is pitch black with sparks of glow-in-the-dark magic lighting up under your torch beam, making you feel like you’ve stepped into an Avatar movie. 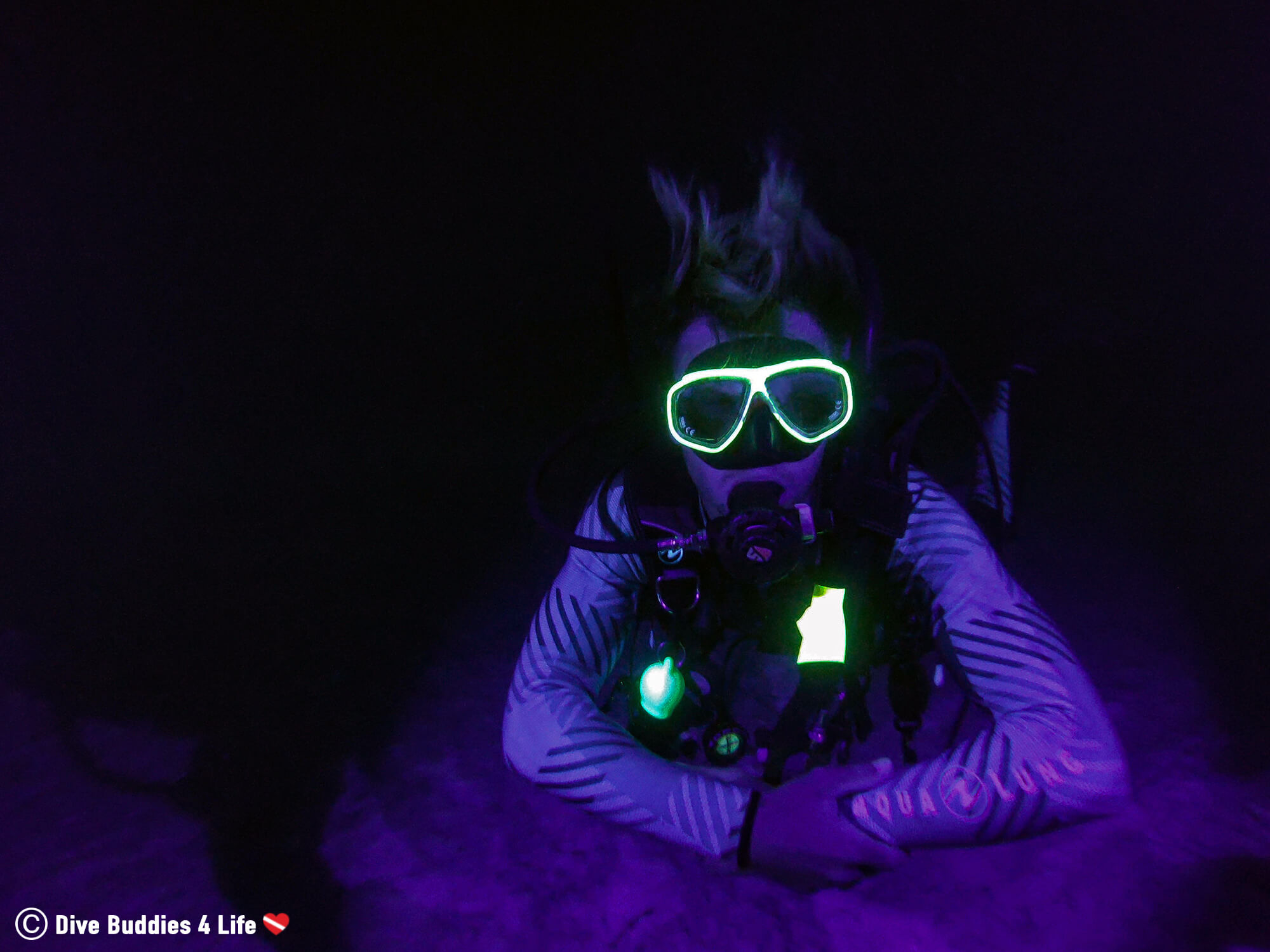 Fluorescence is the name for the absorption of high-energy light by a material (such as coral tissue) and its re-emission nanoseconds later at a longer wavelength. Simply put, some things will glow in unbelievable colors when illuminated with the right light. 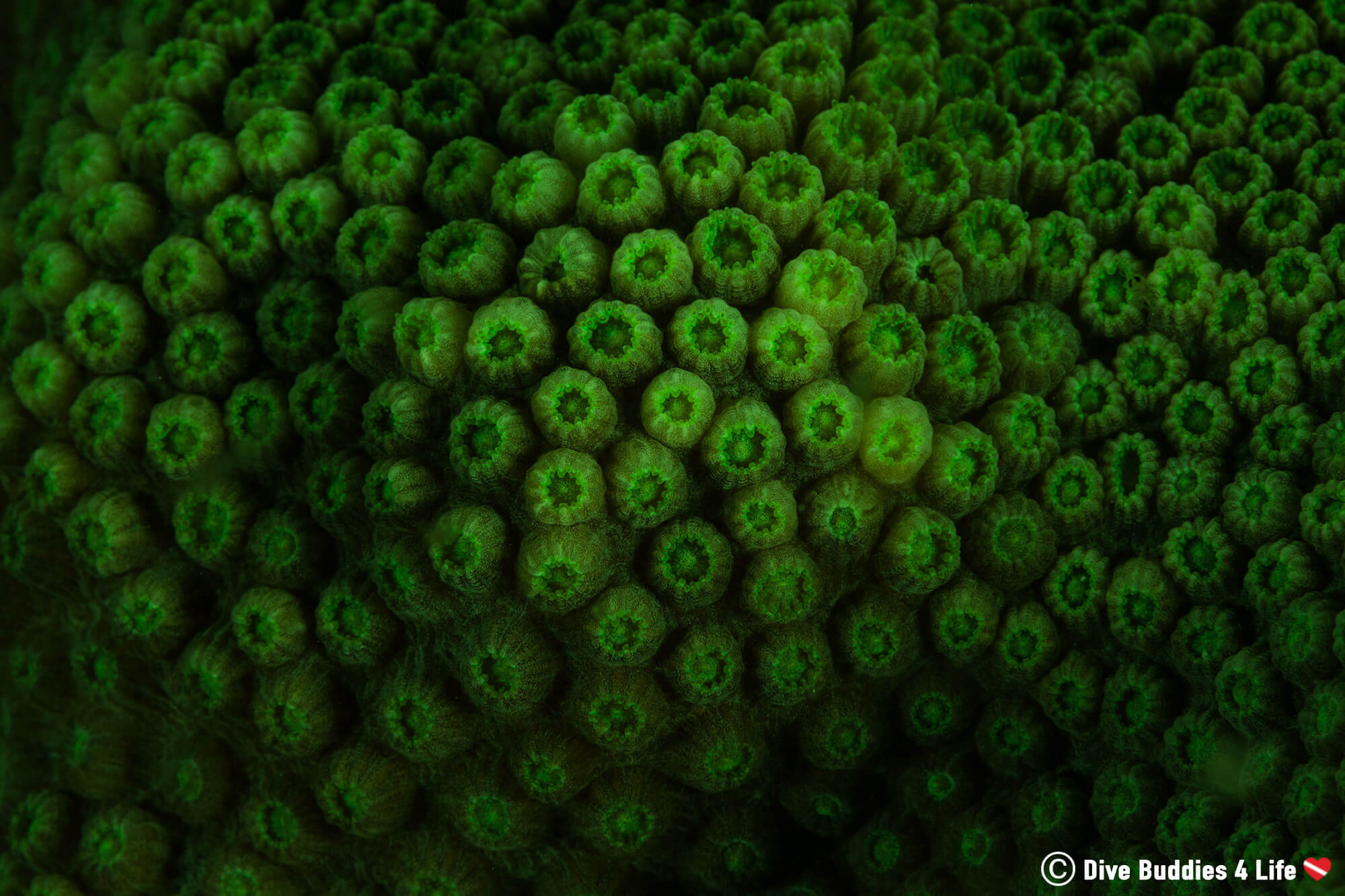 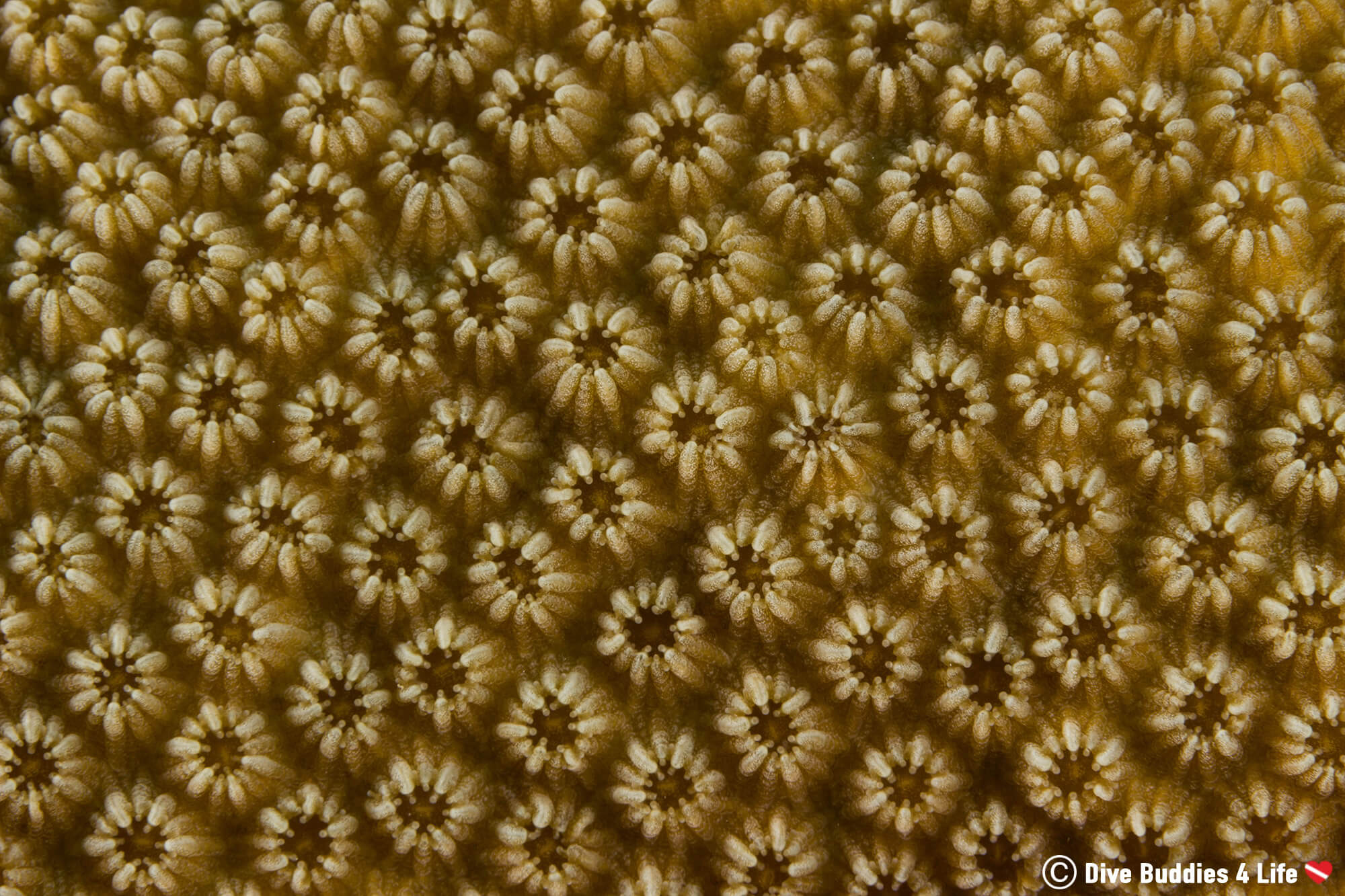 What is Fluorescent Diving?

Fluodiving, fluorescent night diving, UV diving, glow diving – goes by many names. But no matter what you call this vibrant type of diving, the optical magic of fluorescence adds a totally new dimension to your night diving repertoire.

Hopefully, at this point in you’re diving career, you’ve heard of night diving, and chances are you’ve tried it. Fluorescent diving is a colorful variation on night diving that many have heard of, and yet few have done. 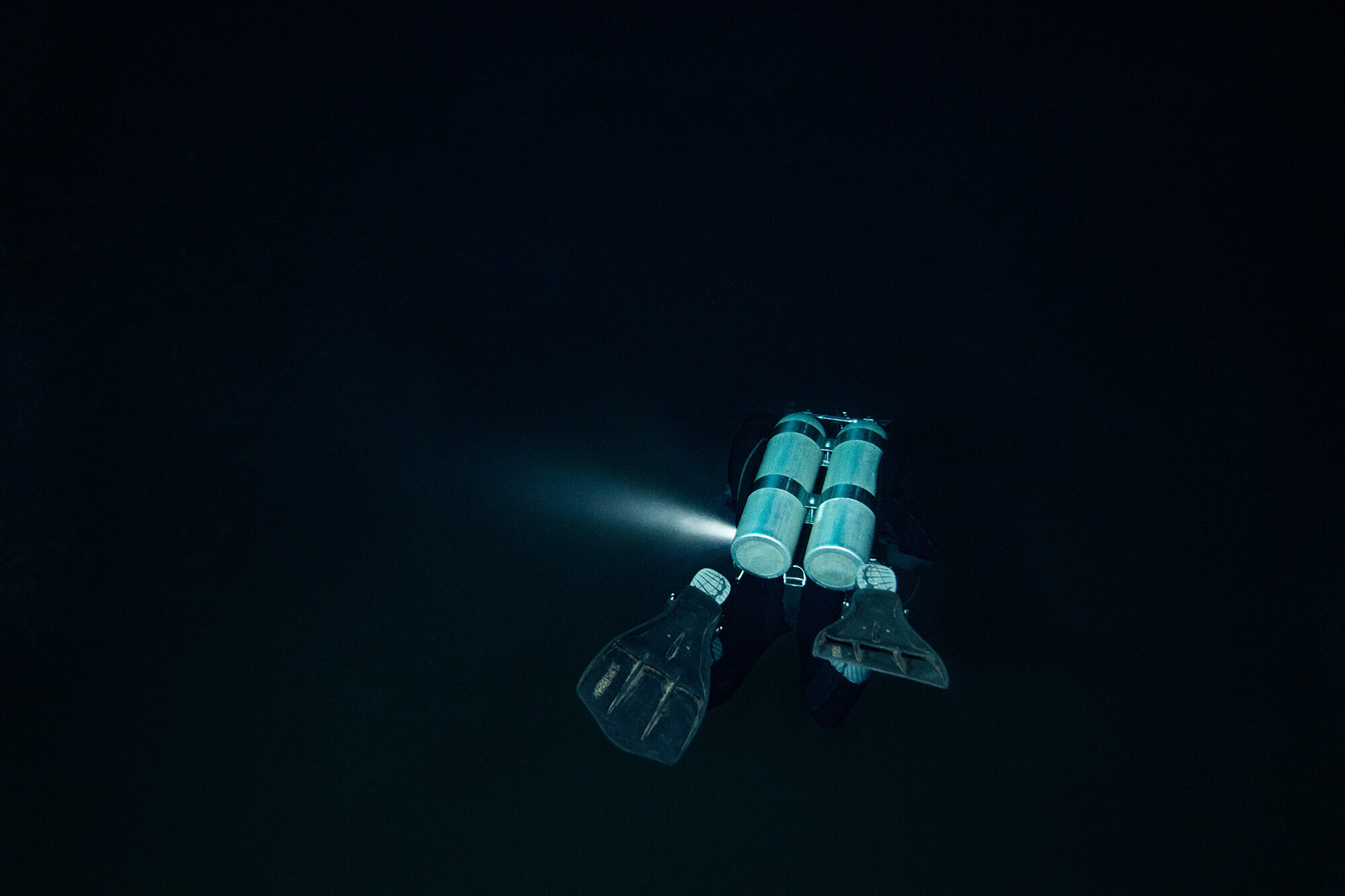 Read more about night diving and everything else that goes bump after dark:
Swimming around in a dark ocean isn’t the norm. But at night the whole allure of the underwater world changes. So the big question is: are you afraid of diving after dark?

In fluorescent diving, a diver will use a specialized blue or ultraviolet (UV) light underwater to illuminate the world around them. This light will reveal a world of psychedelic neon colors. All the critters and coral you’ve come to know on a night dive will be worth a second look as they glow in incredible hues of pink, orange, green, and blues. 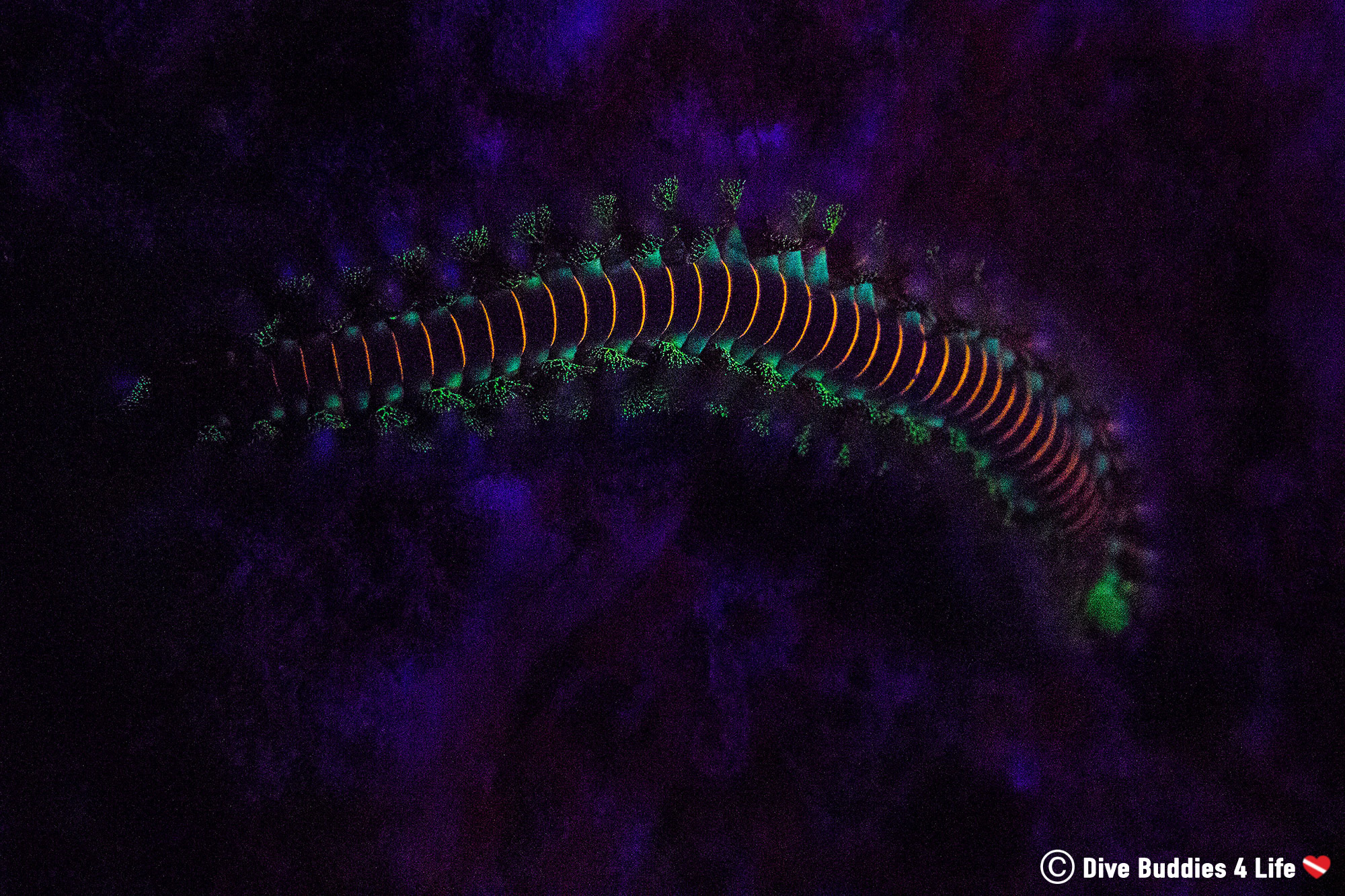 Why Do Some Things Fluoresce Underwater?

Fluorescence is around us all the time but is almost always invisible to the naked eye beneath the sunlight or the bean of a dive torch. And while fluorescence is always present, not every form of marine life has the ability to fluoresces.

In living organisms, when fluorescent proteins absorb light of a specific wavelength, they re-emit that light at a lower energy. This process is what causes the discharged light to display different colors. For reasons still unknown to science, some aquatic creatures produce these special proteins which react to light, and others will not.

Some of our favorite critters to try illuminating for fluorescence are: 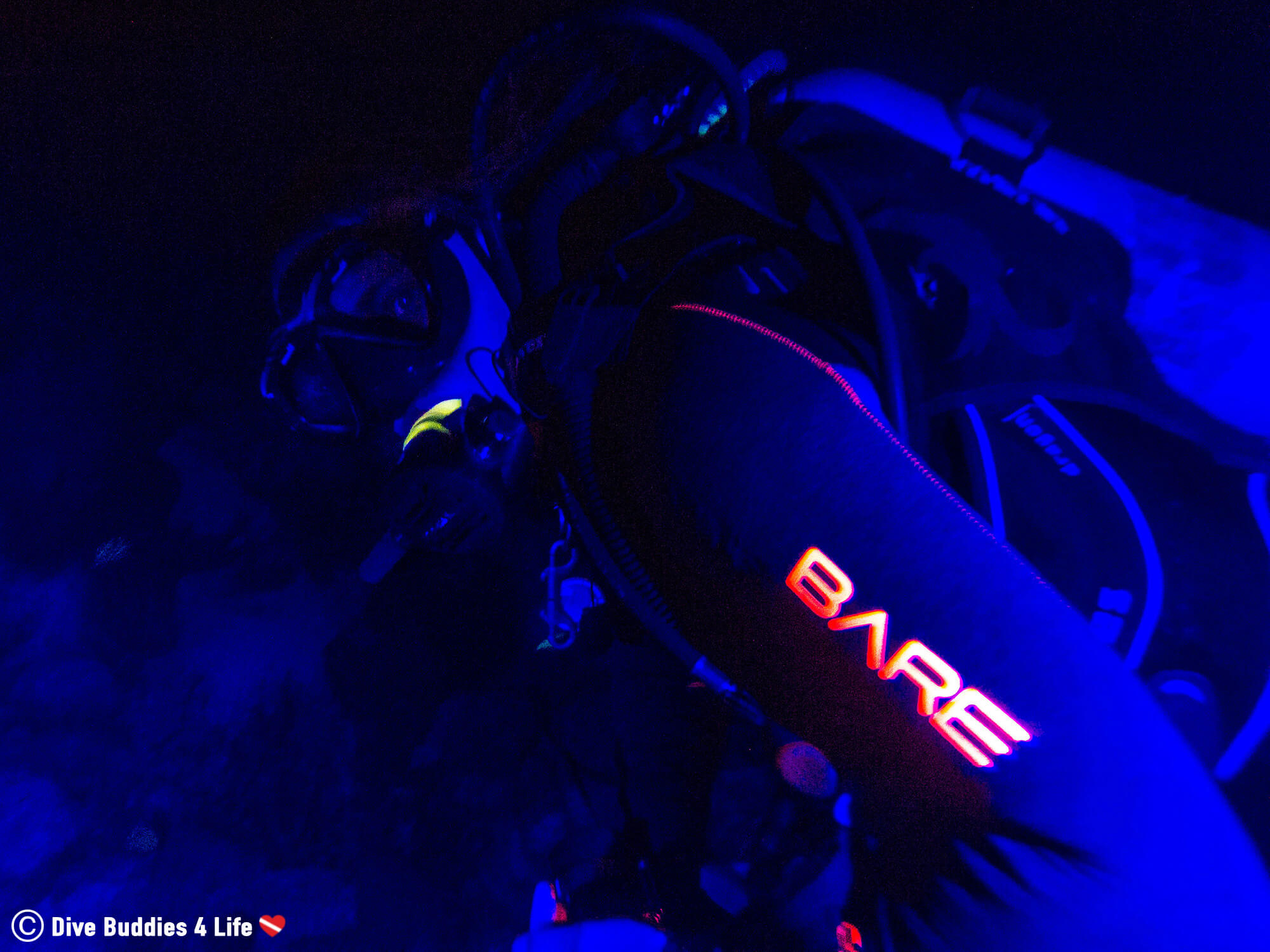 How to See Fluorescence when Night Diving?

With the right equipment certain corals and other critters on the reef light up in unexpected rave-worthy colors.

In the early days, divers used ultraviolet lights to display fluorescence underwater. However, in recent years, a scientist named Dr. Charles Mazel discovered that contrary to popular belief, UV lighting did not emit the best wavelength for viewing fluorescence; blue light, with wavelengths between 450-470 nanometers was better. So much better, in fact, that blue light was approximately four times as effective at stimulating fluorescence in corals when compared to UV light at the same energy. 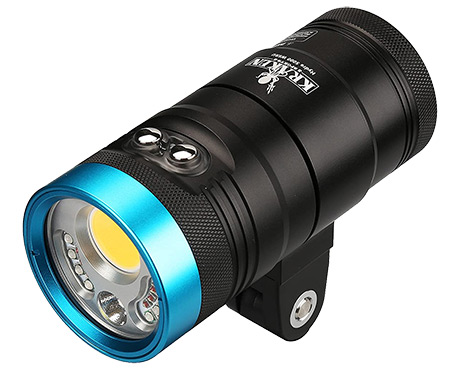 Kraken Sports Hydra Dive Light:The Hydra 5000 WSRU are the perfect addition to your fluorescent night diving kit. The light is an all in one photo and dive light with wide, spot, red, and fluo modes.

The only disadvantage with regards to blue lighting is that unlike ultraviolet, blue light is visible to the human eye. And when used to showcase fluorescence, it can easily outshine this weak effect. To counter the blue light and enable the long fluorescent light waves to be seen, divers must use a yellow filter. 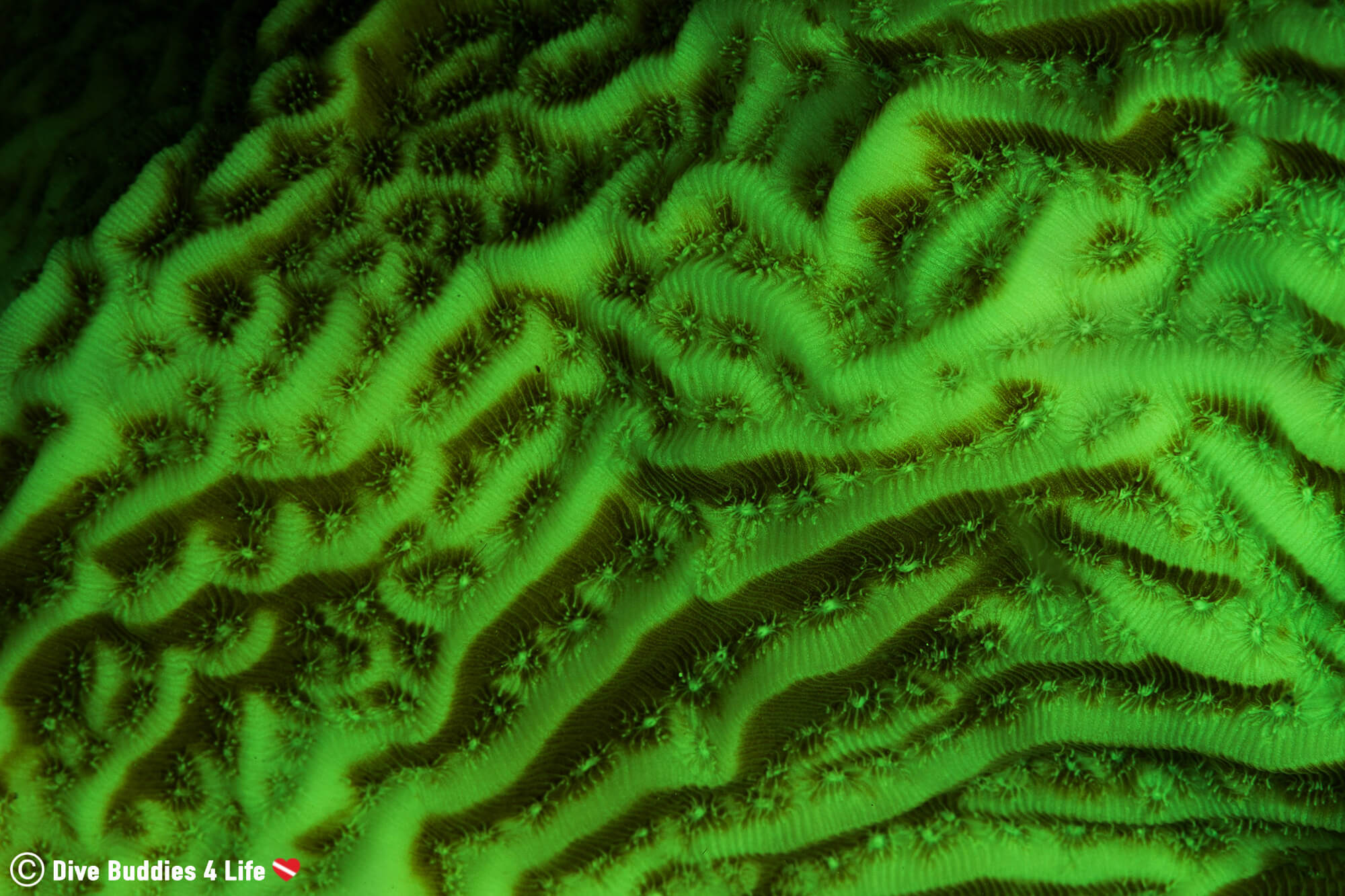 Where can you go Fluorescent Diving?

Be it cold water or warm water, the beauty of fluorescent diving is that it’s not restricted to a particular region or climate. There are organisms with wildly colorful capabilities all over the place. Some of the best known fluorescent diving locations are Bonaire, Grand Cayman, Indonesia, Maldives, Philippines, and the Red Sea.

But at the end of the day, as long as you have the necessary equipment (or have a dive shop where you can rent the right equipment) you can enjoy a fluorescent dive. 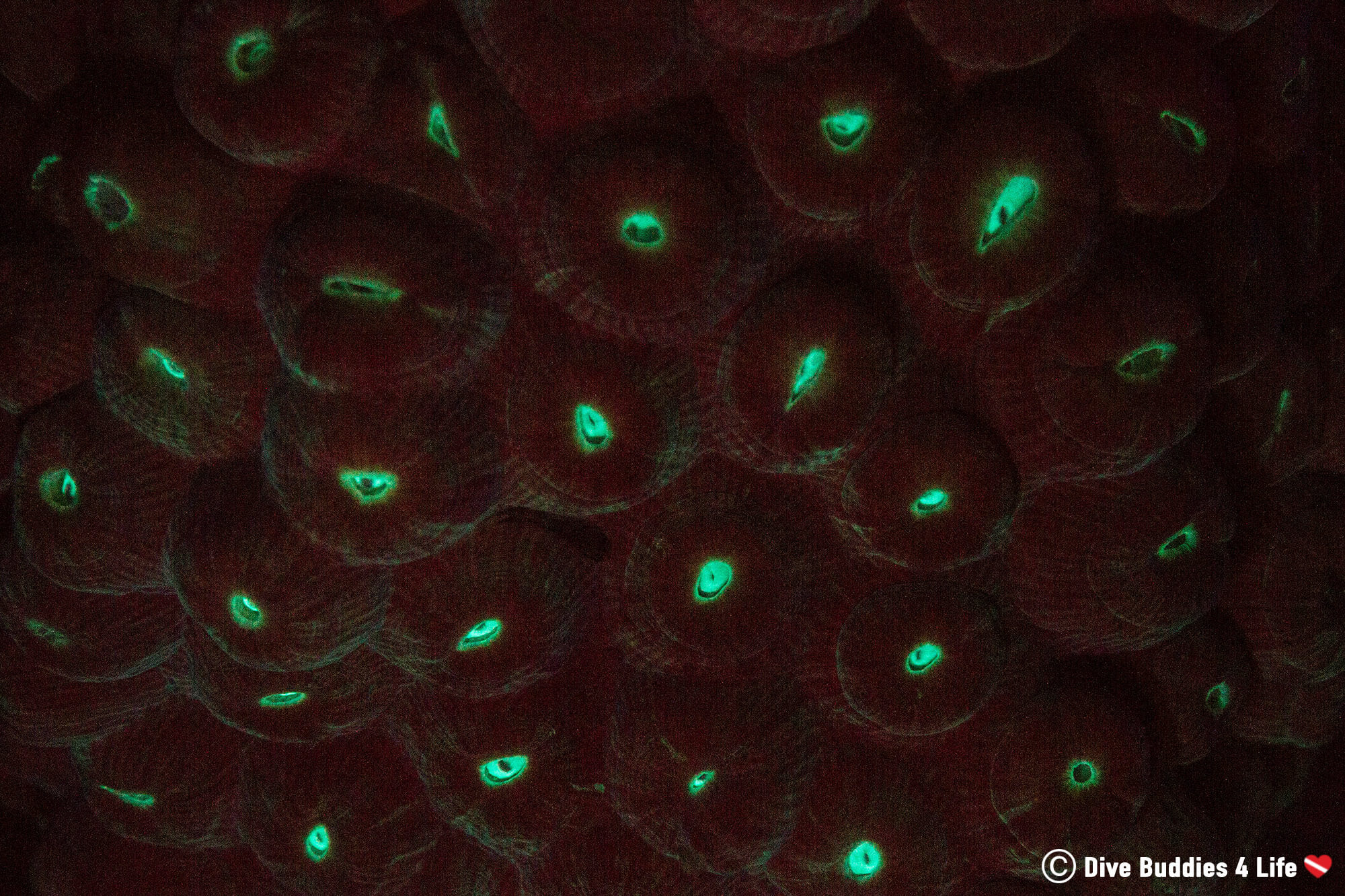 Fluorescent diving is some pretty wild stuff. Have you ever tried this type of colorful night diving? If so where have you done it? 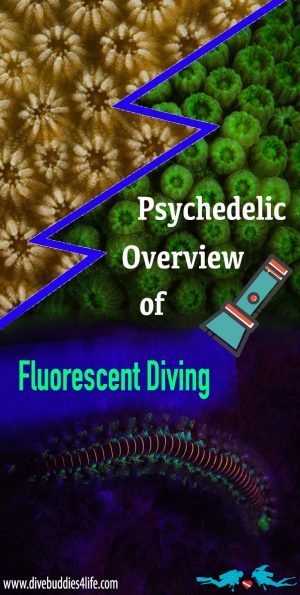