Canadian Splash: Diving into the Voyageur and Logging Days

Mattawa is the kind of small town in Northern Ontario that if you blink too long while passing through you might miss it altogether. But what it lacks in size, Mattawa makes up for in rich history and iconic characters, like Étienne Brûlé or the legendary folk hero Big Joe Mufferaw.

Many, myself included, are quick to underrate this slice of Northeastern Ontario as a brief pit stop on our travels from the north of the province south. It was not until I found myself along the cusp of the historic Mattawa fur trade route, a scuba tank strapped to my back and camera in hand, that my eyes were truly opened to the historic offerings of this copper-toned river. 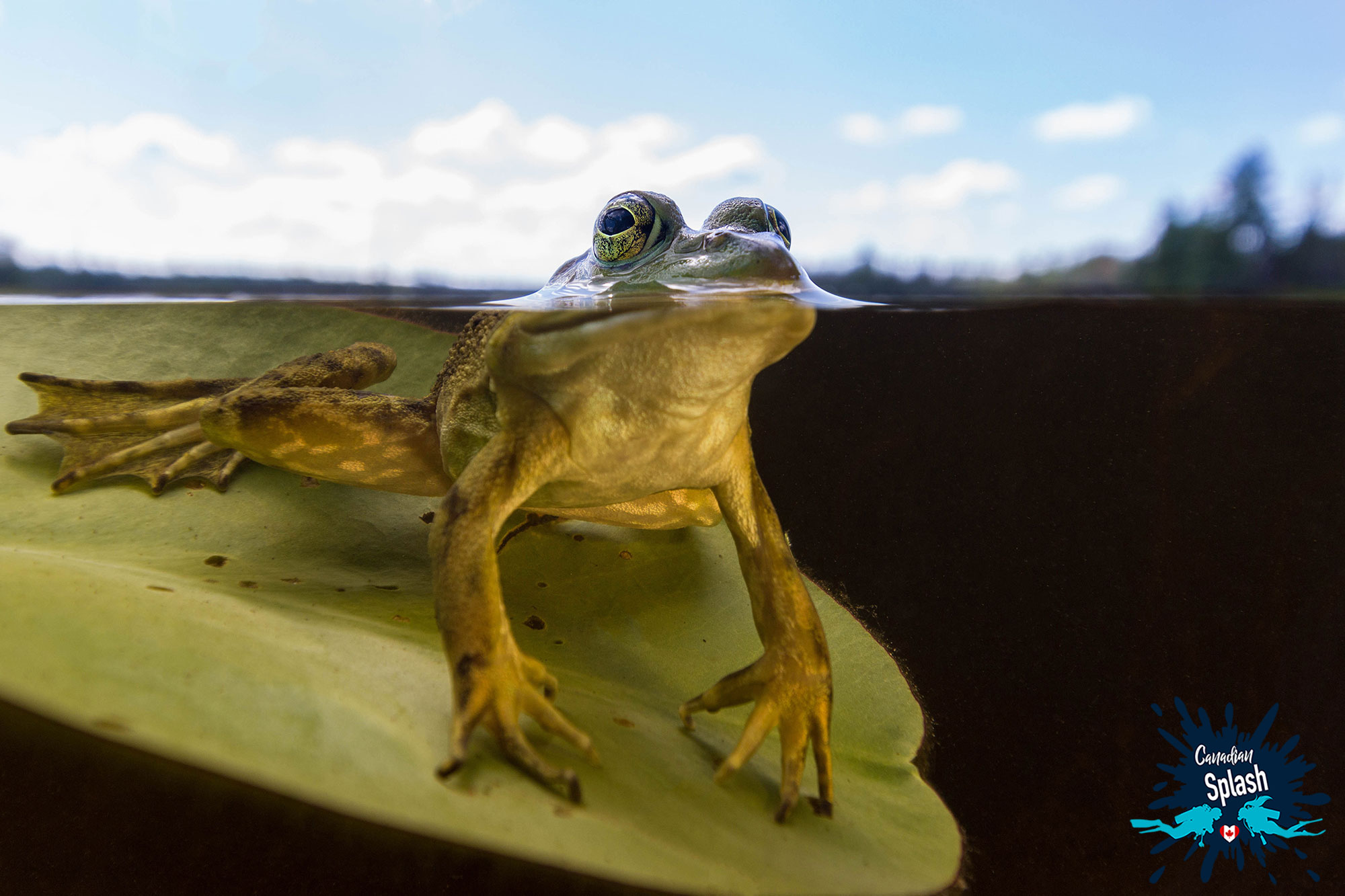 History of the Mattawa Town and Region

Home to roughly 2,000 residents the town of Mattawa is located on Algonquin Nation land, to the south of North Bay at the confluence of the Mattawa and Ottawa Rivers. It is the oldest settlement in the Nipissing District and a regular stop during the fur trade years, a paradigmatic part of Canadian culture and identity.

From the 1600’s and lasting more than 250 years, the absence of road or rail in Northern Ontario meant that everything had to be transported by water in one of the most formidable ways – the canoe. Being the traditional Native route linking the St. Lawrence with the Upper Great Lakes, the Mattawa River was not only a major highway for Indigenous populations and the Voyageurs but also held significant importance in early European exploration. This rugged expanse of water became a major westbound highway of traders and was considered by explorers like Alexander Mackenzie as the most difficult section of the entire trans-continental fur-trade route

Further to its Voyageurs Days, in the 19th century, Mattawa became a hub for the logging industry thanks to its vast expanse of forest. Large stands of white pine were harvested from the area and floated down the Mattawa River to sawmills.

Mattawa as a Diving Location

As you can probably tell by looking at the tea-colored water, Mattawa is a far cry from wonderful diving. Aesthetically the dark rivers and wetlands are not very appeasing. But given the region’s strong connection to its waterways – through the Indigenous people, Voyageurs and logging industry – I was eager to dive into this location. 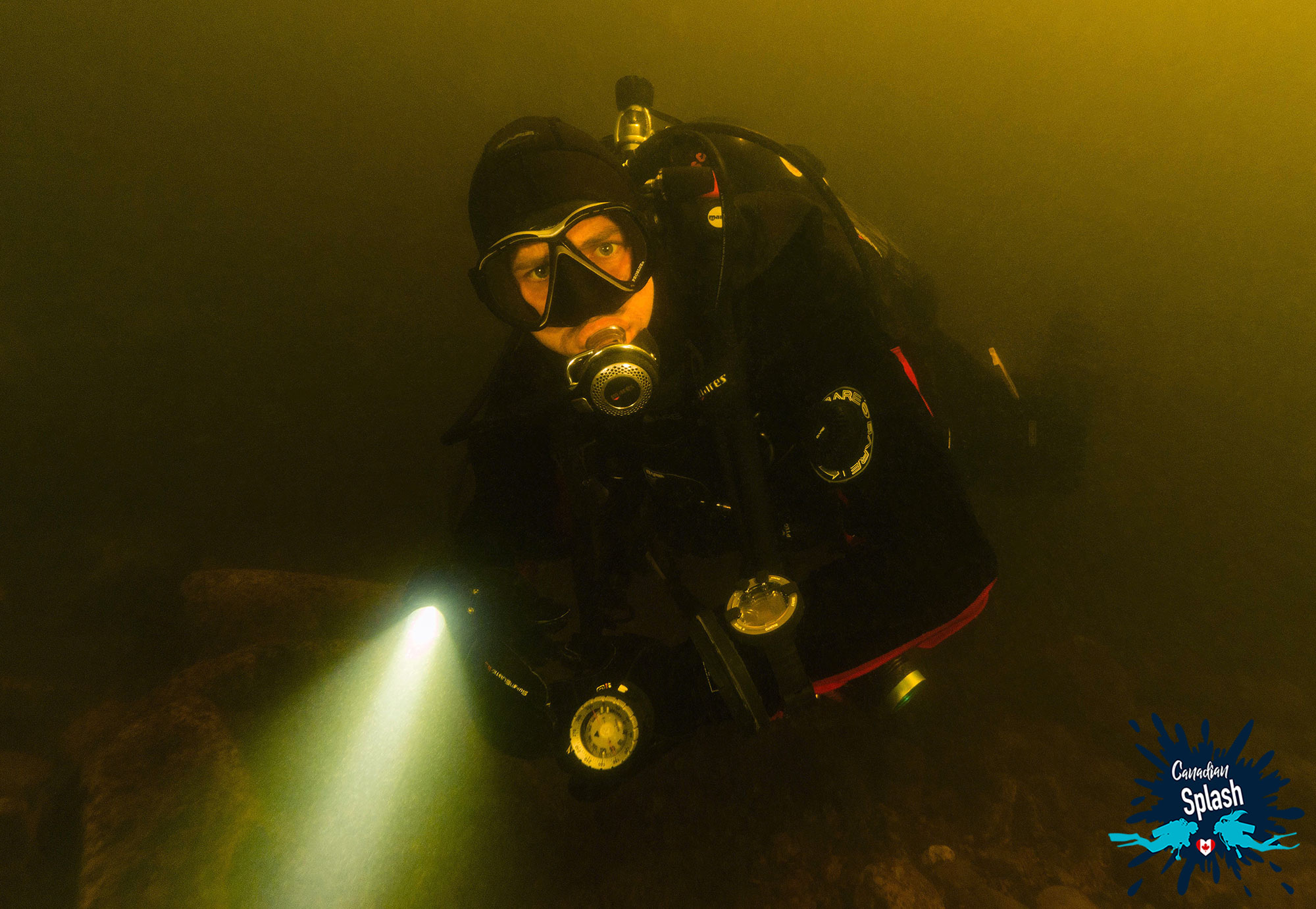 Talon Chutes is a dam, waterfall and historic site on the Mattawa River accessible by boat, from Pimisi Bay picnic stop on Highway 17, or on foot, through a hiking path off the Tran Canada Highway west of the (now closed) Columbia Forest veneer mill. Exhibiting rugged cliffs plunging down into 9 meters (30 feet) of water, this site is popular for swimming, picnicking and cliff jumping in the summer months. Scuba diving the Talon Chutes oasis afforded me my first glimpse at the intriguing underwater realm of the Mattawa.

Interesting Information: If you take a hike along the Portage Route you may see some interesting potholes carved out of the rock. One is even large enough that you can stand in it! These potholes are the result of massive volumes of glacial melt-water which drained through what is now referred to as the North Bay Outlet 10,500 to 6,00 years ago.

After several trips across Lake Talon in my dad’s small silver boat, our team finally regrouped at the mouth of the famous Chutes. Donning our drysuits, our trio waded out into the dark river water turning on our lights before submersion. 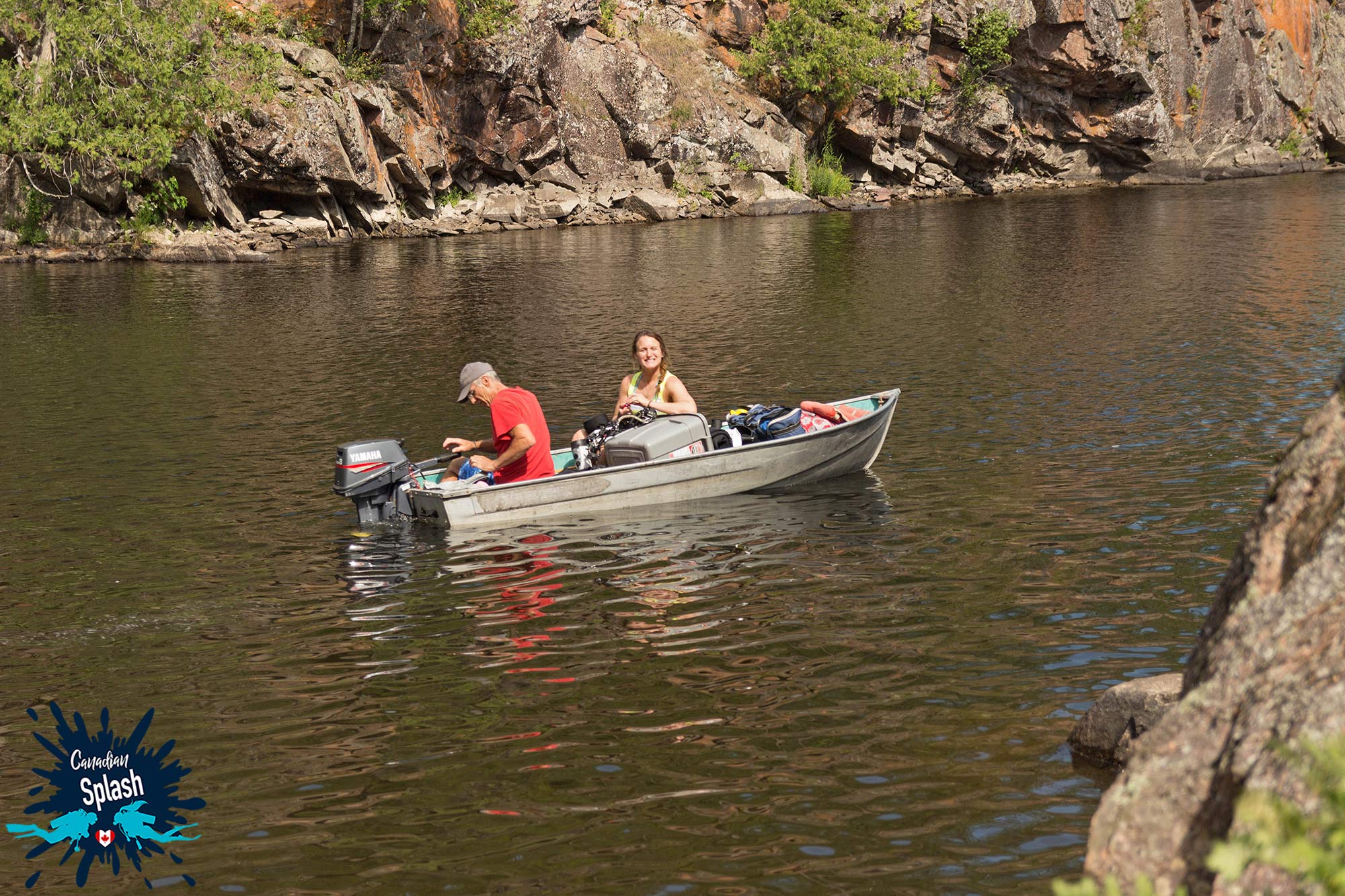 Swimming out from the shoreline the bottom gently sloped down to 9 meters (30 feet). For a scuba diver 9 meters (30 feet) may not seem deep, however right there, at that moment, the surface felt miles away. The sunlight had all but disappeared and the water was dark and rustic. I felt like I was diving in a murky swamp waiting for a monster to come lurking out from the gloom.

Picking my way around the muddy benthos, I kept my eyes on my two dive pal’s lights as it was easy to get separated with such limited visibility. The ground of this dive site was covered in wood chips with the occasional log or sunken timber elongating the bottom. Training my eyes to search out smaller creatures, I began to spy minnows, water mites and dragonfly larvae clinging to the organics.

Heading upstream we were joined by a fair number of bass who seemed to have a love/hate relationship with our dive light. I found that in spite of the dark water I could capture some fairly interesting pictures shooting up toward the sunny surface. 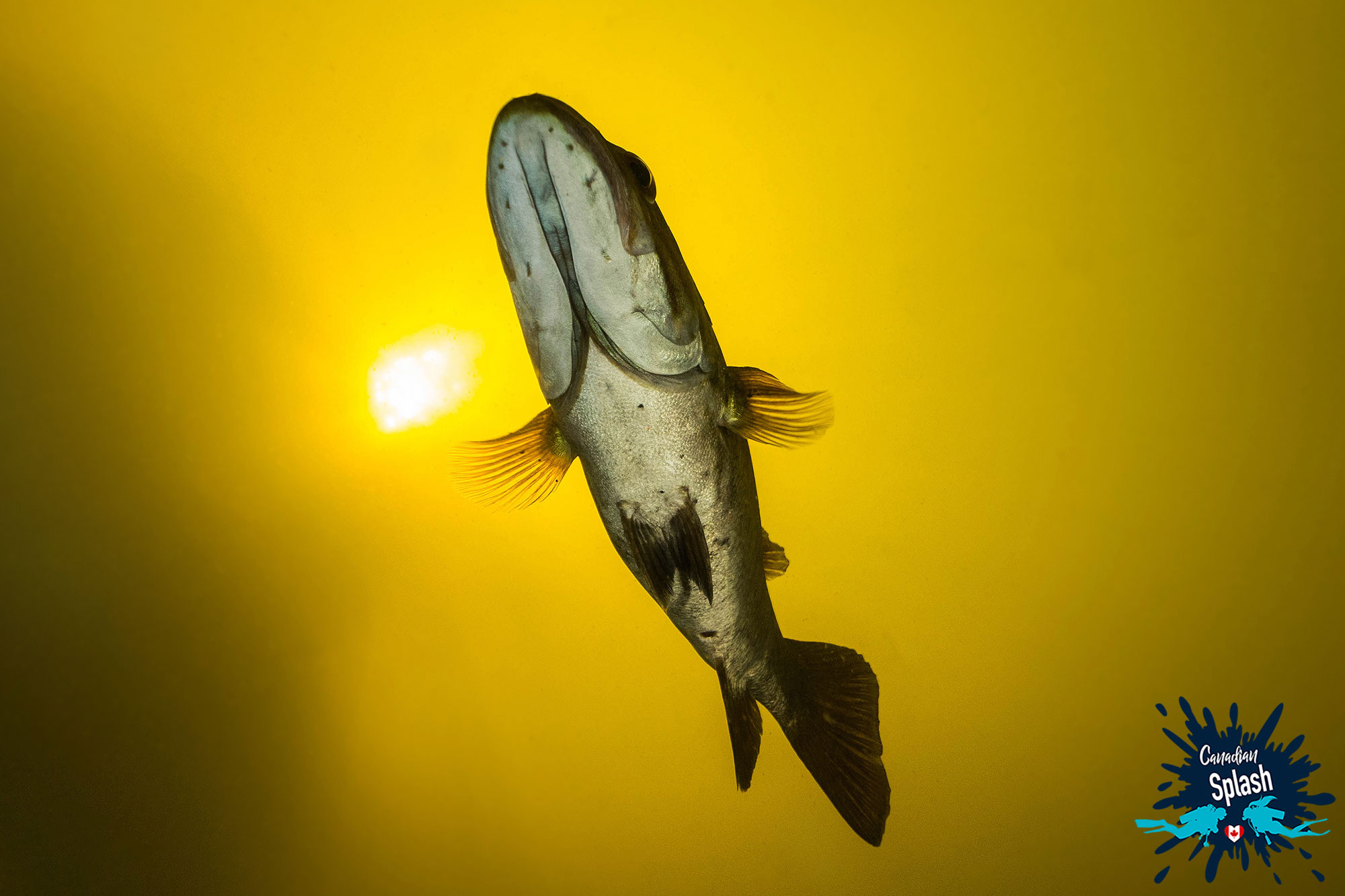 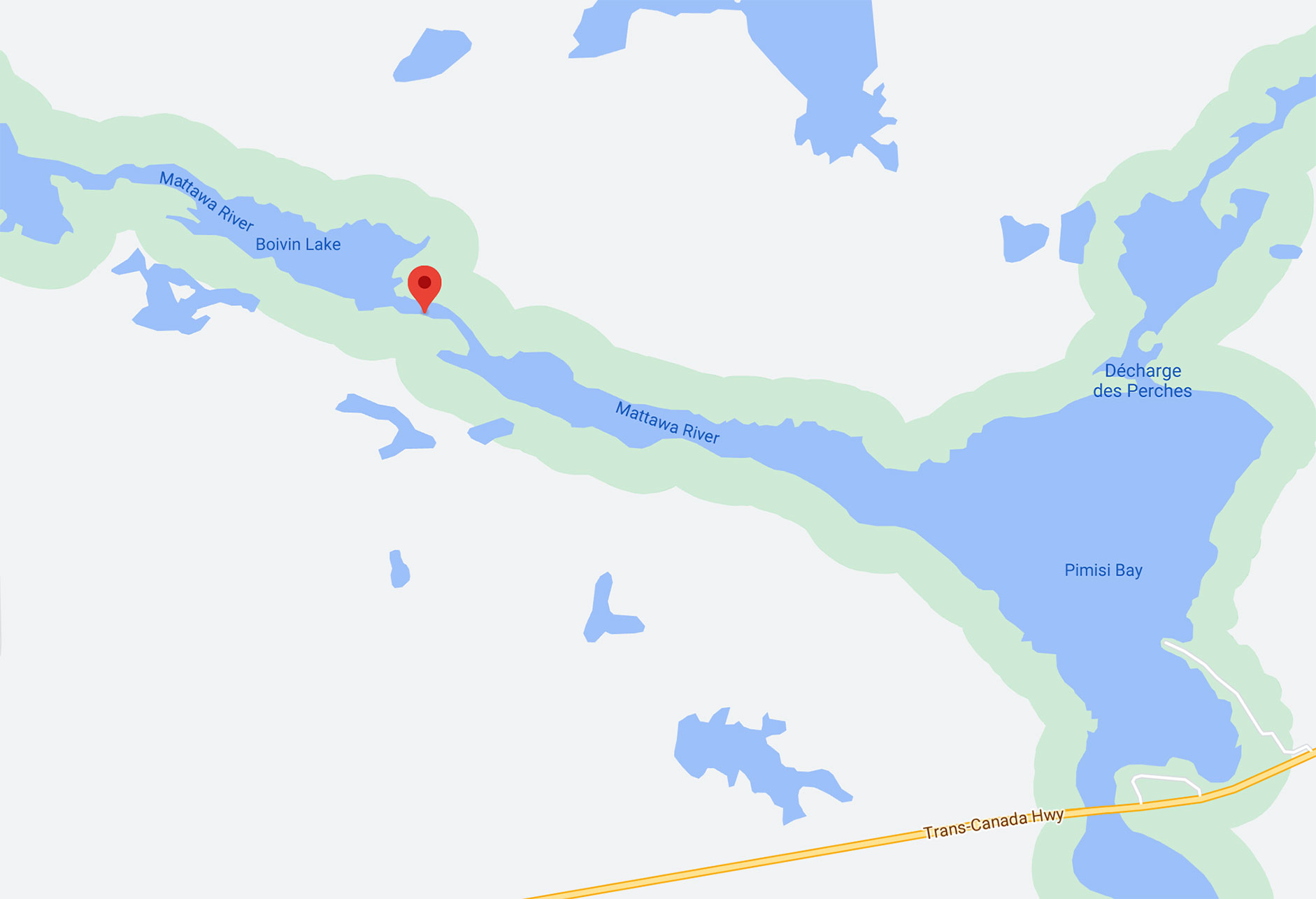 Where to Dive Talon Chutes

GPS Coordinates: 46.2824, -79.0033
Address: Nipissing District, ON
Remote site. Diving is done at the portage landing heading upstream to the base of the chutes. Don’t forget a dive buoy!

For our dive, we opted to dive at the park’s boat launch where we were able to back the car down to the water’s edge and unload our gear. Heading into the water, we quickly found out that while the river is relatively shallow, wading out from the boat launch still brought enough depth that we trod lightly on the rocks. Following the gentle flow of the river, we observed the rocky bottom with long ribbons of tape grass and green porous sponges encrusting many of the stones. Overall the depth was 2 meters (6-8 feet). 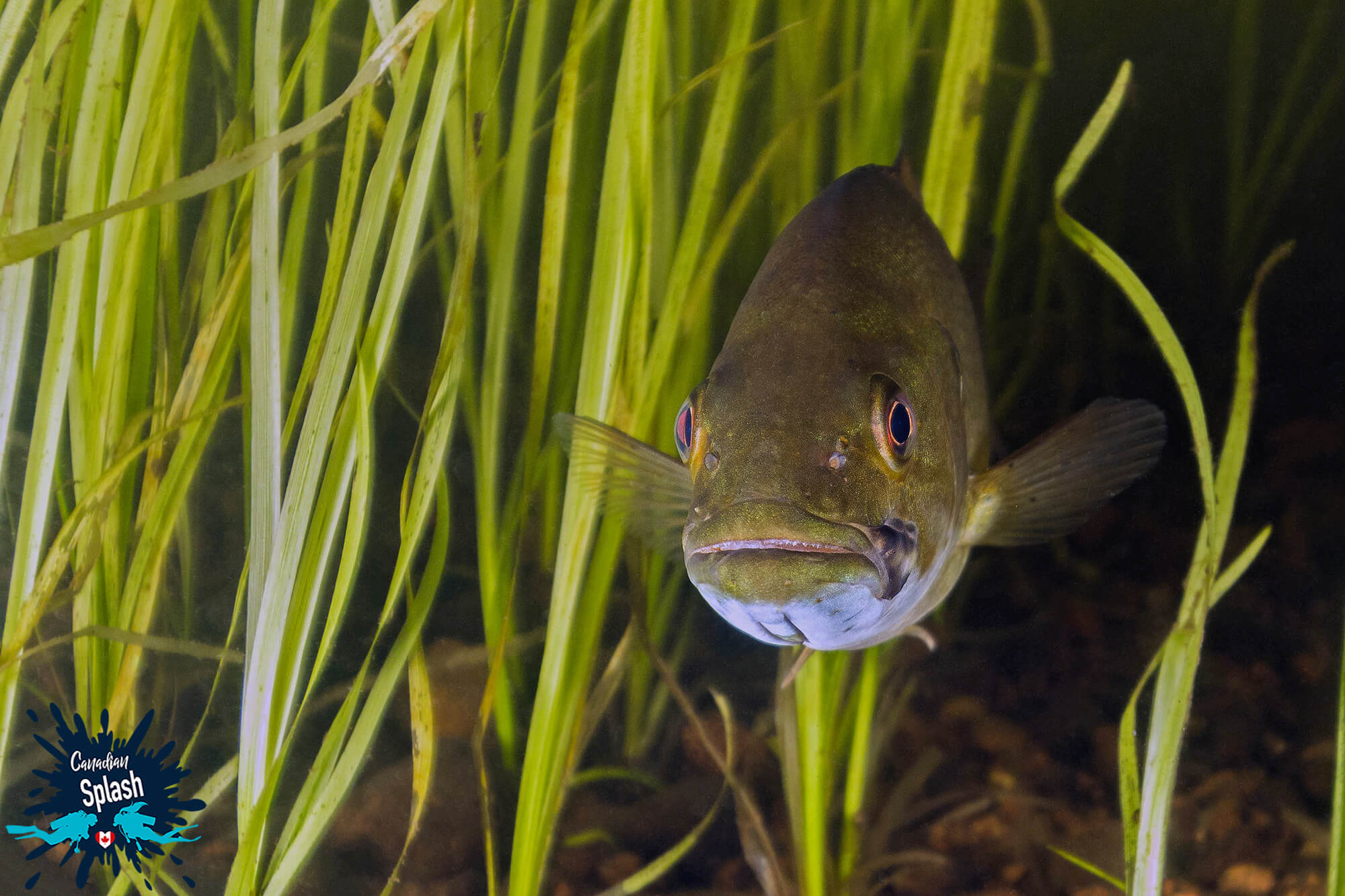 Letting the current whisk us along felt like a lazy river ride. The ease of diving allowed Joey, my dad and me to focus on the outer proximity of the river where we found the bulk of the aquatic life. We were even lucky enough to find a discarded logging artifact which we believe to be the end of a peavey hook, a traditional logging tool used for handling and turning logs as they moved down the river.

Trees and fallen debris lay waterlogged on the bottom, creating interesting habitats for fish and invertebrates. It was even more interesting as a photo op. Perch and pumpkinseed lurked in the shade of the banks, but the show stealers were the sizable largemouth bass that followed and chased our bubbles. 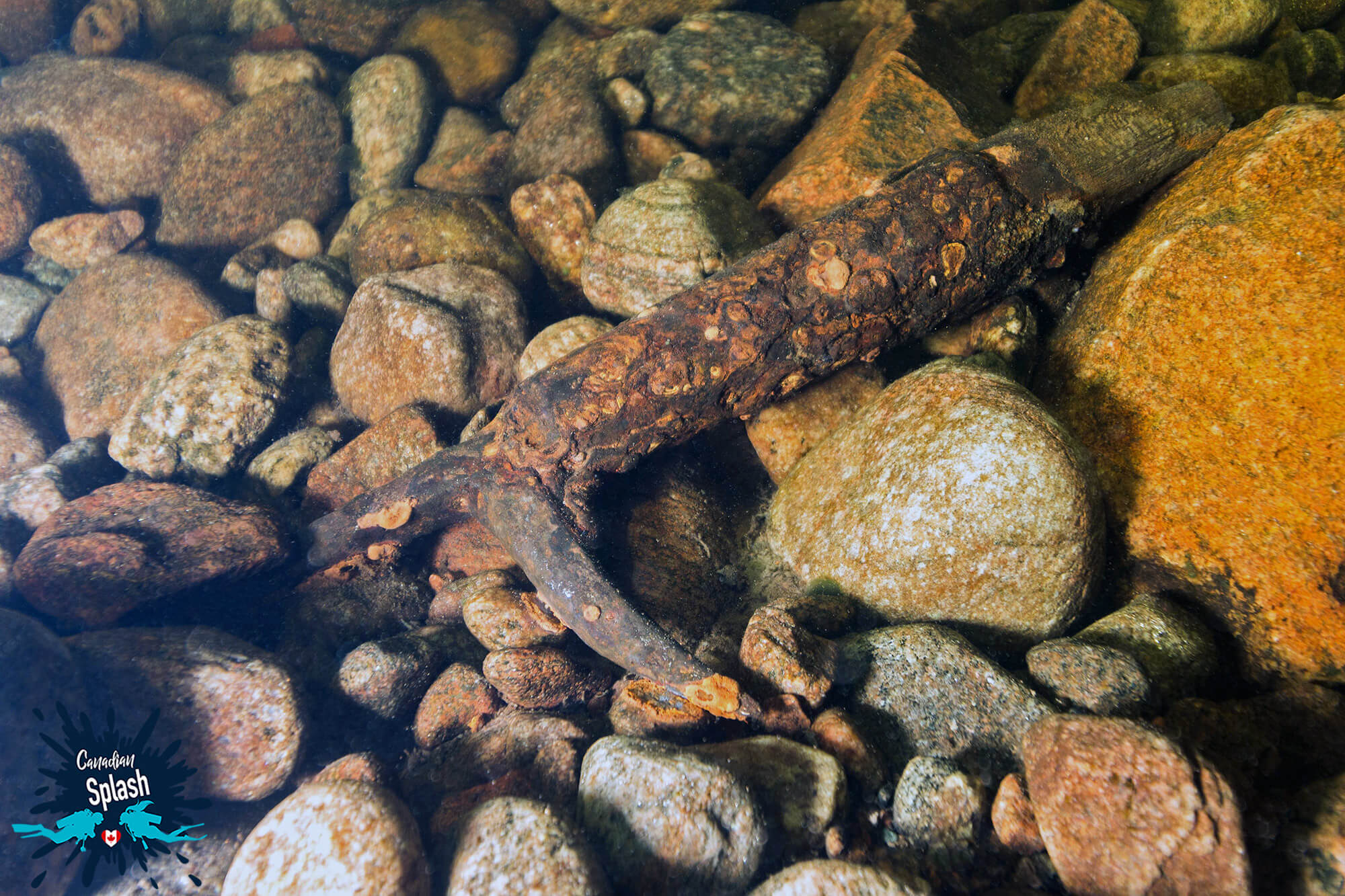 Further down-river the water got slightly deeper, dropping down to 4.5 meters (15 feet). The benthos also became studded with boulders which we took the liberty of navigating in and out of. Gazing out into the brown and rusty shades of the main river I could see that the bottom dropped off even more, however, we refrained from going further as we already had a long swim back to our starting point – most of which would be done against the current. 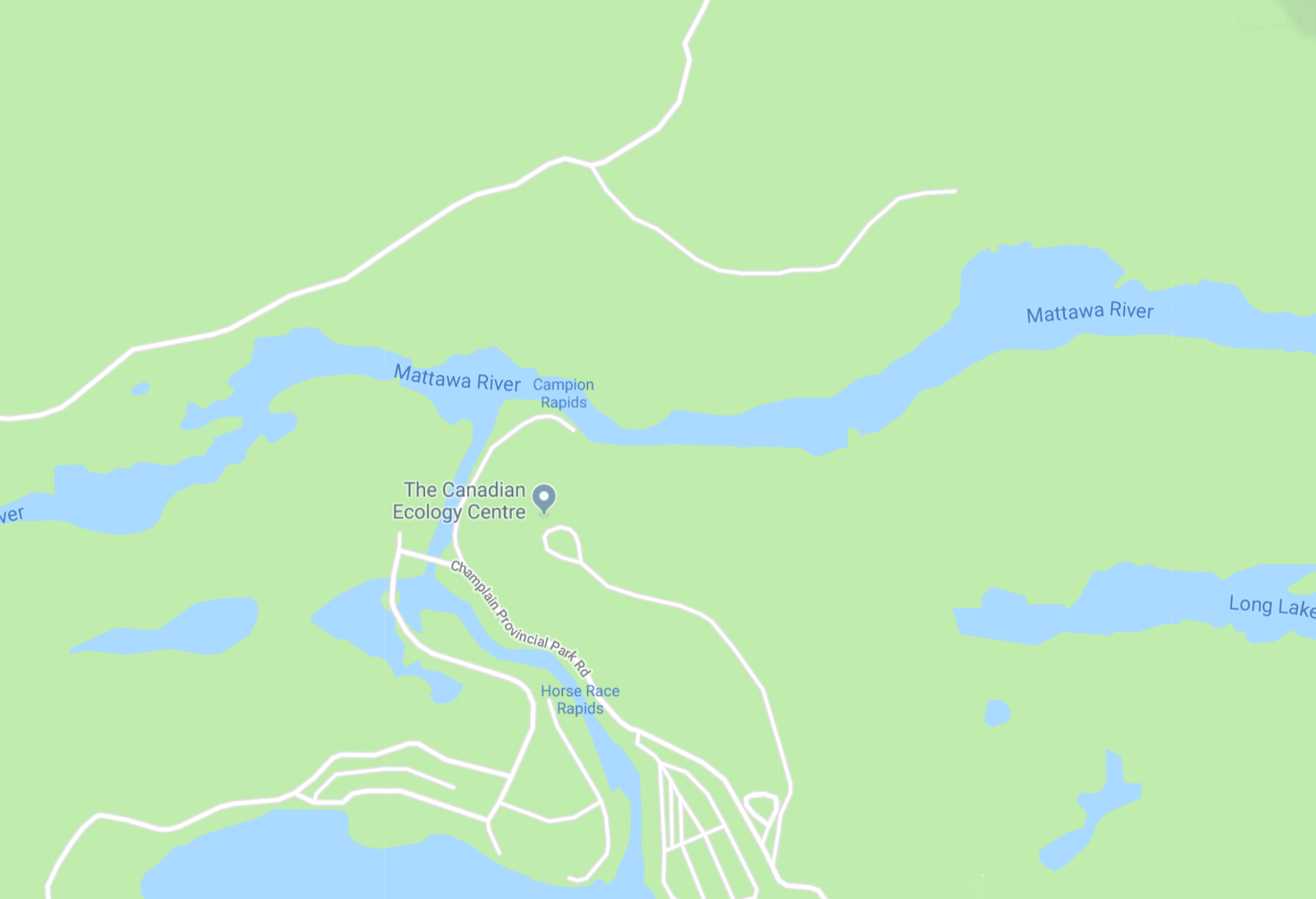 Where to Dive in Samuel de Champlain Provincial Park

A Recap on Diving Snippets of the Mattawa Fur Trade Route

The waterways around Mattawa hold significant cultural importance to our province and nation. It seems that everyone who made Canada what it is today once traveled this unassuming river. Although scuba diving isn’t this region’s main appeal, even today the Mattawa is a popular spot for other water-related activities such as fishing and canoeing.

Have you ever heard of the Voyageurs and their famous canoe and fur-trading routes across Canada? Would you dive into dark murky waters that hold such historic significance?

Writers Note: A portion of this scuba diving post was sponsored by Ontario Parks as a part of our Canadian Splash photography and dive initiative. Want to explore more diving in Ontario? Take a look at H2O Ontario to discover more interesting Ontario-based dive adventures. 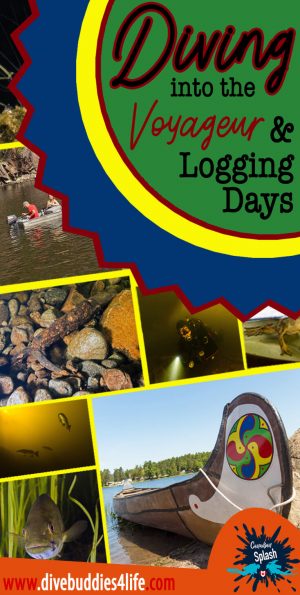