What to Expect and Where to Shore Dive in Saint John, New Brunswick

Sometimes finding a good dive spot is easier said than done, and shore diving around New Brunswick is a living testament to how unexpected and unpredictable dive conditions can be in the Bay of Fundy. 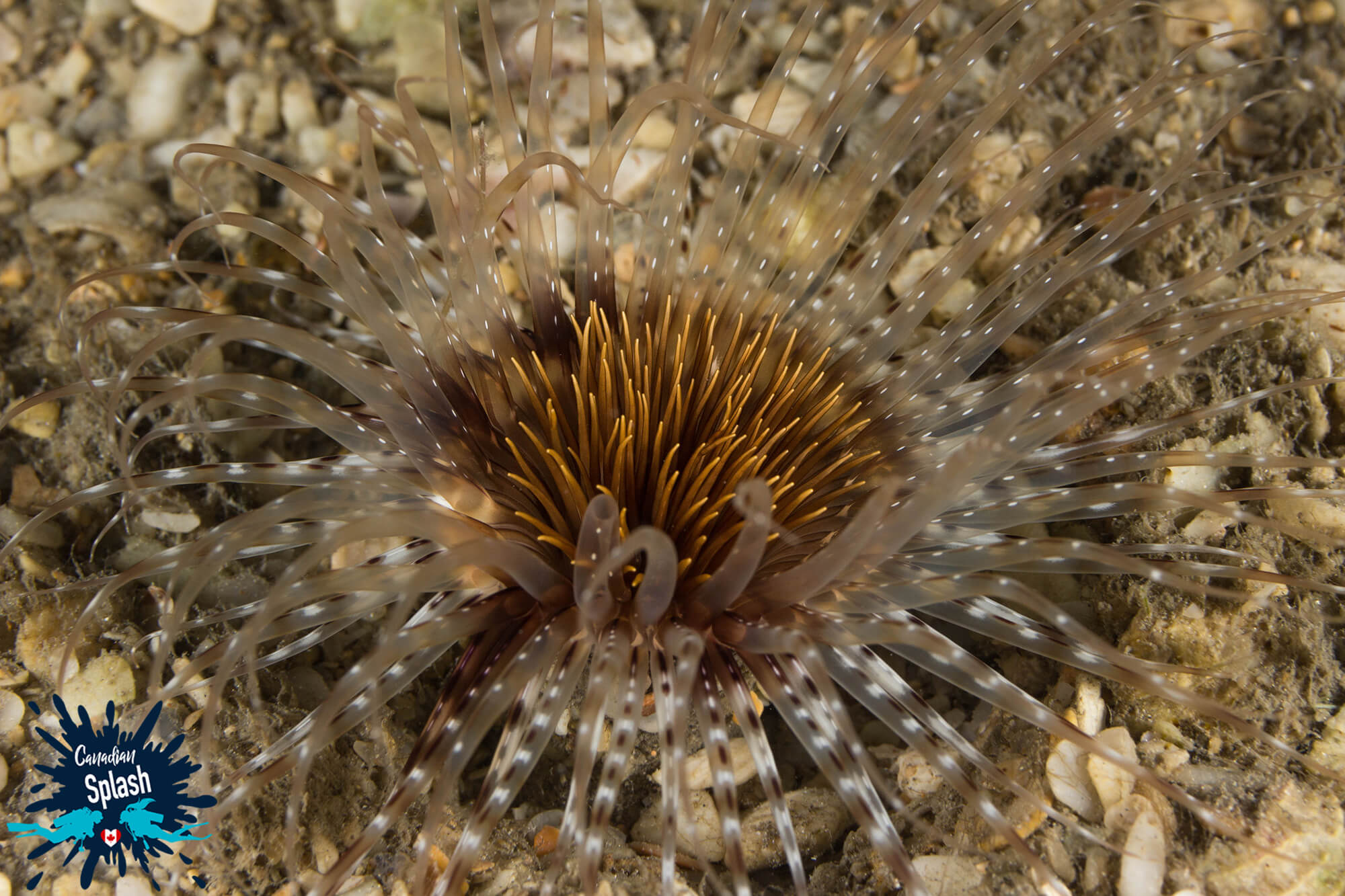 Saint John is a seaside city – and the only one at that – located on the north shore of the Bay of Fundy.

You hear so much about the world renown Bay of Fundy and its extreme tidal range of 16 meters (53 feet). Travelers come from all over the world to walk on the slippery mud flats or wander amid the carved out flower pots in Fundy National Park. But diving?!?

Just one look at the silty and frequently disturbed water will have any scuba diver running for the hills, after all, who wants to dive in low visibility and dangerously tidal waters. 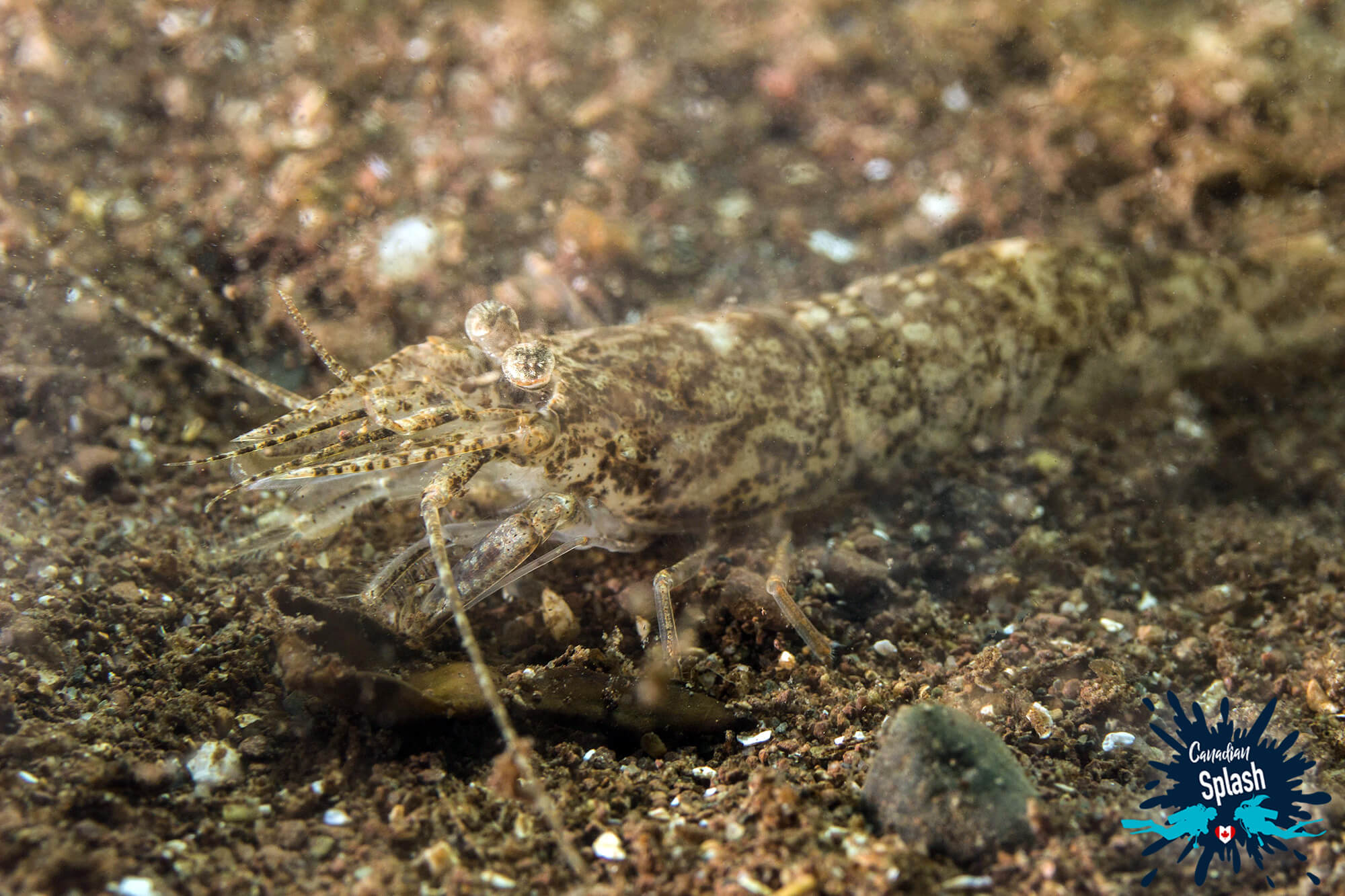 Suit Up and Shore Dive around Saint John

I do not like to sugar coat things so I am going to tell it like it is; I was excited to check out the New Brunswick’s underwater scene in a place other than Deer Island, but also very hesitant.

I do not like diving in conditions where I can’t see my hand in front of my face, and I know how unforgiving the Bay of Fundy can be. Dive sites around Saint John are no exception. Depending on the tide, weather, runoff, and wind, a dive site can go from having decent visibility one second to a couple of hours later being muck soup. 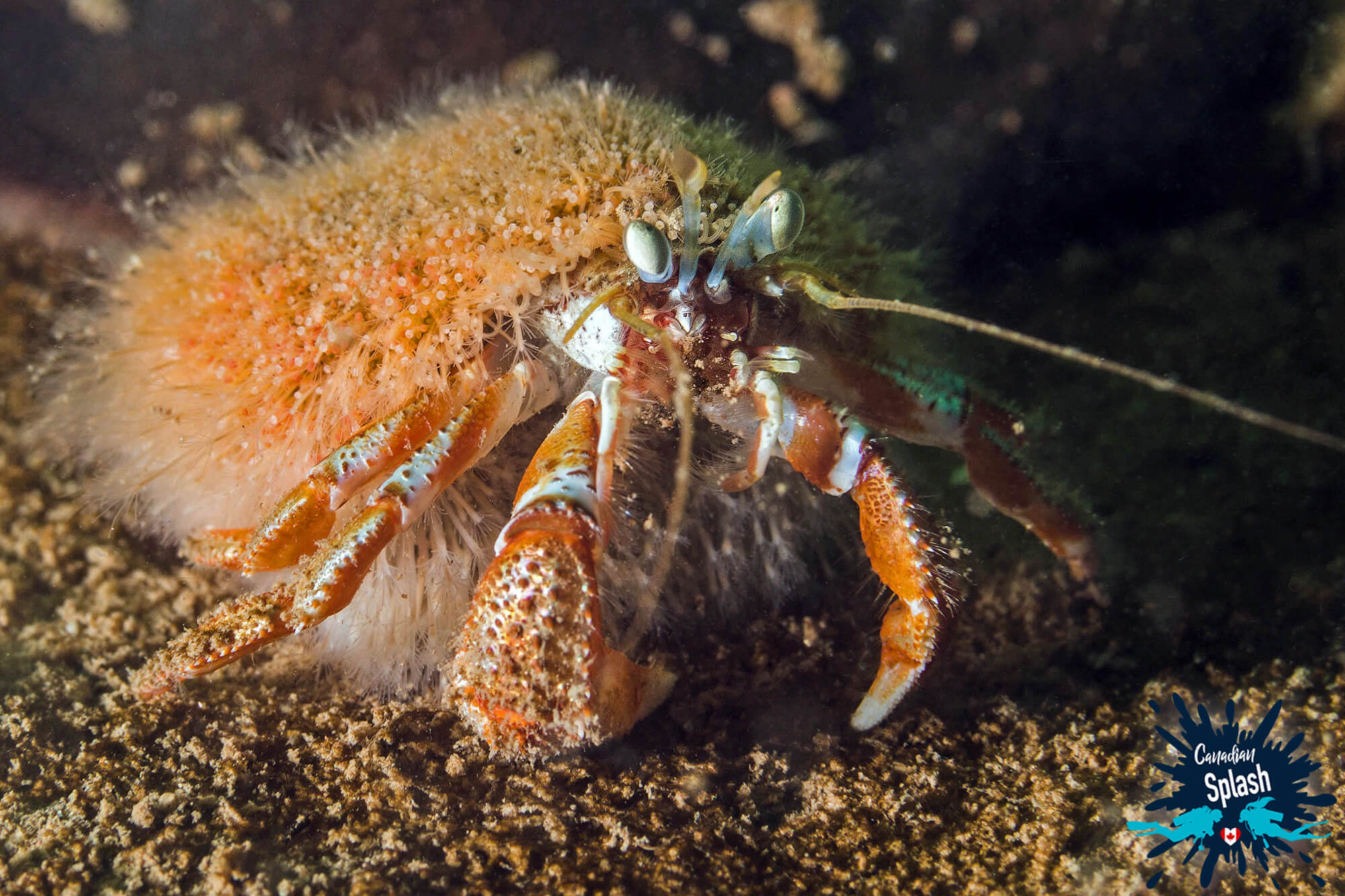 But when you do catch the Bay of Fundy on a good day, the dive sites in the vicinity of Saint John can be a fun way to fill your diving addiction.

Read More on Scuba Diving in the Bay of Fundy’s Whirlpool:
Submerging into the cold waters of Deer Island is one of the best ways to appreciate the vibrant array of color the Bay of Fundy hides beneath her surface.

New River Beach’s Tommy’s Cove is a popular site for quick and easy dives as it is close to Saint John.

It’s lack of current, gentle tides and ease of entry make New River a great spot for beginner divers and training. With plenty of life to be seen in the shallows, the deepest part of the site is no more than nine meters (30 feet) at high tide. 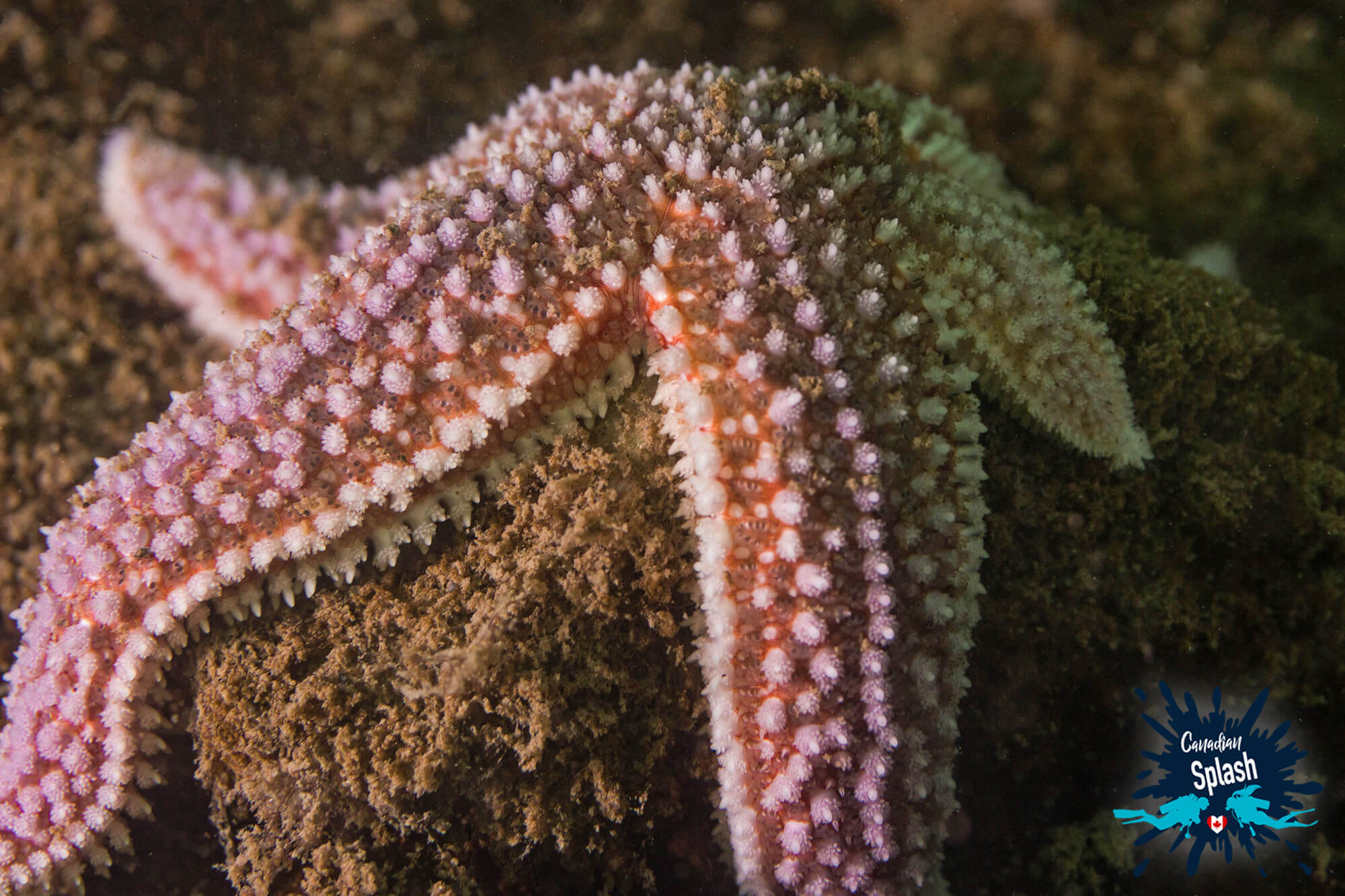 If you’re feeling adventurous while visiting New River Beach, in 2014 the Artificial Reef Society of New Brunswick placed initial concrete reef blocks for “Reid’s Reef.” You can try and locate this underwater reef, but be warned – this location is particularly susceptible to poor visibility following high wind or heavy rain. 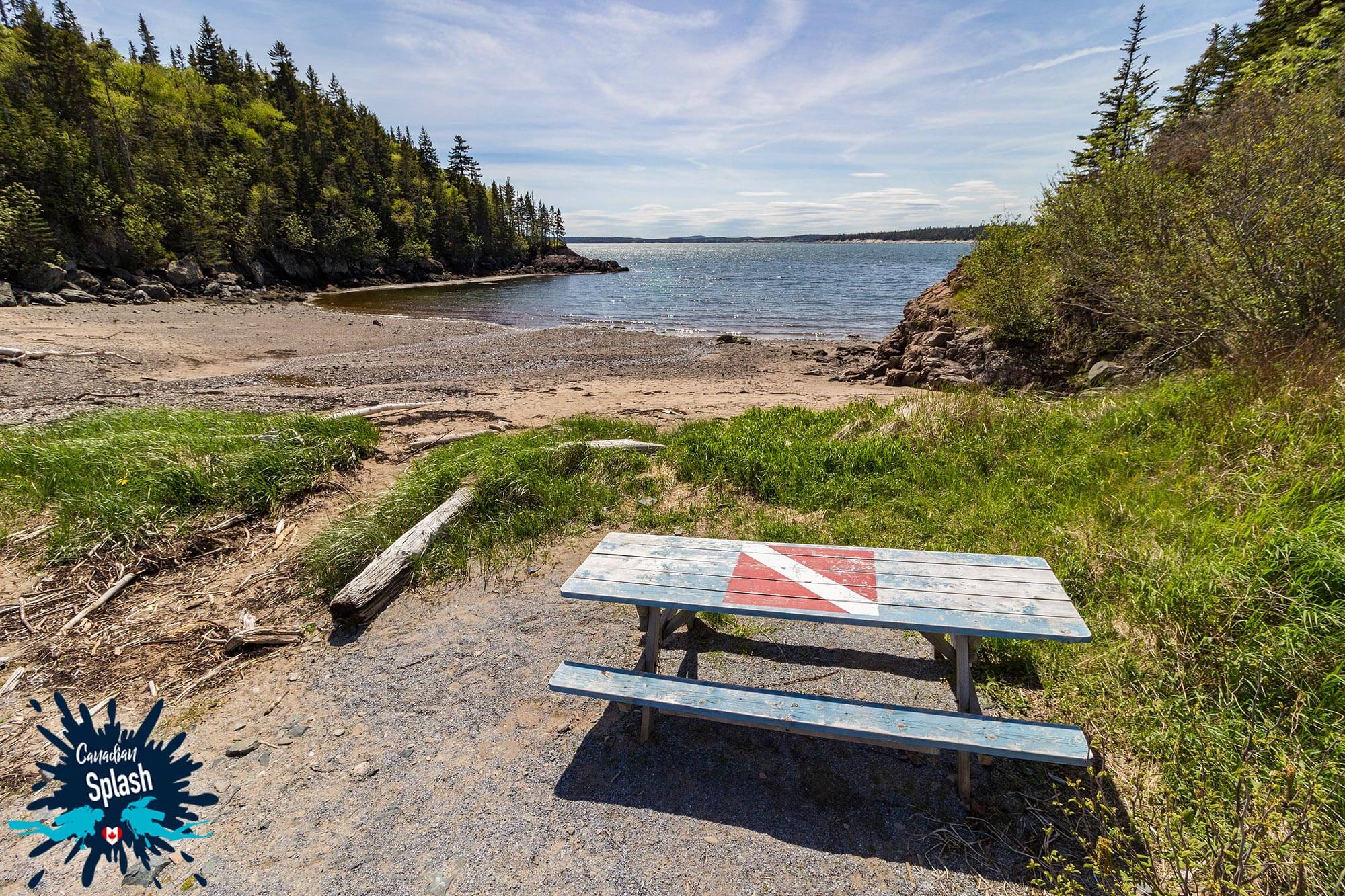 In conjunction with scuba diving, what’s great about Tommy’s Cove dive site, is that it’s located in a Provincial Park.

New River Beach Provincial Park is the perfect spot for camping, hiking, kayaking and enjoying the breathtaking coastal vistas the Bay of Fundy has to offer. Overnight campsite prices range from $28 to $43 CAD. 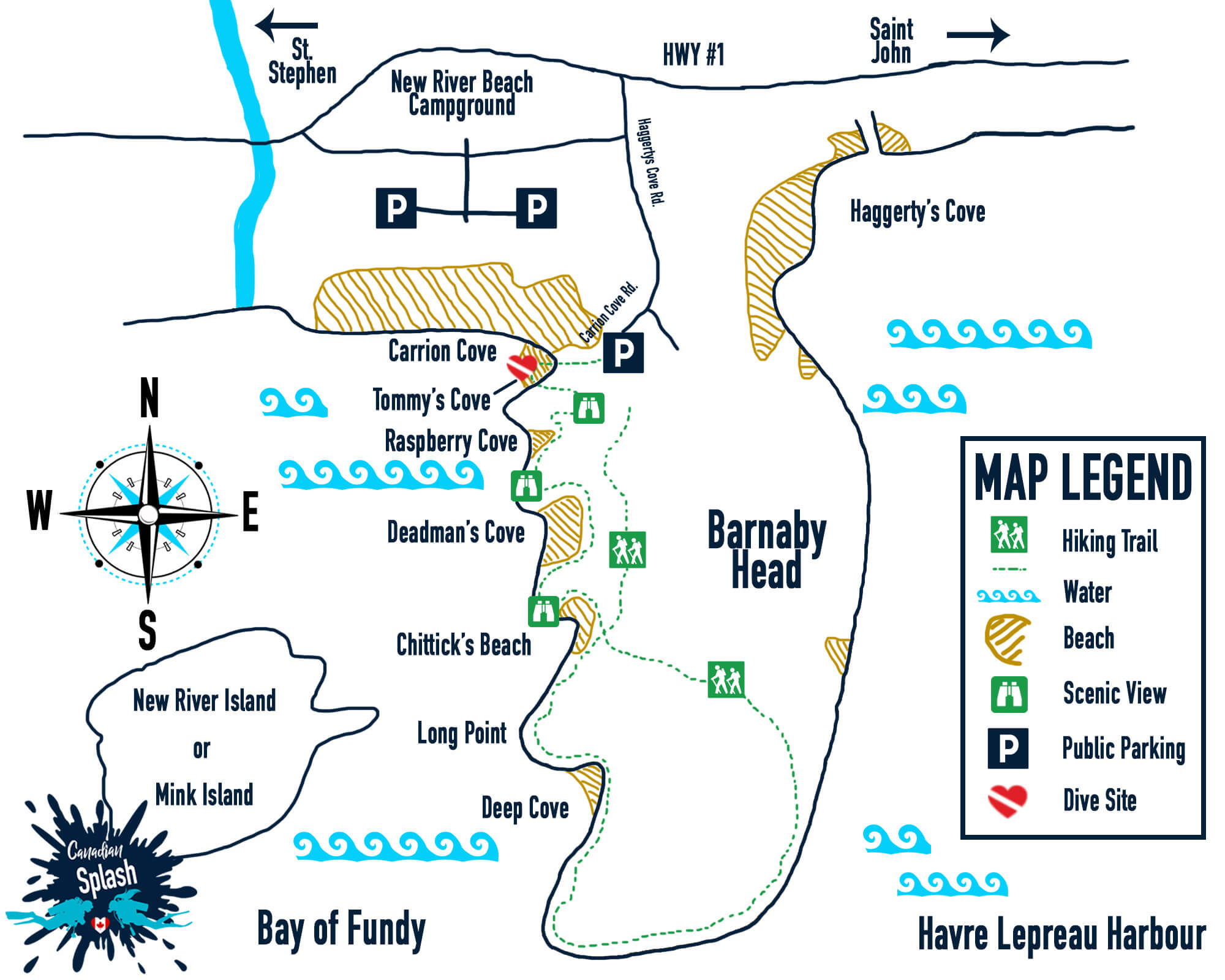 Beaver Harbour is a small cove with a rocky beach tucked along the Fundy shoreline.

A favorite for many New Brunswick divers, Beaver Harbour is a dive site that often offers better visibility than most other places and the opportunity for macro photography.

The bottom of the cove is a mixture of rocky and sandy bottom. To the right of the cove, there is a small wall where numerous lobsters live. To the left, you will find a wide expanse of sand littered with tiny scallops and the occasional large boulder.

While diving Beaver Harbour is not tide dependant, entering the water on the incoming tide is better – and easier – not only for getting in but for visibility. Because of the sites open exposure to the Bay of Fundy’s harsh elements, strong surges or winds coming from the North, East or South can ruin a dive.

Access to the site is via private land. For now, the owners have graciously permitted divers to access the Beaver Harbour dive site via Lighthouse Road. In order to keep this site open to divers in the future, please respect the owners and clean up your trash. 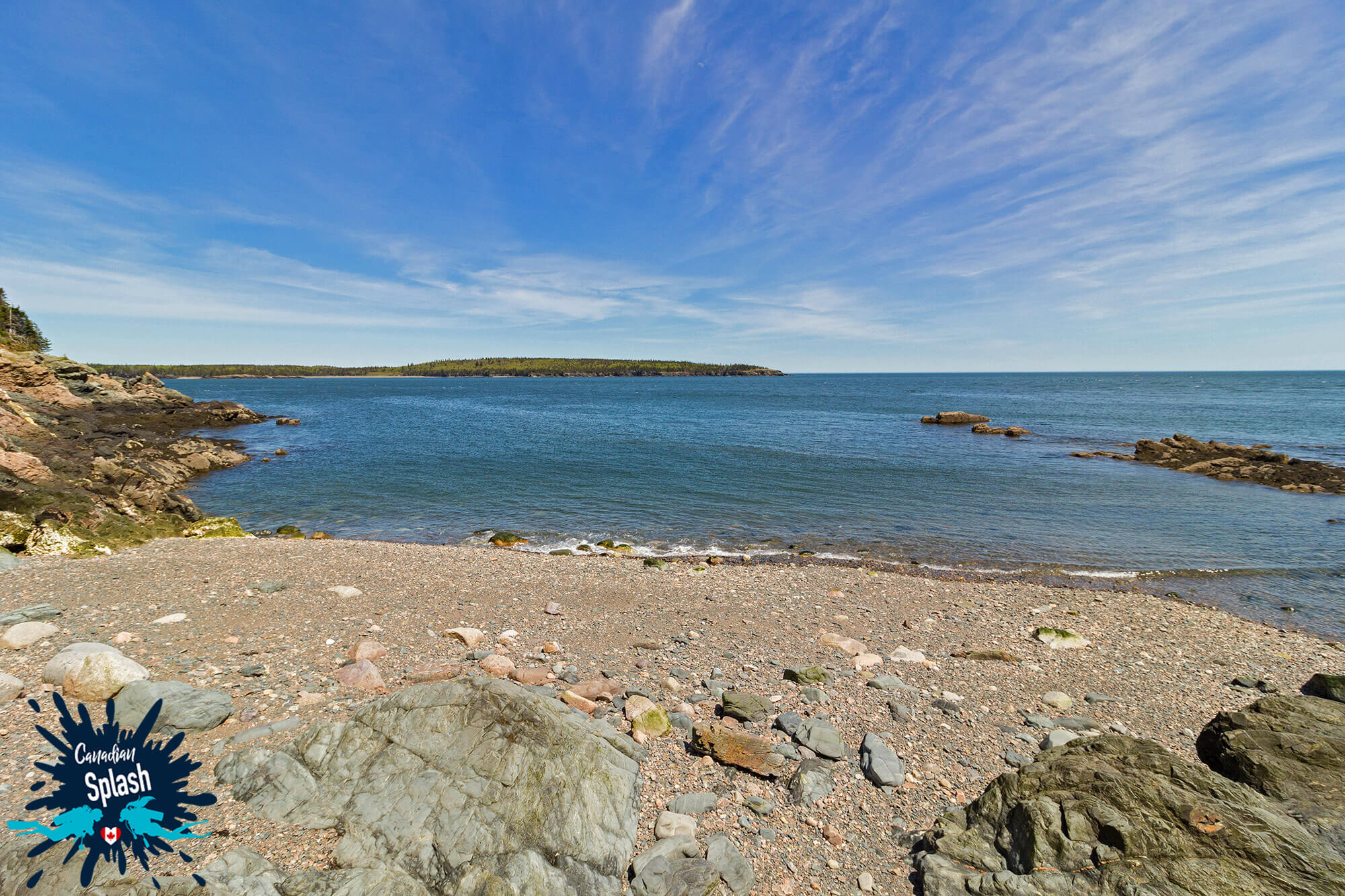 The Wallace Cove dive site is located in Black’s Harbour near the Grand Manan ferry terminal.

This easy to reach, easy to dive site, is not tide dependent and has very little current thanks to the bay’s sheltered location. 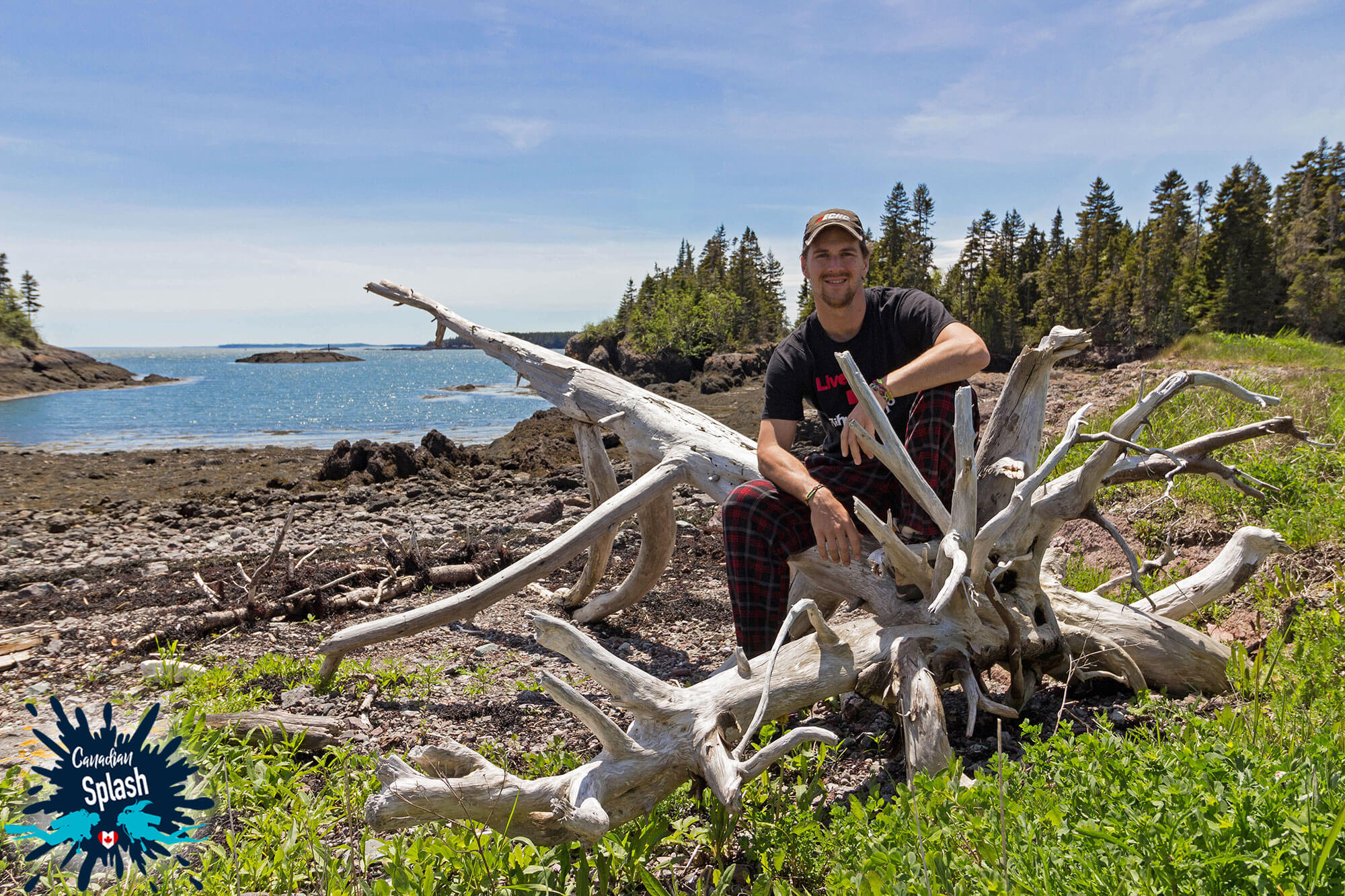 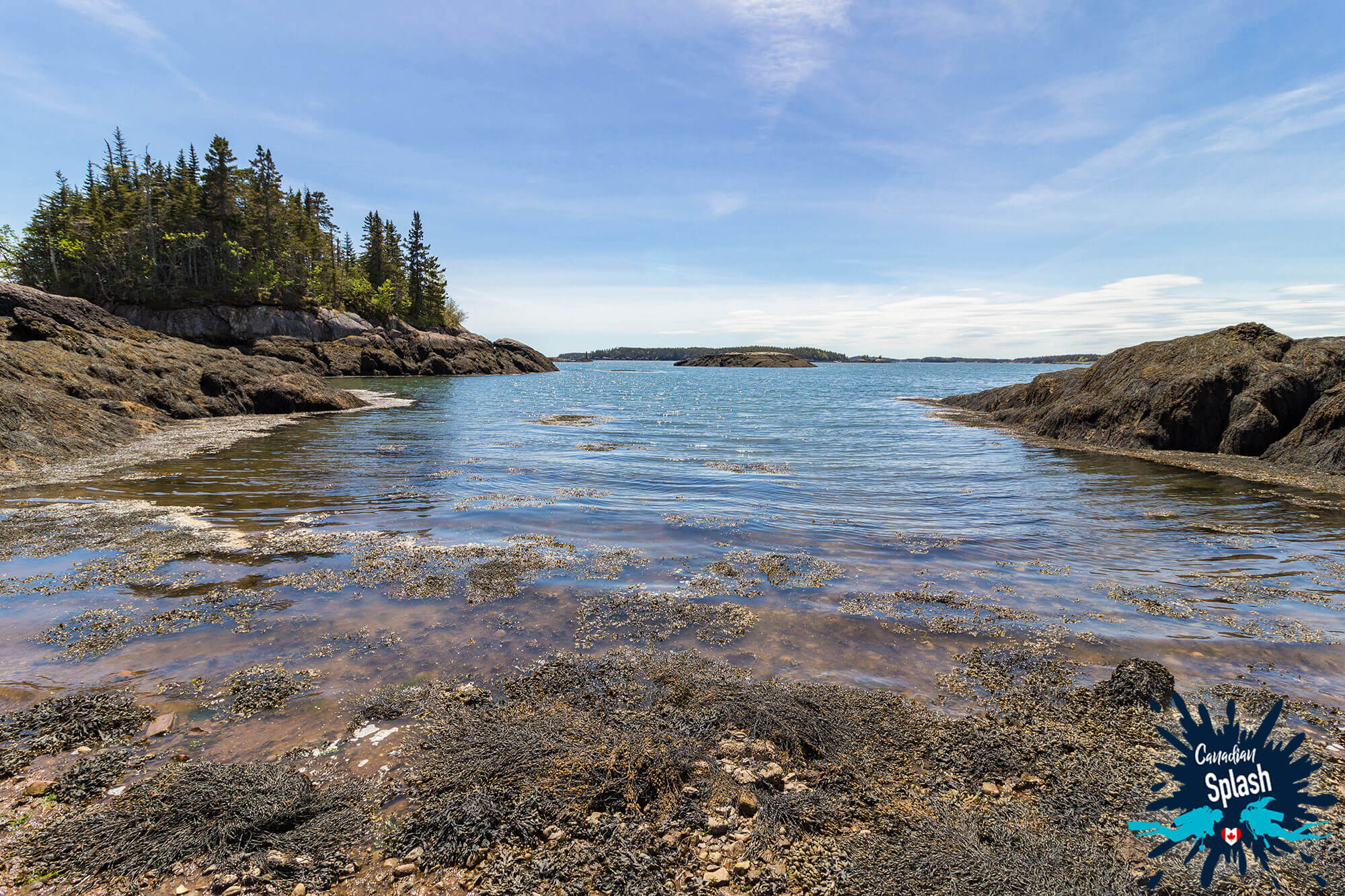 Underwater, divers can enjoy macro madness with nudibranchs, sponges, crabs, sculpin, lobster, anemones, sea stars, and sea ravens. Though there is a high diversity of marine life scattered across the bottom, Wallace Cove also has a fair amount of silt and muck, meaning that visibility can often be poor following bad weather and windy days. Good buoyancy is imperative for a successful dive at this site and we encourage divers to be wary of the light boat traffic that may use the beach to launch.

Important Information: First arriving and locating the dive site can be intimidating as divers need to pass past the Grand Manan ticket terminal. Just pop over to the booth and speak with the ticketing agent, they will let you past the gate for your dive! 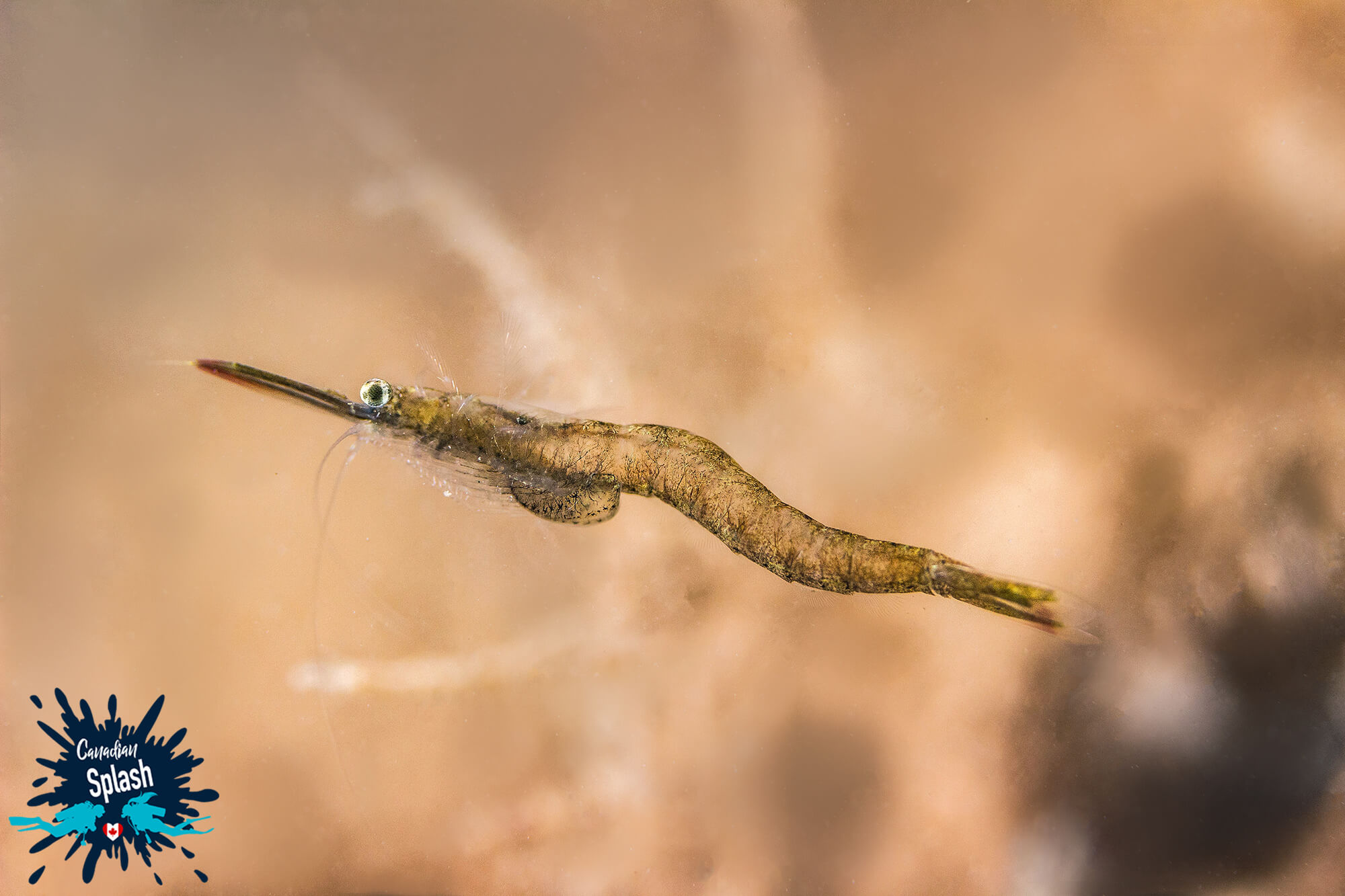 To dive around Saint John, New Brunswick is to be a diehard scuba diver.

Is diving great? Well, scuba divers should be prepared to embrace low visibility water and risk potentially being blown out. Compared to diving on Deer Island, which is a short commute and ferry ride away, Saint John certainly isn’t the clearest place on the planet but there are some neat things to be seen on the bottom.

Divers keep in mind that when diving Fundy, the reality is visibility is going to be hit or miss. Sometimes even in the sunniest and perfect surface conditions, the underwater world is in complete turbulence. It’s really hard to predict what the Bay of Fundy is going to throw at you! 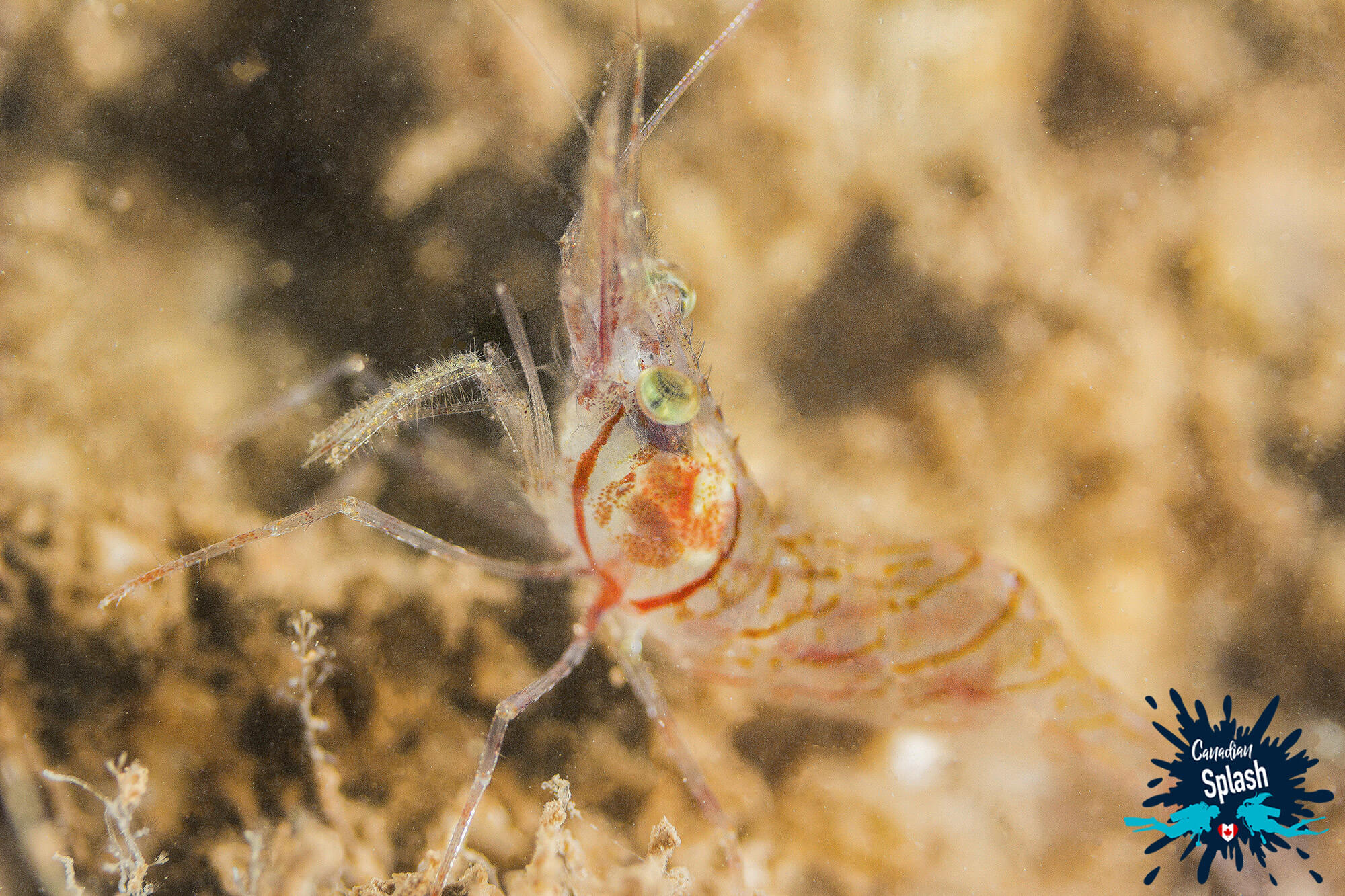 Would you torment yourself in mucky low visibility water all to go diving in the world-famous Bay of Fundy? 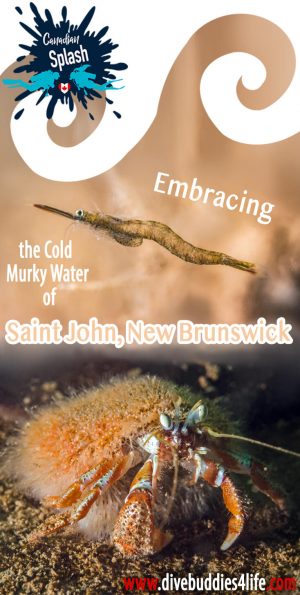