Having attended Dalhousie University after graduating from high school, the Canadian east coast is more than familiar territory. I’ve lived there for many years. I’ve formed lifelong friendships with fellow Nova Scotians. And I’ve roamed the vast coastline enjoying the tangy smell of the ocean with each and every breath. Halifax is a place that has left its mark on me. 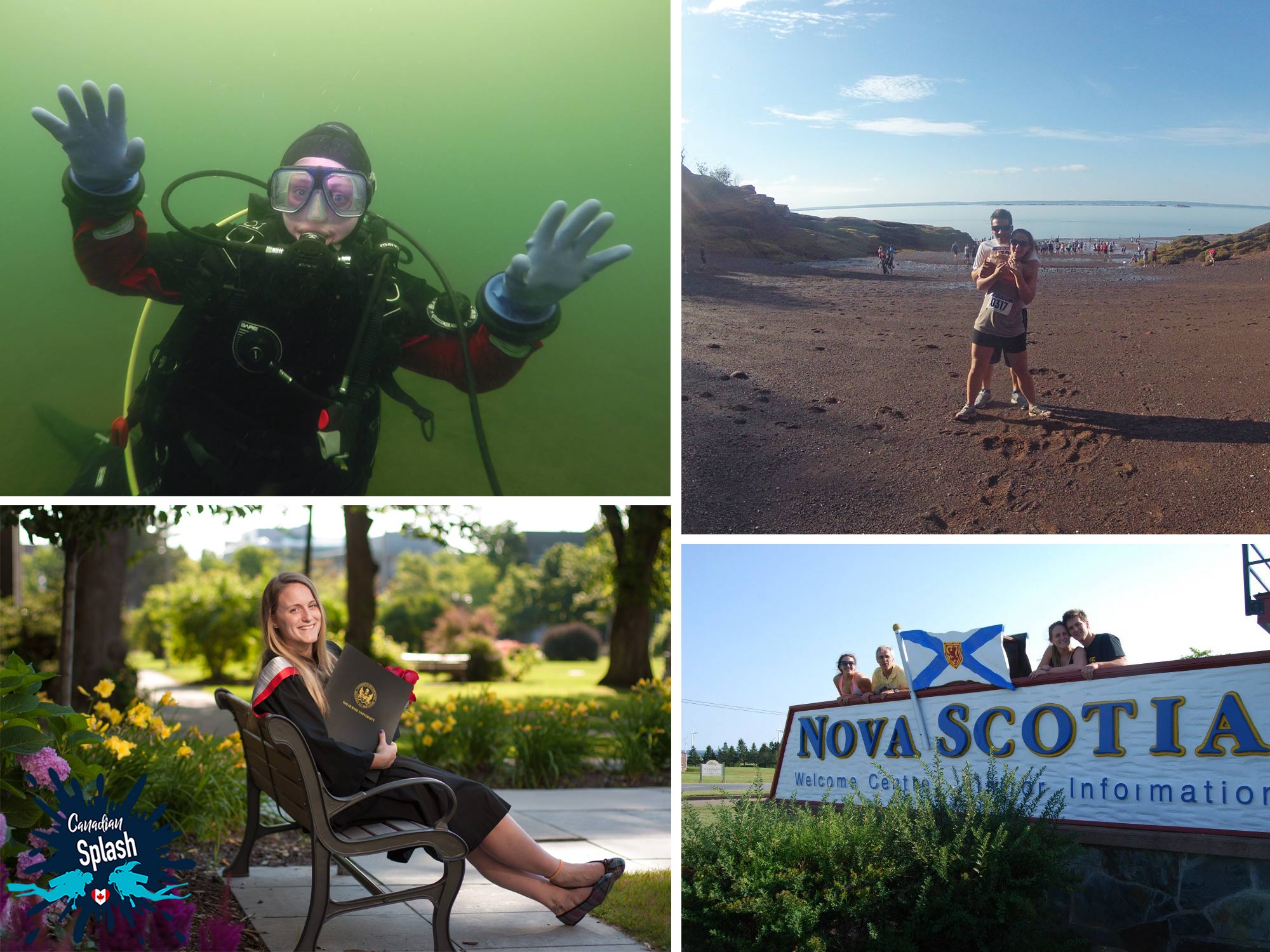 Halifax is the capital city of Nova Scotia and one of the most populated places in the Canadian Maritimes. As such, more than two-fifths of the province’s population call this city home. At a latitude of 44° N, Halifax is nearly halfway between the Equator and the North Pole. The region owes its existence largely to its location – on one of the largest and deepest ice-free natural harbours in the world. This, over time, has made Halifax one of the most important Canadian commercial ports on the Atlantic seaboard.

Today, Halifax and subsequently the HRM, still hold strong ties to its seafaring roots. It remains a busy port city, with several harbours as well as shared wharves, marinas, fishing docks and shipyards. It is Atlantic Canada’s leading financial, commercial and industrial center. HRM has also become a very cosmopolitan place. The region has a proud mixture of cultures, languages and ethnicities. 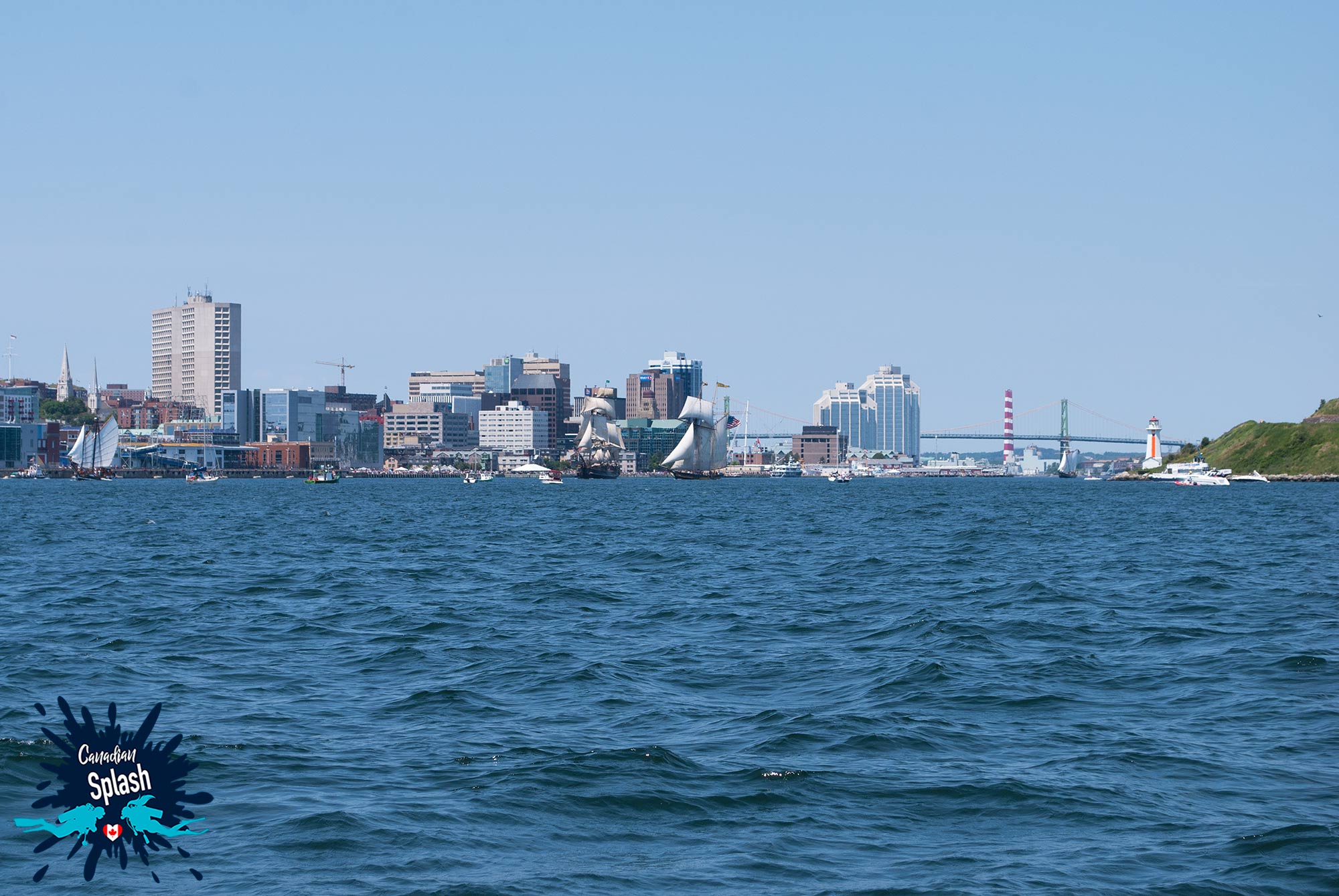 Being one of the oldest and largest cities in the maritime provinces (founded in 1749), HRM is an eclectic mix of old and new. It has many educational institutions, museums, pubs, historic buildings and fishing villages which are a picture-perfect delight for locals and tourists.

While not the first activity many tourists think of engaging in when they arrive in the HRM, scuba diving the lush water of Canada’s north Atlantic is a welcomed change from the status quo. Having an extensive coastline and being a peninsula primarily surrounded by ocean, anyone can guess that this area would have good cold water diving. I mean you can head anyplace inland and never be more than 67 kilometers from the coast. 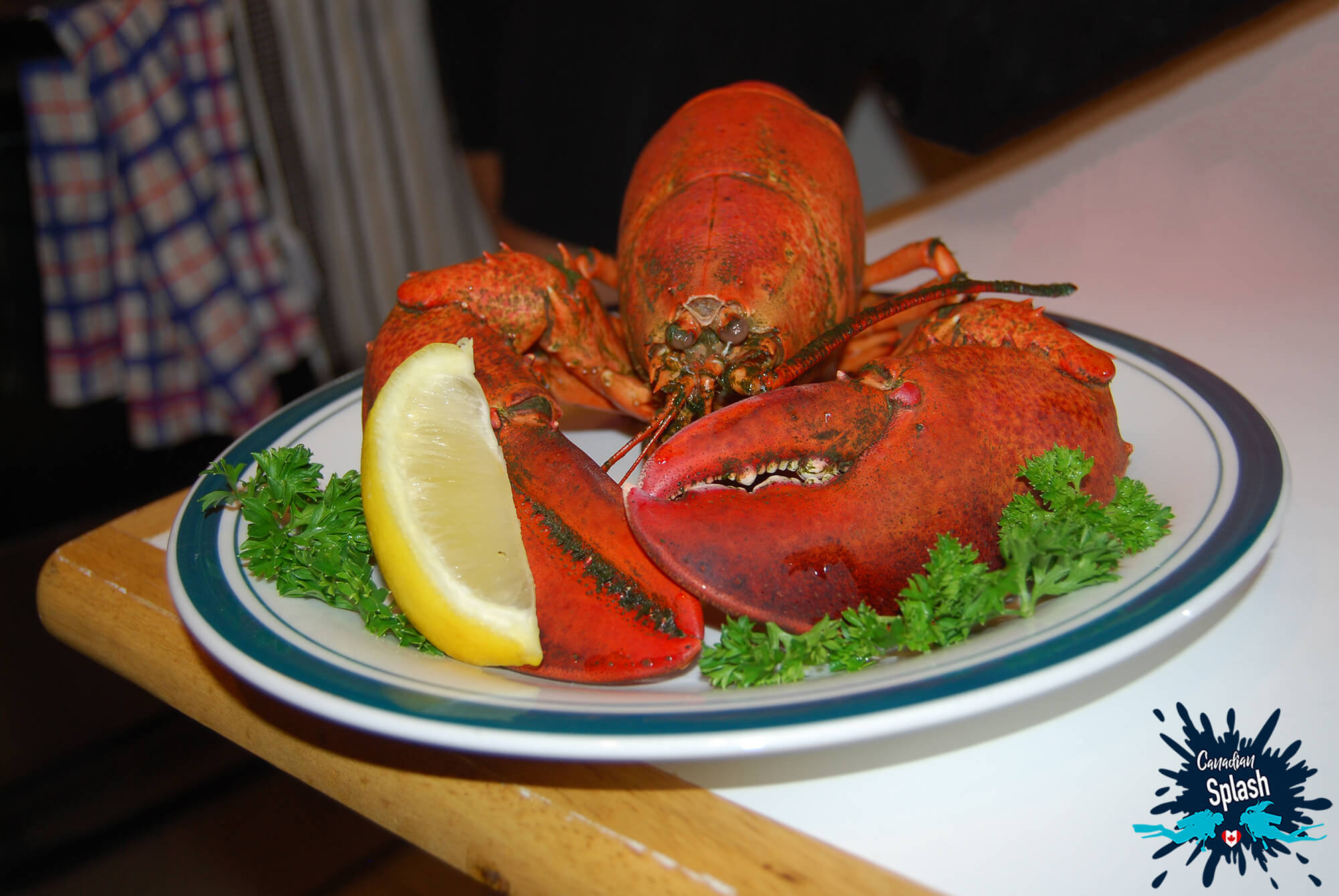 Some of our favourite local diving include sites directly in Halifax itself, but also amid the curving seashores of St-Margarets Bay. 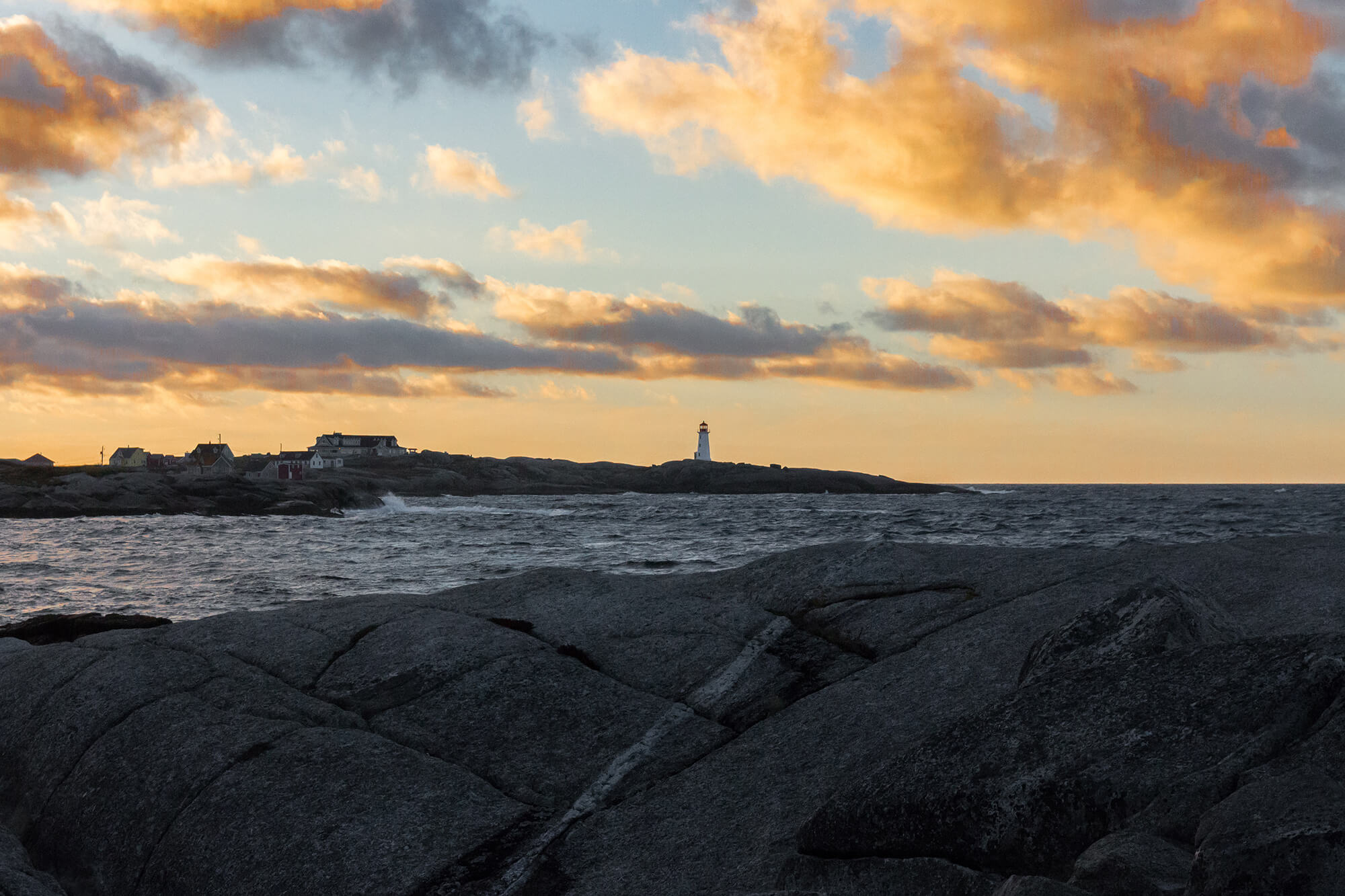 Terrence Bay is a rural fishing community on the Chebucto Peninsula fringing the western side of HRM. It is located on the shores of the Atlantic oceans 21.2 kilometers from Halifax off Route 333. The region encompasses the communities of Lower Prospect and Sandy Cove.

Dotted along Terrence Bay’s snaking shores are many dive sites rich in marine life. Some are easily accessible with close parking while others require a little more walking and equipment lugging.

* For informative purposes, shore scuba diving sites ranging from Bear Cove all the way to Prospect will be outlined in this article. 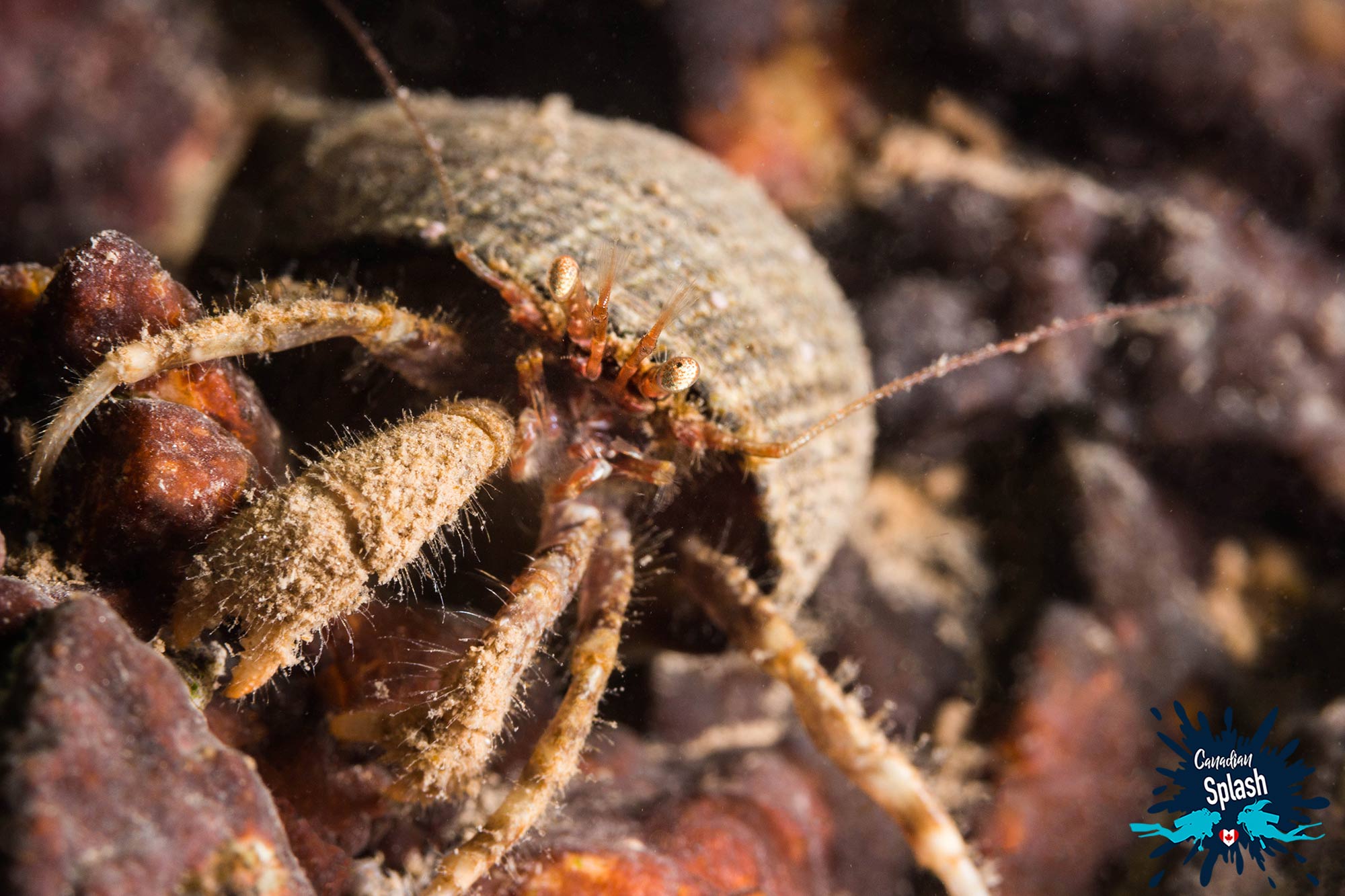 Prospect Bay Wharf is a large dive site with lots of places to explore. The wharf is located in a small inlet and therefore very sheltered from wind and wave action. The maximum depth of the site runs down to about 35ft at high tide. Divers can enter the water at the wooden stairs on the left of the wharf.

Prospect affords divers the opportunity to enjoy large kelp formations, rocky ledges and larger animals heading towards the gully. Heading in the opposite directions divers can poke around in the mud and silt, treasure hunting for old clay pipes discarded from the old historic ships that used to lay berths in this village.

Marine life consists largely of various crab species. Hermit, green and rock crabs can be found wandering the bottom, especially where it is flat. There are also lots of sponges and anemones clinging to the wharf pillars which make for a colourful and three-dimensional dive. In the sheltered areas where larger rocks are found lobsters, flounders, sea ravens and sculpins are abundant. 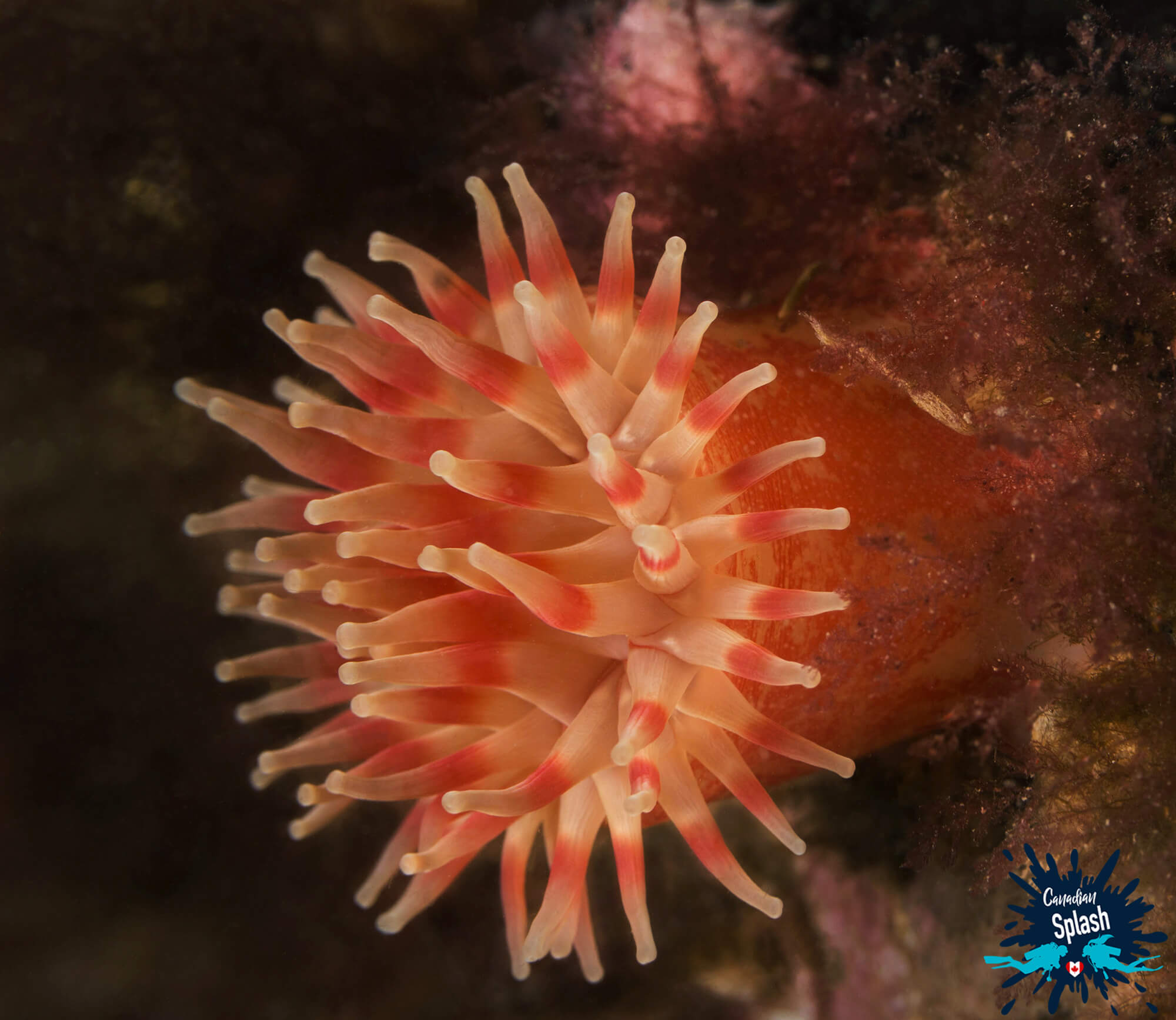 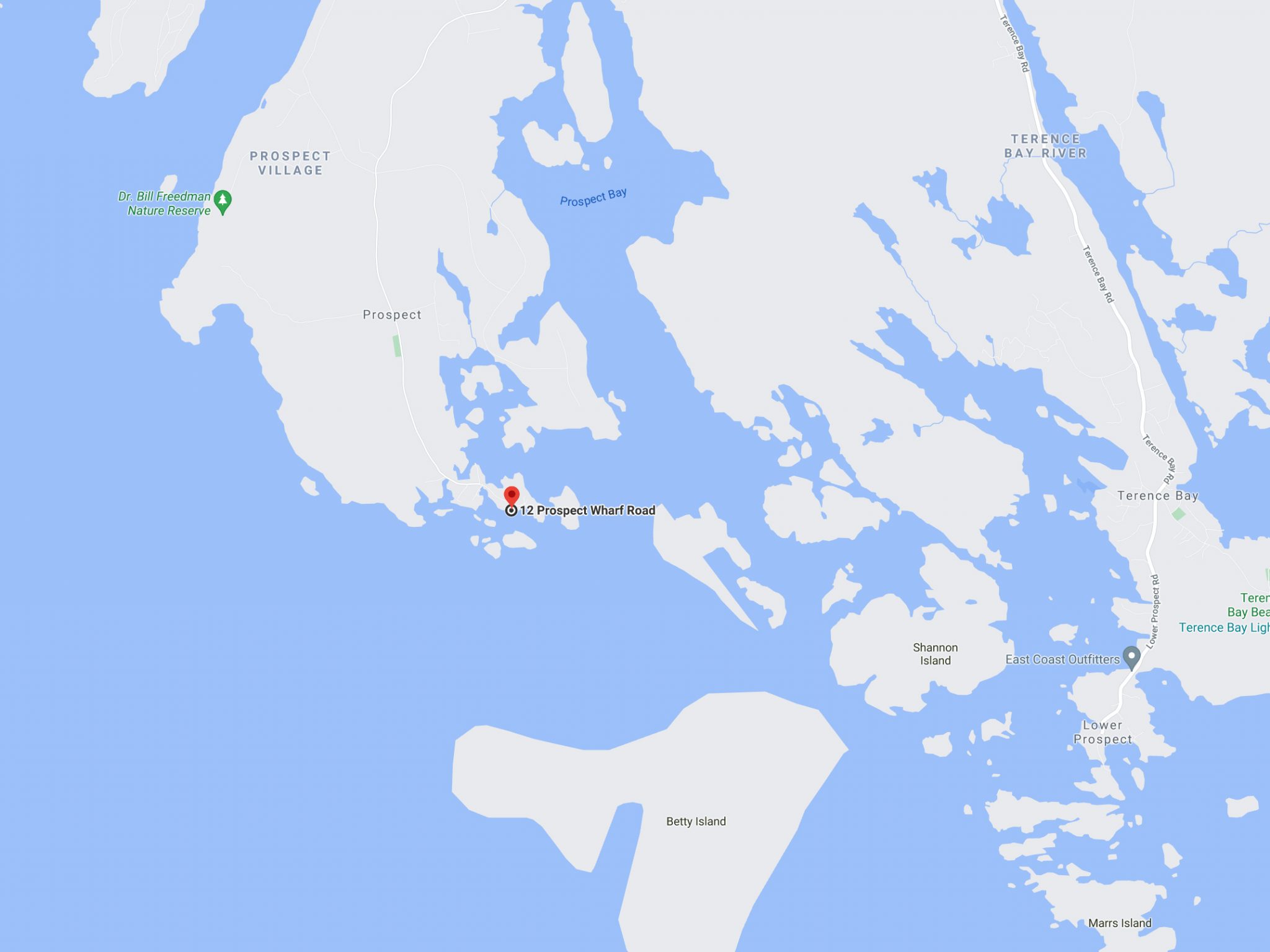 How to Find Prospect Bay Wharf and What to Look For

It takes about 45 minutes from Halifax to get to the Sandy Cove dive site. Located south of the city, Sandy Cove is in the same geographical area as Crystal Crescent Beach Provincial Park, a well-known hangout spot for beachgoers in the summer months.

Sandy Cove is a small 75-meter strip of beach with ample roadside parking around a spacious cul-de-sac. The beach access makes for easy entry and exit from the water. 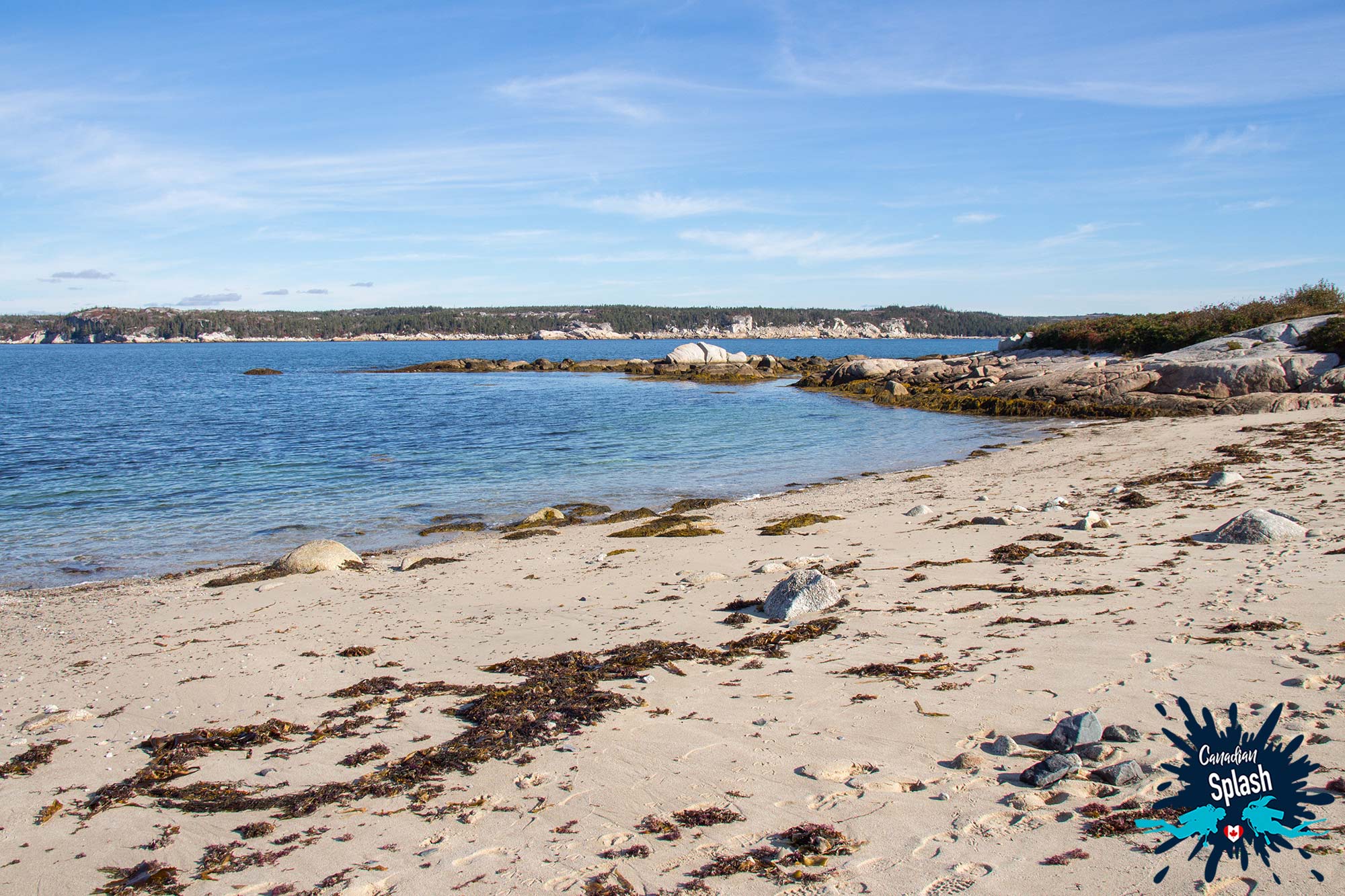 The bottom structure of the site itself stays true to the name and is mostly sand, however along the left and right-hand side of the dive site there is some cobblestone, boulders and bedrock ridges cloaked in seaweed. The depth of this site averages 40 feet, however further out the beach drops to as deep as 65 feet.

When looking for marine fauna at Sandy Cove, divers can usually find a sculpin or flounder hiding on the bottom or within the seaweed. Additionally, schools of pollock, cunner and other small fish often swim in this cove.

On the infrequent luck-of-the-draw occasion, divers may even glimpse a seal hauled out on the beach or lighthouse rocks napping. 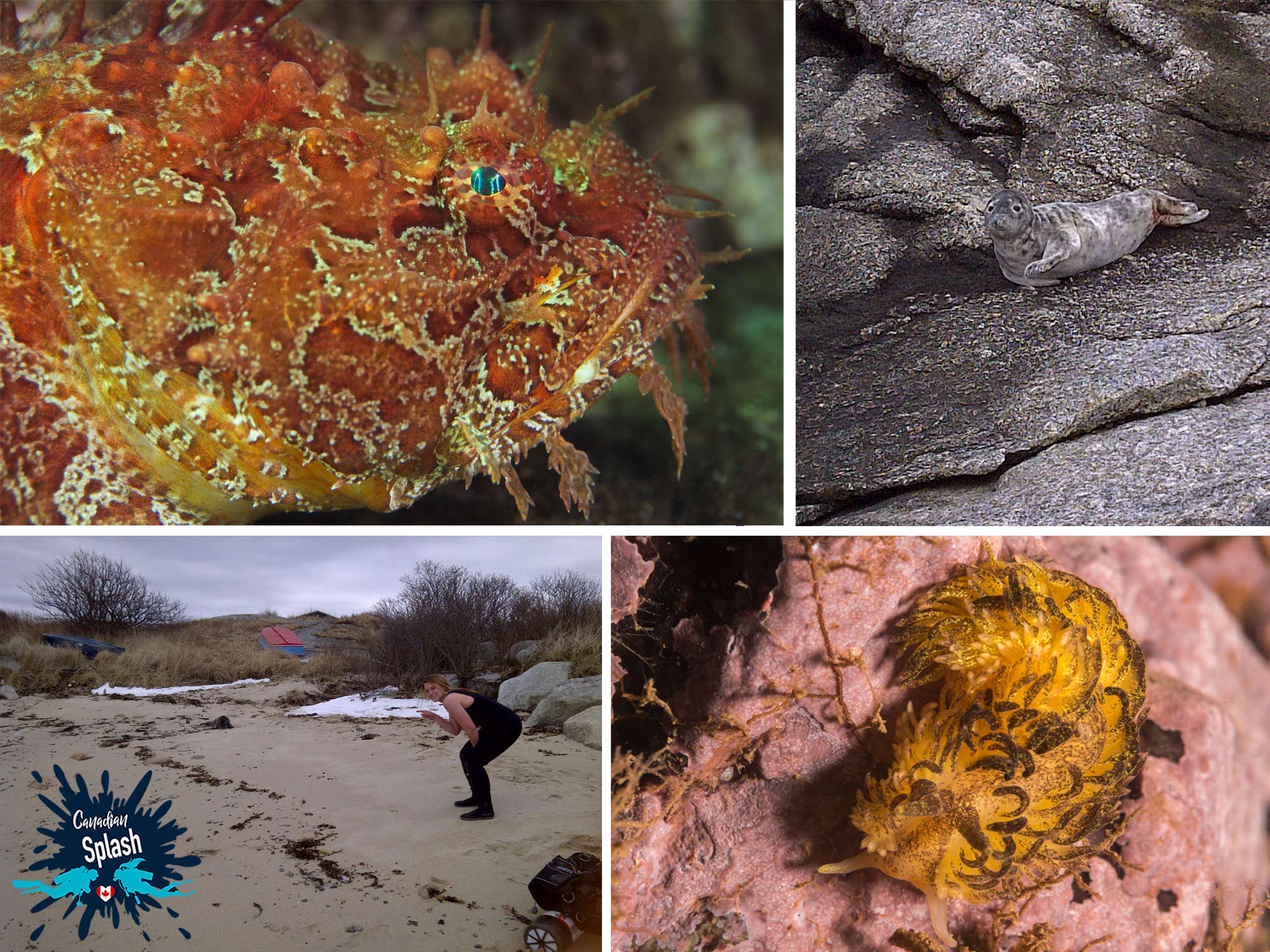 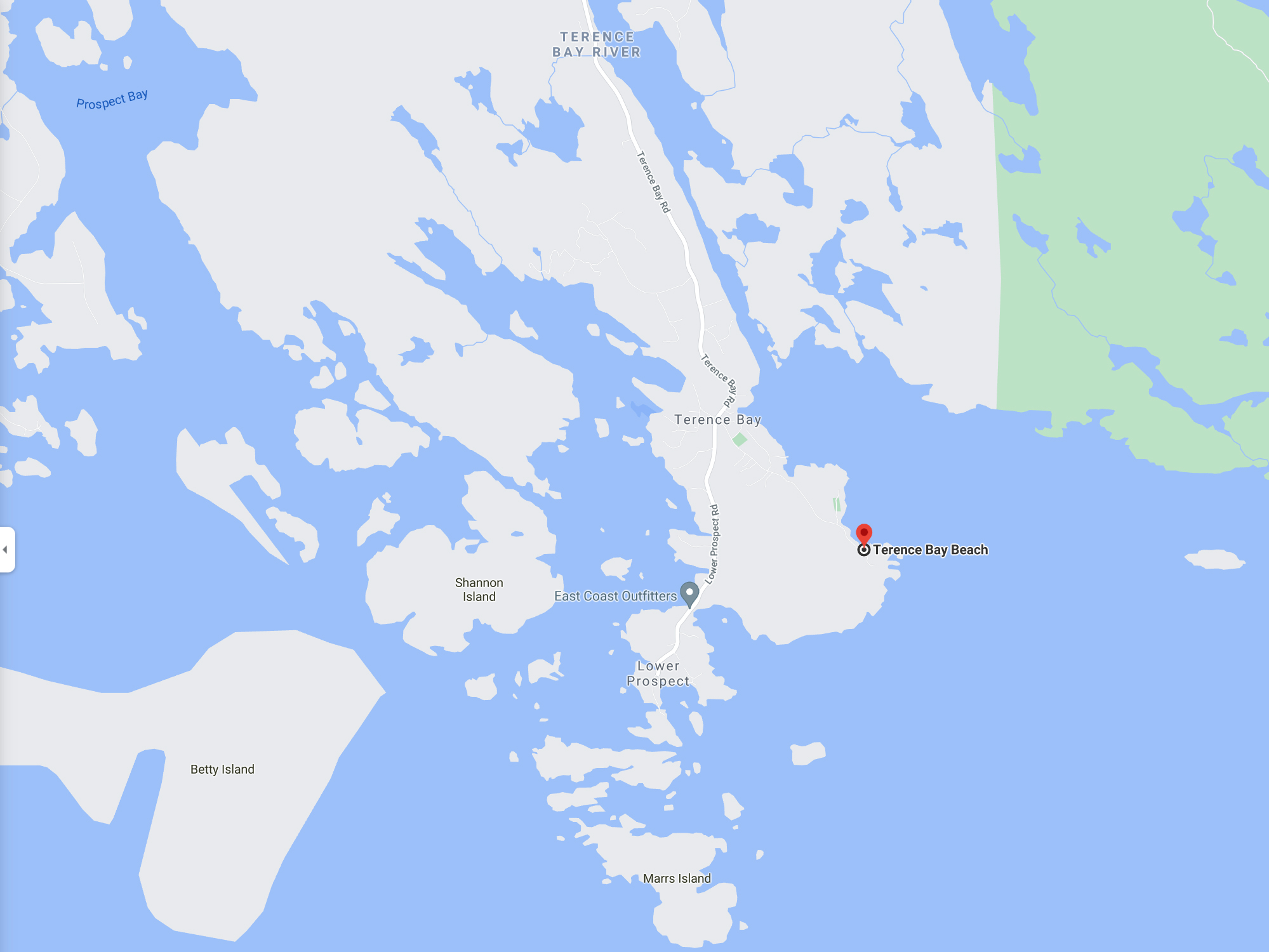 How to Find Sandy Cove and What to Look For

Sandy Cove for the Non-Diver

For the non-divers visiting Sandy Cove, this site has a short but scenic hiking path out to the tip of the bay. This trail is great for pictures and ends at a small red and white lighthouse. 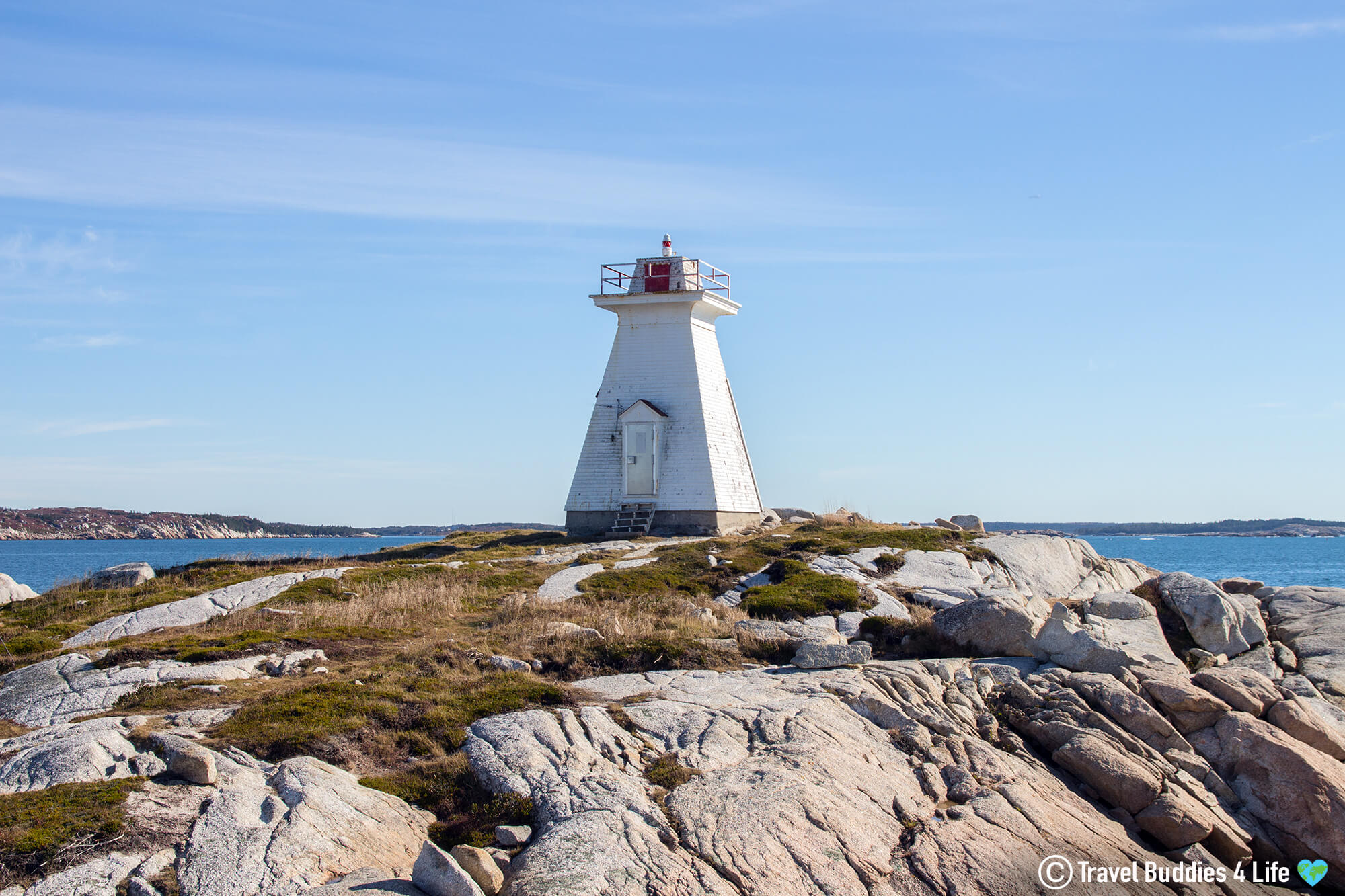 Long Cove is another interesting dive site close to West Pennant. The site is nestled in a small community with several small beaches that step down into the ocean.

Long Cove opens to the southwest meaning this site is very protected from east and north winds. The bottom consists of sand that leads to soft mud quickly from the beach. The muddy portion of the site is rich in burrowing macro creatures but can make a real mess when disturbed. Some of the bottom dwellers include scallops, tube anemones, worms, flatfish and crab species. 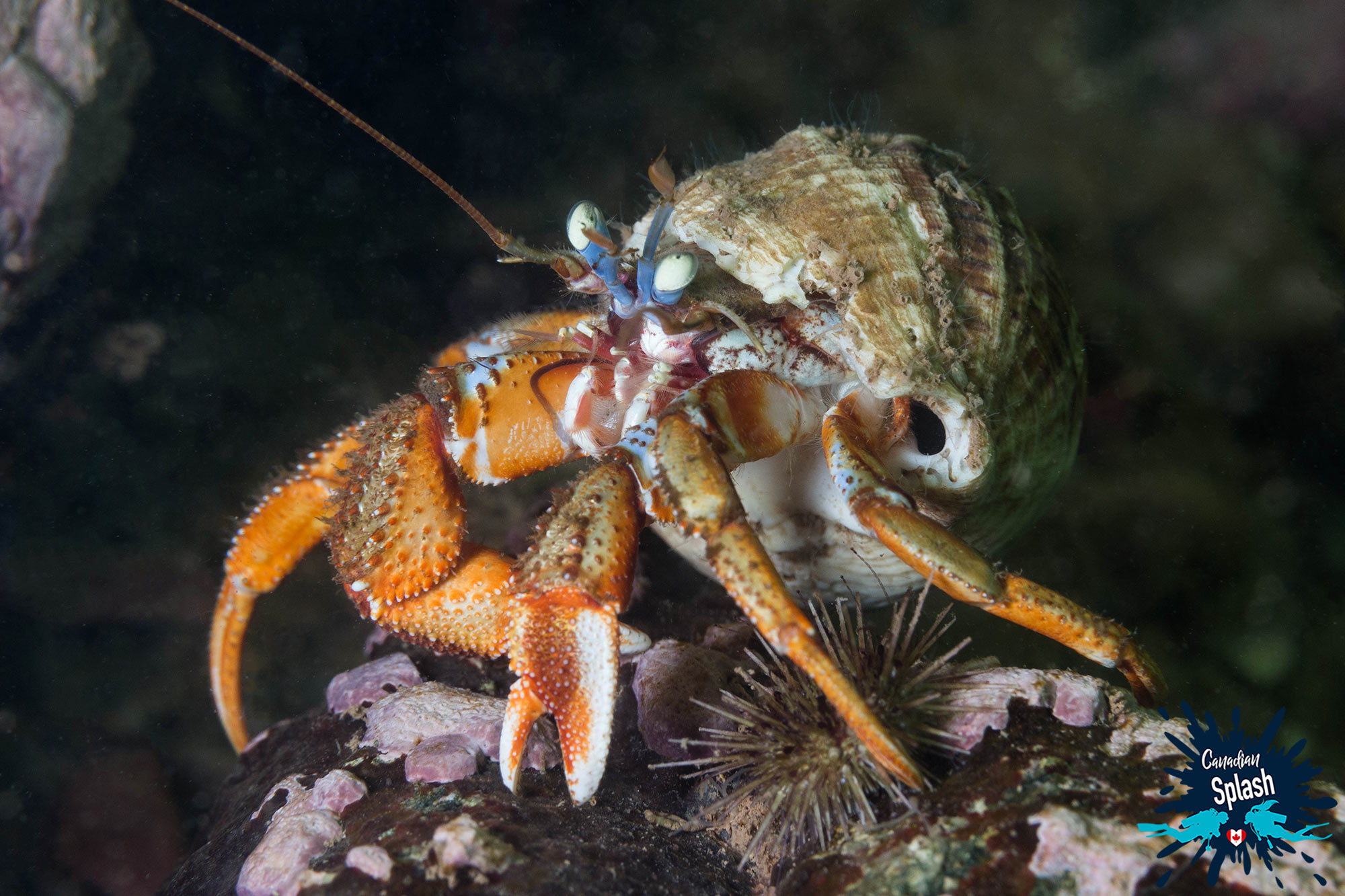 The nicest region of the site is a section of boulders running down the middle of the cove. These offer animals and plants better hiding pockets. The boulders have kelp and rockweed growth with lots of interesting invertebrates. 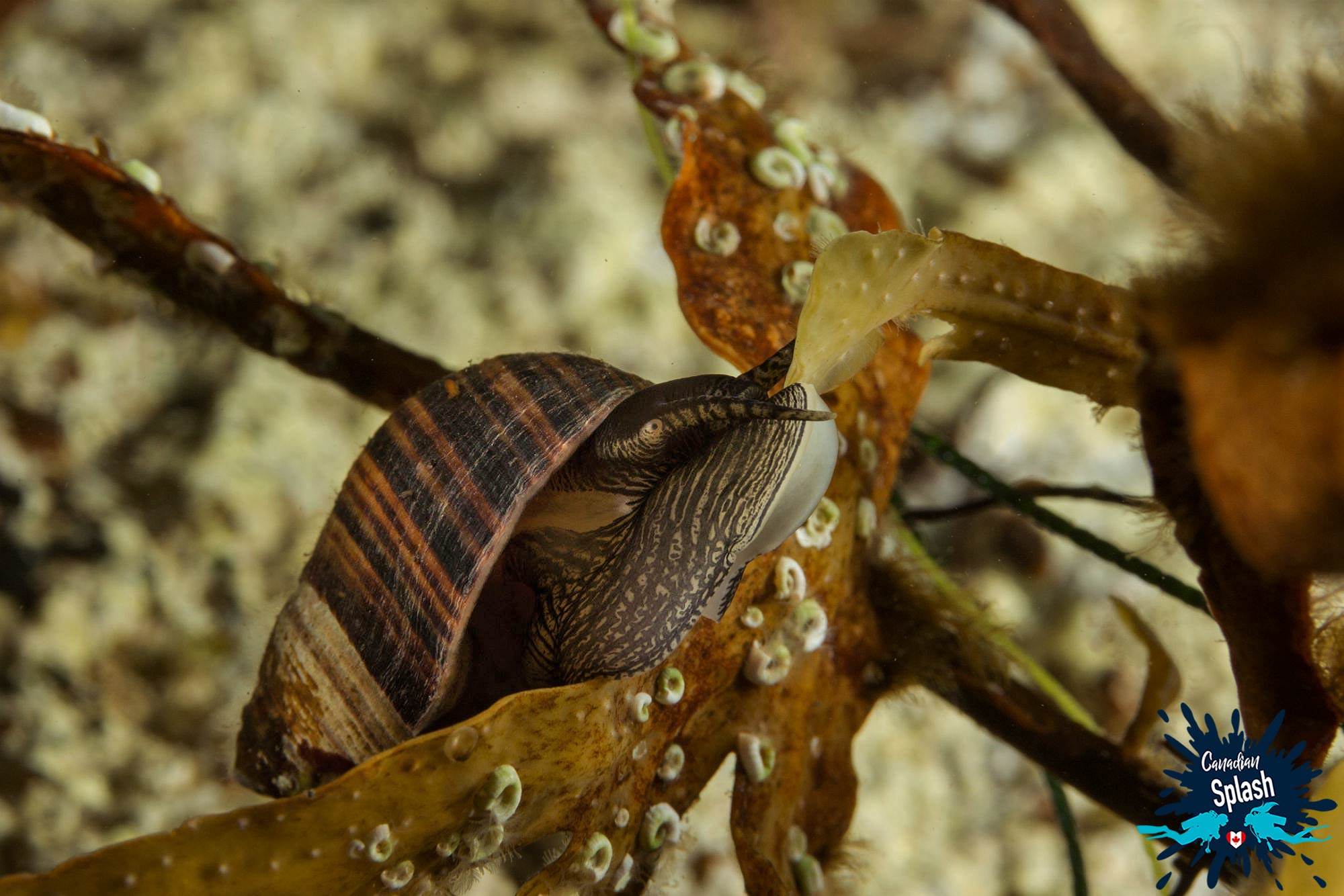 The depth of Long Cove is roughly 9 meters deep (28 feet). It is also relevant to note that the head of the cove has a freshwater inflow, thus after rain, the top layer of water can be brownish with reduced visibility. 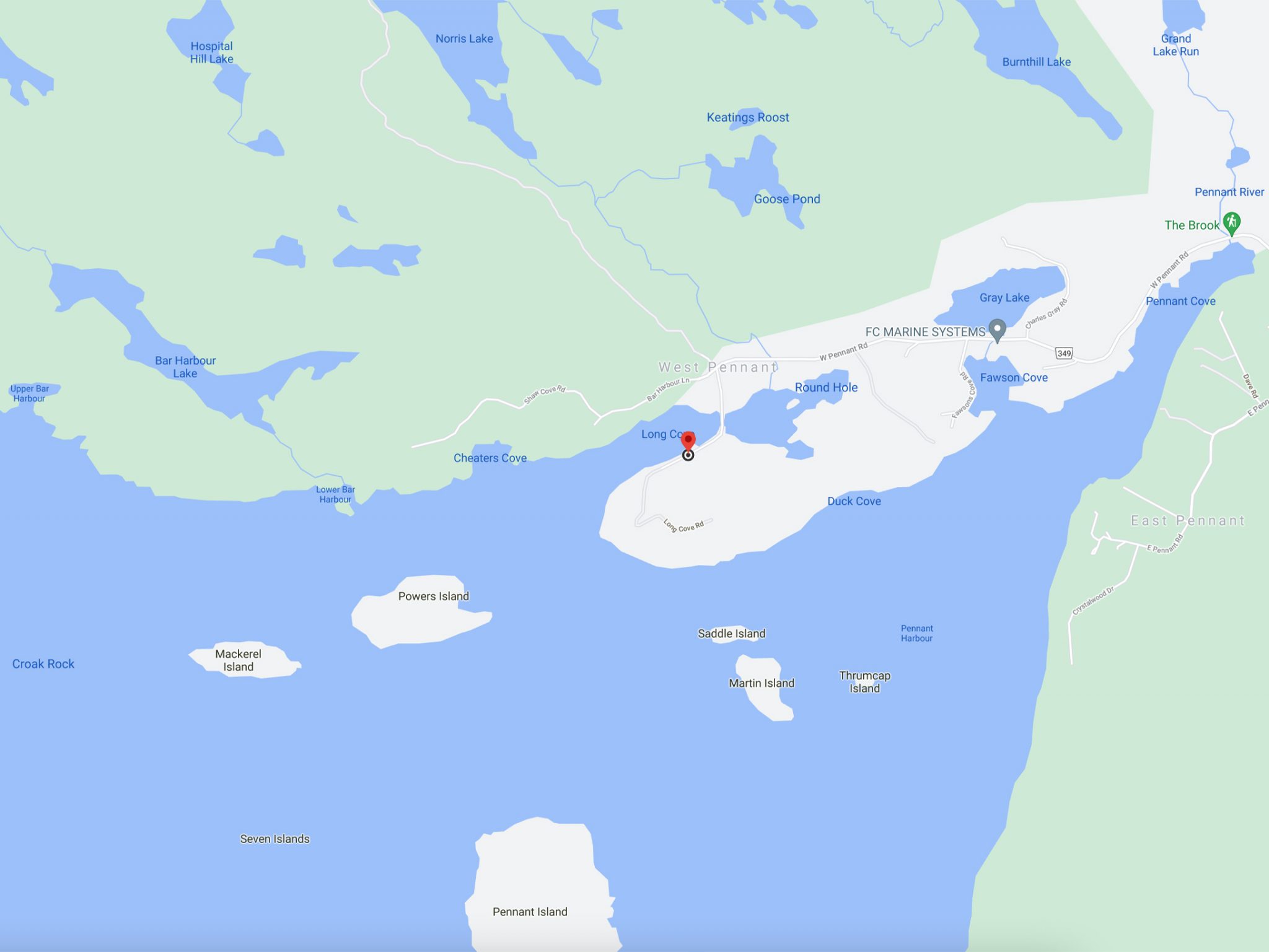 How to Find Long Cove and What to Look For

Bear Cove is a shore diving site cresting the outer limits of the Halifax Harbour. It is appealing due to its proximity to downtown Halifax but also because it offers divers the opportunity to explore portions of the U.S.M.S Humboldt wreck.

The site consists of a rocky beach approximately 30 meters (100 feet) wide which translates into the underwater landscape. Diving is done to the right of an oval boulder and flat rock closer to the beach entry path. The depth starts shallow 6 meters (20 feet) but drops off to 21 meters (70 feet) further out. There are a number of boulders and rock gullies peppered with kelp. 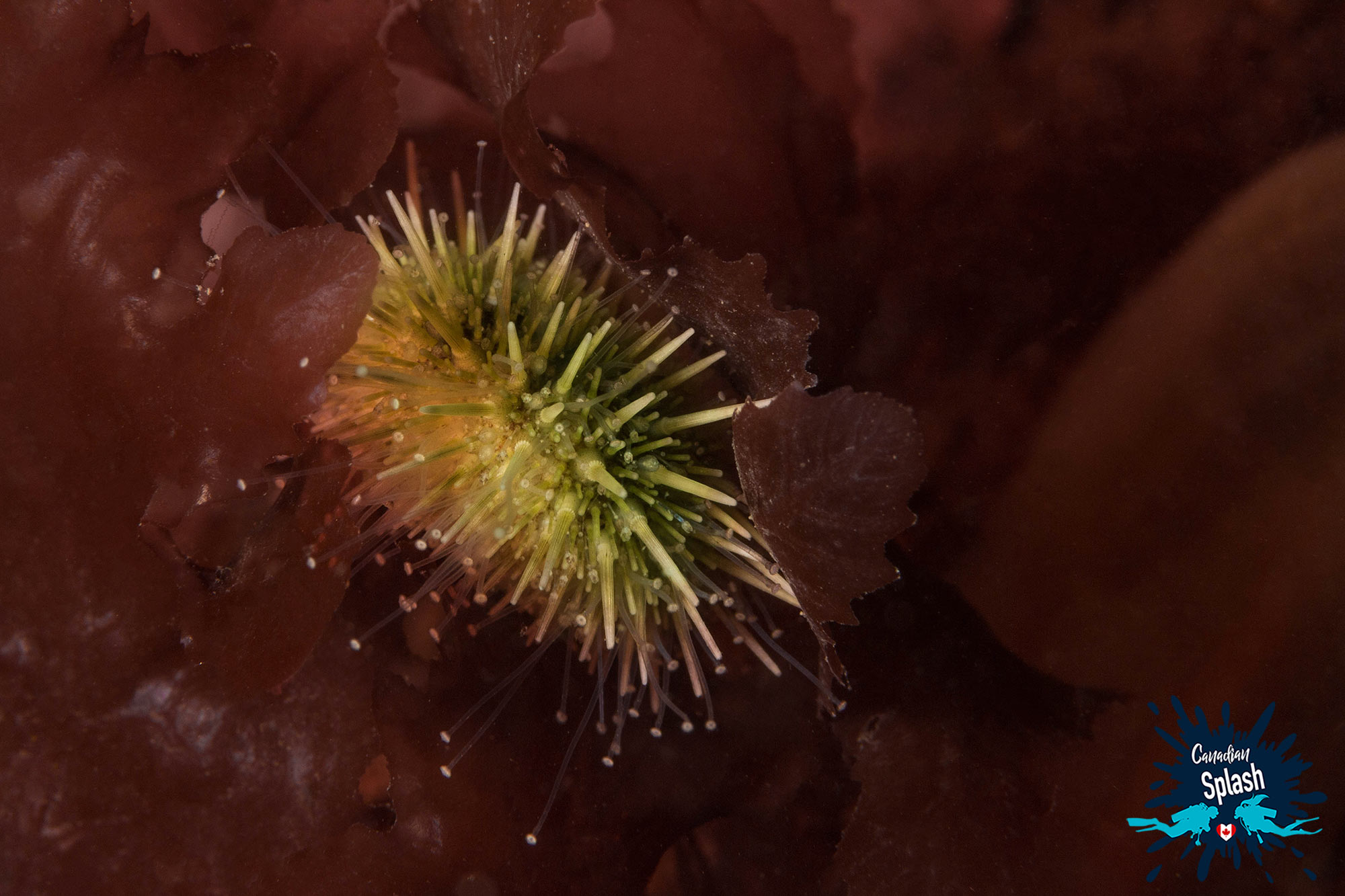 The points of interest at this site are found in two different areas approximately 7 meters (25 feet) apart. The first is known as the decking and the second is the ribs. All parts of the wreck are between Stone Rock (a large partially submerged rock at the entrance point) and Jane’s Point (the rocky point of land that borders the beach on the south). 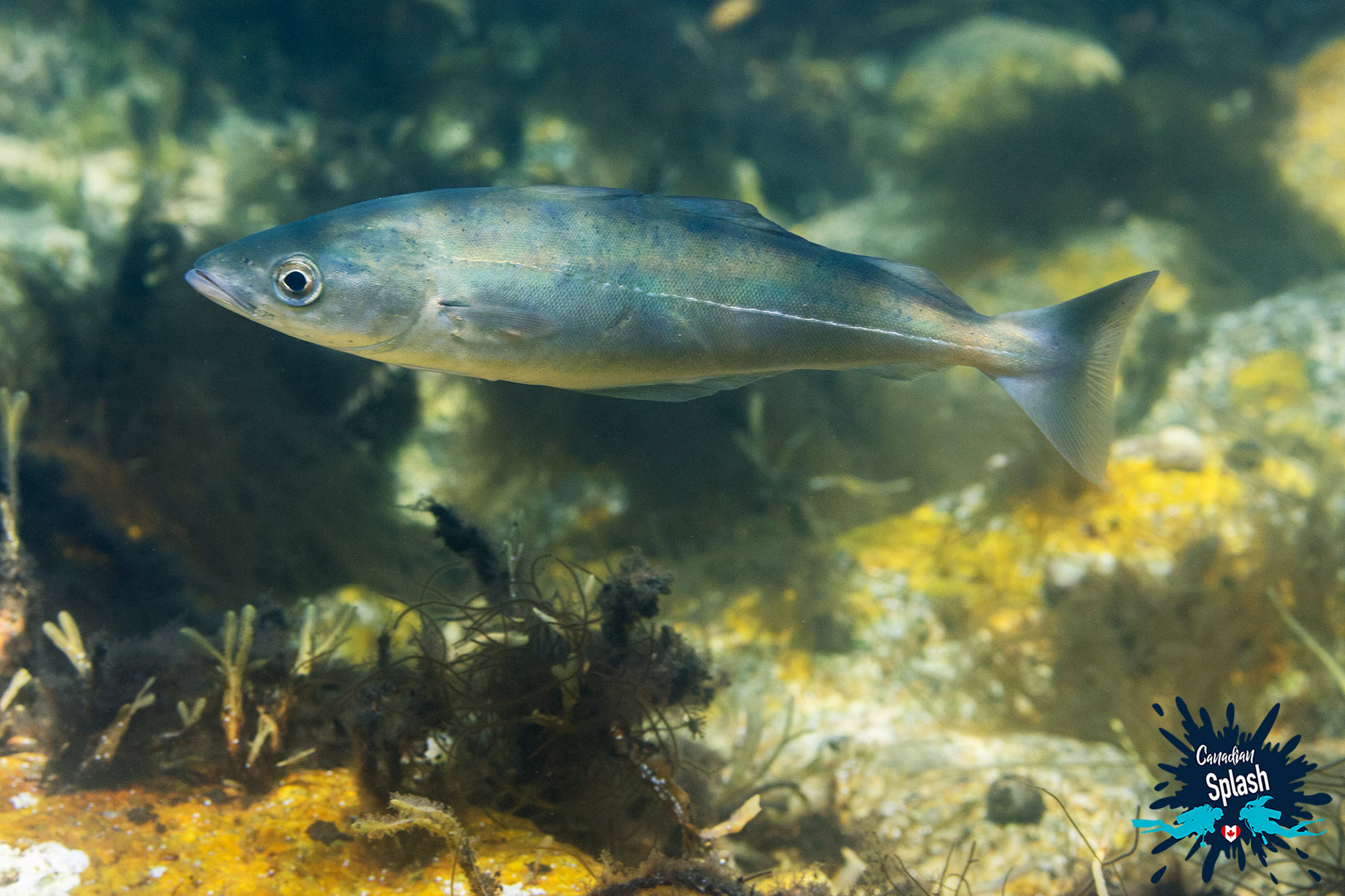 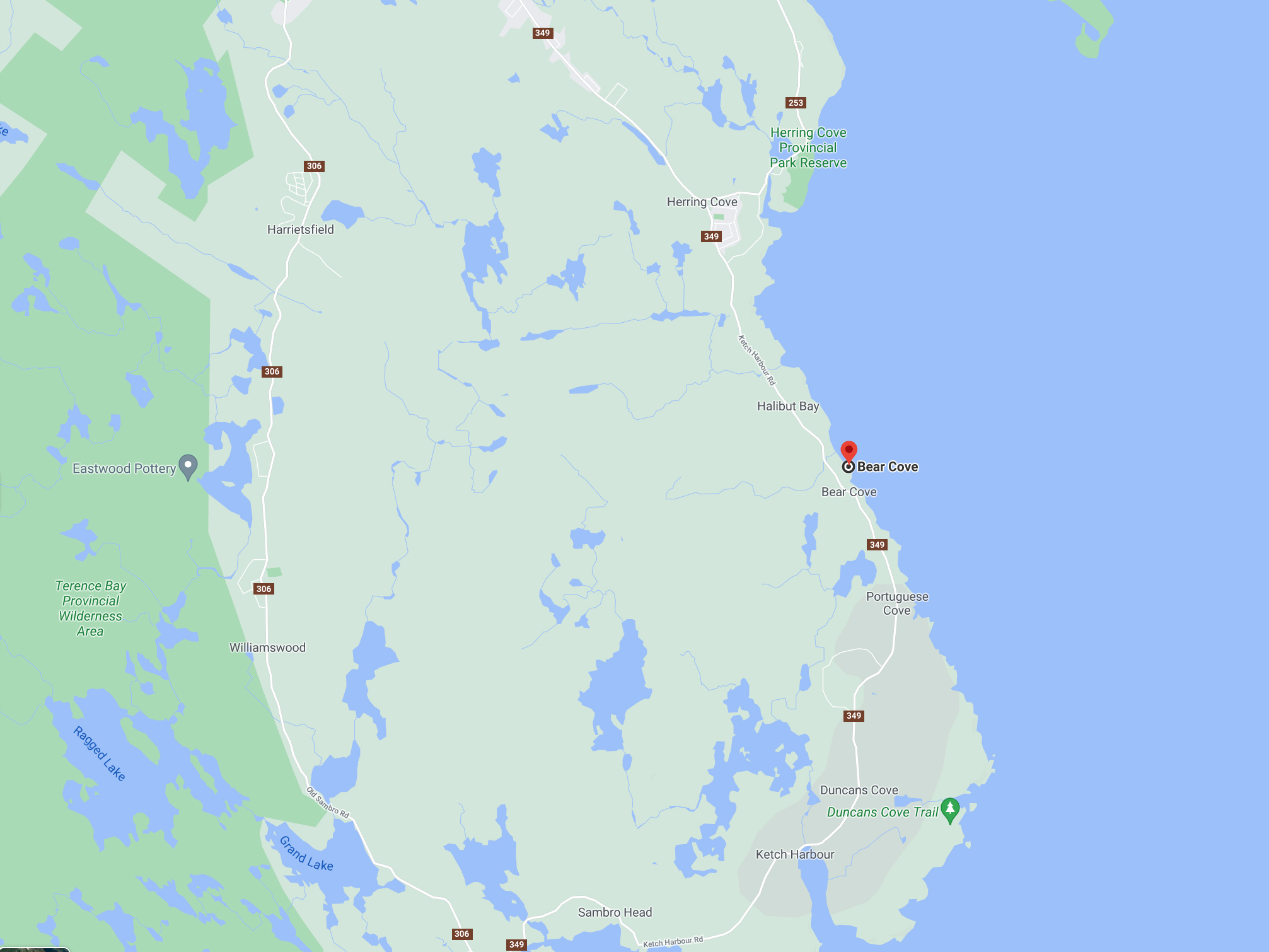 How to Find Bear Cove and What to Look For

Halifax Regional Municipality is a gem of a location on Canada’s east coast. After having lived there, worked there and enjoyed countless splashes in the North Atlantic, I can assure you there truly is no place like it. The metropolitan city offers visitors lots of things to occupy their time, while the coastal fishing communities cry of rustic charm.

In terms of scuba diving, this maritime spot has a really great collection of dive sites well suited for all levels of diver. Whether you’re diving directly in the city of Halifax, along picturesque St-Margarets Bay or amid the Terrence Bay seashores, prepare to be astonished and amazed by the bounty of marine life Nova Scotia has in store. 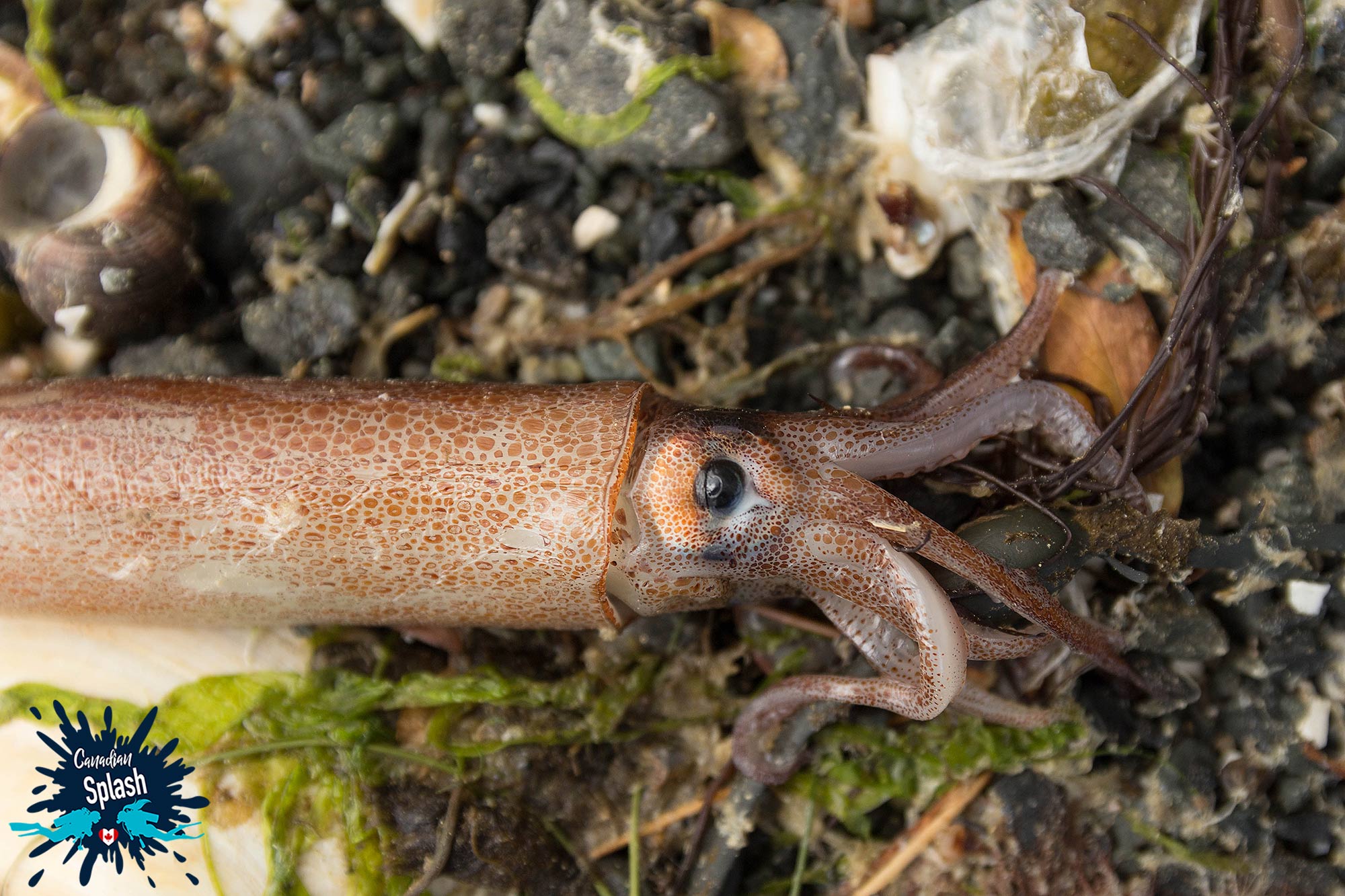 Have you ever been diving in Atlantic Canada – particularly in the Halifax Regional Municipality? What did you think of all the shore diving opportunities on the east coast? 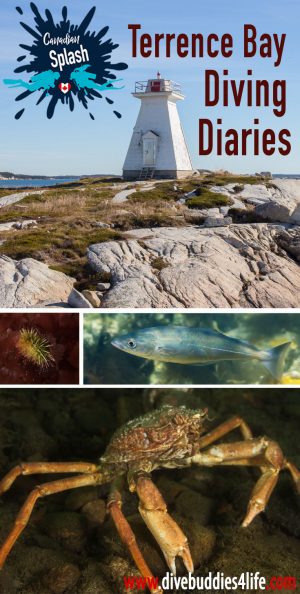