Netherlands: Shore Diving in the Province of Zeeland

Climbing Over a Dyke and Diving in a Saltwater Lake 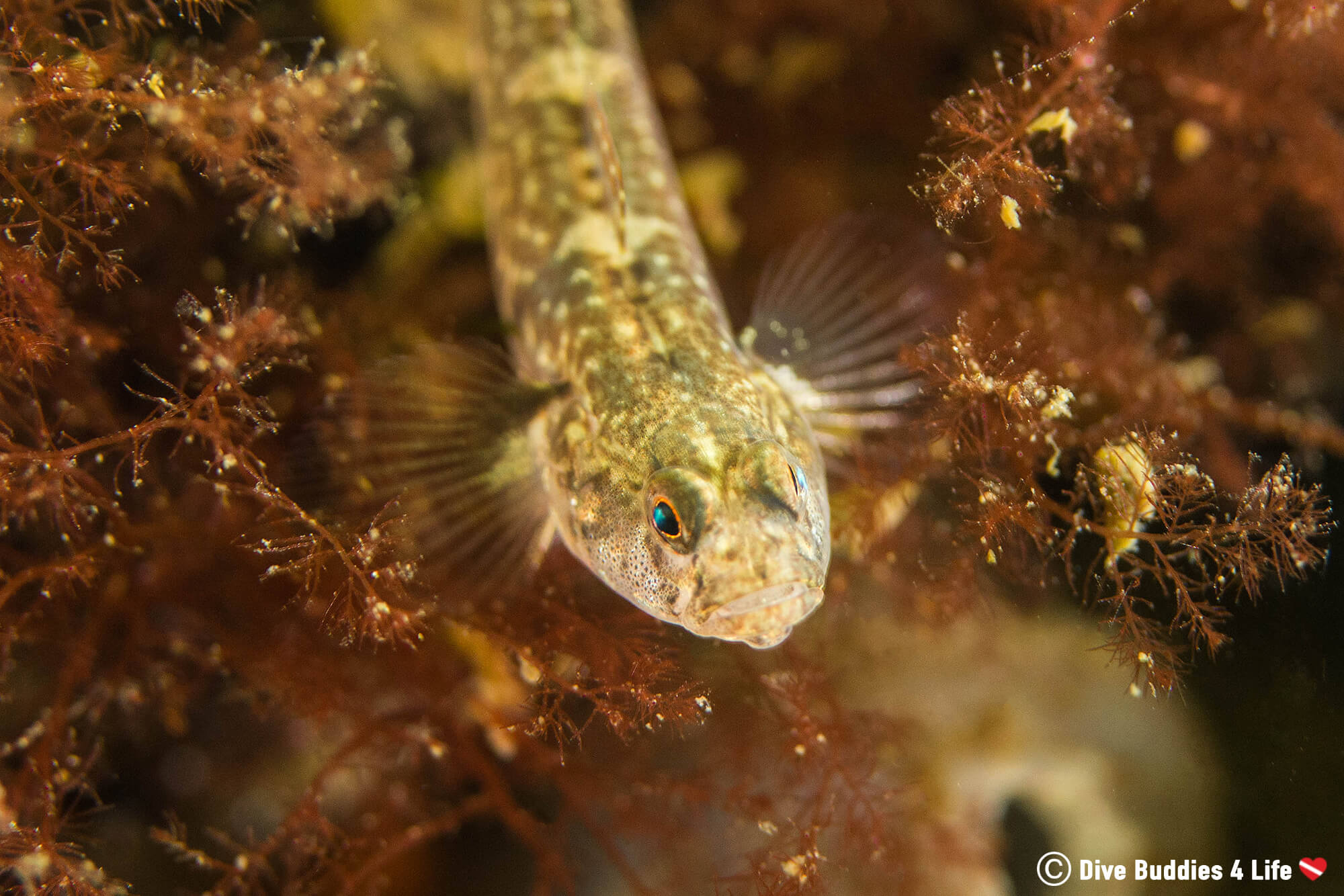 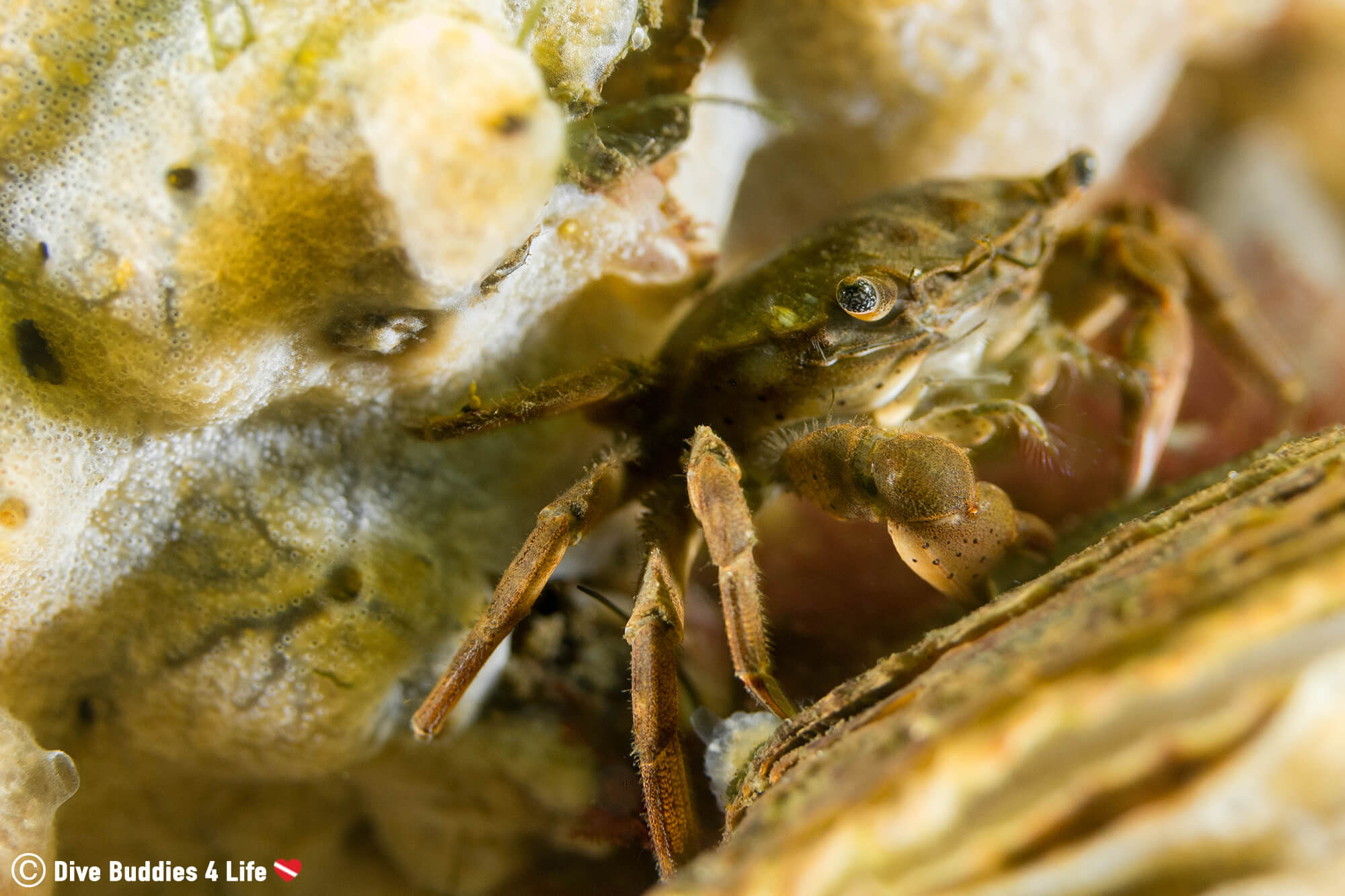 The Dutch Province of Zeeland

The Dutch province of Zeeland is located in the south-west of the Netherlands just at the border of Belgium. Sitting at the mouth of a large river delta, where several rivers converge and dump themselves into the Atlantic ocean, Zeeland is made up of islands and peninsulas connected by dams, tunnels, and bridges. The name “Zeeland” translates to sea land, a fitting name for the 2,930 square kilometers of province of which almost 1,140 square kilometers is water.

Given Zeeland’s predominantly “watery” nature, beach lovers and scuba divers alike make their way to this maritime province to stay salty in the summer months.

Gazing out over the #Kinderdijk at sunset and watching as the #windmills go round. It doesn't get more #dutch than this… #netherlands #travel

From much of the dive research I had been doing to date, it didn’t take me long to determine that the best place to get our fins wet in the Netherlands was in Zeeland. 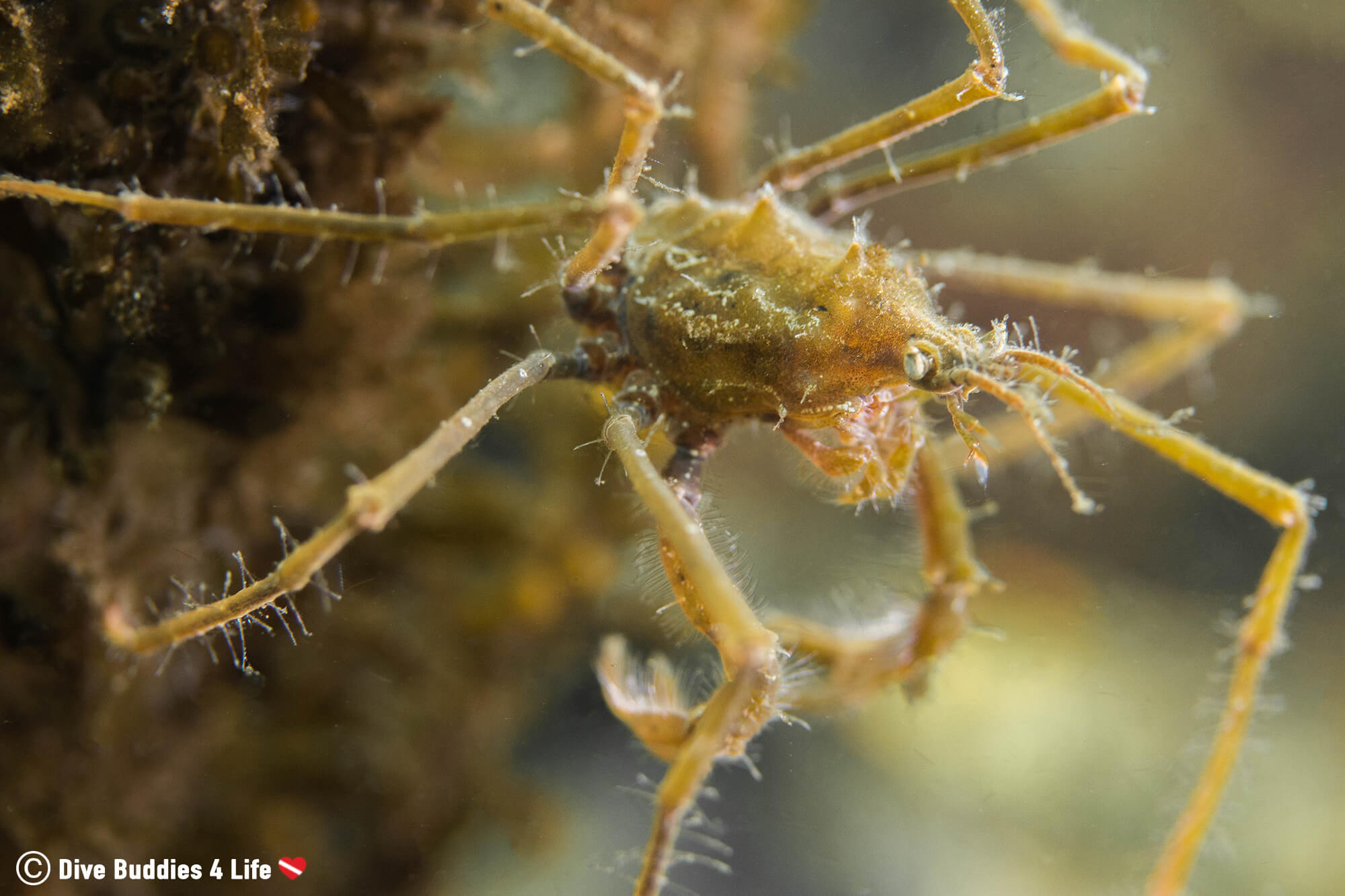 With Grevelingenmeer and Oosterschelde National Park in their backyard, Duikcentrum De Witte Boulevard a dive shop located in the small town of Renesse, was our choice of dive outfitters.

You know that feeling you get when you walk into a dive shop, and you can instantly feel that this shop is the one for you. That is precisely the way I felt when I walked into the storefront of Duikcentrum De Witte Boulevard.

The Zeeland dive shop is a family run business that has been on the map since 1996. When we called Duikcentrum De Witte Boulevard the day before, the front desk eagerly gave us all the information we could possibly want for scuba diving including prices, gear, and dive locations. They made sure we wanted for nothing on the diving front.

More than pleased with the service, we organized a dive for the following day with the shop owner, who was very enthusiastic about showing us the beauty of the Zeeuwse underwater world. 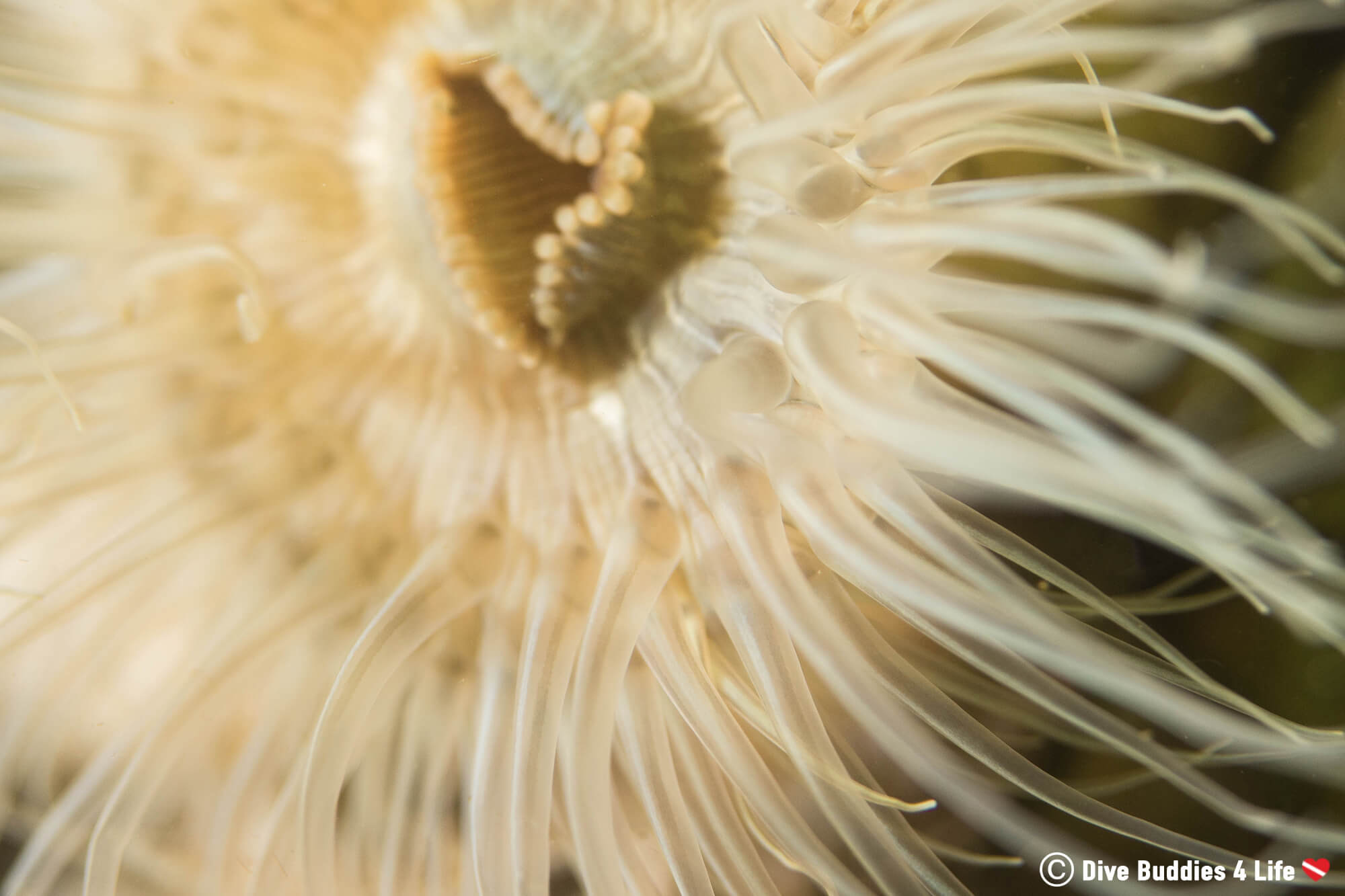 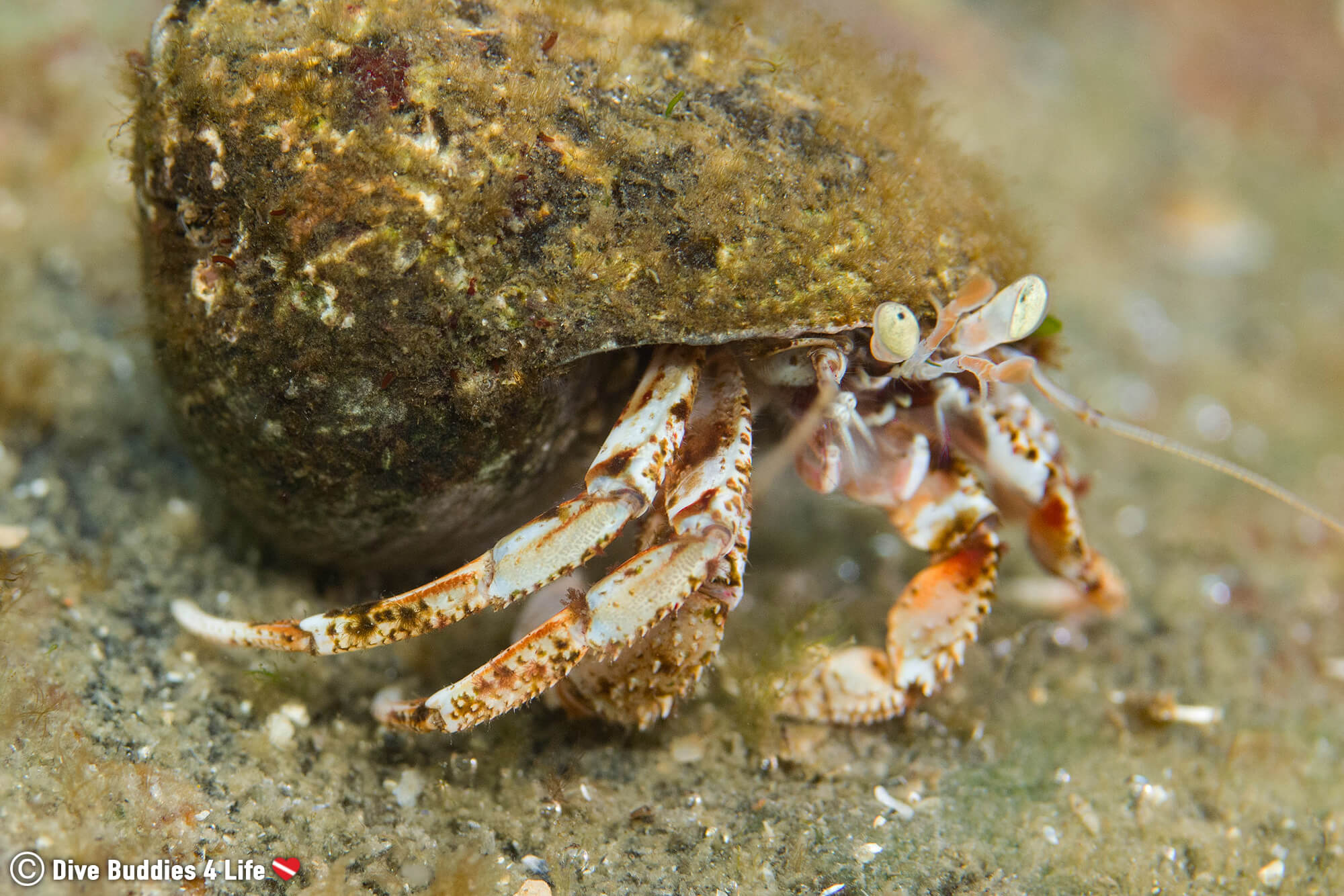 While several different dive sites can be explored in Zeeland, our dive day took us to Grevelingen Lake, the largest saltwater lake in Western Europe. Grevelingen is situated between the islands of Goeree-Overflakkee and Schouwen-Duiveland. The region was once open to the sea, but in 1971, the waterway was closed off as part of an engineering project designed to protect the southwestern part of the Netherlands from flooding.

As we pulled into the public parking lot, it was easy to tell we were close to a dive site. The lot was full of people hunched over in the back of their vehicles either suiting up or gearing down from a dive. 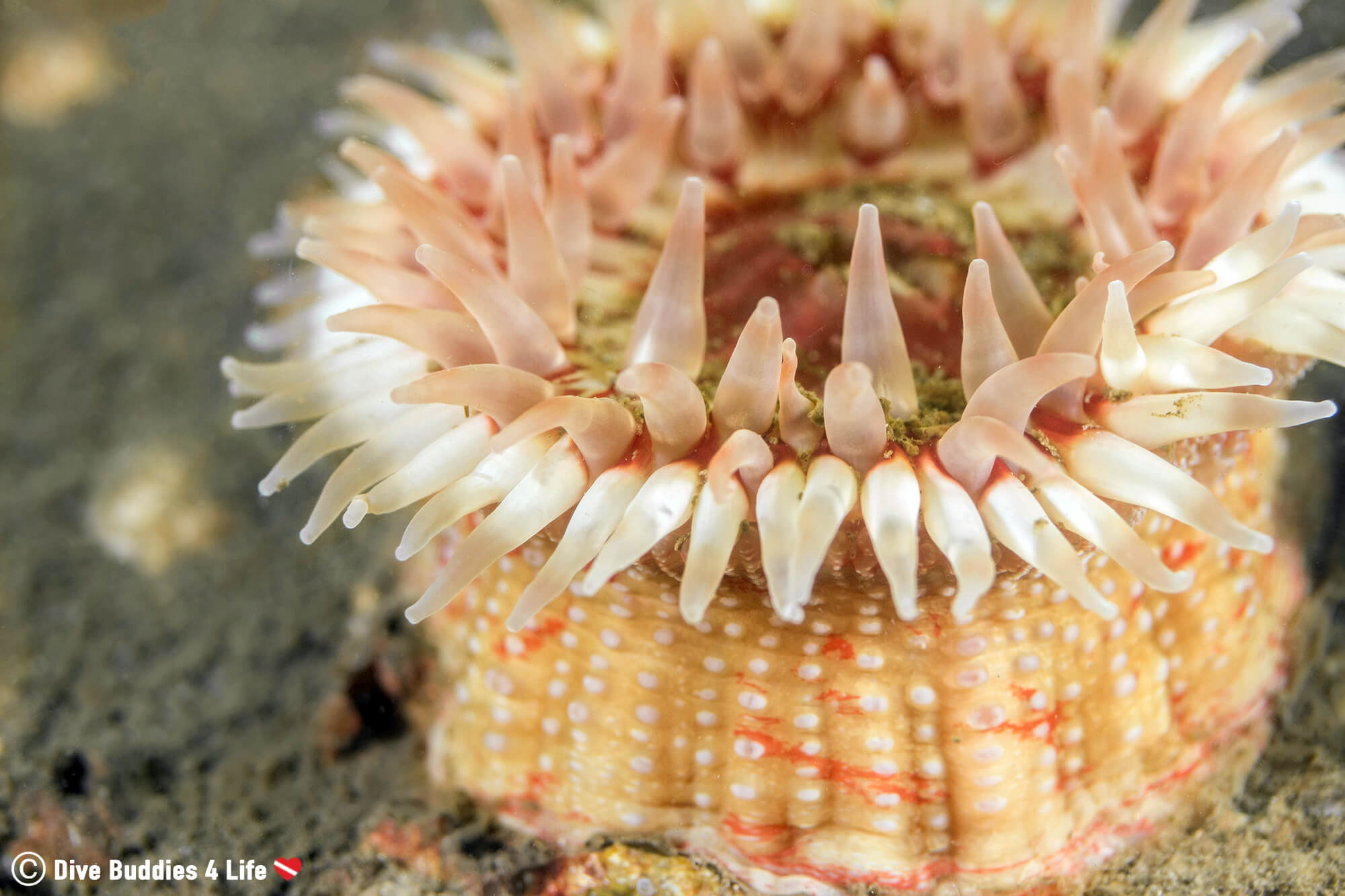 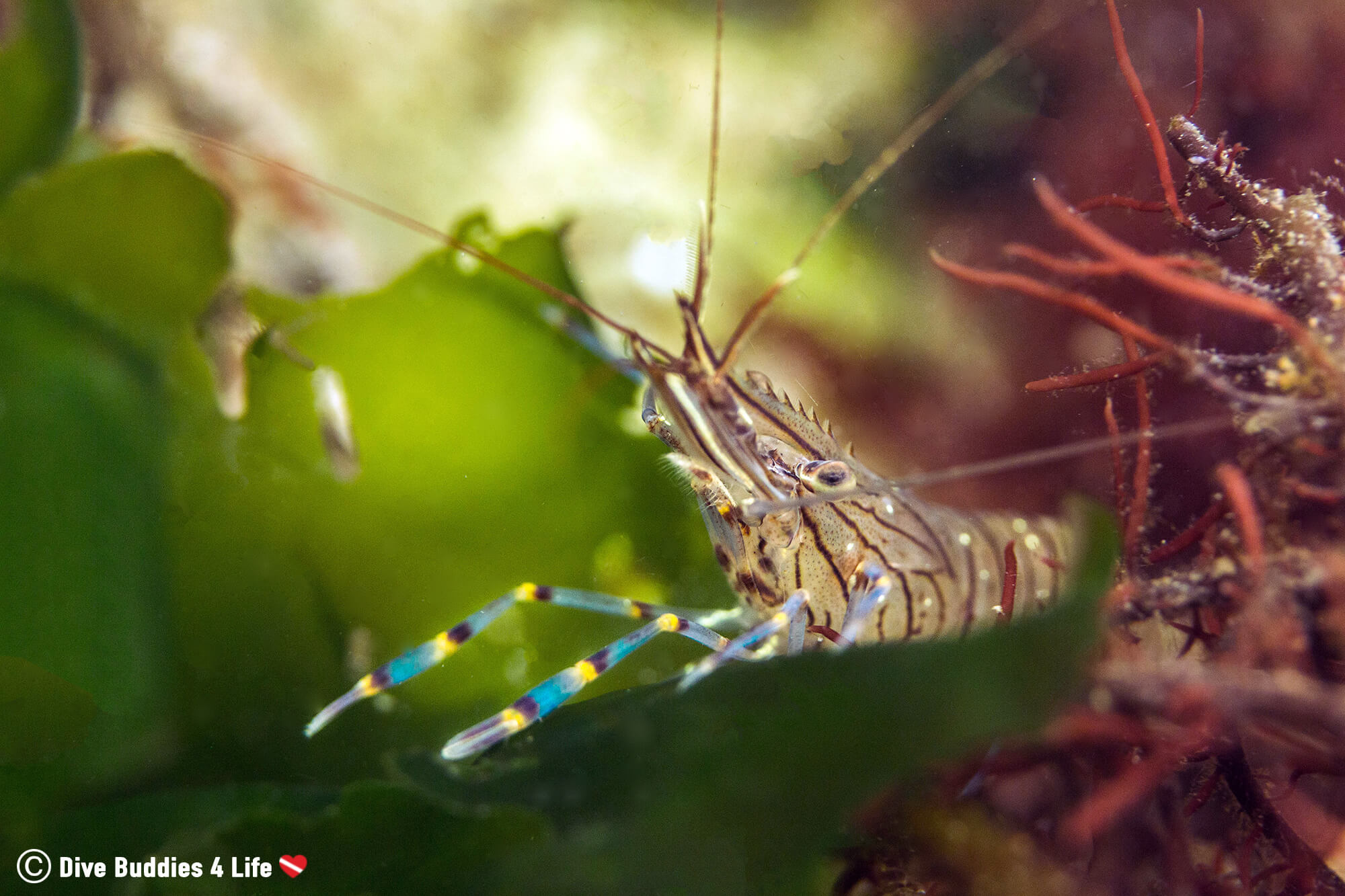 It didn’t take us long to prep for the dive. Wetsuits on and BCD’s assembled we waddled our way from the busy little parking lot to the dive site dock. I couldn’t help but chuckle as we climbed up and over a dike on our way to the water. How fitting to be diving in the Netherlands and having to clamber over a dike.

After descending some metal stairs running alongside a wooden pier, we put on the remainder of our equipment and floated out into the water. In spite of being in a lake, the bitter saltiness tickled my tongue as the divemaster gave the last instructions.

We dropped underwater as soon as it was deep enough to swim and right away ocean critters began to creep out at me. I was having a hard time wrapping my head around the fact that we were diving in a lake yet the water was salty.

Joey and I made our way through the oyster clogged shallows of Grevelingen. I’m not even joking when I say; the bottom was absolutely covered in invasive Japanese oysters – to the point that you could not put a finger down without cutting yourself on one of the sharp shells. It made for some neat little nooks and crannies for the benthic fauna to hideout and some pretty spectacular pictures. 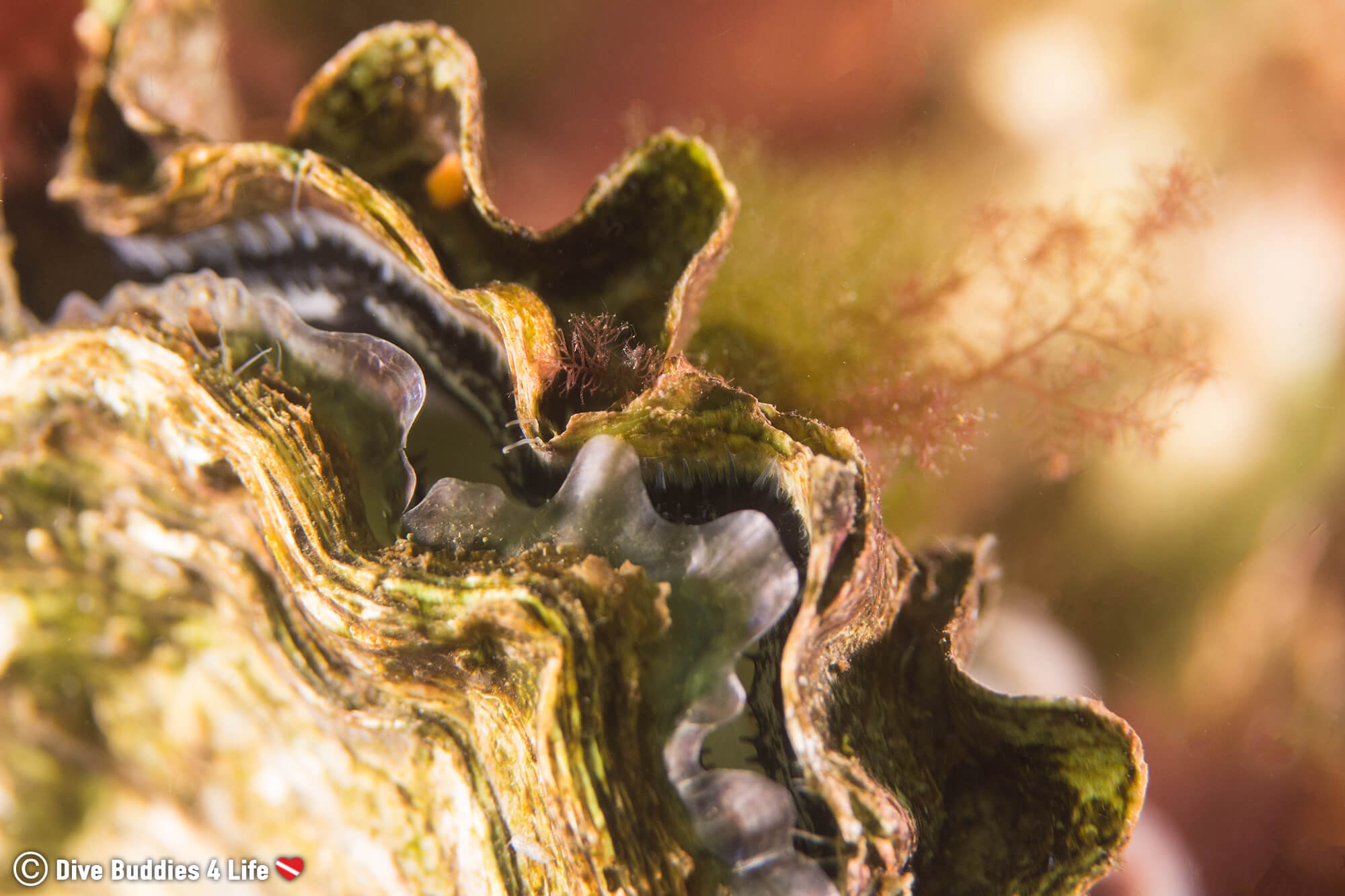 Though the visibility wasn’t all that great, swimming along at the foot of the dike, we enjoyed a carpet of plant and algal life peppered with all sorts of fish. We had plenty of time to get acquainted with gobies, shannies, cottids, rock gunnels, starfish, sea slugs, jellyfish, and shrimp. 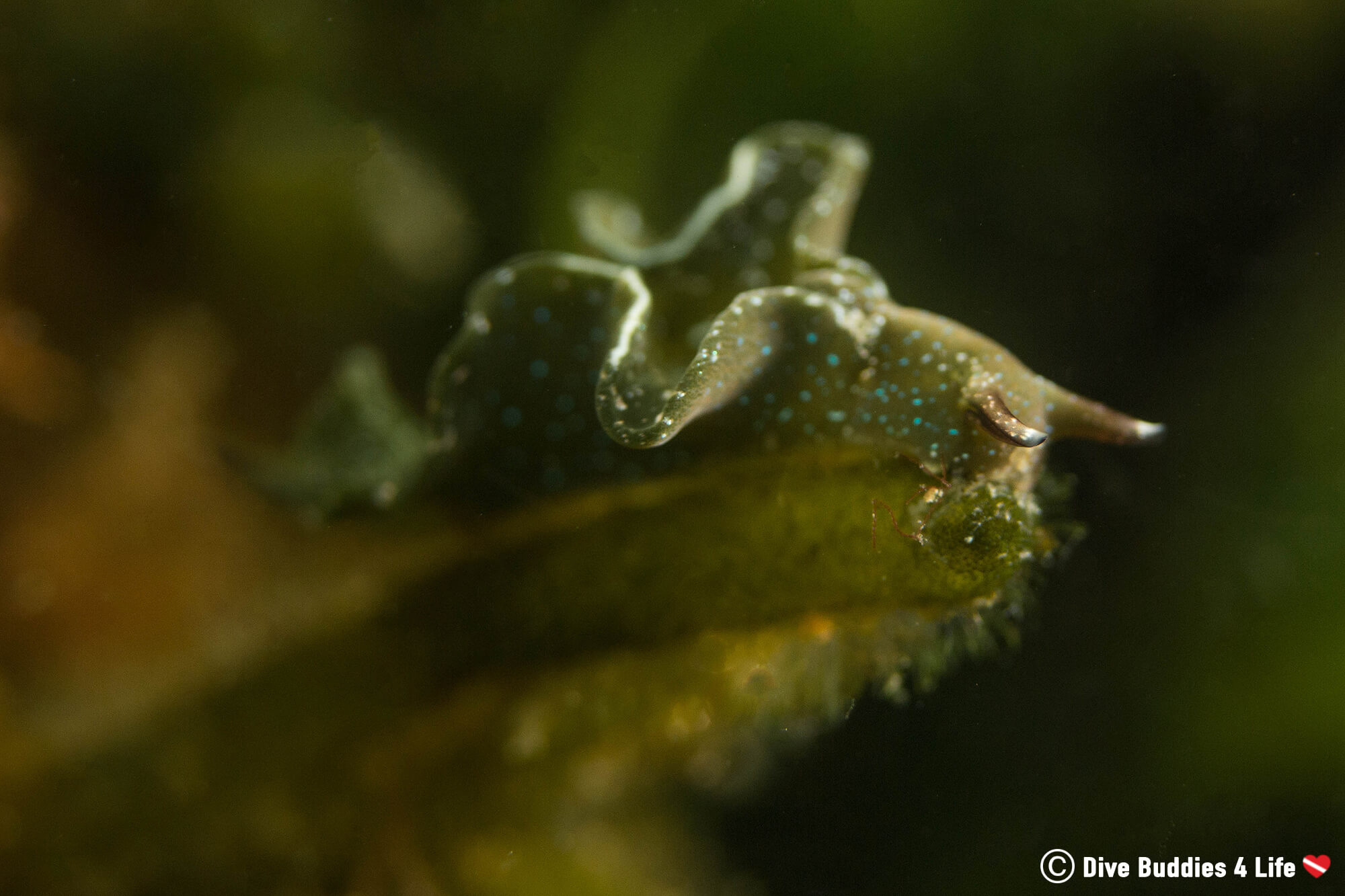 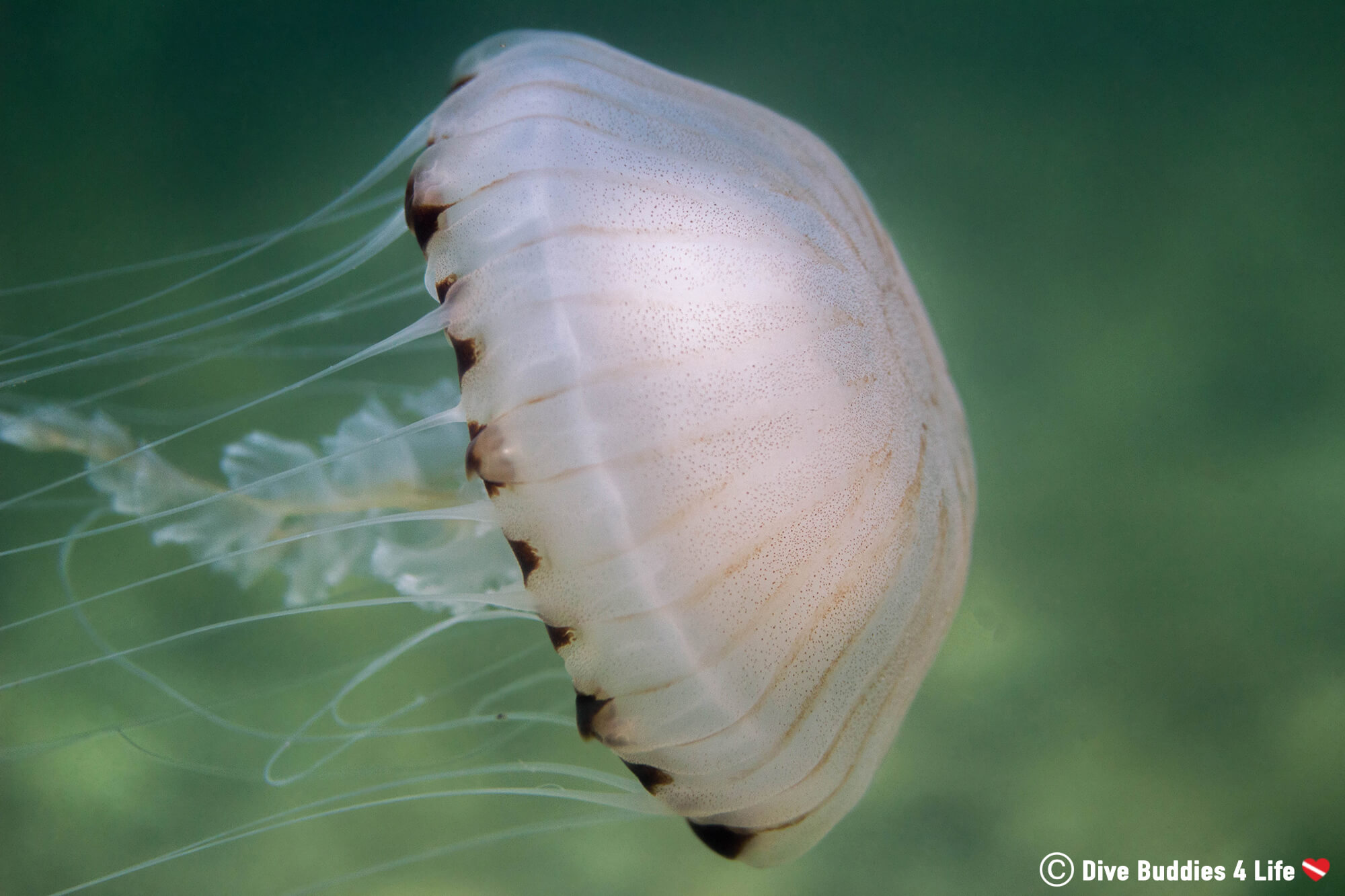 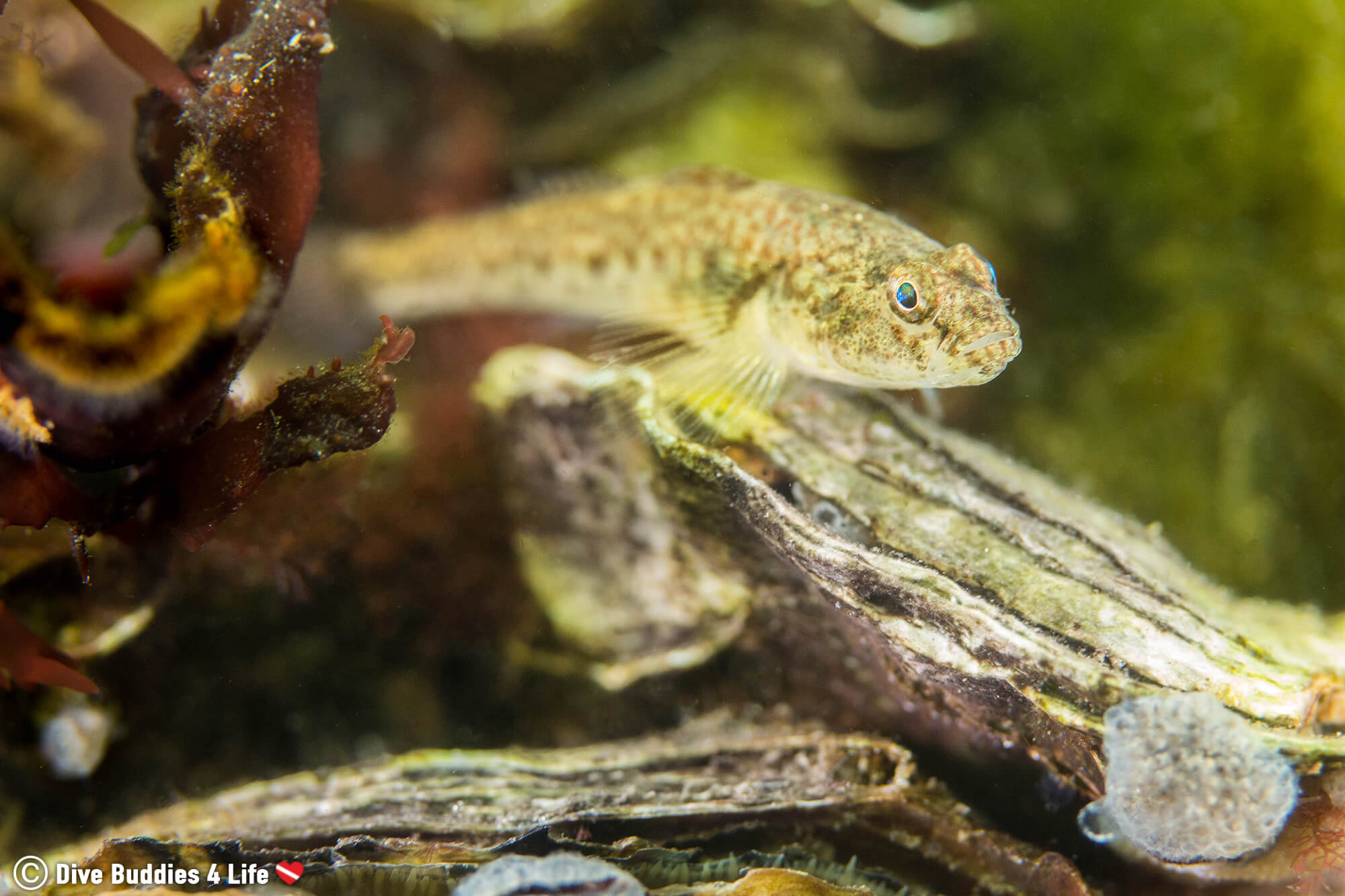 Following the theme of all things small, I even spotted not one but two different species of pipefish – a real treat for a syngnathid lover like me. The Broadnosed pipefish (Syngnathus typhle) was an exquisite yellow/gold coloration and hovering in some short seagrass. The Greater pipefish (Syngnathus acus) which I saw much later in the dive was mottled with red, black and whites and was significantly bigger than the Broadnosed. I could have stayed, watched and drooled over the pipefish till our tanks ran out, but after a very patient waiting period, our divemaster eventually nudged us onward. 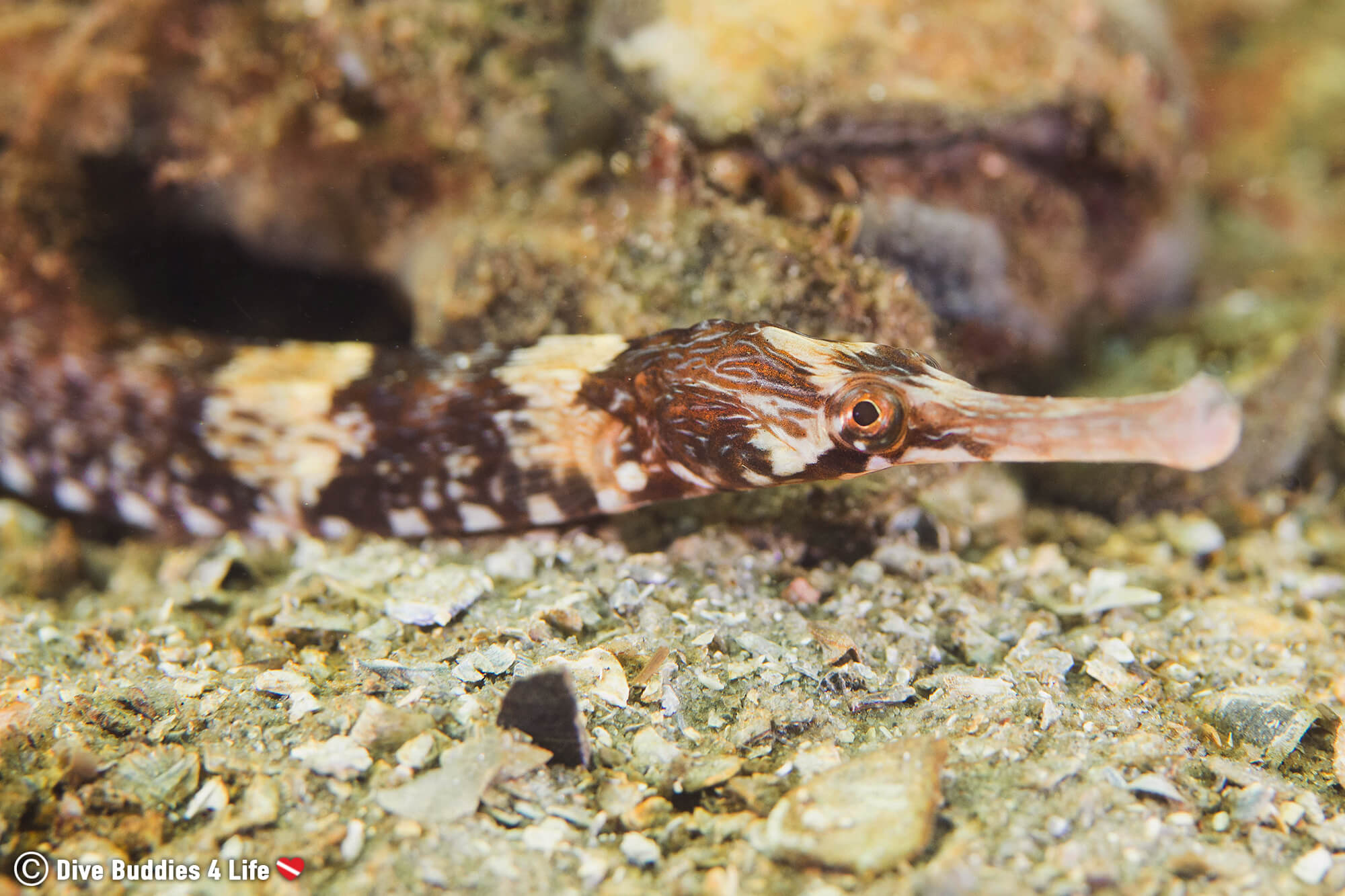 We ended the dive passing through a jambalaya of kelp. Even though Joey was barely kicking his fins, he somehow seemed to create clouds of kelp bouncing into the water column. Swimming behind him, I had the perfect opportunity to hunt out some harder to find more reclusive creatures. My favorite finds Aplysia punctata, translucent green nudibranchs hiding on the plant life. Their bodies were so similar to the kelp leaves; it was a challenge to distinguish between the two. 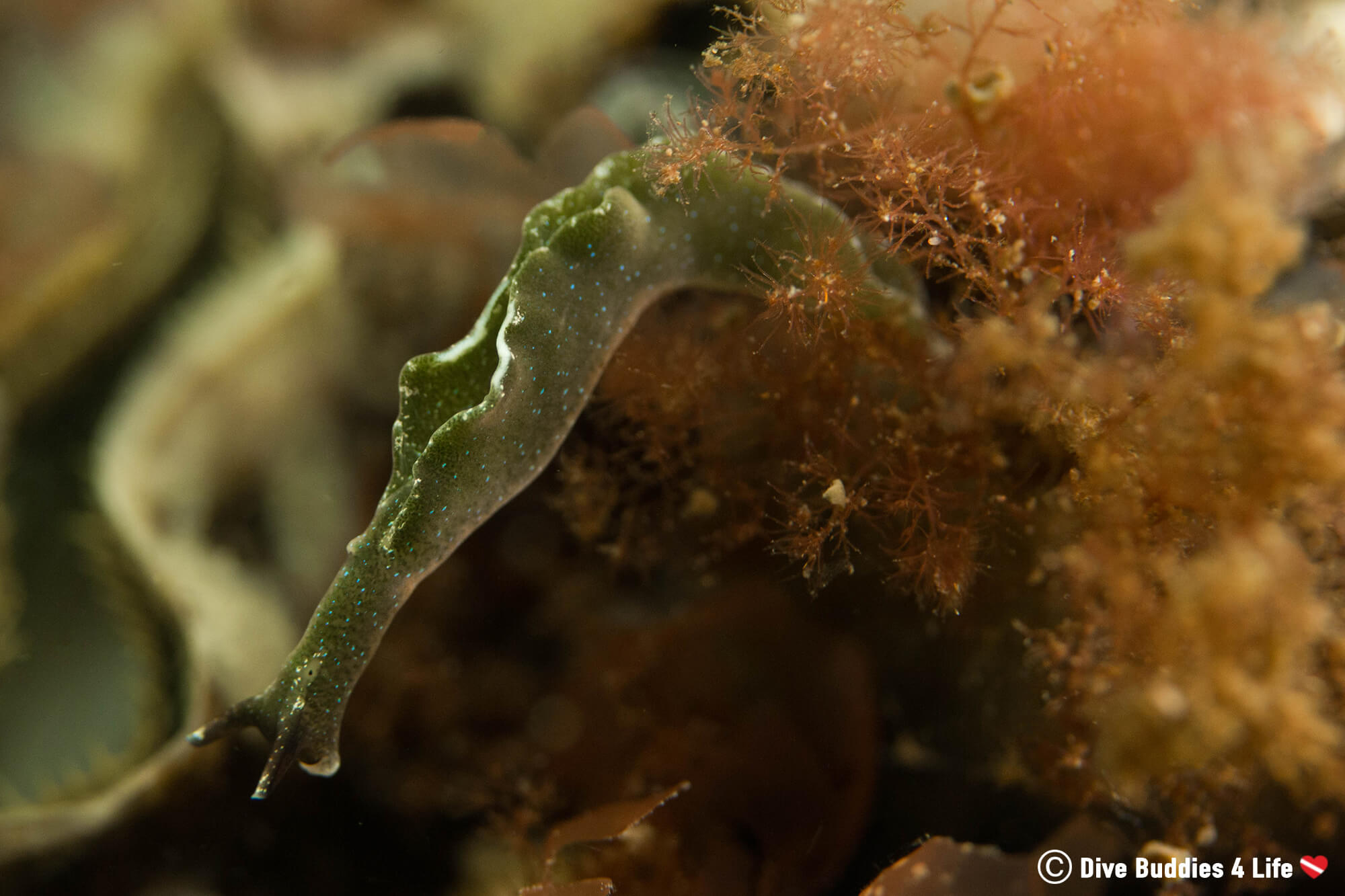 Diving the Netherland was a Pleasant Surprise

As low as my expectations had been for diving in the Netherlands, this dive definitely blew me away. There was life and movement everywhere. You could feel the energy in the water. While most people think of coral reefs and tropical waters when it comes to a scuba vacation, our underwater adventure in the Netherlands is living proof that great scuba diving can happen even when you’re far from the equator. 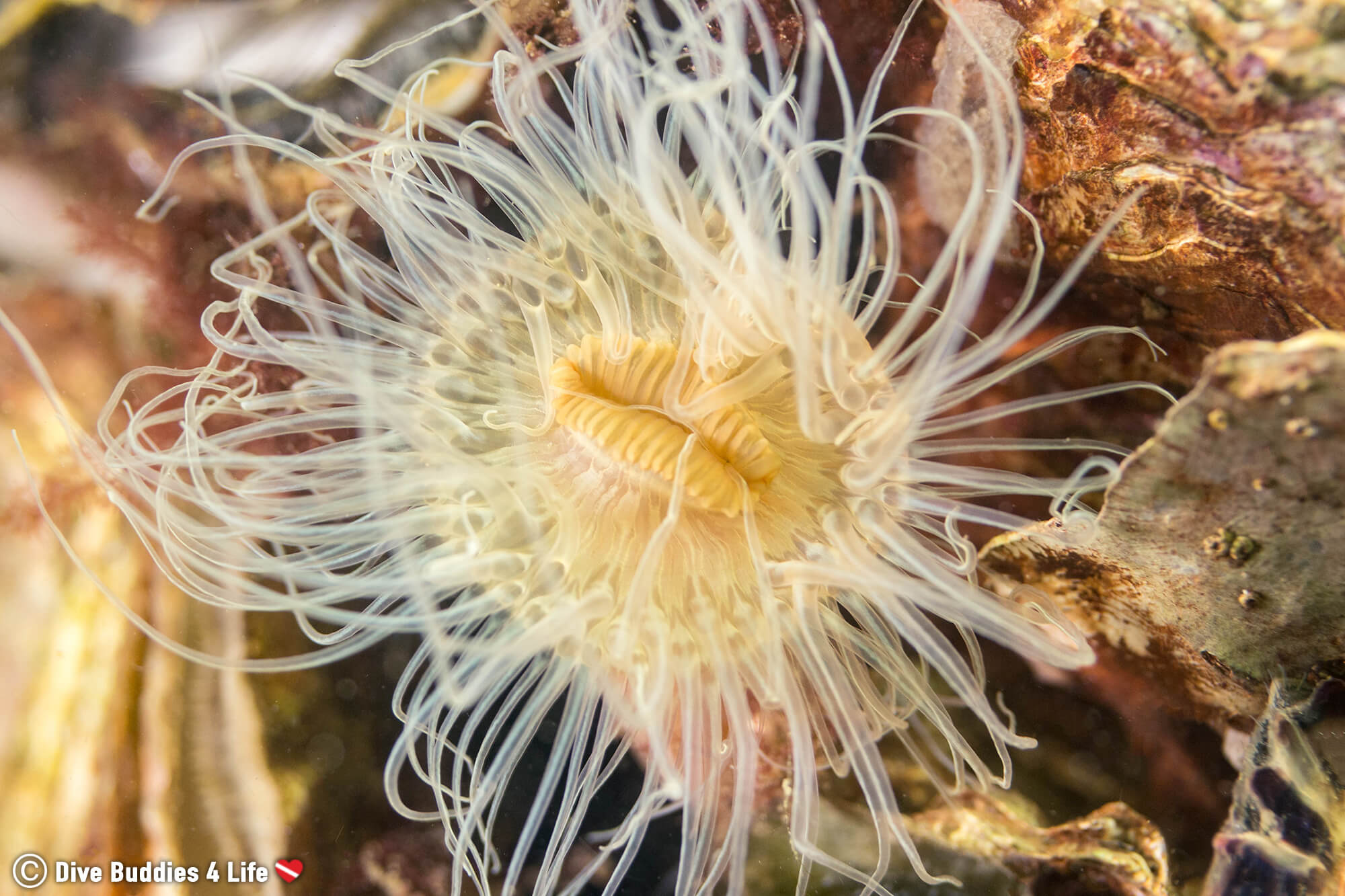 Have you ever gone diving at a site expecting mediocre wildlife sightings and below average visibility, but had your mind completely blown away? Let us know the country and location, we’d love to try it out! 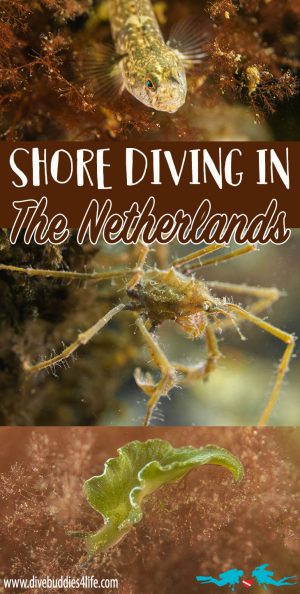 Made a wish upon a sea star and guess what, it wor