The best diving in Europe. Unmatched in Spain. That was just some of the hope-lifting praise I’d read and heard for the dive sites in the Canary Islands.

So you can imagine how pumped we were to be spending a few weeks in Europe’s sunny south! 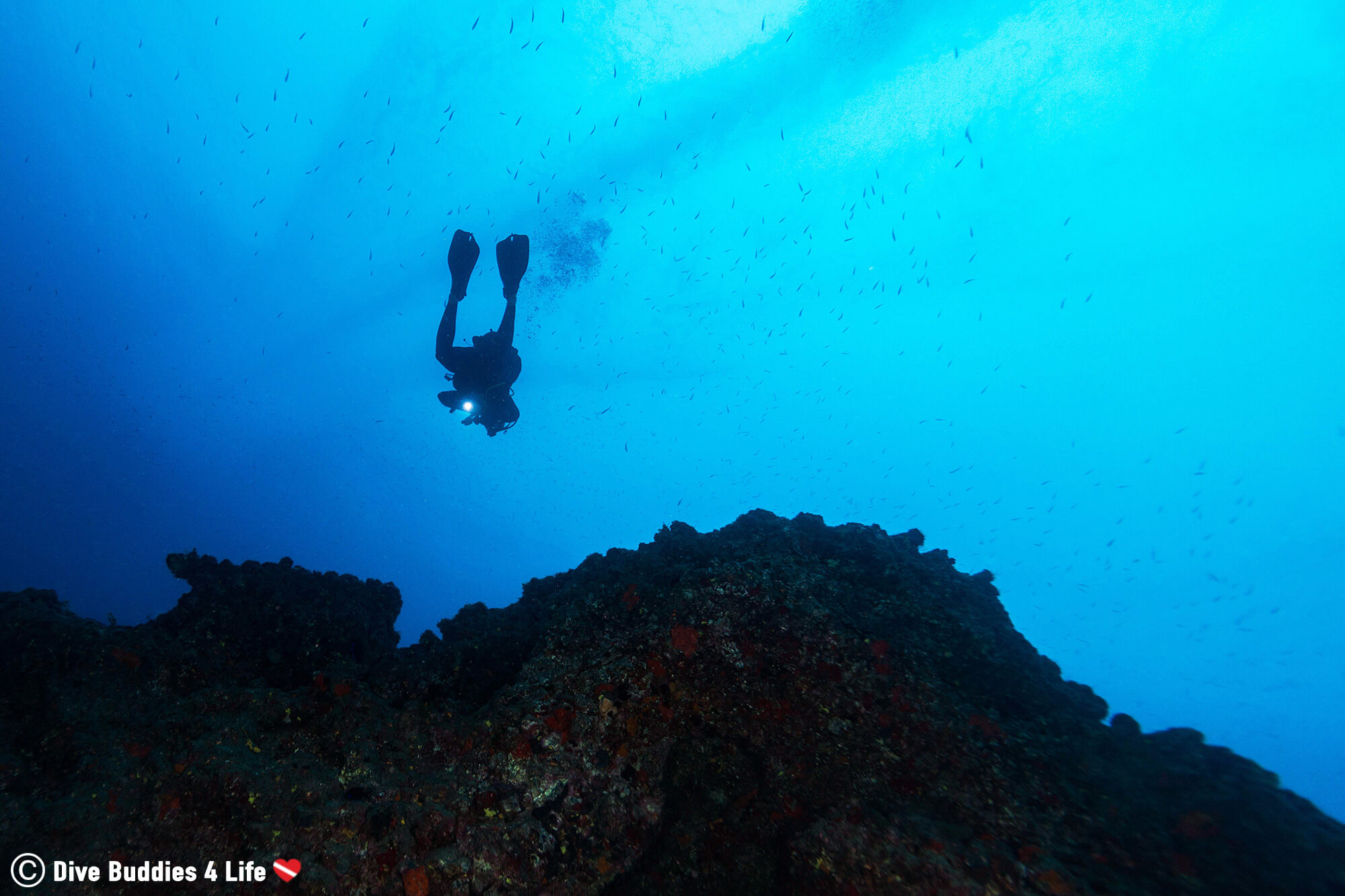 Locating Lanzarote and the Canary Islands

The Canary Islands are Spanish archipelagos just 100 kilometers (62 miles) off the coast of Morocco, once considered the bridge between four continents; Africa, Europe, North and South America.

The archipelagos are made up of seven main islands – Tenerife, Fuerteventura, Gran Canaria, Lanzarote, La Palma, La Gomera and El Hierro; and four islets – Alegranza, La Graciosa, Lobos and Montaña Clara. Of the seven islands, Tenerife, is the largest and most populous island.

All the Canary Island are volcanic in origin, and some of the islands still have active volcanoes. This archipelago is the perfect example of an oceanic hot spot above a slow-moving, thick oceanic plate created millions of years ago.

Where climate is concerned, this island chain has subtropical weather of long hot summers and moderately warm winters. Because of the Canaries geographical position with relation to the north-easterly trade winds – the island climate can either be mild and wet or very dry.

Lanzarote is the fourth largest island of the Canaries, located at the north-easternmost part of the archipelagos. Thanks to its proximity to the African mainland, Lanzarote is known for its dry arid climate, striking desert landscape, and prickly cacti that seem to grow everywhere. 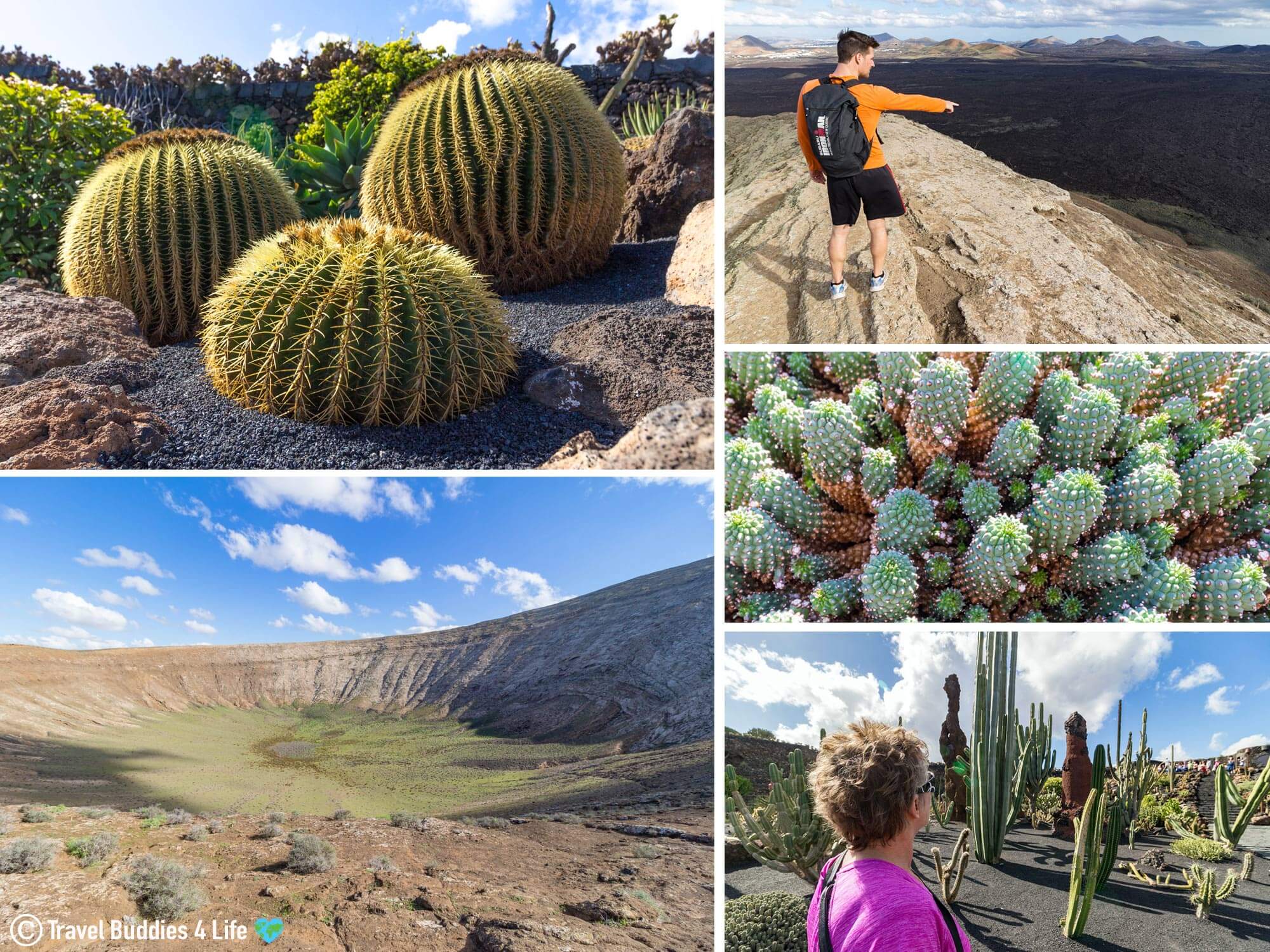 The Canary Islands are a major tourist destination, attracting over 12 million visitors per year. And of the many traveled islands, there is no better place to relax and recharge than on the sun-soaked island of Lanzarote.

But looking beyond the package holidays and artwork of the famous Cesar Manrique, this vastly different vacation spot will steal your heart with its natural landscapes and immaculate water – which just so happens to be everywhere. I mean, we’re on an island after all!

The ocean that surrounds Lanzarote is turquoise blue and perfectly clear. Almost like being in the Caribbean only more than a continent away. And it’s thanks to the blue water and near perfect visibility that Lanzarote is a true paradise for divers.

When it comes to scuba diving you won’t be spoiled for choice. Lanzarote has everything your heart could desire. From wrecks and caves to lava reefs and large fauna, the underwater scene is as unique as the island. 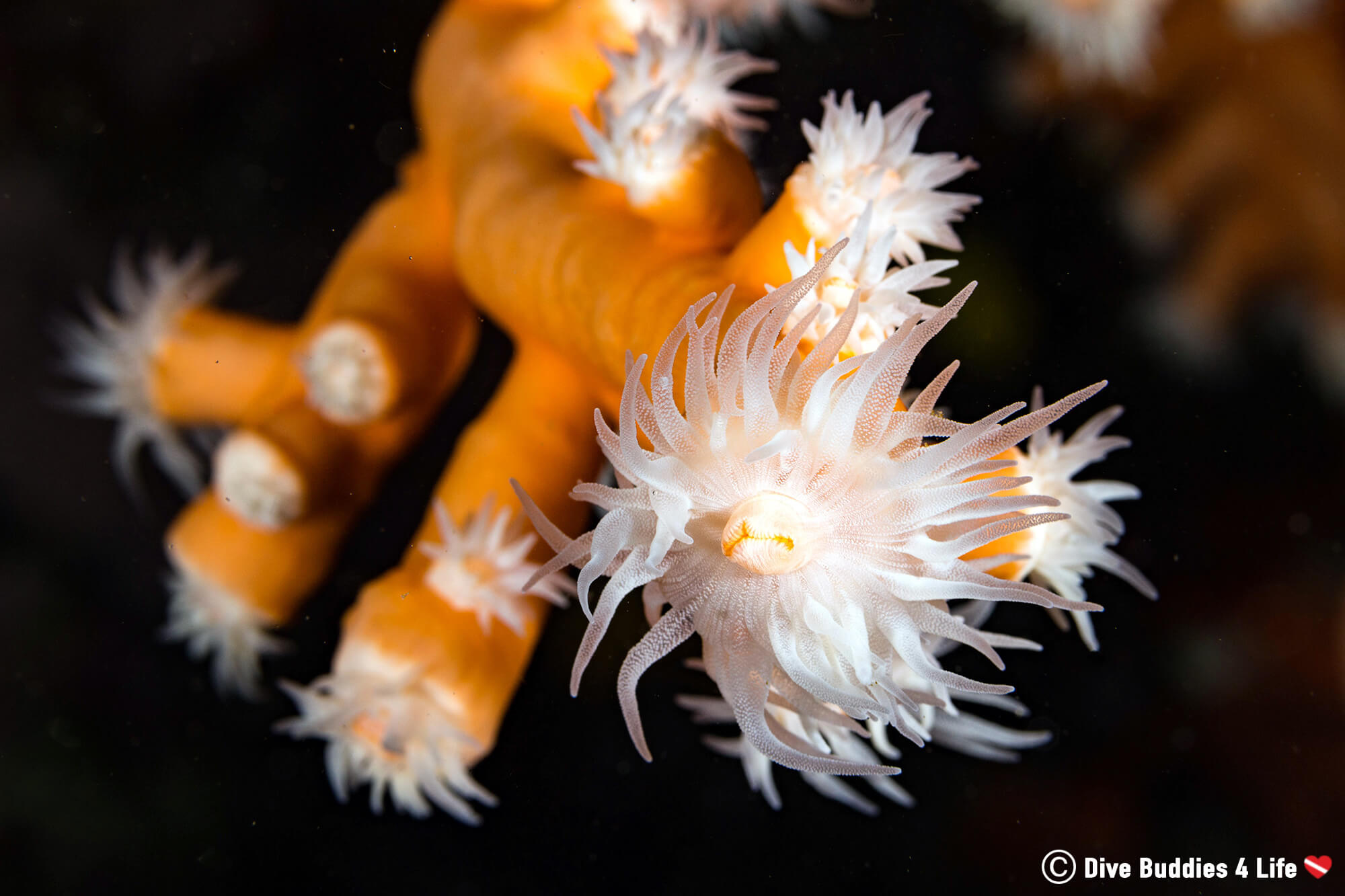 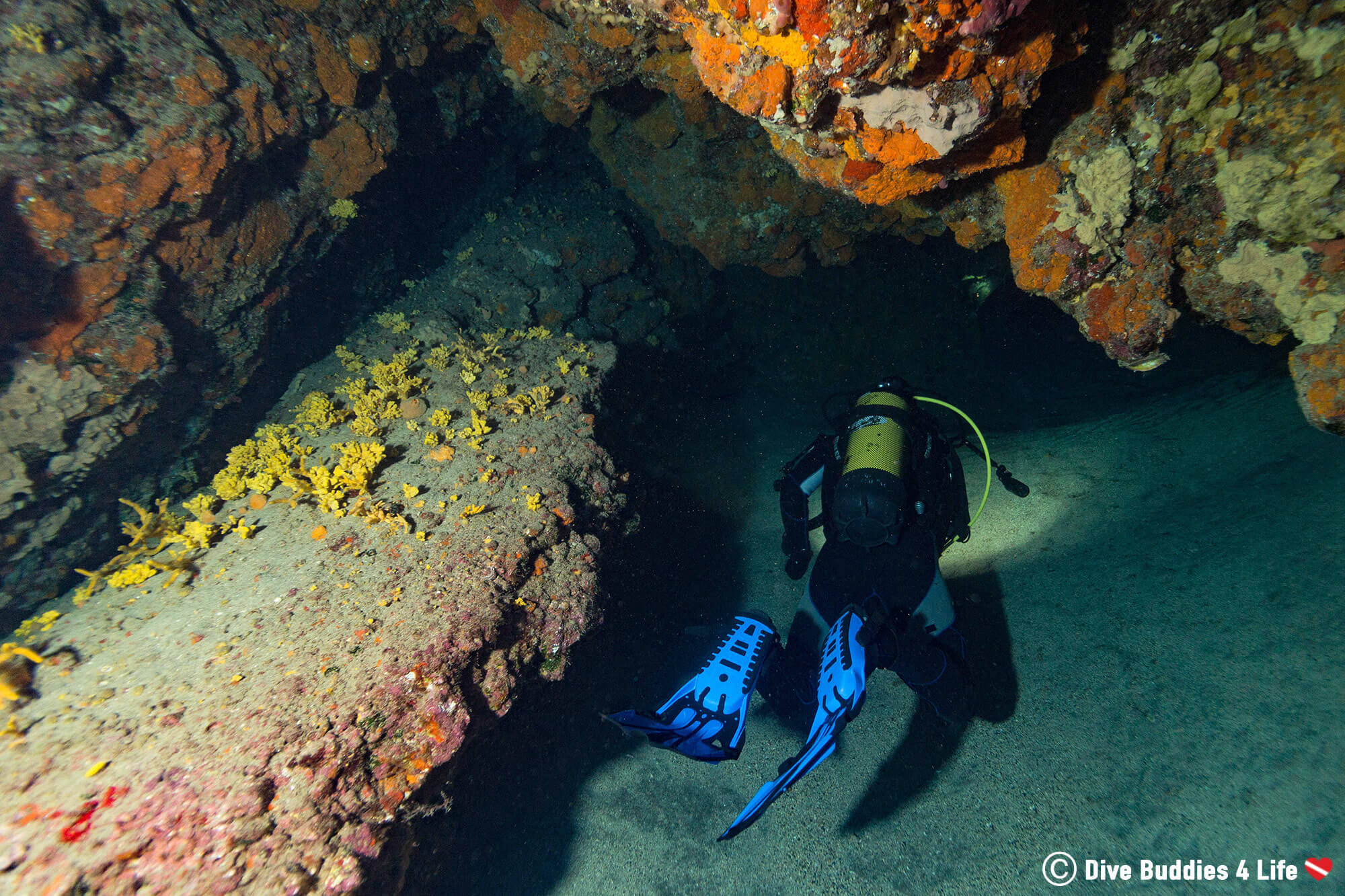 One thing that most divers don’t realize when they vacation to Lanzarote, is that this island is first and foremost a shore diving location. In fact, approximately 90% of the diving you will do on Lanzarote can be done from shore.

To the north the underwater landscape is made up lava reefs and rocky landscapes, perfect for critter spotting in every nook and cranny of the walls. 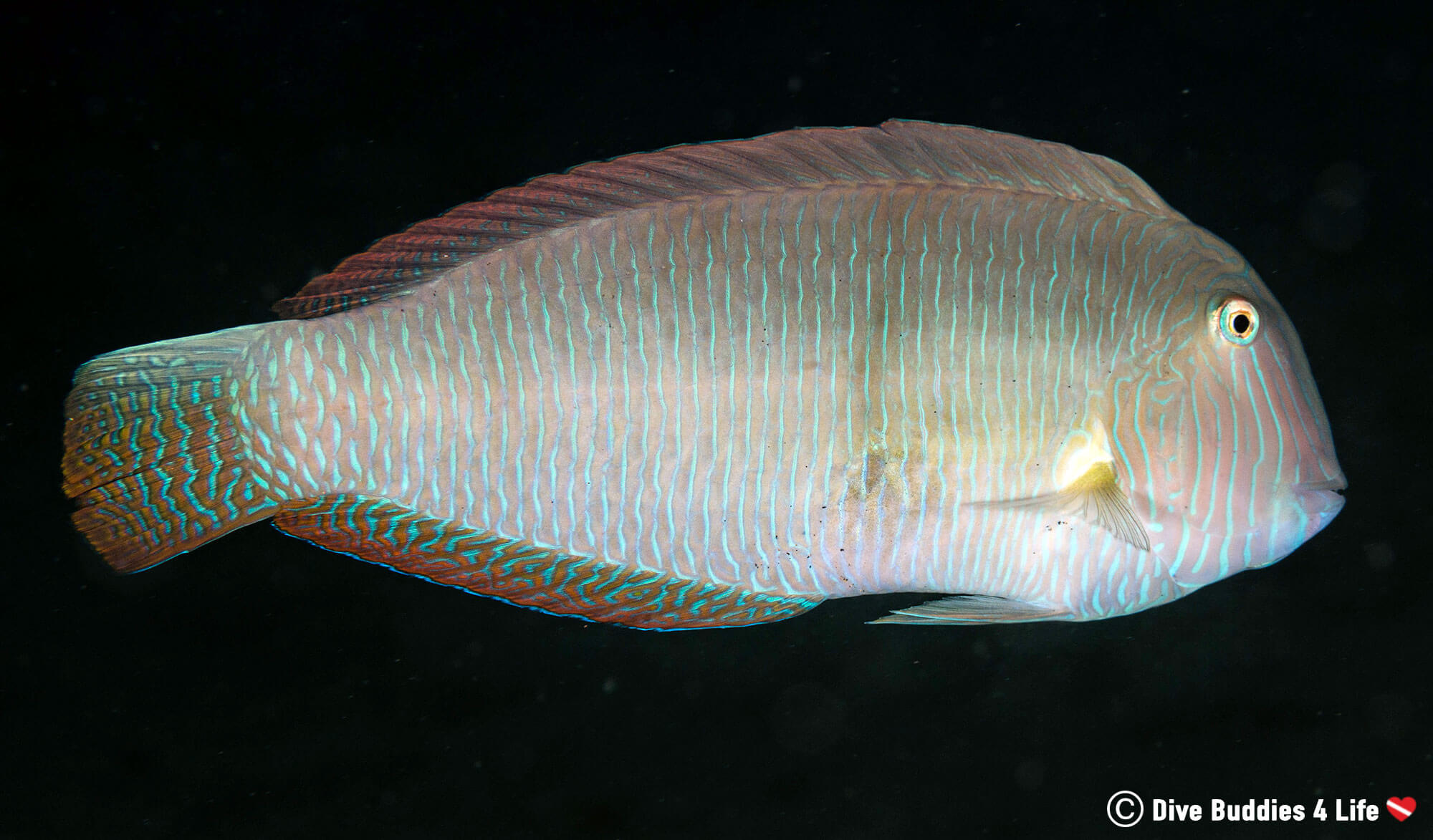 To the south divers will find sandy beds with smaller less dramatic lava reefs, with the real highlight of this dive being the per chance encounters with stingrays or the critically endangered angel shark. 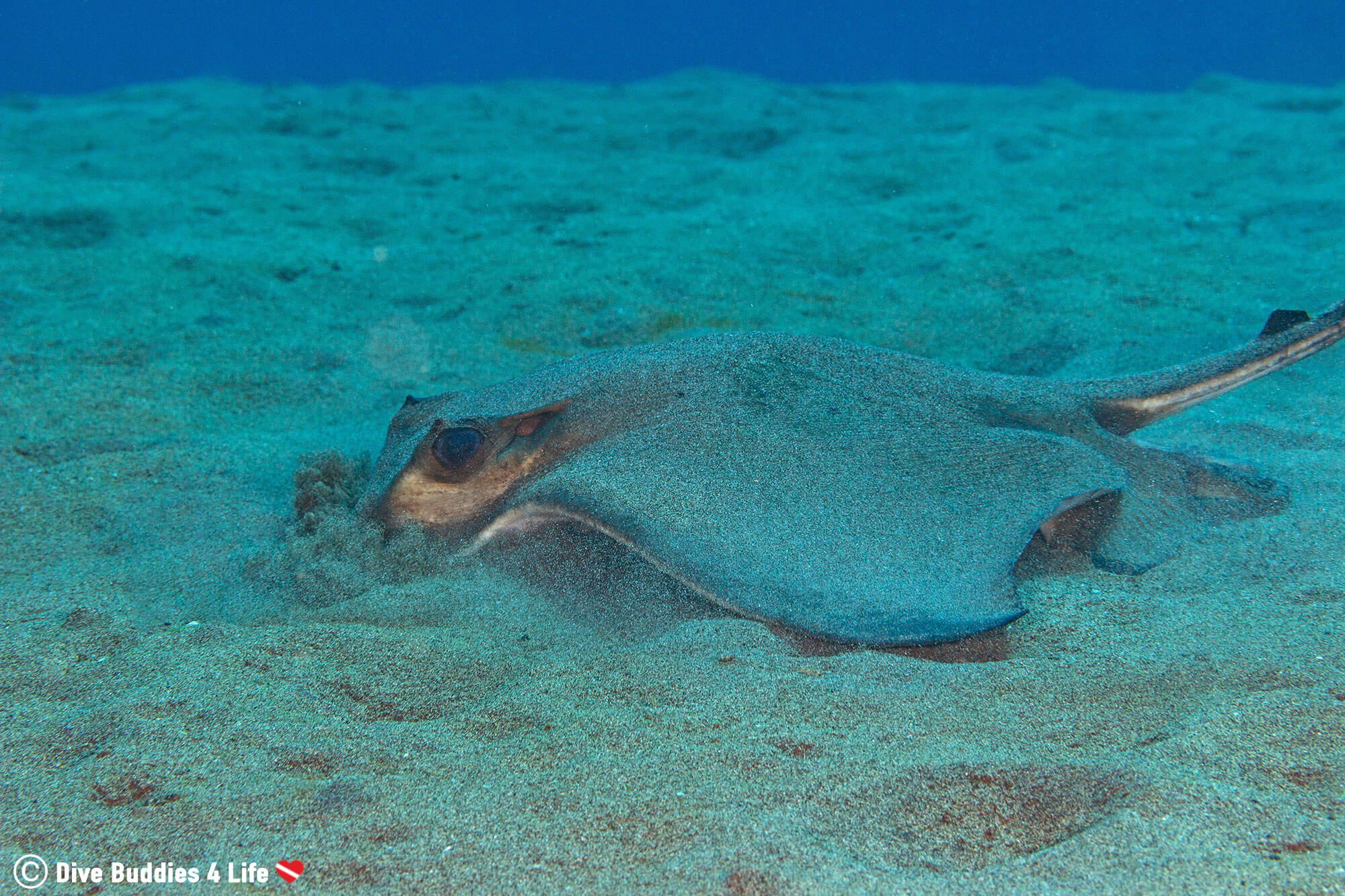 But a the end of the day, whether you choose to diving in the north or south, the swarms of animals and charcoal black lava walls jetting out from the abyss are more than good – it’s positively dazzling.

As much as Lanzarote dive sites can for the most part be accessed from land, for those who prefer boat diving, there are also plenty of opportunities to put your sea legs to the test.

Descend into paradise from the side of a dive boat as you explore the sensational vizibility slightly further from the coastline. Via boat divers can access the famous Museo Atlántico an underwater museum at the southern point of the island or several beautiful shipwrecks (all in one dive) in Puerto del Carmen. 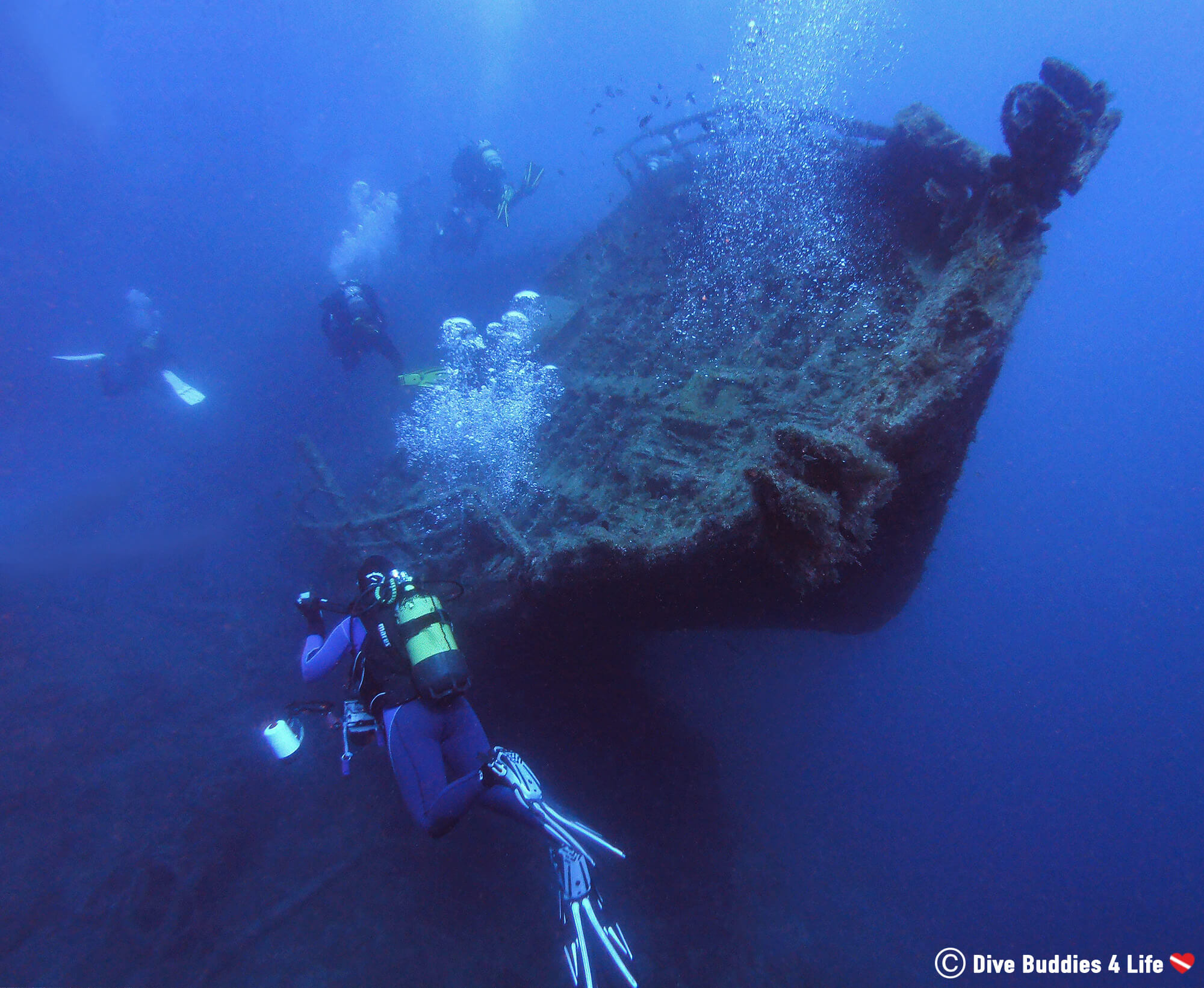 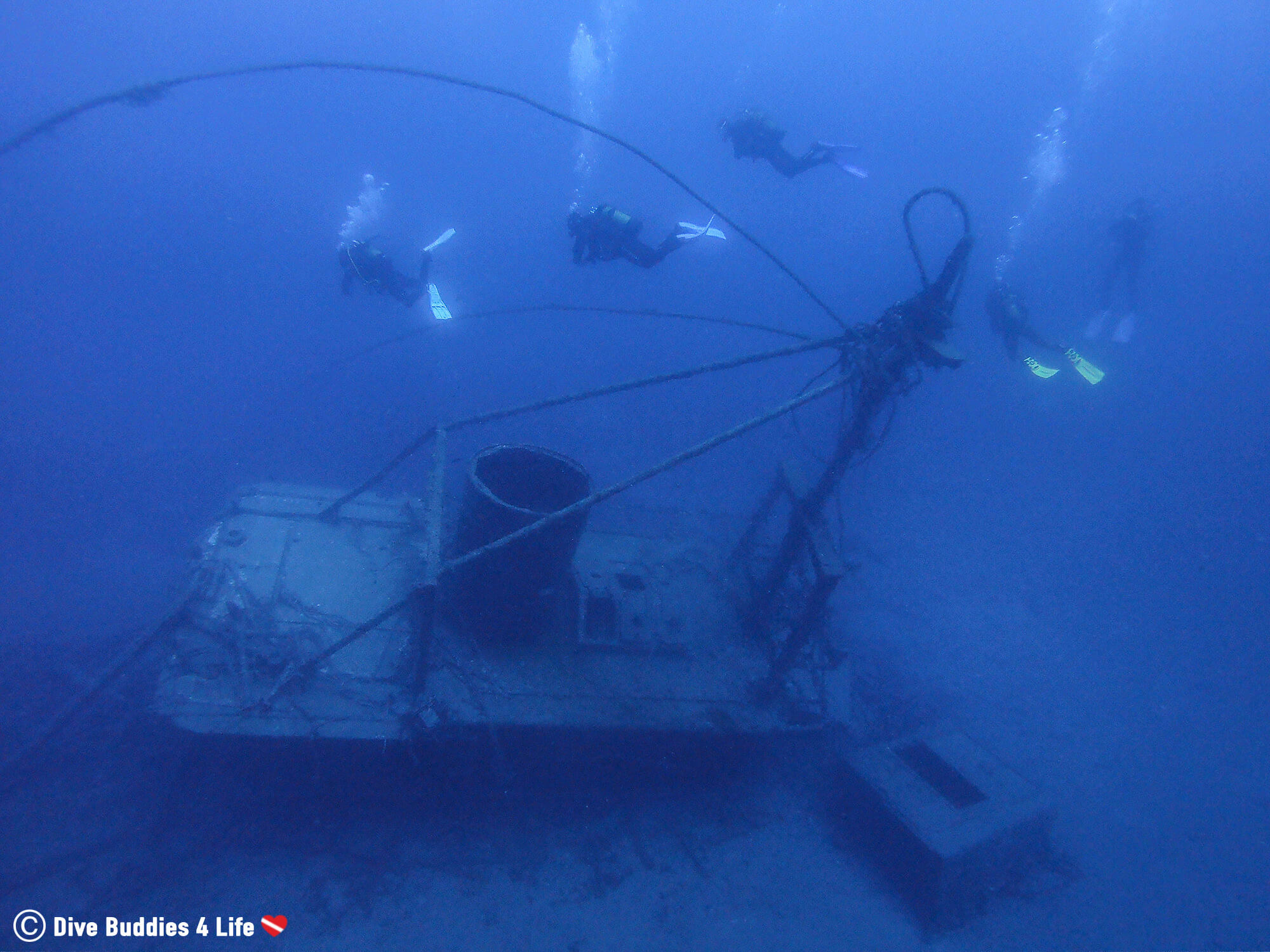 The underwater museum in Playa Blanca is a must-see for any diver visiting Lanzarote.

The museum has been open since 2016 and displays impressive sculptures by artist Jason deCaires Taylor aimed at raising awareness with regards to society and our marine habitat.

At a depth of 15 meters (49 feet), this dive site is well suited for all levels of diver, and provides a different and interesting way to enjoy underwater artwork one fin kick at a time. 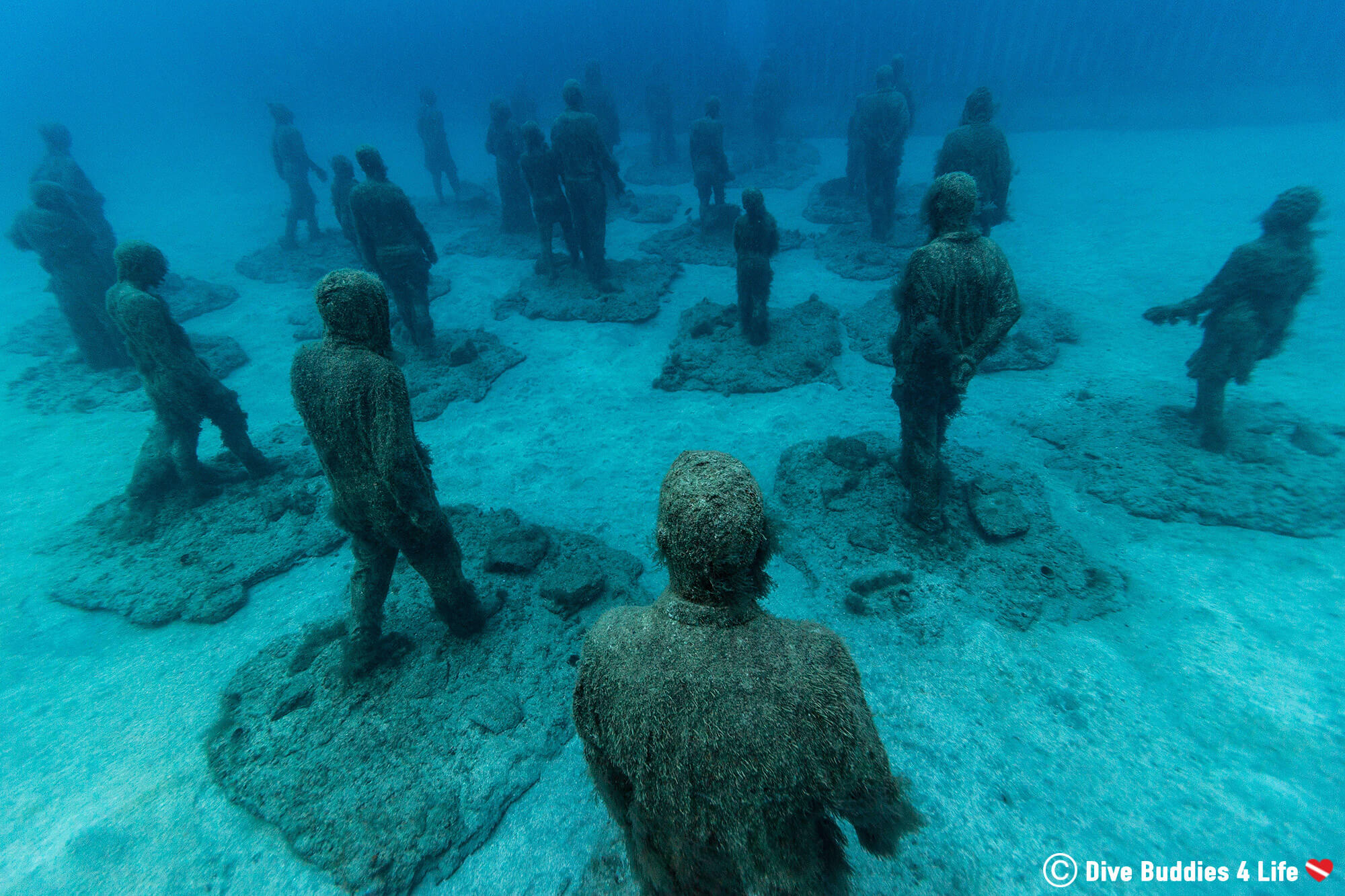 Angel sharks are dorsoventrally flattened animals with enlarged pectoral fins making them look more like a ray than a shark. They can measure up to 2.4 meters (7.9 feet) long and are typically found in deep water buried or resting on sandy or muddy bottom waiting to ambush prey. 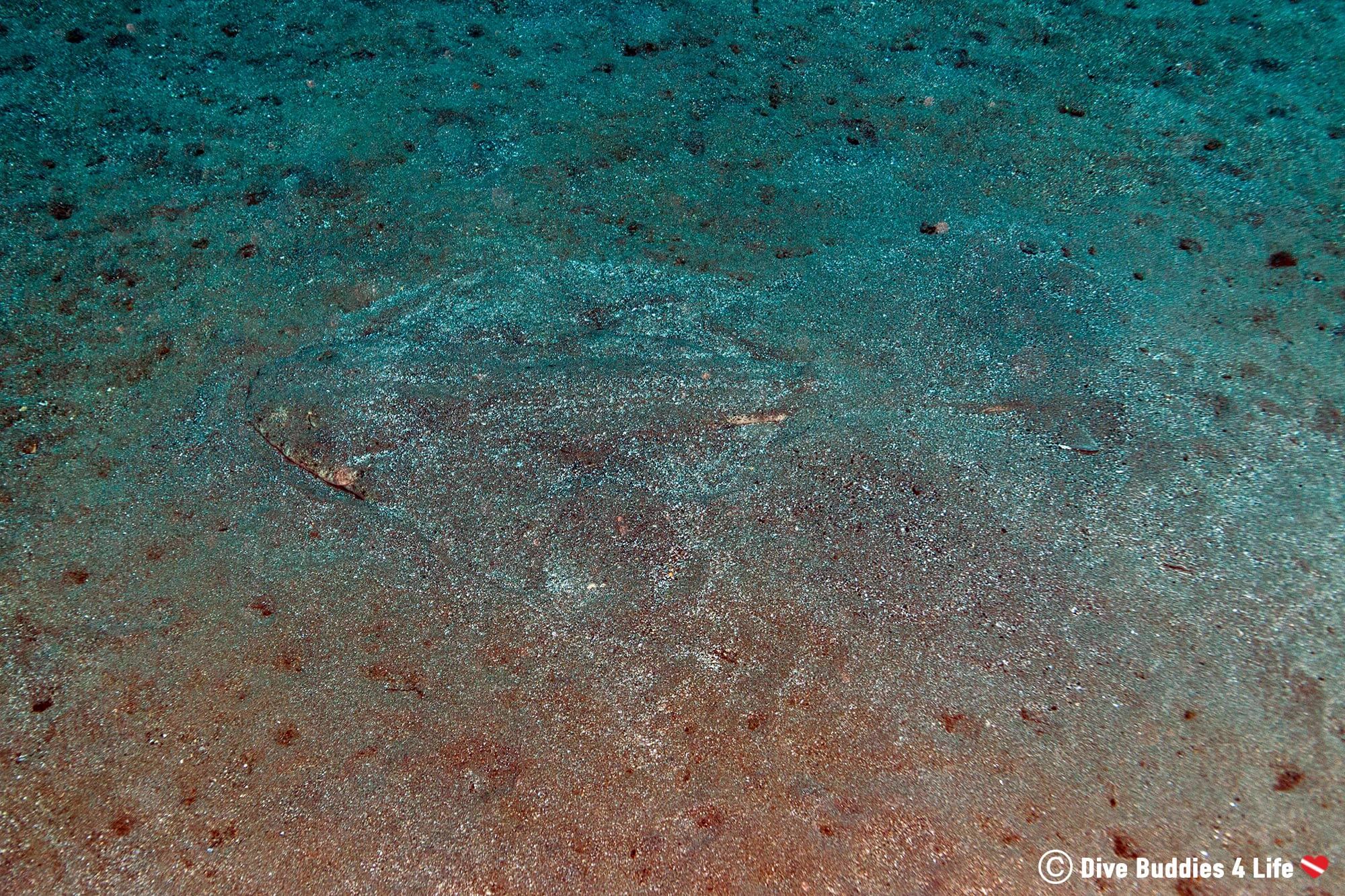 These sharks were once widespread throughout the Northeast Atlantic, Mediterranean and Black sea. Unfortunately, because of target fishing and incidental bycatch, the population has suffered a steep decline. Today the angel shark family is assessed as the second most threatened of all the world’s sharks and rays. 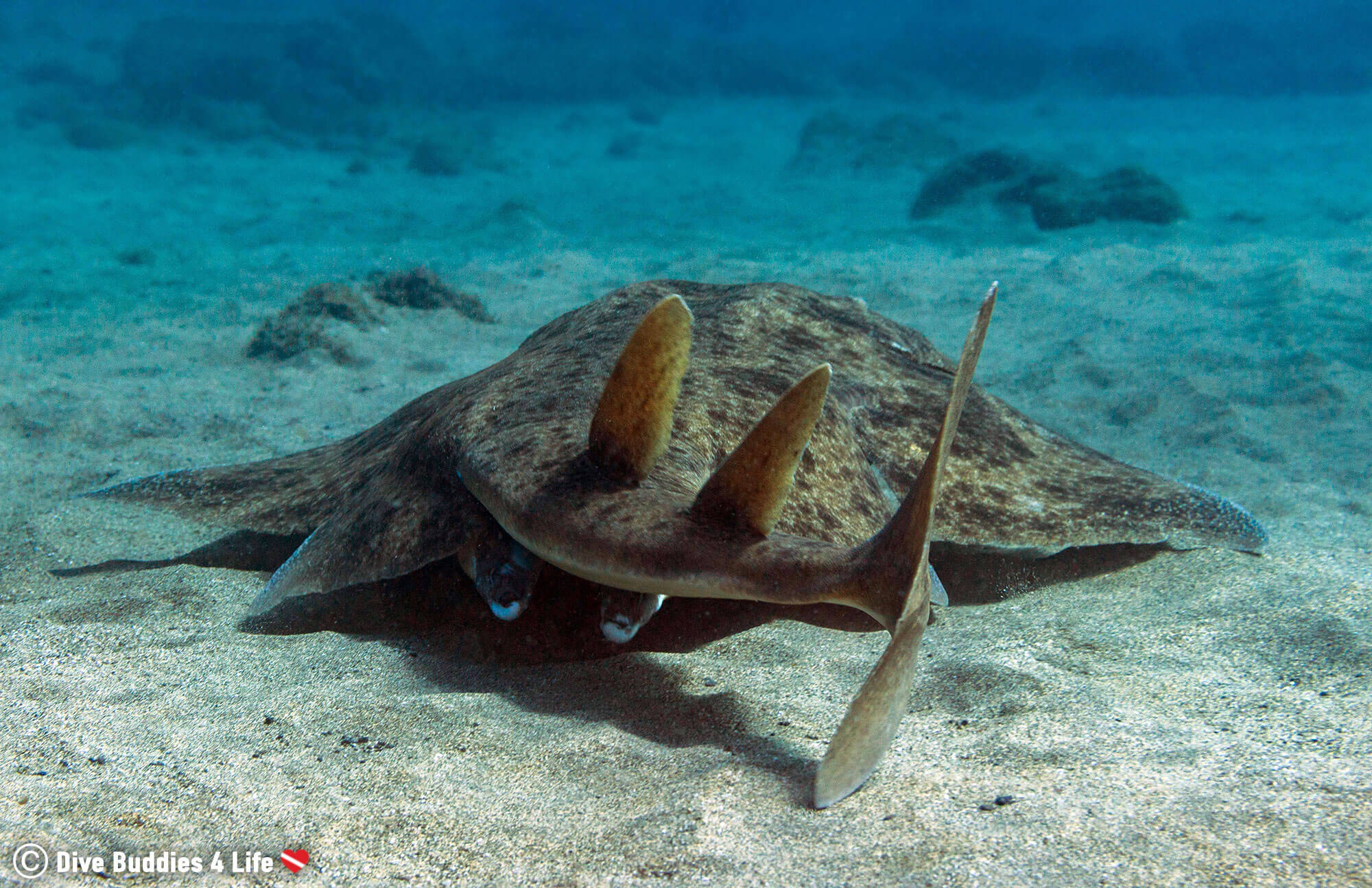 Though information on the Smoothback Angel shark and Sawback Angel shark is severely lacking, what is known is that the Canary Islands are the only place in the world where the critically endangered Angel Shark (Squatina squatina) can be regularly found. But even the Canaries they are under threat.

On Lanzarote, December through to March, is the best time to catch a glimpse of adult Angel sharks whereas in the summer, July to September, is prime time for juveniles.

Warm water, zero to mild current, steller visibility? This place delivers. Diving on Lanzarote is just as perfect as it sounds.

Spain is quite possibly the most diverse diving destination in all of Europe. 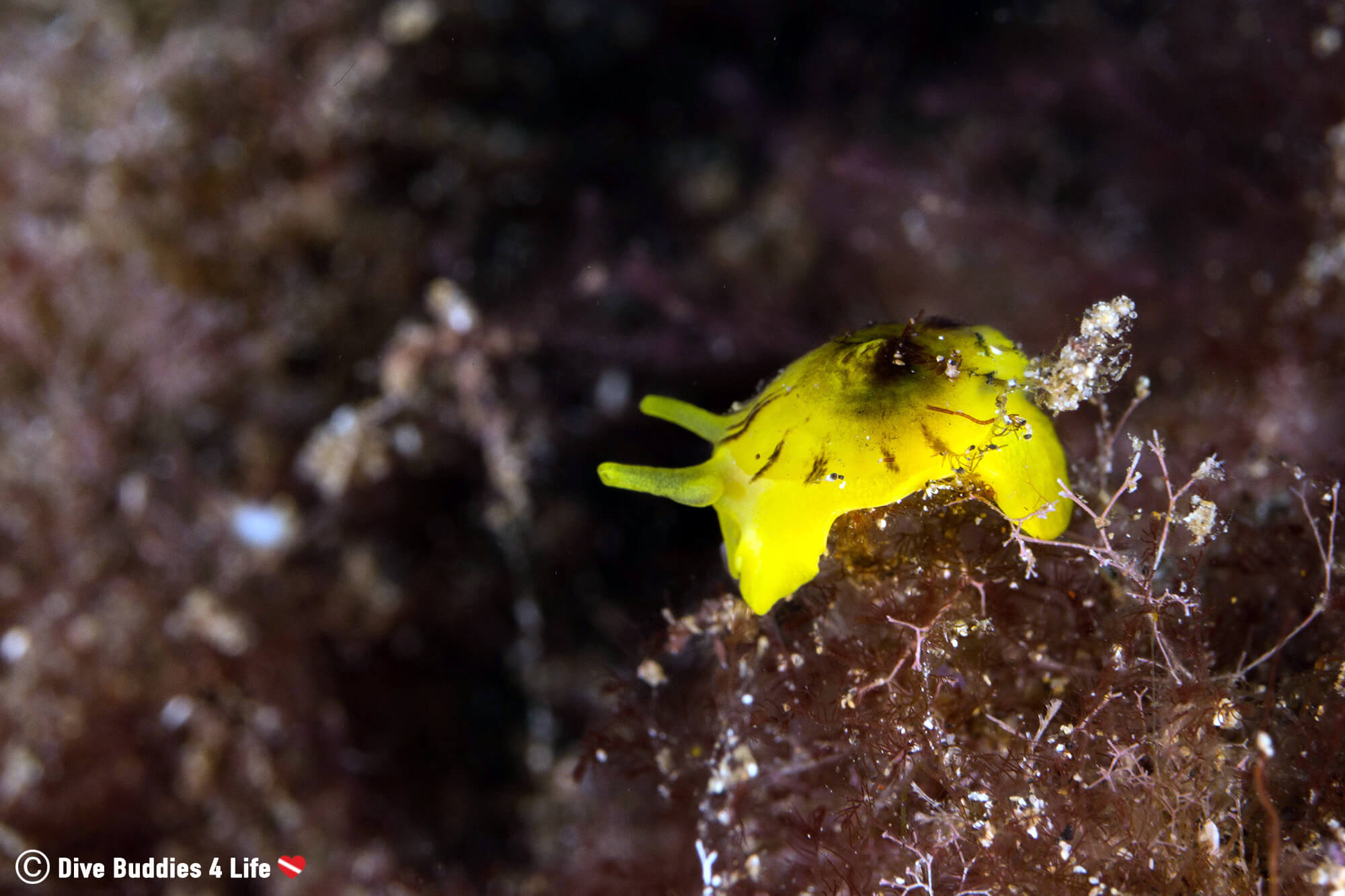 Between the island and mainland diving, Atlantic and the Mediterranean sea, this country offers ample warm and cold water opportunities for everybody. Scuba divers can find shipwrecks, caverns, marine reserves and unique animal encounters for every level. Listing just a few of Spain’s highlight dive locations, like Costa del Sol and Costa Brava, certainly does not do this country justice. 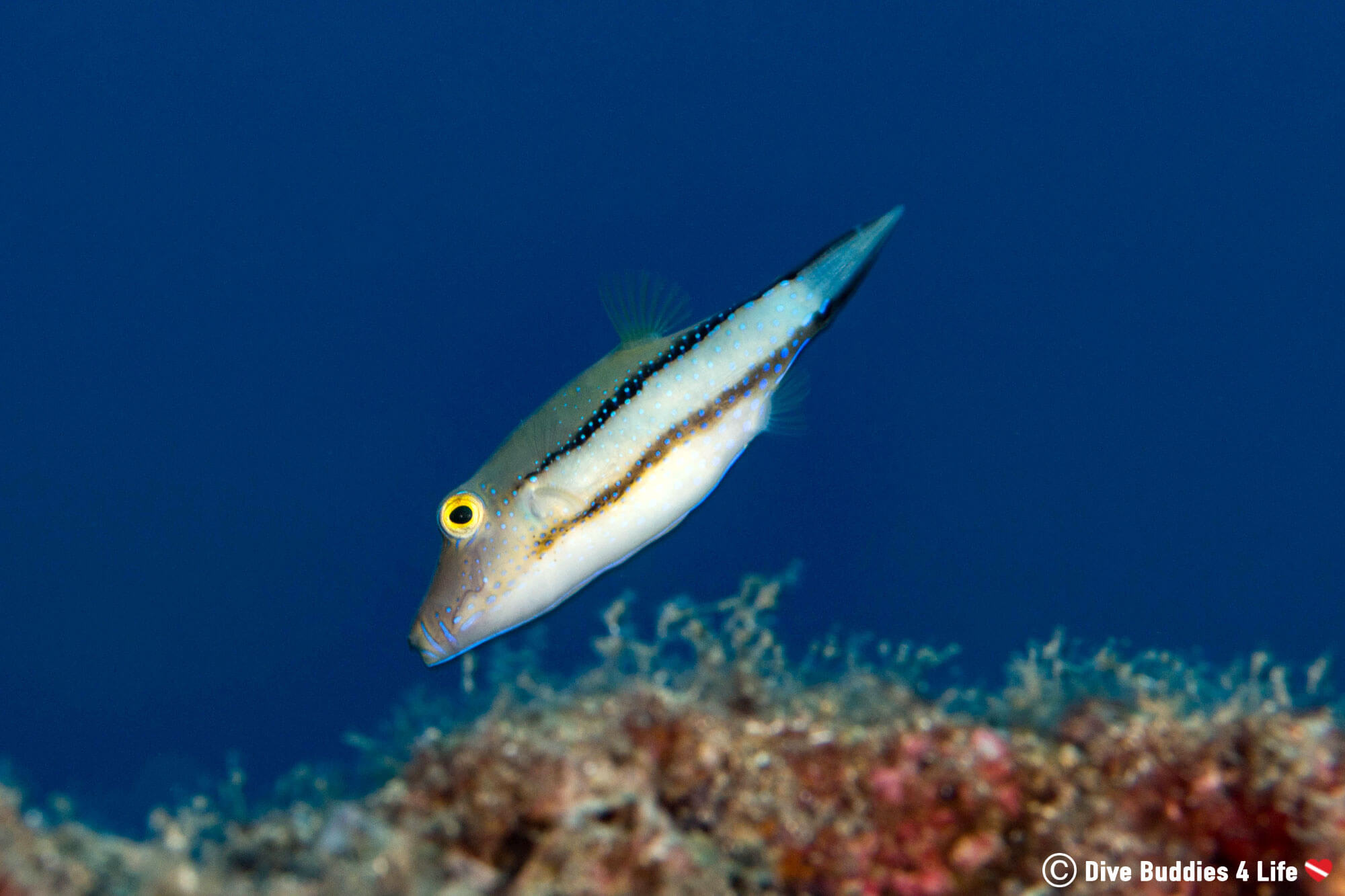 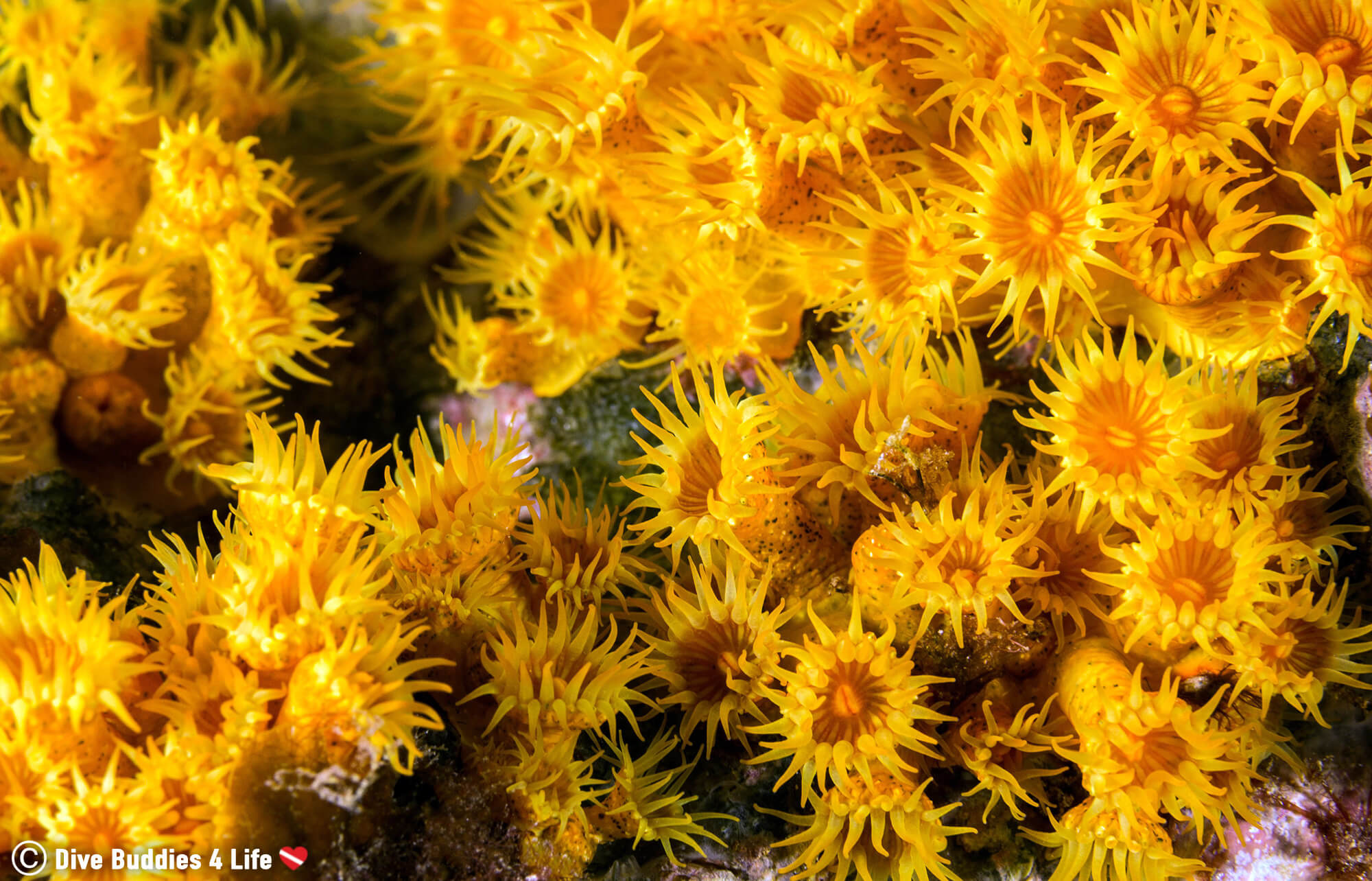 Have you ever been diving on Spain’s Canary Islands? If so what was your favorite island and dive site? 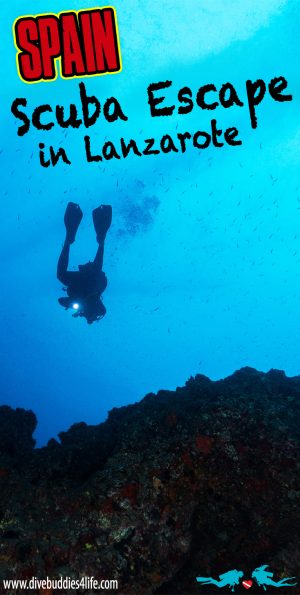