A Review of the Caribbean Action-Adventure Thriller Deep Cut

Adventurous thrillers are always books of mainstream interest. People love the feeling of living vicariously through one or more characters with an action-packed life. While scuba stories may be a plotline underrepresented in this genre of novel, the focus of scuba diving throughout the course of the Deep Series is one of the reasons I was so interested in reading them. 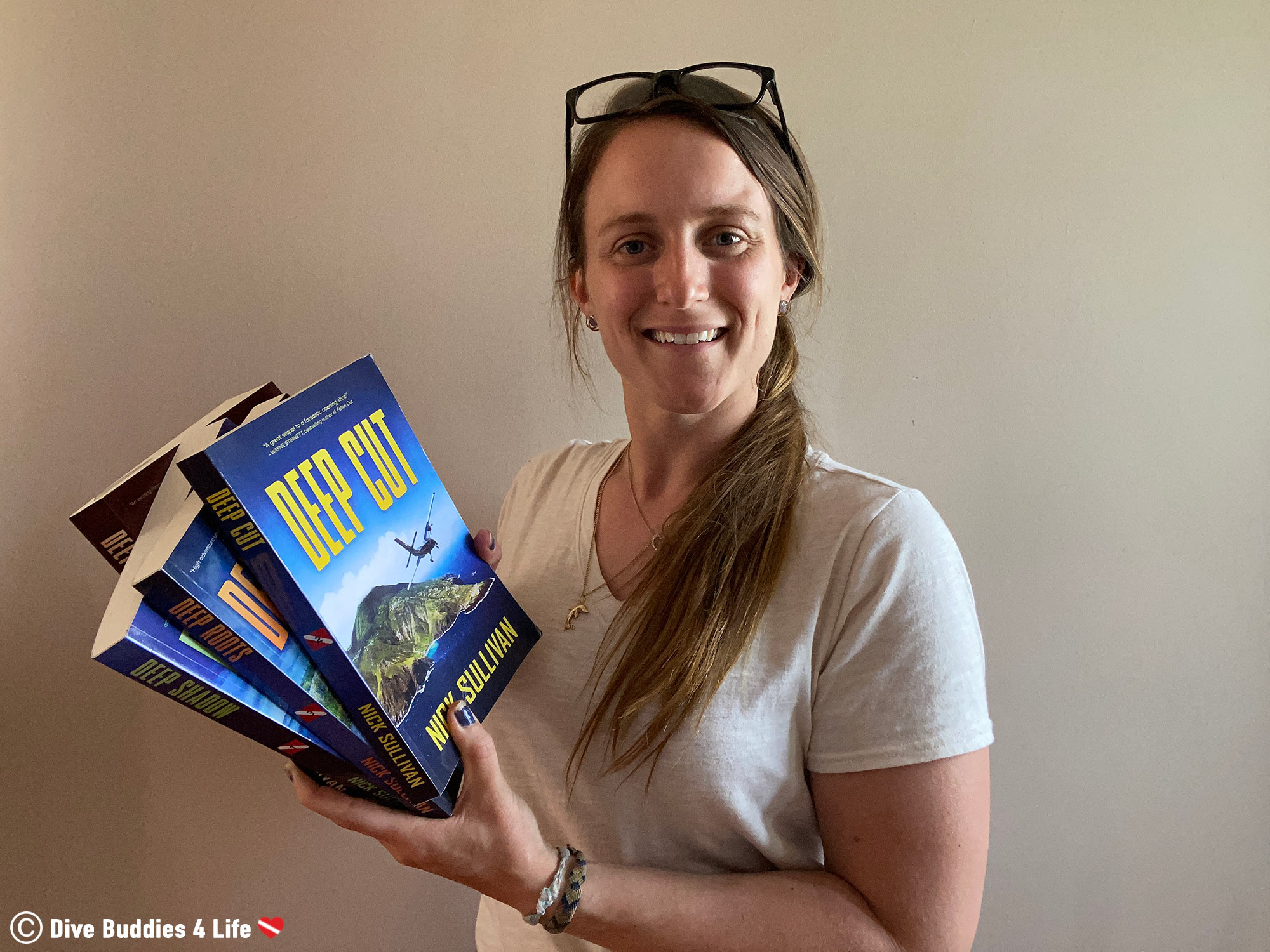 “Rising steeply from the turquoise waters of the Caribbean, the Dutch island of Saba is a sleepy paradise, the mountainous slopes dotted with little red-and-white cottages and the seas teeming with life. But this little oasis has a less tranquil history, many of its inhabitants having descended from smugglers and pirates.

Boone Fischer and Emily Durand are eager to explore their new home, but their peaceful lives are about to be shattered, as one of history’s most powerful hurricanes begins to form—and, as if that weren’t enough, a savage evil has made its way ashore. In this sequel to the Best Seller Deep Shadow, Nick Sullivan brings the readers to another fascinating corner of the world and sends them into a swirl of action and adventure.” 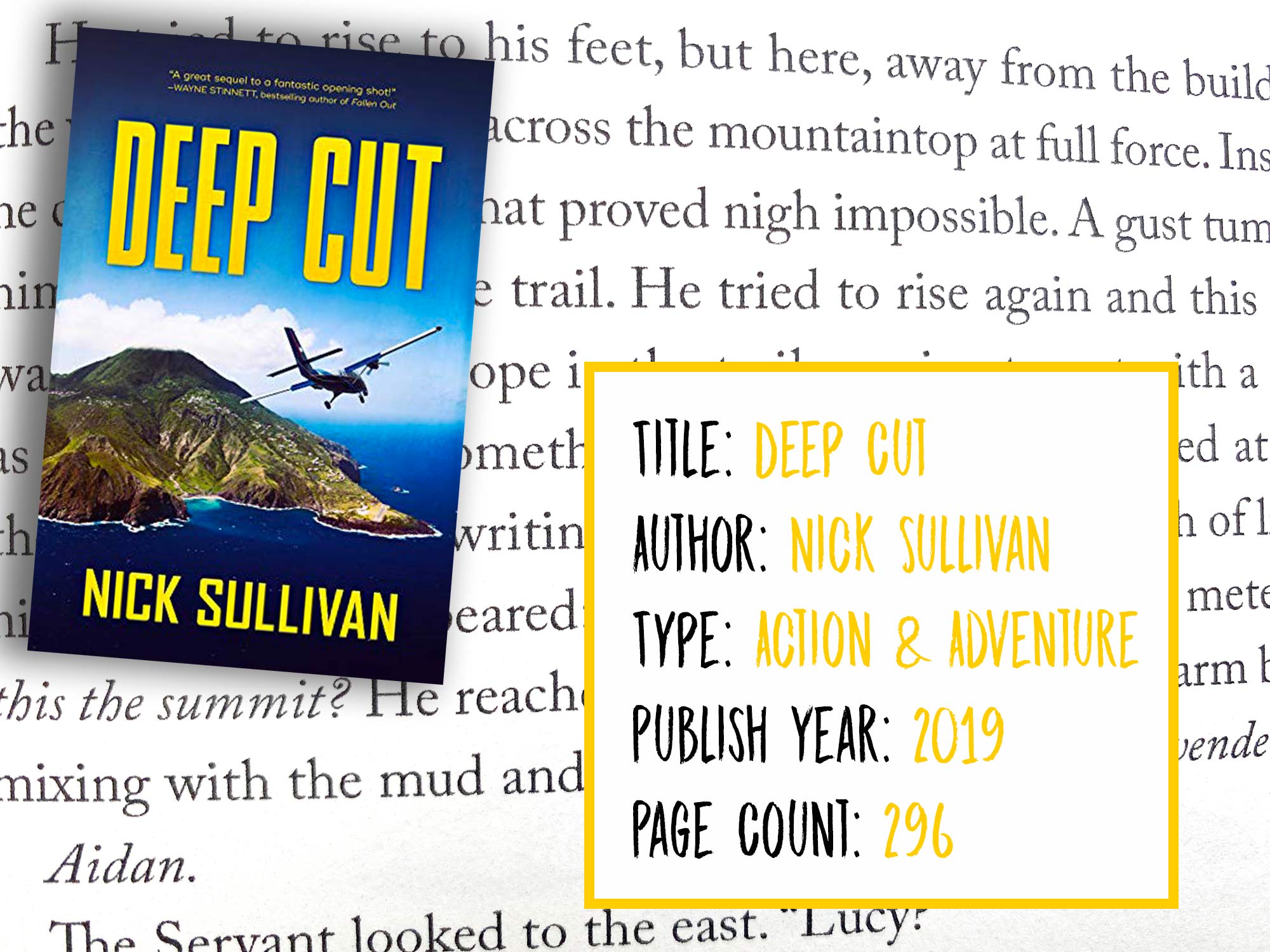 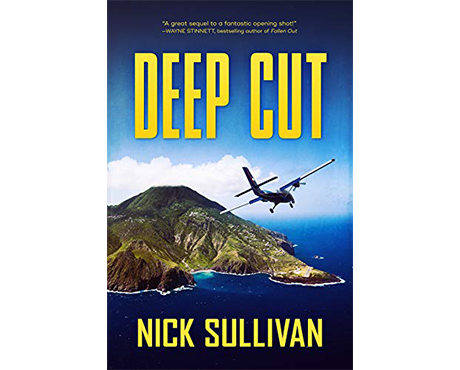 Deep Cut – Nick Sullivan: Deep Cut is the second book in the Deep Series. This novel takes readers through yet again another action-packed scuba diving adventure with dive buddies Boone and Emily’s. Get your copy on Amazon.ca or Amazon.com.

Nick Sullivan is an author, actor, narrator and avid scuba diver. Born in East Tennessee, he’s spent the bulk of his adult life in New York City, working in theater, television, film and audiobooks. After recording hundreds of books over the last twenty years, Nick decided to write his own novel.

The Deep Series (formerly “Caribbean Dive Adventures”) is a succession of books inspired by decades of scuba travel. The first book Deep Shadow is set in Bonaire, the second on the little Dutch island of Saba and the thirds and fourth focusing on Caye Caulker, Belize and Cozumel, Mexico respectively.

Although Nick still lives in New York City, he tried to sneak off to the Caribbean every chance he gets. 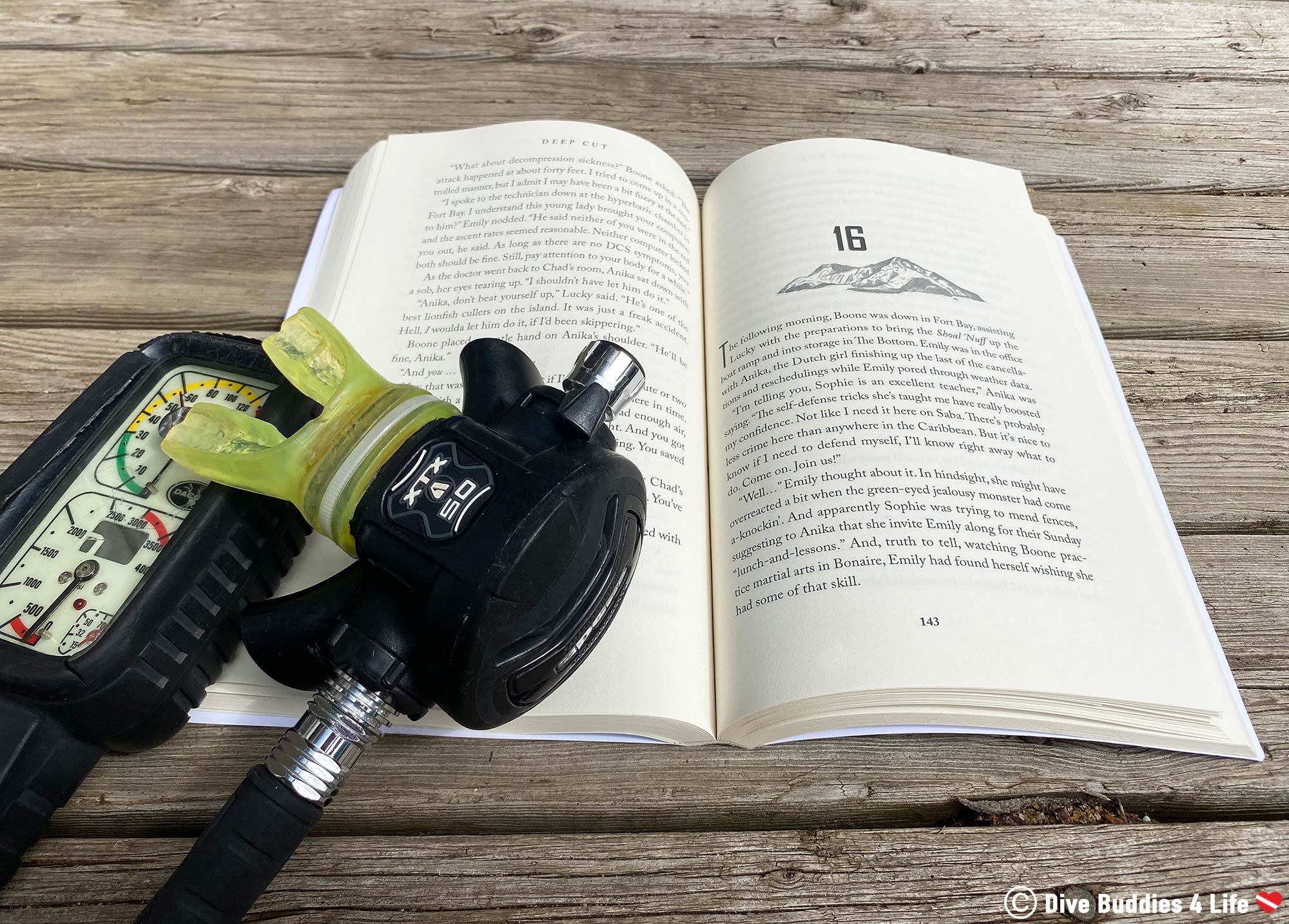 Submerged into Saba with Deep Cut

After having read the first book of the Deep Series, Deep Shadow in just shy of a week, I needed little convincing to move on to its sequel Deep Cut. I love a good book that melds adrenaline-pumping extreme sports into a mystery-type plotline.

Deep Cut by Nick Sullivan is the follow-up novel to Deep Shadow, where diver protagonists Emily Durand and Boone Fischer stumble across a chain of obscure disappearances and murders that are all mysteriously linked. For me, the style and tone of Nick Sullivan’s writing make him one of those authors that I am immediately drawn to. This fictional story is based on the real volcanic island of Saba.

Similar to Deep Shadow, within the pages of Deep Cut, the storyline alternates between the hero’s point of view and villains. It offered glimpses behind the curtain of how this novel would progress all while sprinkling trickles of action to keep the reader invested in the story. As a reader, I find this back-and-forth narrative appealing, and love to jump into an antagonist’s shoes as a way to understand the method behind their madness. Coincidentally there is a lot of madness to be had with this book’s villain.

In contrast to Deep Shadow, where I found the action begins right smack from the first chapter, Deep Cut started off a little softer, setting the stage on the island of Saba and thoroughly developing the characters. It gave me the opportunity to really get the feel of what a day in the life of a dive guide was. It also allowed me to befriend a crew of characters each with their own quirks. The novel’s slower pace was an interesting difference between the first and second books and as a result, I found the secondary characters in Deep Cut to be much more engaging, personable and have an overall bigger role in the plot development.

I’ve said this before and I’ll say it again, with the recent flurry of novels being used on-screen, I truly feel this would be a compelling book for TV and film. It’s action, it’s adventure and it’s the edge-of-your-seat kind of material.

The Rest of the Series: Deep Shadow, Deep Roots and Deep Devil

If you enjoyed reading Deep Cut, this scuba diving author has created the book as part of a larger series. You may have already read the first book in the series Deep Shadow. This collection of adventure books follows dive buddies Boone and Emily as they travel and dive in different locations across the Caribbean. Through the pages of these four thrillers, Boone and Emily accidentally find themselves at the heart of some very unsavoury situations working together to uncover the truth and save the day. 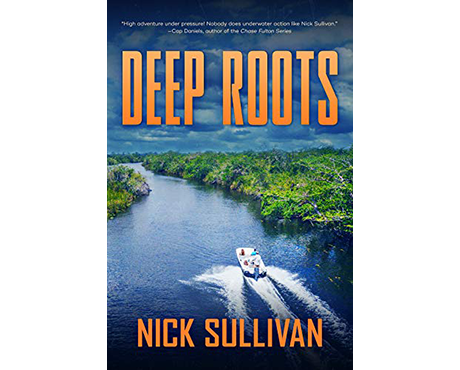 Deep Roots – Nick Sullivan: Deep Roots is the third Caribbean action-adventure thriller in The Deep Series. It takes the reader on a whirlwind tour of Belize, from tropical rivers to jungle ruins lost in time. Get your copy on Amazon.ca or Amazon.com.

For any scuba divers in search of a good read on their surface interval, I would highly recommend Nick Sullivan’s Deep Series. This extreme-sport thriller was a hard book to put down and I am very excited to see what Nick will come up with next. 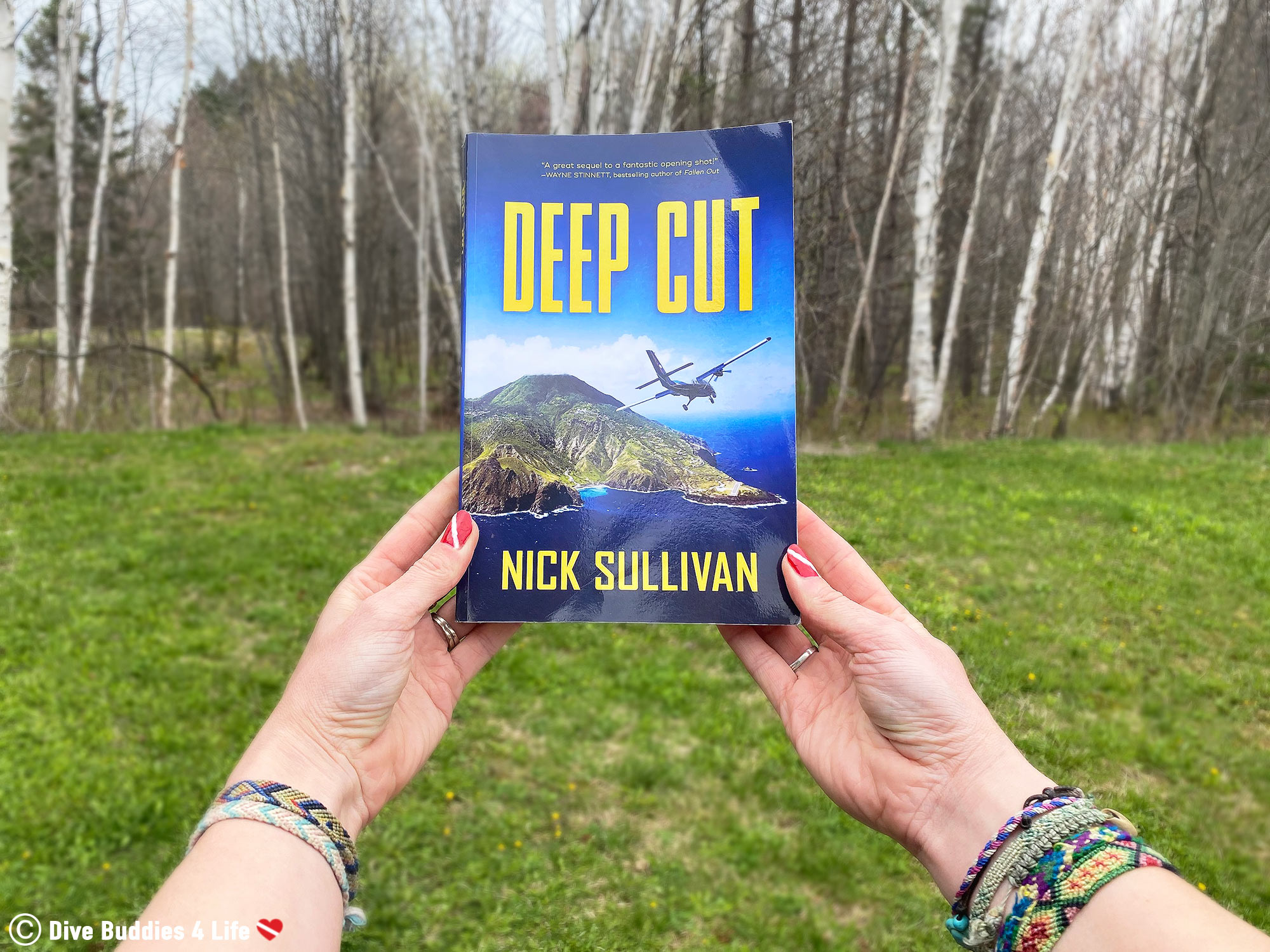 Have you had the opportunity to read any of Nick Sullivan’s books yet? Were you as entranced as I was by the plotline, characters and story? Let us know your opinion in the comments below.

Writers Note: This scuba diving book review was sponsored by the book author Nick Sullivan. All novels were provided to Dive Buddies 4 Life by the author in exchange for the review. All comments and thoughts in relation to the book are honest and strictly that of Dive Buddies 4 Life. For more information on the book or to get your copy visit Amazon or the Deep Series website. 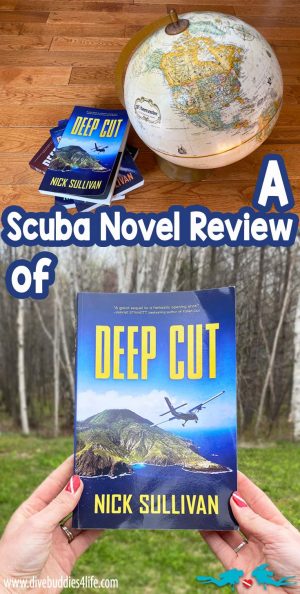