Review of The Secret of Rosalita Flats

Scuba diver by day, book worm by night, the only thing I’m missing is a cape. Yes, it’s me your scuba superhero and I am here to review and showcase a scuba read (well actually two – I’m in the process of reading the second one) to pass the time on your next surface interval.

The Book: The Secret of Rosalita Flats

“Most people dream of being stuck on a tropical island, but Cal Batten just wants to sell his dad’s ramshackle, football-shaped house, fly home and pay off his creditors. Problem is, his dad’s will’s gone missing, what passes for an attorney has his own agenda and the wacky locals may tear the house apart to get at the gold and jewels they reckon are hidden inside. There’s also his childhood former-best friend, now a beautiful scuba instructor, who just might drown him out of spite. Cal has to dodge sharks – on land and underwater – if he’s to unload the house and escape the crazy little rock.” 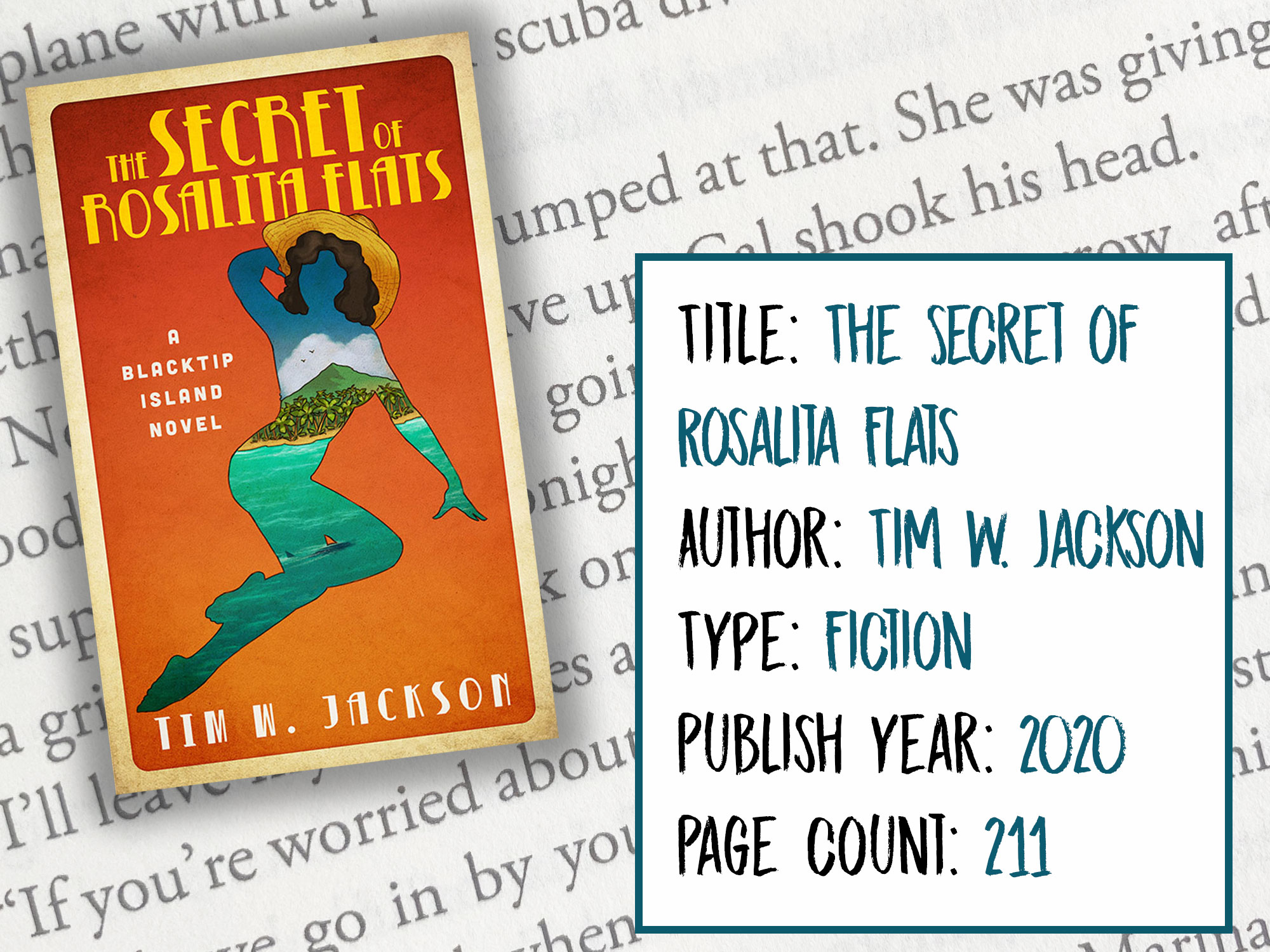 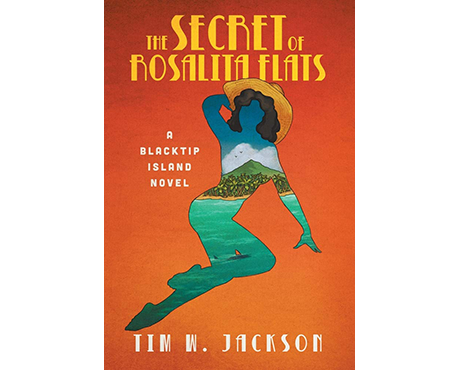 Tim W. Jackson’s first taste of scuba diving came at the age of six when he sneaked breaths off his dad’s double-hose regulator in the deep end of the pool. Later, as an ex-journalist armed with a newly-minted master’s degree in English, he discovered he was qualified to be a bartender, a waiter, or a Ph.D. student. Instead, he chose to run off to the Cayman Islands to work as a scuba instructor and boat captain and write fiction at night.

Twenty years later, Mr. Jackson is the award-winning author of the comic Caribbean novels Blacktip Island as well as The Secret of Rosalita Flats. He also authored The Blacktip Times humor blog. His Tales from Blacktip Island short stories have been published in literary journals worldwide. 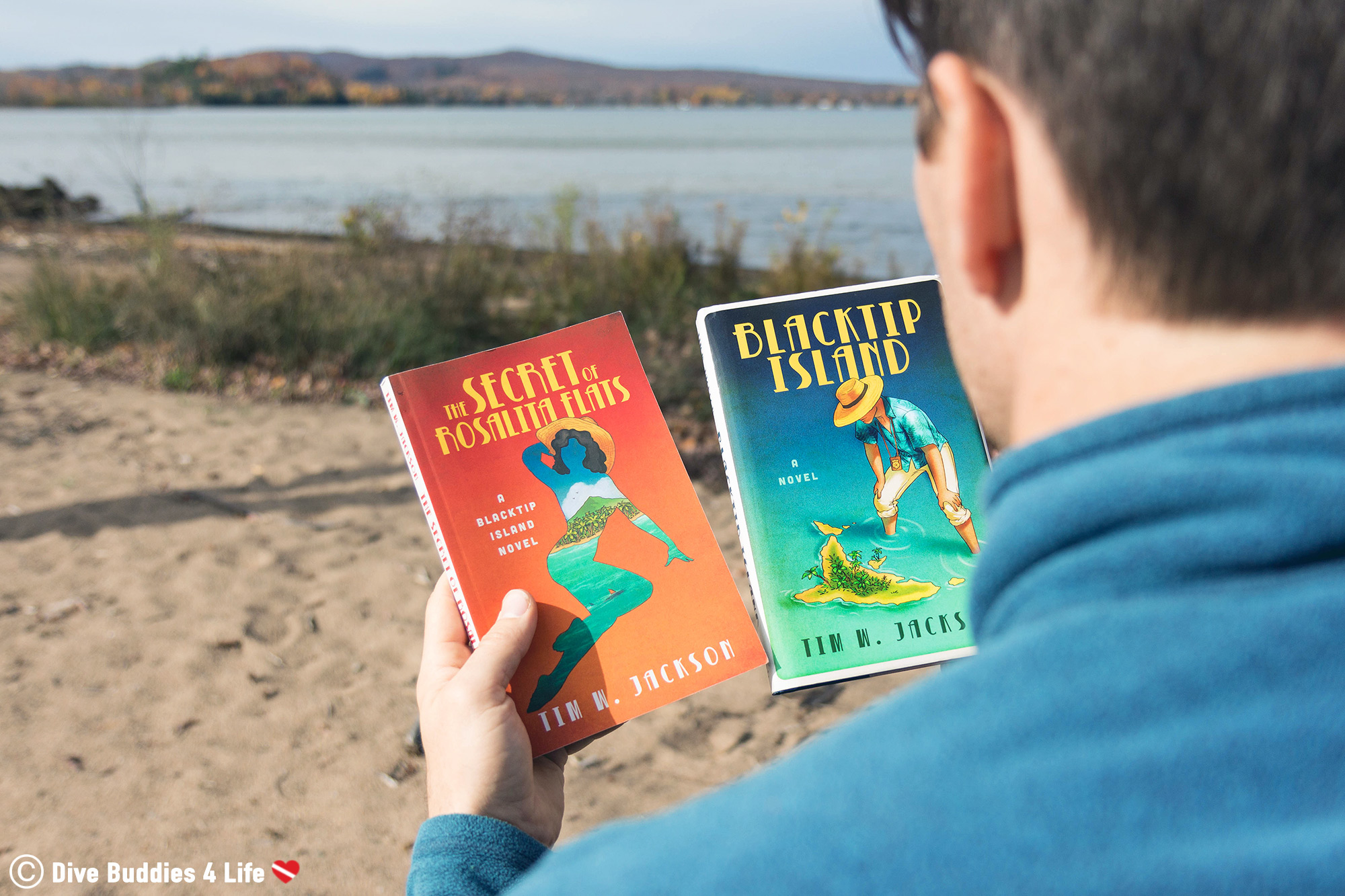 Diving into The Secret of Rosalita Flats

This book came to my attention when the author himself reached out to Dive Buddies 4 Life asking us to review and provide feedback on the book. As you can imagine, being an avid reader, I was elated to connect with a scuba loving soul and check out his work.

At first glance, the Secret of Rosalita Flats started off a little slower than I would have liked. In the beginning, I found myself a little lost in the character development and staging of the novel. However, once I had worked my way past the introductions, the plotline picked up. In the Secret of Rosalita Flats, there seemed to always be something important going on, be it with the mishaps at Cal’s dad’s house or the main character learning to scuba dive. The more I found out about the storyline and characters the more intrigued I became. It made for a nice flowing read sprinkled with little details that made the story plausible and memorable.

Tim is a very witty storyteller with a knack for integrating scuba diving, a hobby he and I both share, into the narrative of The Secret of Rosalita Flats. I’ve read several fictional novels that portray scuba diving and being a diver since my late teens, I often find myself displeased with the lack of detail and realism that comes with this territory. The author did a good job of showcasing the underwater aspects of this Caribbean mystery. I found that they are depicted in a way that is satisfying to even the more advanced of scuba divers.

During such an unforeseen time, it was nice to get lost in this Caribbean mystery affording me the opportunity to transport myself south and practically taste the salty seawater and feel beach sand squishing between my toes. For the first time in many months, the story allowed me to reflect on past dive adventures and truly miss being submerged in the tropics. 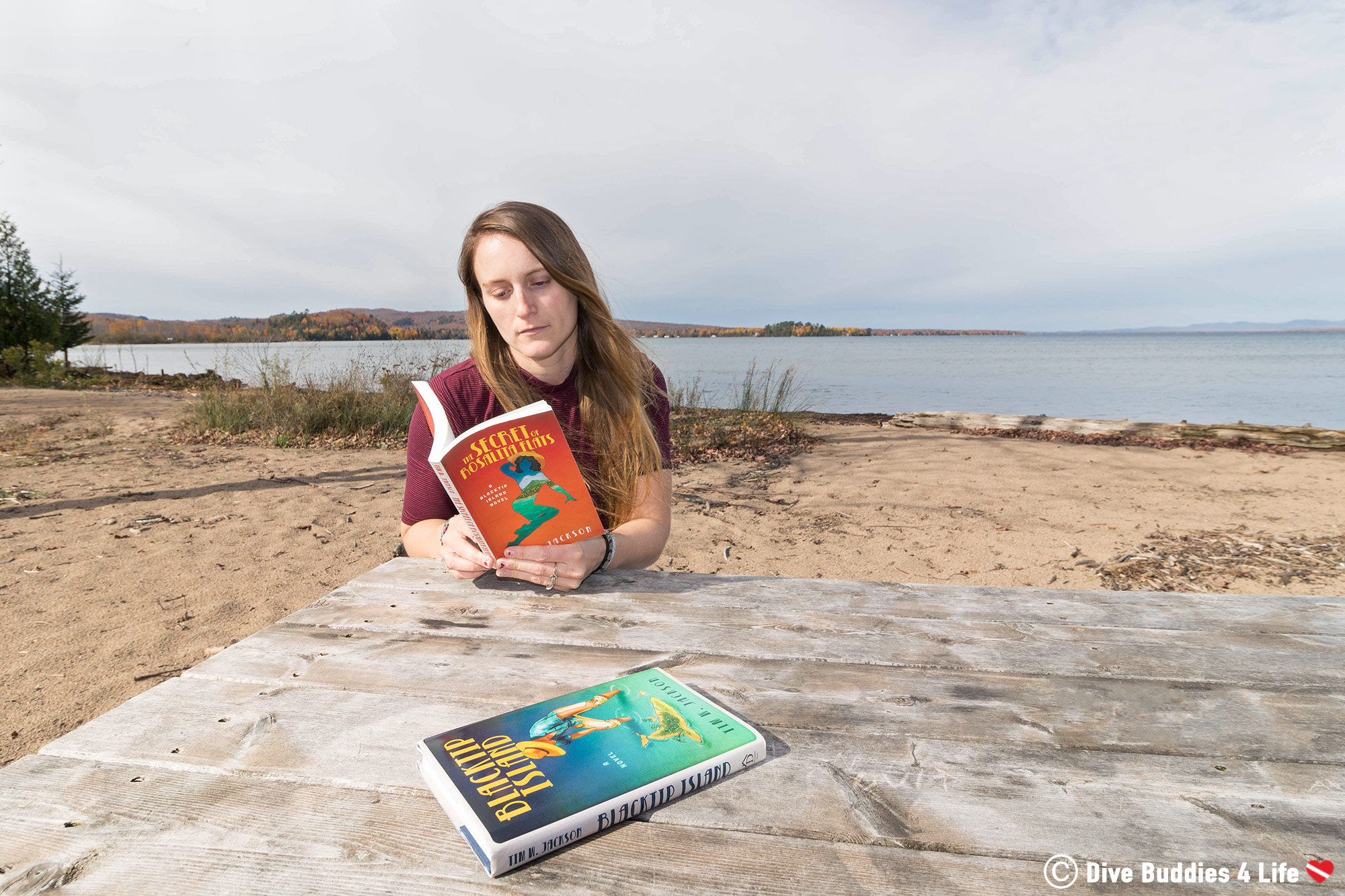 If you enjoyed reading The Secret of Rosalita Flats, the scuba diving author also has another book entitled Blacktip Island, published in 2016. The book follows embezzler Blake Calloway as he high-tails it to the Caribbean, ahead of the Feds desperate to restart life as an anonymous divemaster in a tropical paradise. Throughout this quirky book, Blake quickly discovers “tropics” doesn’t mean “paradise,” creating an irresistible comedy for anyone who’s ever dreamed of trading the rat race for a hammock under the palm trees.

I haven’t started reading this book yet but look forward to indulging in another one of Tim’s written scuba works. 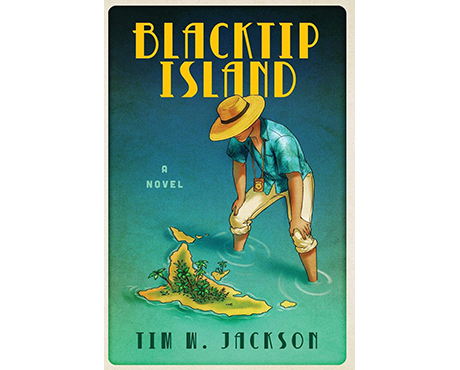 Blacktip Island Novel – Tim W. Jackson: Inadvertent embezzler Blake Calloway high-tails it to the Caribbean, a step ahead of the Feds and desperate to restart life as an anonymous divemaster. Get your copy on Amazon.ca or Amazon.com 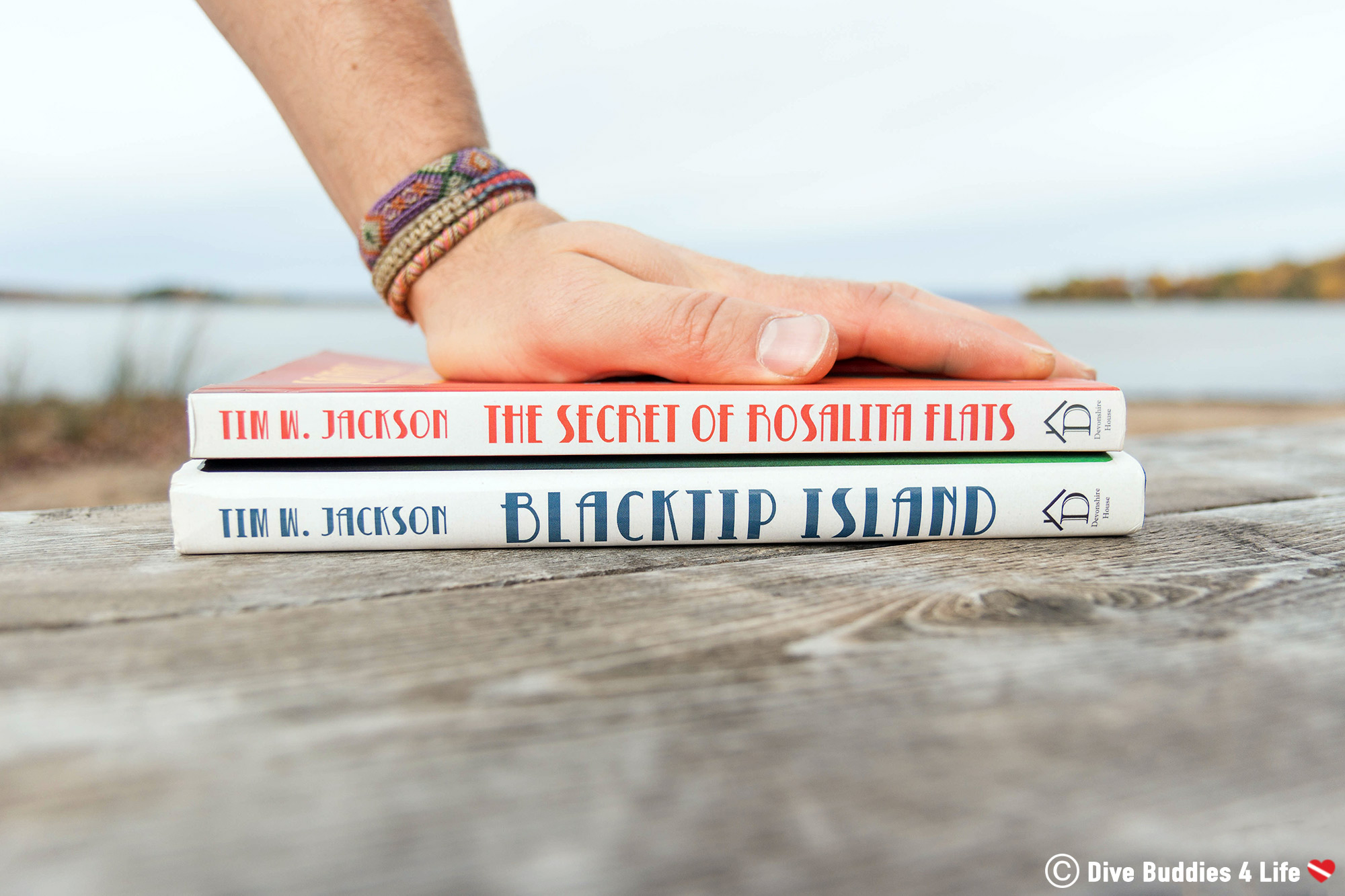 Have you had the opportunity to read any of Tim W. Jackson’s books yet? What did you think of the plotline, characters and story? Let us know in the comments below.

Writers Note: This scuba diving book review was sponsored by the book author Tim W. Jackson. Both novels were provided to Dive Buddies 4 Life by the author in exchange for the review. All comments and thoughts in relation to the book are honest and strictly that of Dive Buddies 4 Life. For more information on the book or to get your copy visit Amazon or the author’s personal website.