While most people are familiar with the well-traveled country of Greece, its neighbour Macedonia is rarely found in the travel headlines. Being one of the poorest countries in Europe, Macedonia has a rich history beginning with the kingdom of Paeonia back in antiquity. This Balkan country is a successor state of the former Yugoslavia and in 1991 declared its independence. Even though there is still tension between the Albanian minority and the Macedonian people, this country is slowly making a name for itself.

Macedonia: Diving the Bay of Bones

Let history and archaeology collide as you plunge into Lake Ohrids Bay of Bones and scuba dive beneath a UNESCO World Heritage Site. 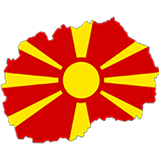